Starting the New Year with a Bang

We all slept in on New Year's Day after our late night.
I was getting ready the next morning when I heard a HUGE shriek from out in the living room. Sam was out with the boys, so I didn't react immediately, but when it was followed by another shriek, even louder this time, I ran out of the bedroom to see what was happening.
Sam was holding a screaming Lincoln and blood was dripping from his mouth.
"I think he broke his tooth," Sam reported.
Sure enough, Lincoln's brand-new front tooth was broken diagonally across it and his lip was swelling rapidly. 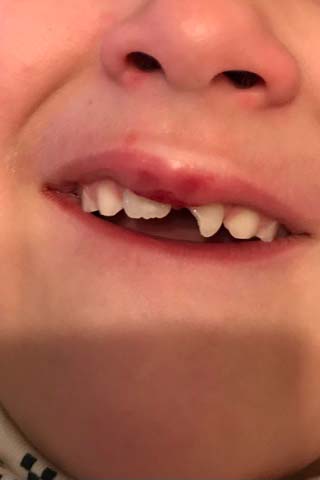 Evidently, he had been diving with a pillow held on his torso to slide on the floor penguin-style. Unfortunately, he miscalculated on one dive and instead did a faceplant right into the hardwood floor. I called the pediatric dentist, but they were closed since it was New Year's Day.
However, they had a number to call the on-call dentist, so I called and left a message.
In the meantime, I started texting a friend in the ward who is a dental assistant, and ultimately Sam ended up taking Lincoln to go see a dentist in the ward who was very kind and willing to take a look.
While they were gone, the on-call dentist called me back and we chatted about the tooth. He said that it would be fine to wait until Monday (it was Friday) to bring him into the dentist if he could handle the pain. He said often the initial pain they feel is just from the impact of the break, and he very well may be able to eat and drink without too much pain over the weekend. He told me to call him back if Lincoln was in excruciating pain, but otherwise to give him some Tylenol and see how he did.
But after the dentist in our ward looked at Lincoln's tooth, he said the pulp was exposed and would likely continue to be really painful for him. Unfortunately, the office where he works didn't have the appropriate materials for him to fix Lincoln's tooth, but I texted the on-call dentist and explained the update. Initially, he said that Lincoln still may be fine with the pulp exposed a little and to still try some Tylenol, and maybe some orthodontic wax over it. But a few minutes later he called me back and said that he was going to be going to visit his brother an hour away the following day, and he didn't want us to have an emergency situation when he wasn't nearby, so he wondered if we could meet him at the office for him to do what he could without a dental assistant to get us through the weekend.
Sam took him in and Lincoln was happy as a clam when he came back, armed with a milkshake and claiming the tooth didn't hurt at all anymore! 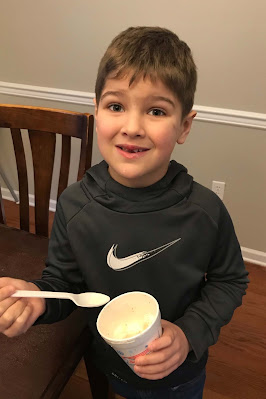 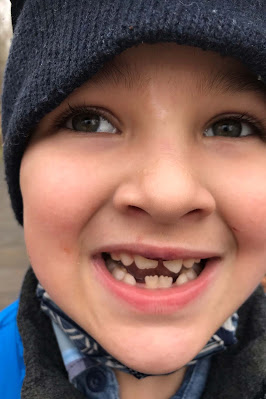 On Monday, I took Lincoln into the dentist and a different dentist completed the repair by building up the tooth. It will be replaced with a crown in his late teenage years, but this is the best solution for now in his developing mouth.
It was a little bit tricky to do since his brand-new teeth are still at kind of crooked angles they had to follow, but I think they did a great job.
Hopefully it stays put--the dentist said he sees some kids every few months to get it re-fixed, while others keep the same repair all the way until their teenage years. It just depends on how active they are.
For now, he's lost the privilege of biting into an apple without cutting it, but other than that he's back to normal! 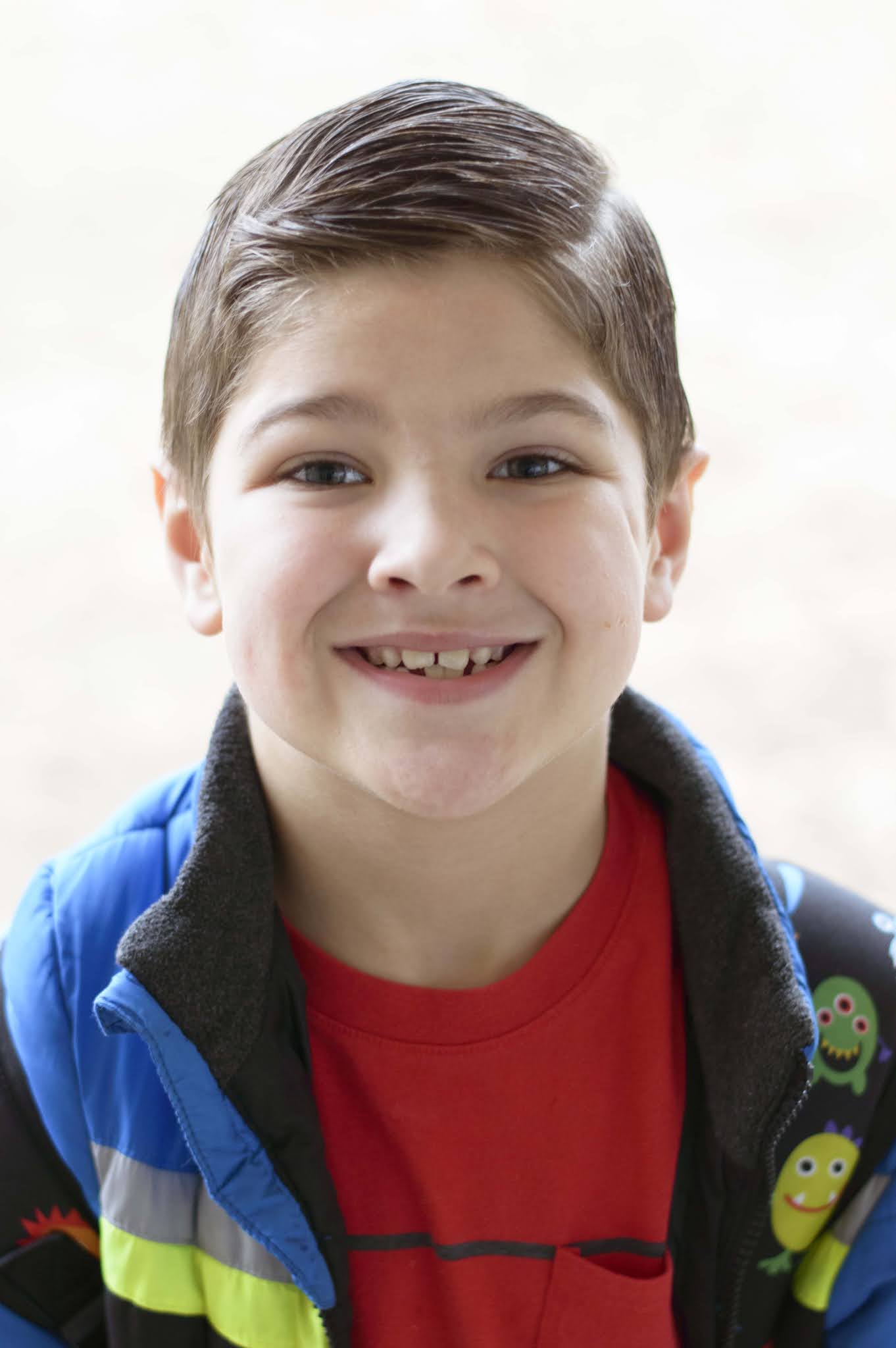