On Thursday, we visited the Pink Palace for another members' party--this time for the opening of a new IMAX movie about dinosaurs in Antarctica!
The boys spent a good chunk of time playing with the exhibits in the lobby before we headed over to the refreshment table and munched on cheese and crackers, pasta salad, fruit, and brownies. 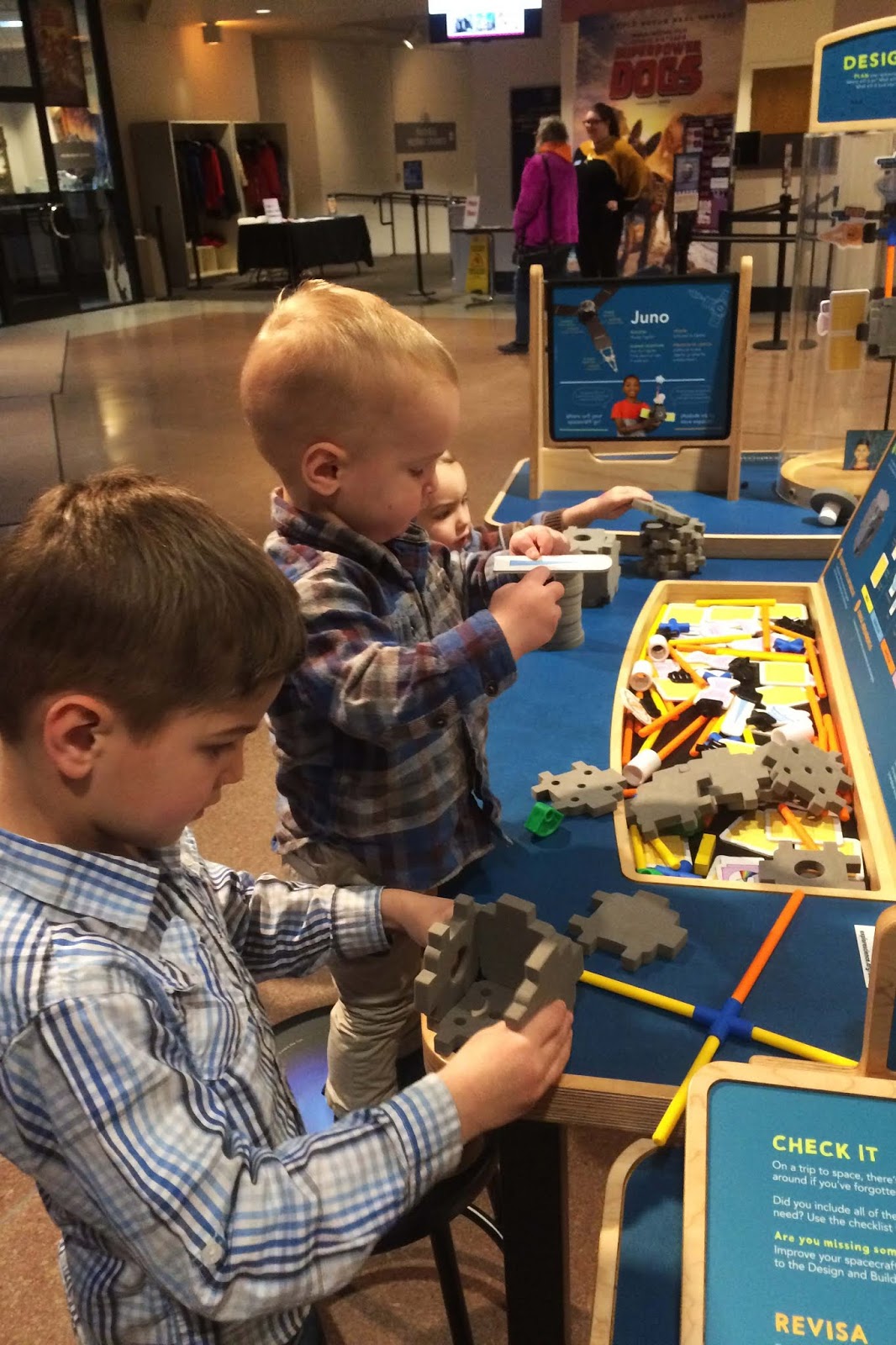 Delta Dental was the main sponsor for the movie, so they had their tooth mascot there.
He came over to the boys and snuck up on them--they mostly thought he was hilarious, but poor Benson was terrified and his entire body started shaking violently!
The blur in the bottom right of the second picture is Lincoln escaping the tooth as he tried to "brush" him with his toothbrush. It was pretty amusing. 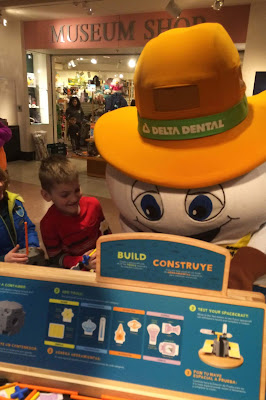 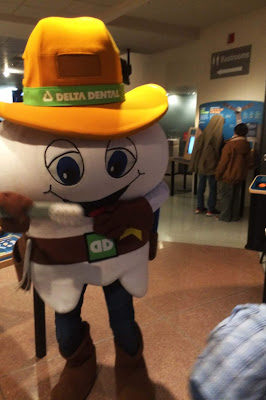 After refreshments, we went to check out the dinosaur display.
The boys got to touch a real dinosaur leg fossil (I think Stegosaurus?)
and dig for other dinosaur fossils. The woman running the exhibit was very knowledgeable and sweet with the kids. 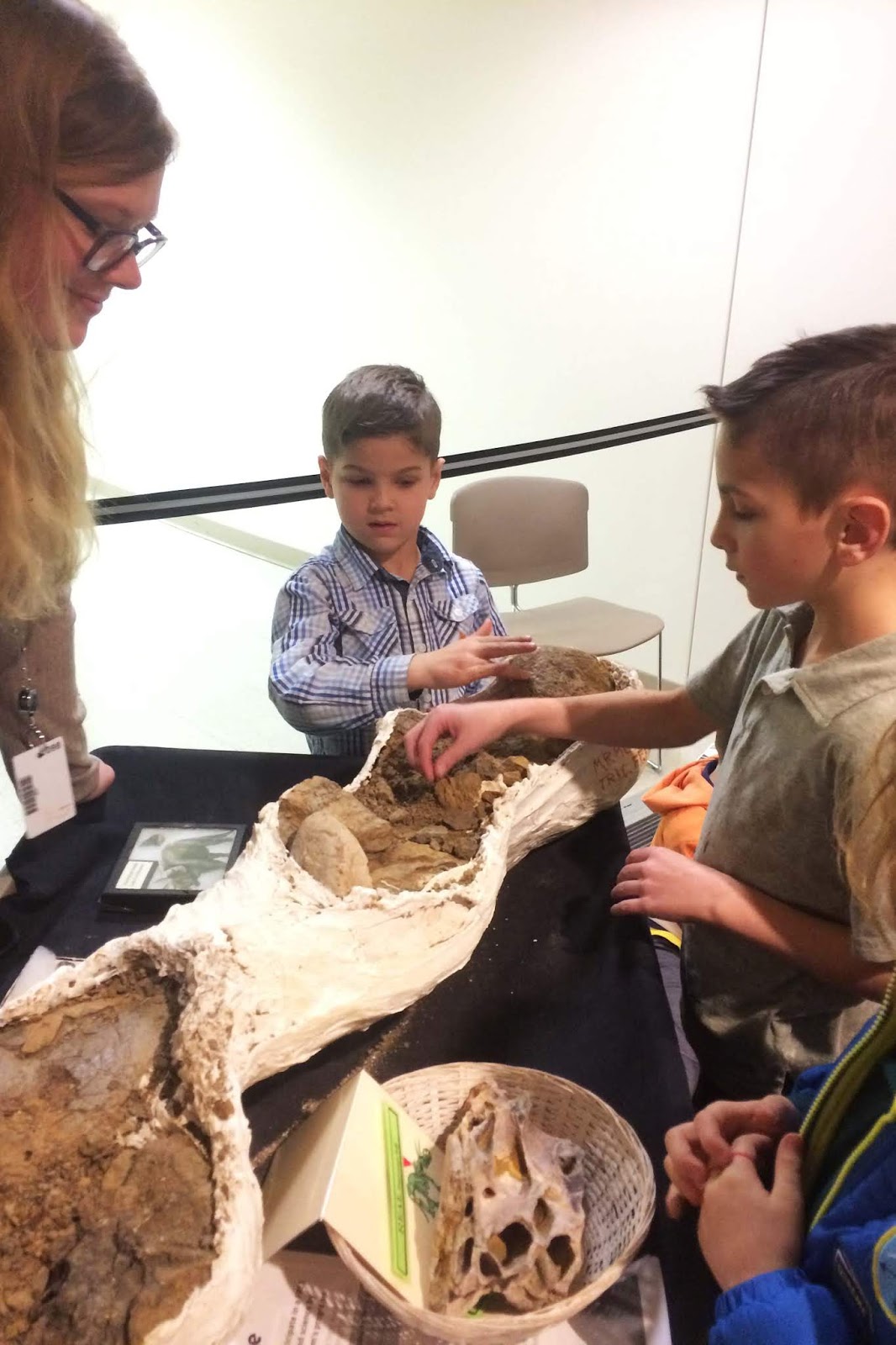 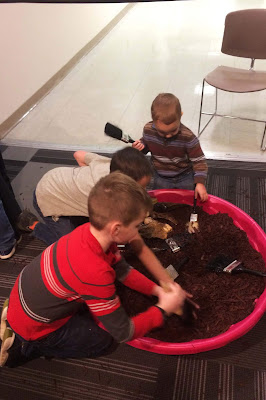 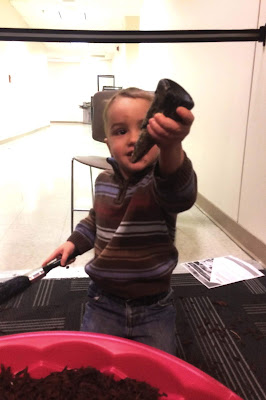 Then we headed in to watch the movie!
It was interesting to learn about how scientists excavate for fossils in the frozen rock of Antarctica and see the beautiful dinosaur animations. Maxwell was literally perched on the edge of his seat the entire time! 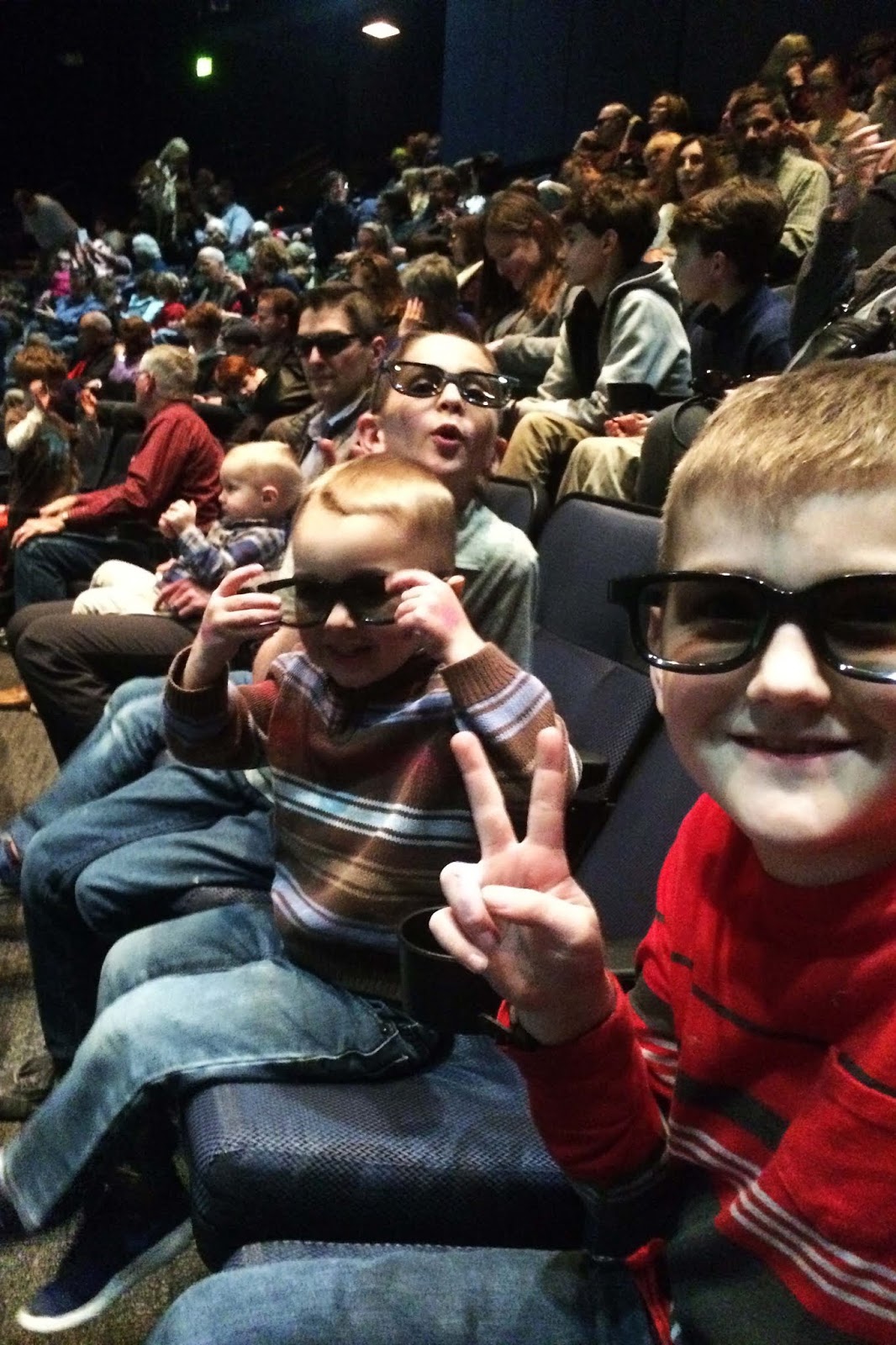 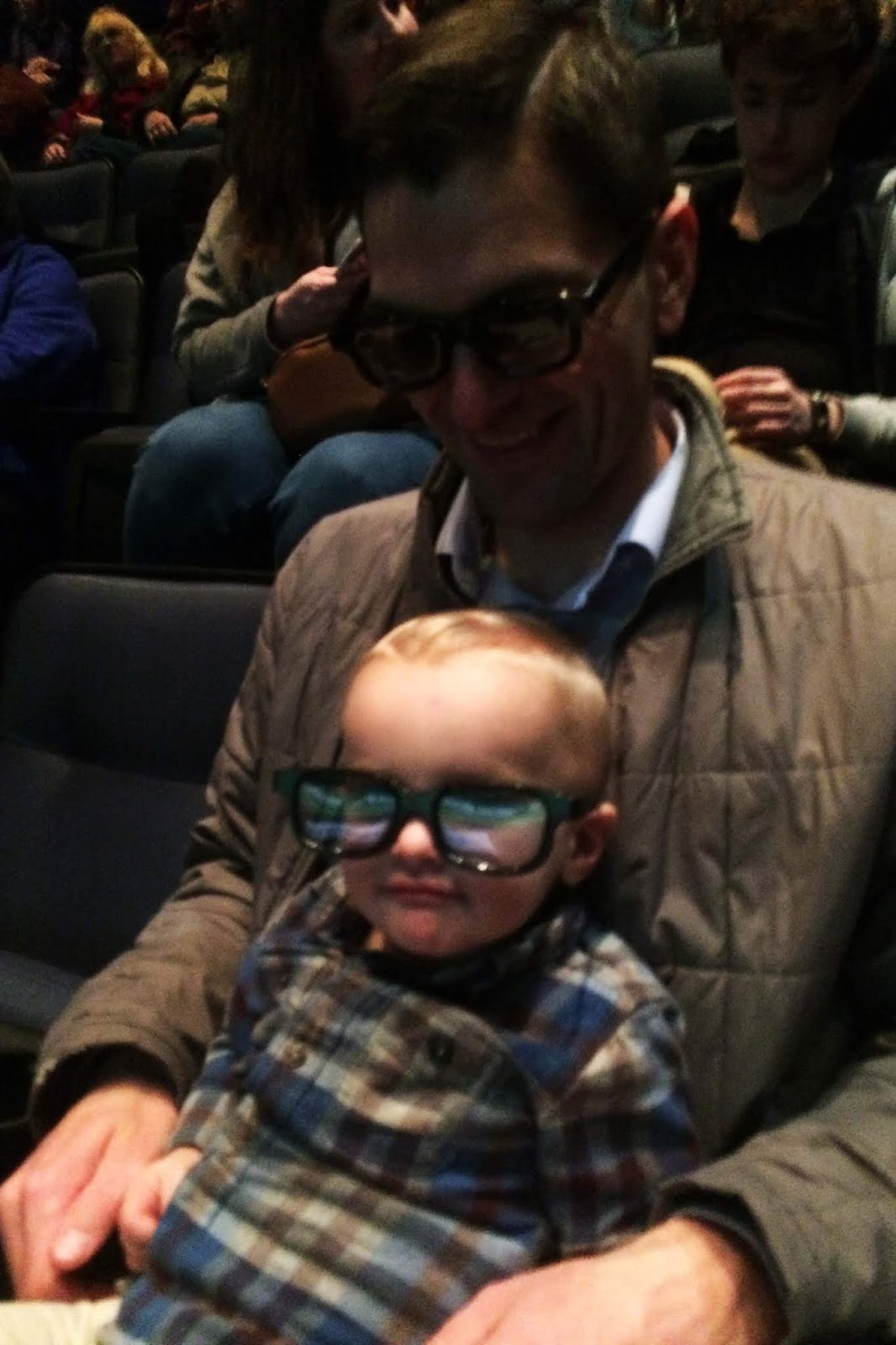 Sam and I were sitting on either end of the boys to allow Benson some space to roam during the movie if needed, and at one point in the movie our eyes met across those 5 heads and we shared a knowing smile. Our first date was to the IMAX theater nearly 12 years ago! If we could have been given a glimpse then of that night at the Pink Palace, I wonder what our thoughts would have been.
It has been so fun to be members of the Pink Palace this year.
Posted by Kaitlyn at 10:30 PM