I was struggling to come up with a theme for Wesley's birthday party that we were both excited about and that I could come up with a lot of ideas to go along with.
But the day the boys decided to be dragons for Halloween, it hit me: The Dragon Slayers' Academy!
I had planned way too much for the 18 or so kids that were crammed into our house (it was raining outside) so we didn't get to all the games and the party was a bit chaotic.
I didn't manage to snap more than a few pictures, but I think all in all it was a success! 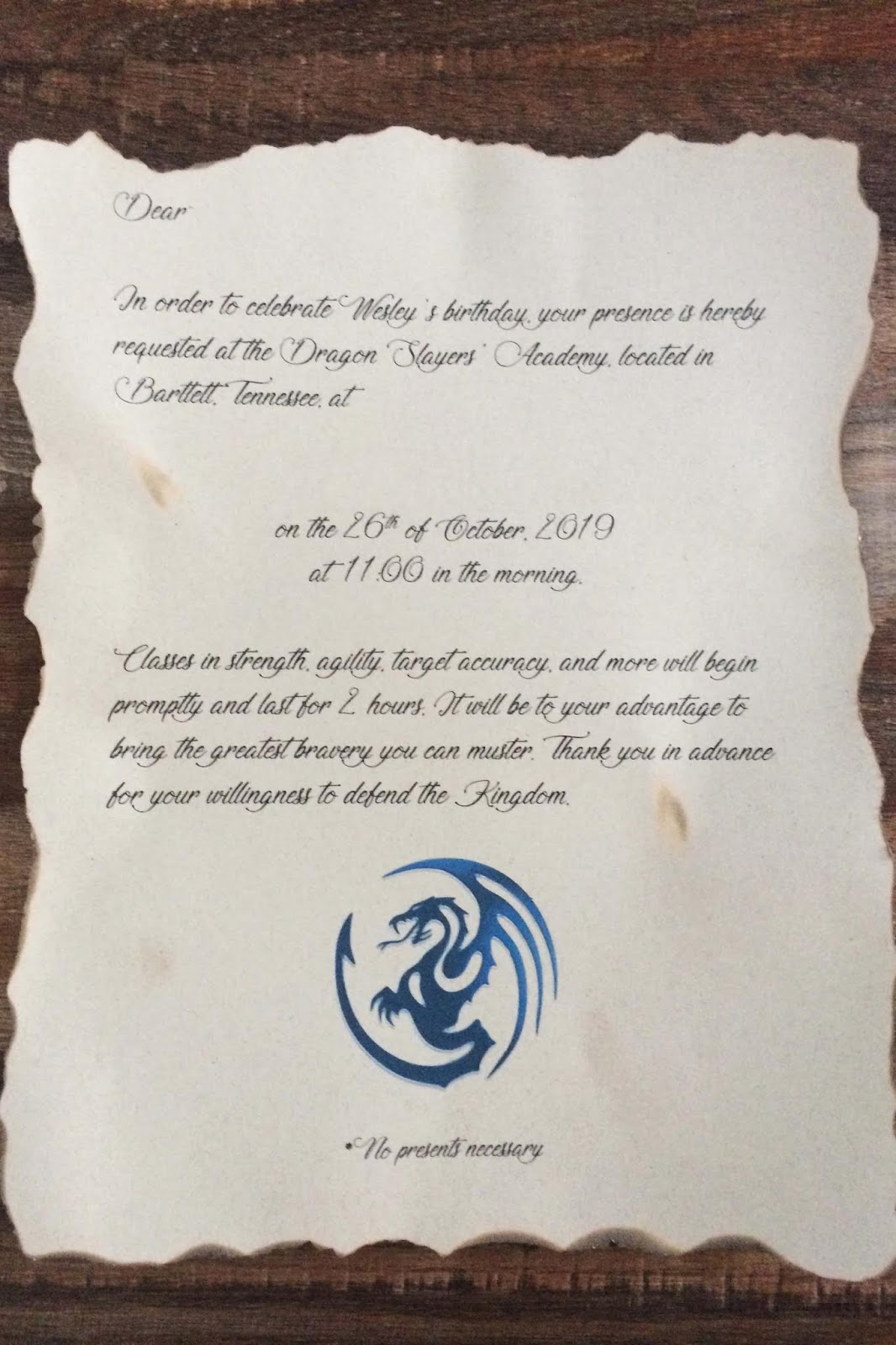 -Target Practice (Each kid had three chances to hit Talmage, who was dressed like a dragon, with a bow and arrows.)

-Slay the Dragon to Retrieve the Stolen Treasure (A dragon pinata, filled with Hershey's Nuggets and Rolos.)

-Escape the Dragon's Lair (A variation of the game "Categories," where the dragon stood with his back turned and called out dragon/castle related items. If the item each child was thinking of was called out, they would try to sneak over to the door and touch it and return to the other side without the dragon hearing and turning around to catch them!)

-Dragon Tag (We couldn't do this one since it was raining...a dragon had a lair and was armed with silly string and would try to tag people with the silly string to get them into his lair. Once three people were in his lair, there was a new dragon!)

-Dragon Tail Tag (We didn't get to this one, either...I made "dragon tails" out of stretchy sequin ribbon that the kids could loop around their fingers. They would run around trying to steal each other's tails for 2 minutes and at the end, whoever had no tails had to sit out. Repeat until there is one winner.) 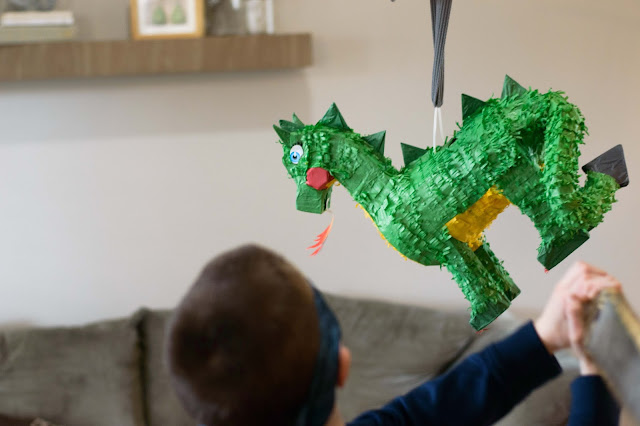 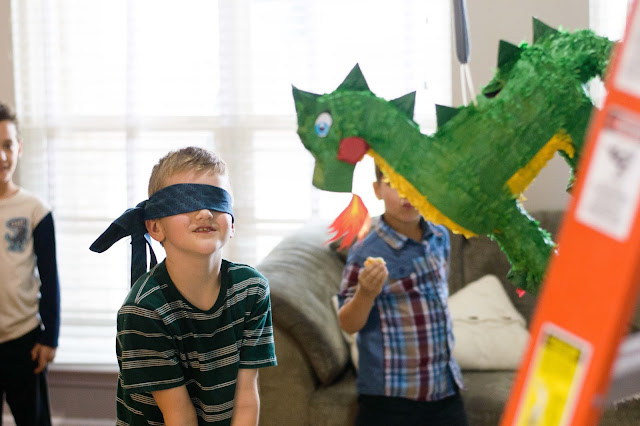 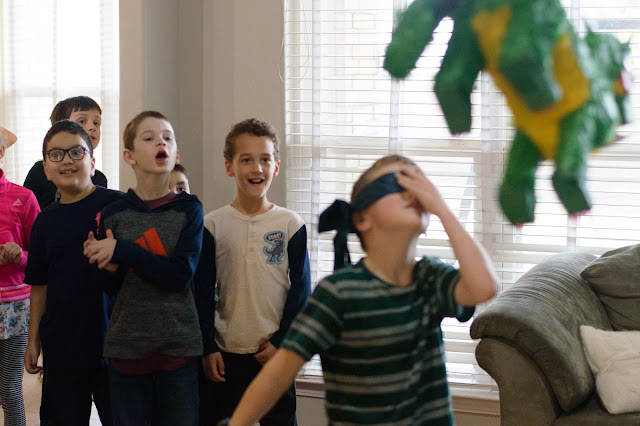 (I love all the kids' faces in this one) 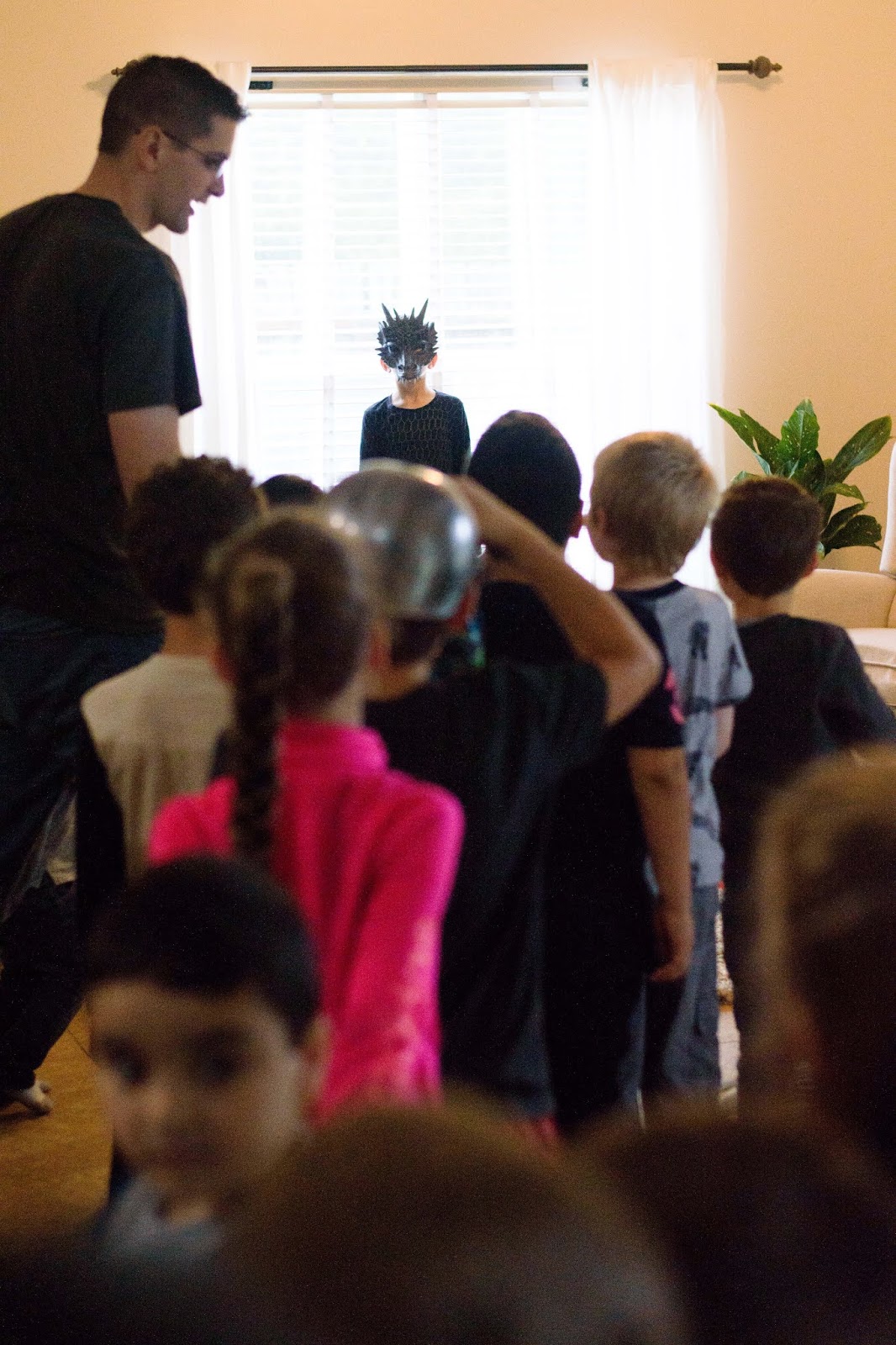 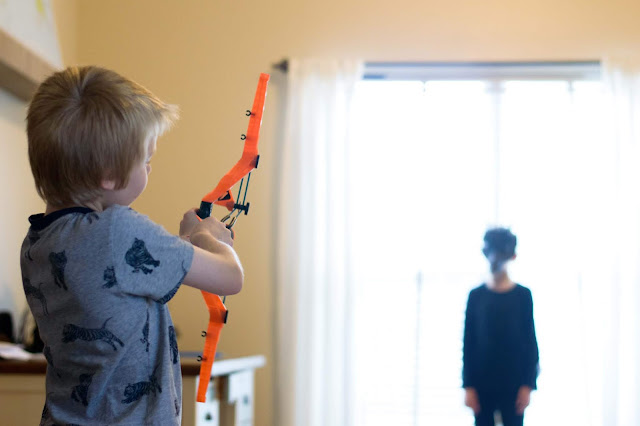 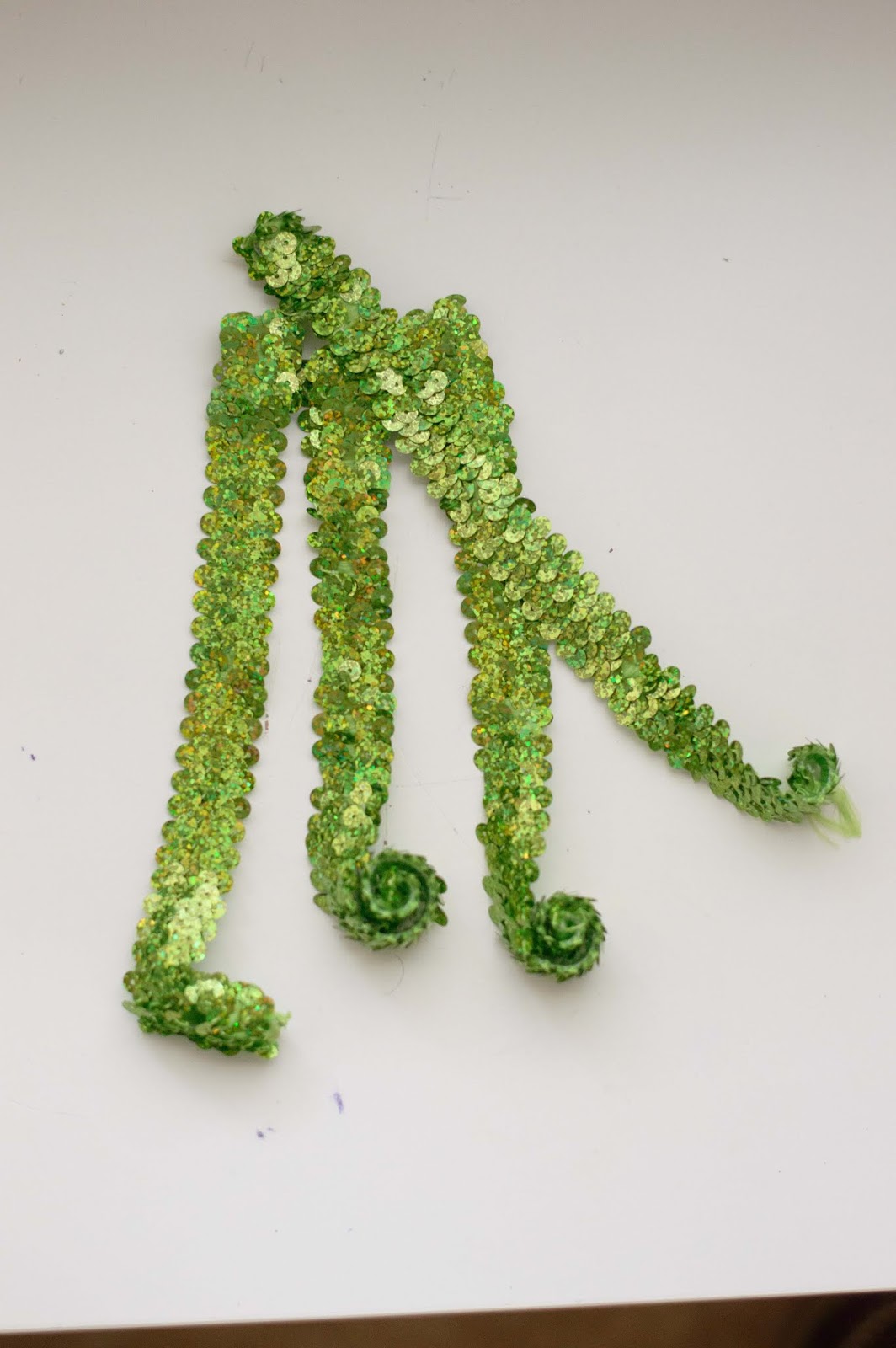 (Dragon tails for the game we never played)


The Favor Bags
I made bags out of this fun sequin fabric I found at Hobby Lobby and called them "Dragon Skin Bags." The kids filled them with their candy from the pinata and the dragon eggs. We also stuck an invitation to Wesley's baptism in each one and made a certificate of achievement for each guest. 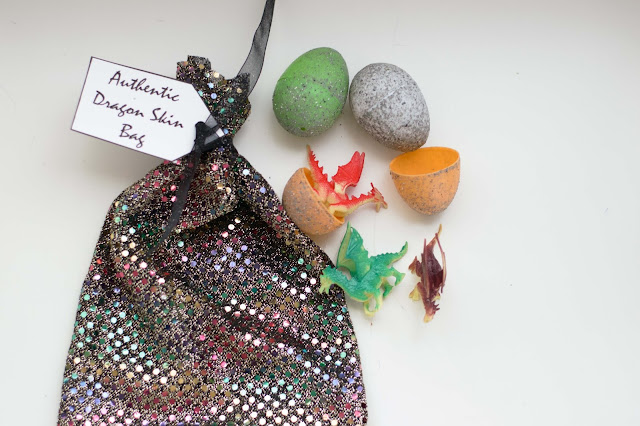 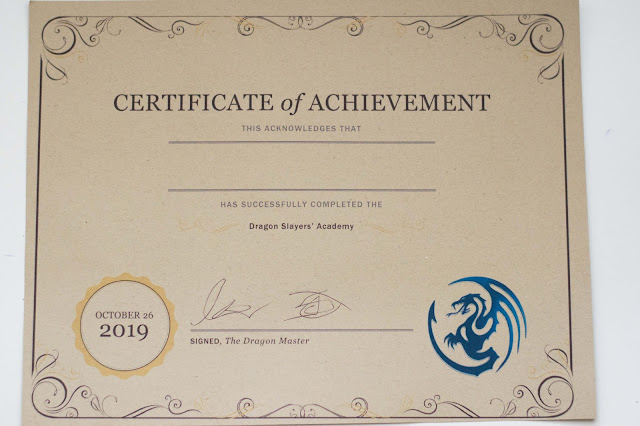 We had so much fun coming up with ideas for his party and getting things ready!

**Today's Tidbit: Today I took the kids to the dentist for the first time since we moved here (oops). So it was our first time at the new office and it was AMAZING! The walls were all painted with incredible murals. The waiting room looked like a swamp/bayou and had lots of real plants incorporated into the murals to make it really feel like you were there. There was even a cute little kids' waiting area called "the treehouse" up a little passageway. The exam area was made to look like the ocean and even had a big fish tank with tropical fish inside. There were flat screen TVs everywhere, each with their own enormous library of movies on it for the kids to choose as their teeth were checked. And best of all, there was a second waiting room surrounded by windows in the middle of the exam area that was made to look like a boat (so cute!) in the middle of the ocean so I could wait there with the kids who weren't getting checked while still watching the ones who were getting checked. Also, shout out to St. Jude for giving us such amazing dental insurance...for cleanings, x-rays, fluoride, and even Wesley's shark-tooth extraction with local anesthetic, the grand total was...$21. It was all so great, I'm sad we waited so long to go!
Posted by Kaitlyn at 1:10 PM