A couple of days ago, I was driving down the freeway and the electronic marquee above it said,
"100 is the temperature, not the speed limit."
That's pretty accurate--tomorrow's high is supposed to be 97!
My sister put it well when she said that Summer in DC (very similar weather to Memphis) is like living in the inside of a dog's mouth. BUT highs in the 70s are on the horizon!
Next week!!

Lincoln's birthday was on September 5th.
I met up with him for lunch at the school, bringing a pizza with me.
He was absolutely THRILLED.
Maxwell always loves being able to see his brothers at the school. By the time we stayed for all 3 boys' lunches, we had been at the school for almost 2 hours and the little ones were getting pretty restless in the noisy lunchroom. We said our good-byes, leaving Lincoln with snacks for his class, and headed home to work on his birthday surprises. 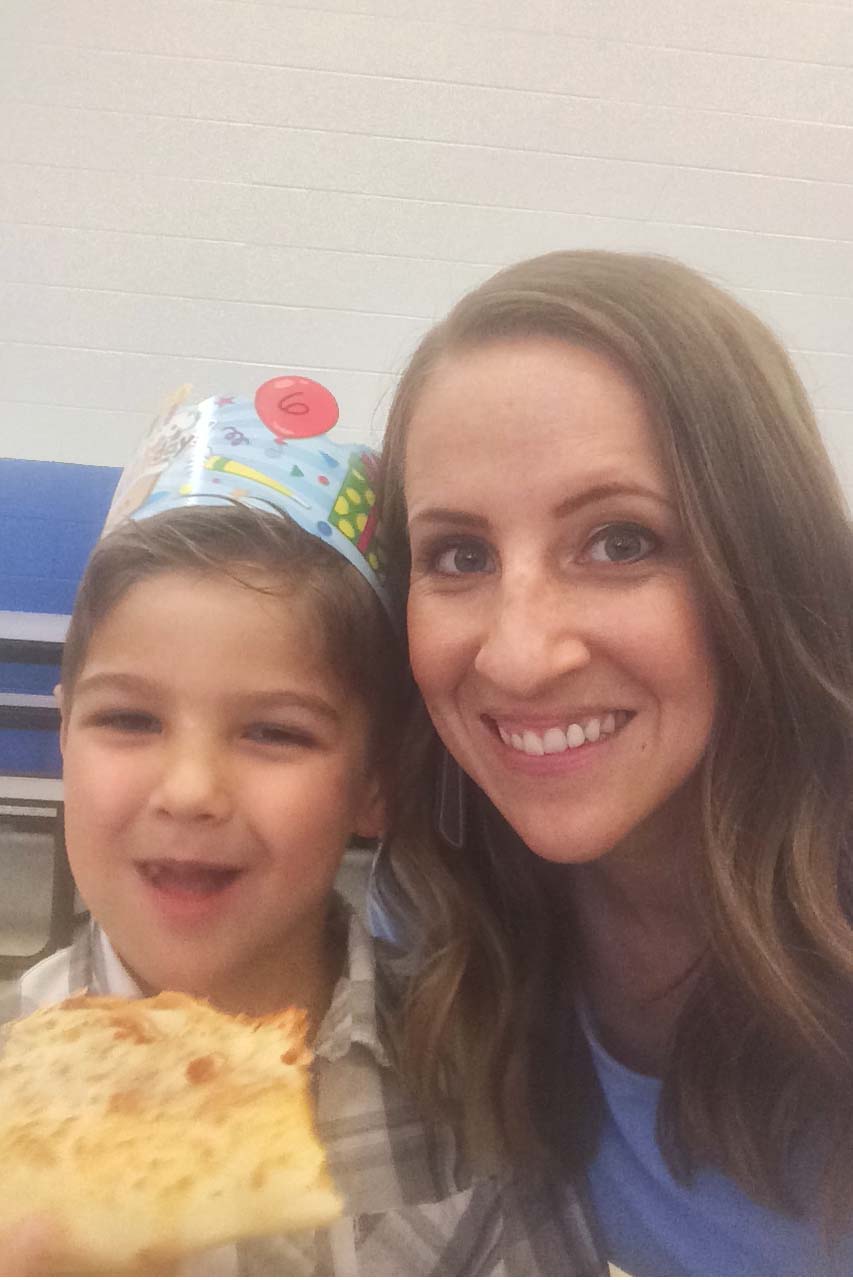 My sister had previously sent me a video she had seen of this fun volcano cake being made.
I thought it would be super fun to make for Lincoln's birthday so, after a trip to Trader Joe's (my favorite store for all-natural candy!), we were ready to whip up his cake.
I made 3 different cakes and stacked them and carved them for the volcano, leaving a cup inside.
Lincoln and I crushed and melted lollipops in the oven to create lava exploding out the top and dripping down the sides. I mixed up the extra cake with frosting to form the dirt around the sides and we embellished with additional candies and toy dinosaurs.
I'm usually not thrilled about how my cakes for the boys turn out, but I thought this one was pretty fun! 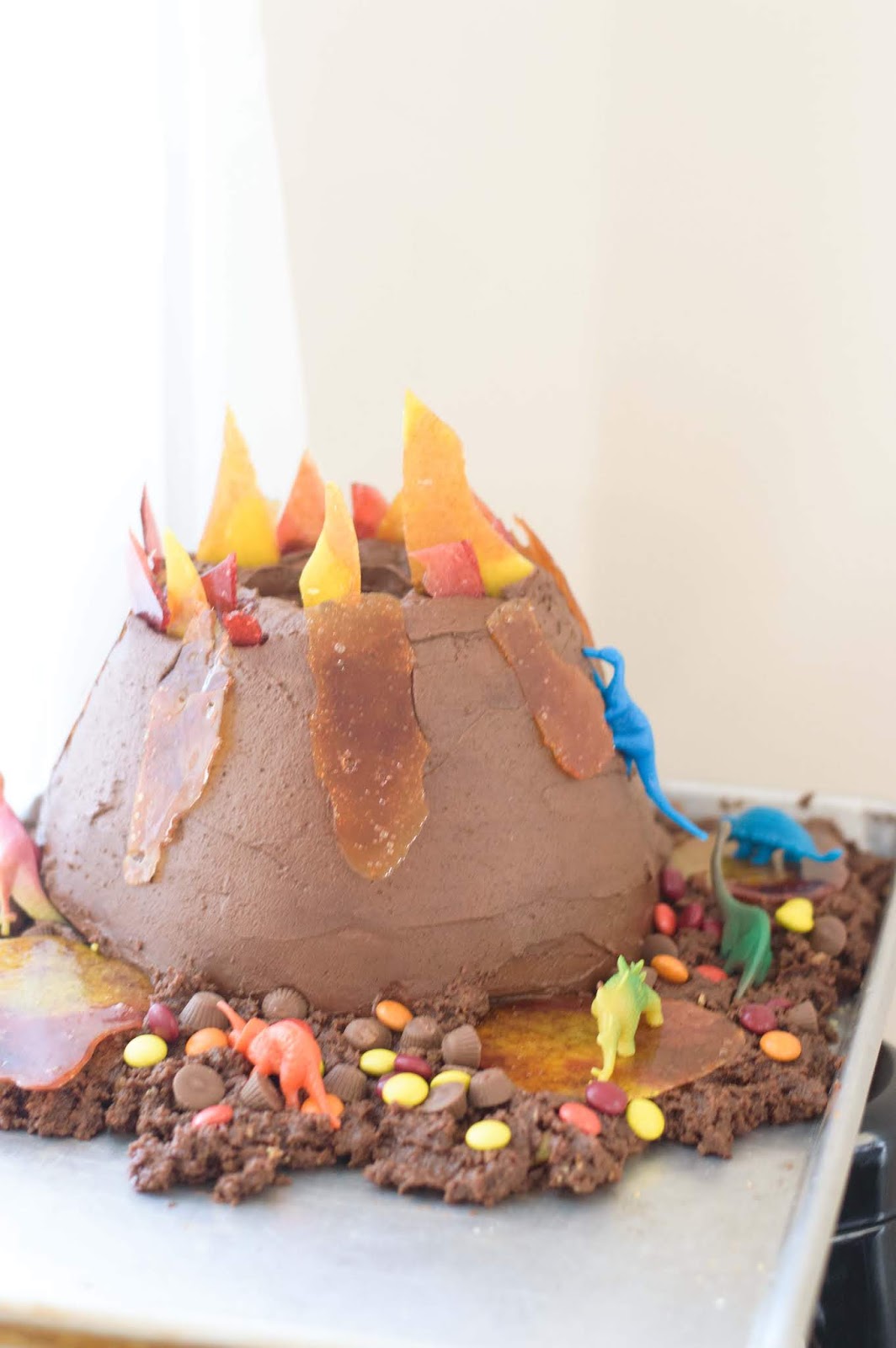 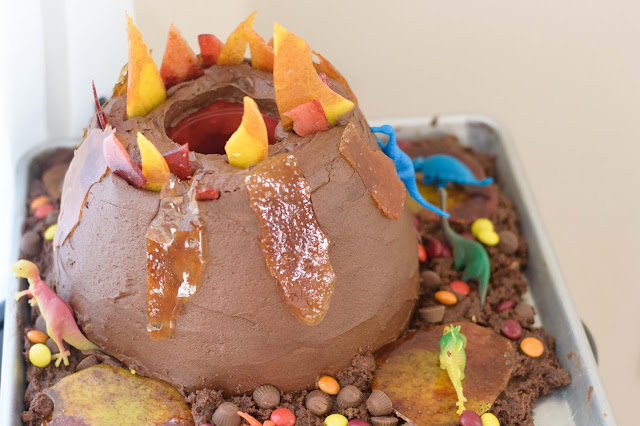 And Lincoln was SO happy. 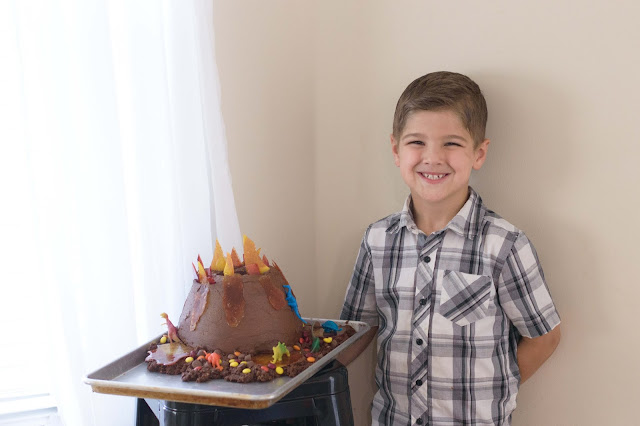 When Lincoln loves a meal, he really loves it and will have several large helpings. So we had several of his favorites for dinner: Thai curry, "bunny pasta," hot dogs, and fruit.
Wesley and I had an outing to a paint-your-own pottery place a while back, so Lincoln got to take the new birthday plate I made on its maiden voyage. 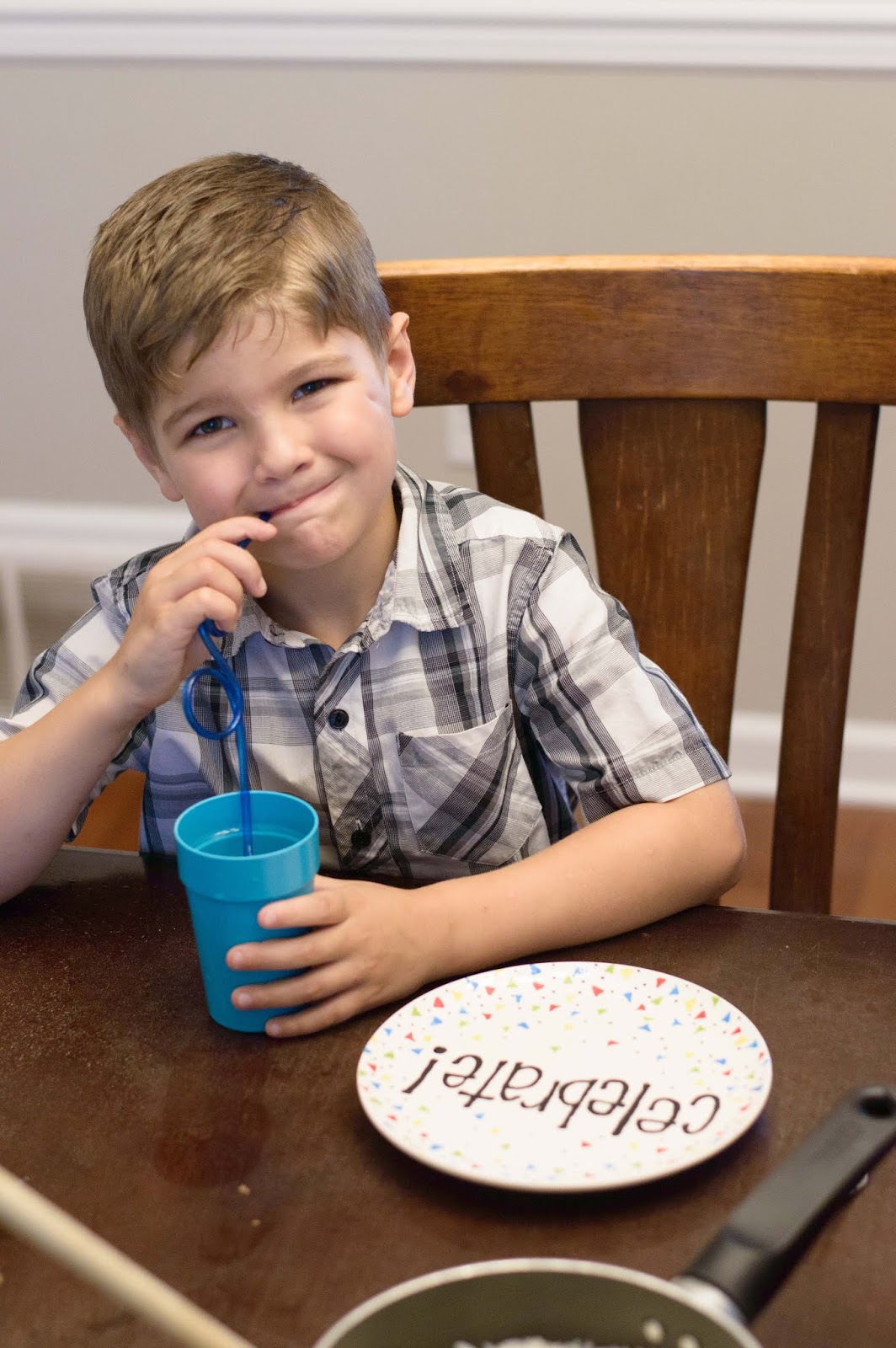 The best part of dinner was when we put the dry ice and water in the cup in the middle of the volcano and watched it "erupt!" The effect looked SO cool and the boys were over the moon about it. 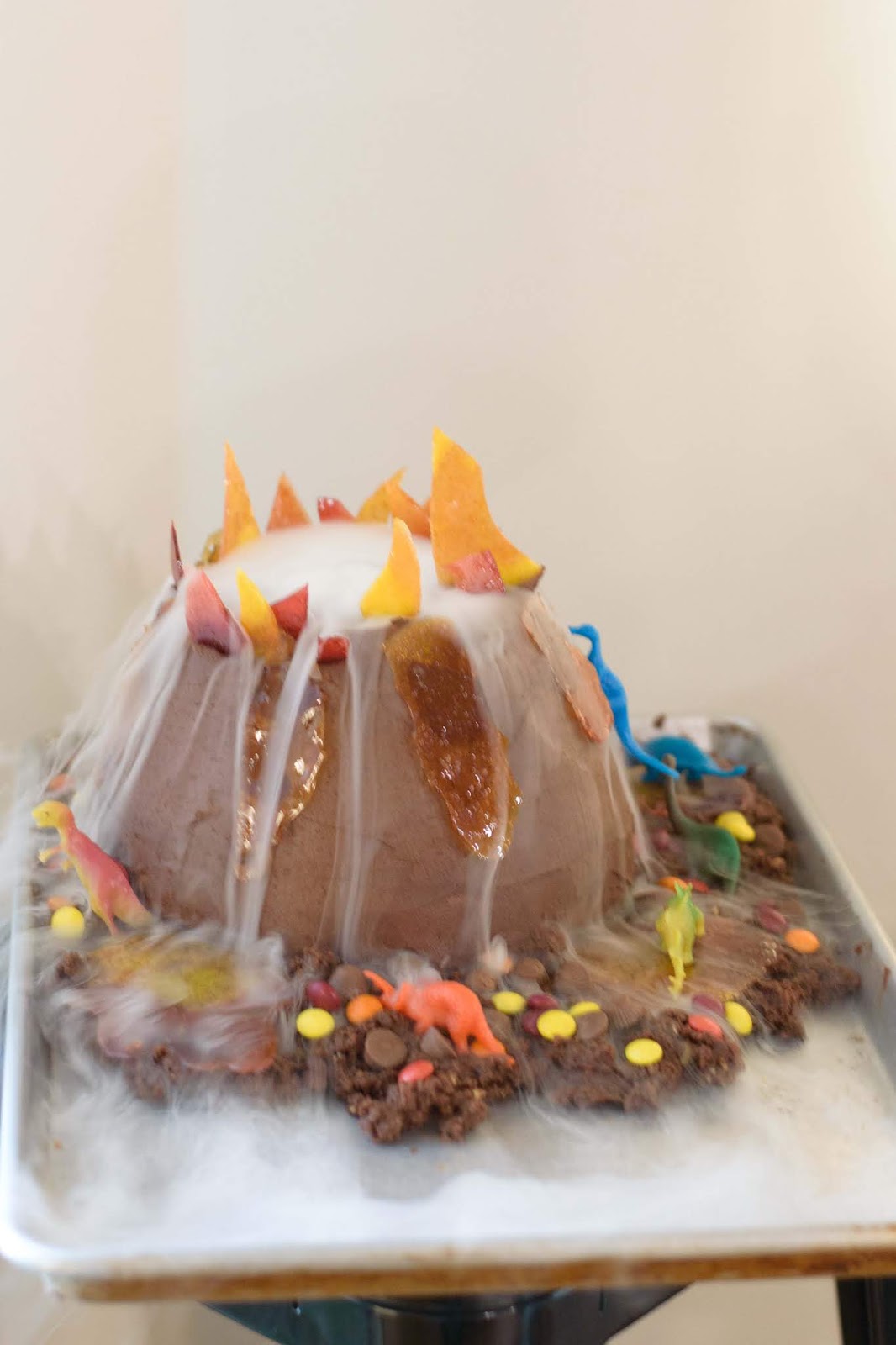 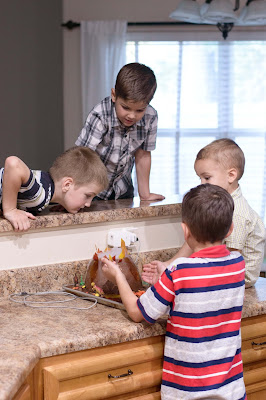 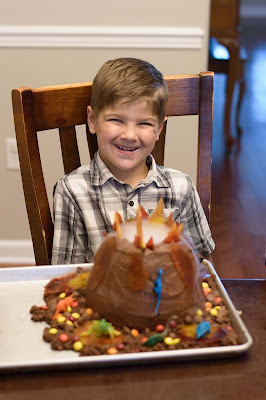 Next up was present time!
When we were living in Texas, one of my piano students told me that she and her family hide birthday presents instead of wrapping them. I thought it was a fun idea, and since then we have occasionally taken that approach with birthdays. Lincoln chose to find presents this year, so I don't have many pictures of him opening presents.
But he was so excited about his plasma car, hydration pack, Labyrinth game, and zoom ball, as well as his awesome bey blade and remote control lizard from grandparents!
For ages 6 and up, I highly recommend the game Labyrinth. It is a really unique, fun board game with the object to move your piece through a changing maze to different treasures.
It wasn't the most exciting present for Lincoln initially, but he has since decided it is his favorite birthday present and he begs to play it almost daily. 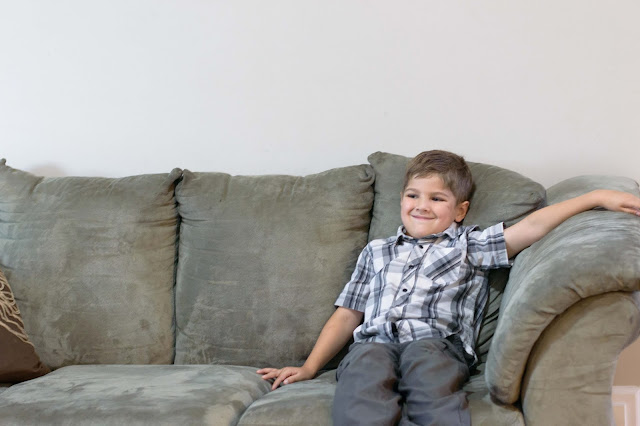 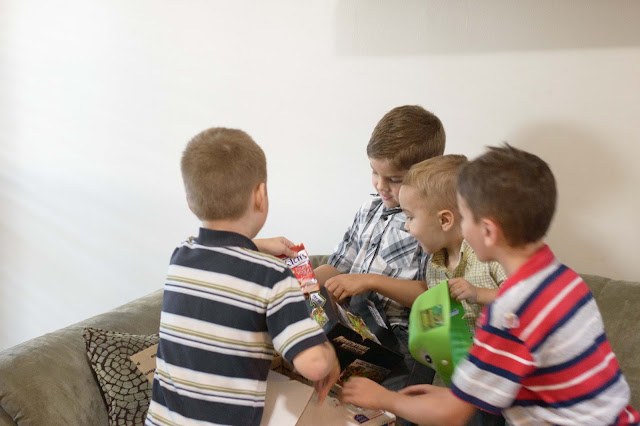 Happy birthday to the most enthusiastic 6-year-old this side of the Mississippi!
Posted by Kaitlyn at 11:00 PM