The Pink Palace museum hosts free parties for members at Club level or higher every time a new IMAX movie comes to the museum, including a free showing of the movie.
Since we have a membership this year, I was super excited when I saw that the new IMAX movie would be Superpower Dogs! The activities at the party sounded so fun and included visits from Tennessee Task Force One, a dog-themed dinner, and presentations from a dog-training company.
Maxwell and Benson typically love dogs and display little nervousness when interacting with them, but they were a little more hesitant than they had been in the past...I think because the dogs were so BIG and there were quite a few people around.
The 3D movie followed the training of a police dog from the time she was a puppy and was interspersed with a number of different stories of other rescue dogs along the way, like an avalanche rescue dog, an ocean rescue dog, and even a therapy dog that surfs with kids in California!
The boys were huge fans of the movie.
Sam and I enjoyed it too, although I admittedly only half paid attention as I frantically juggled Benson, pacing around at the top of the theater. That boy is excellent at finding trouble wherever he goes!
At one point I had taken a seat with him in a near-empty section toward the back. He stood up in his chair and looked over the back and, to his delight, noticed some dogs laying down right behind him.
"WOOK!!!" he squealed excitedly. "WOOK!!!!"
So cute.
But also so disruptive.

My phone pictures are poor quality, but I wanted to document our fun night regardless! 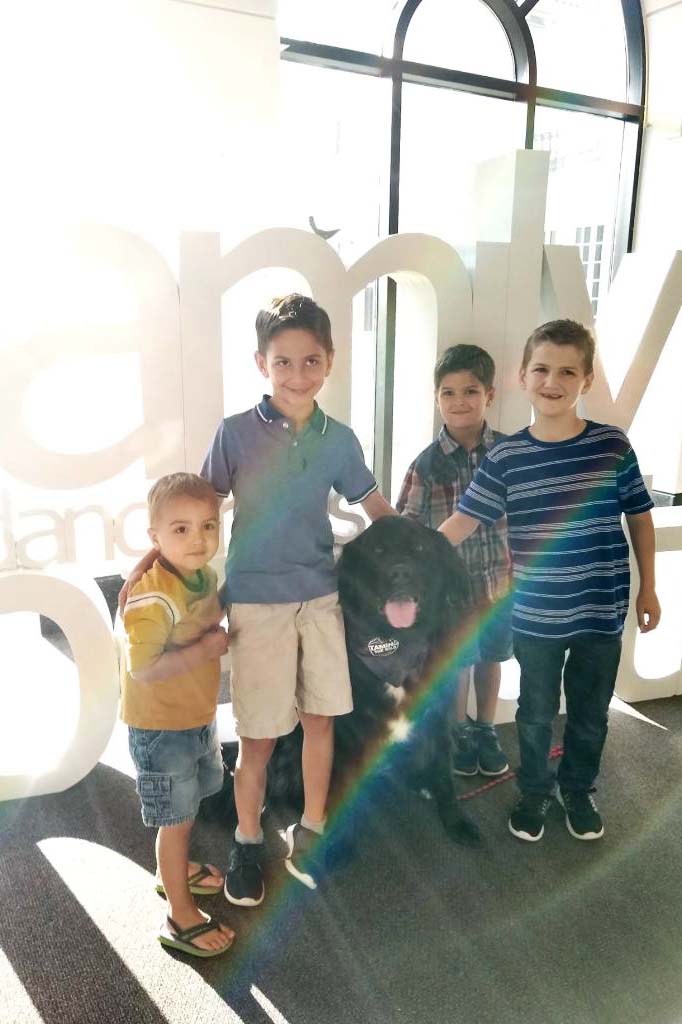 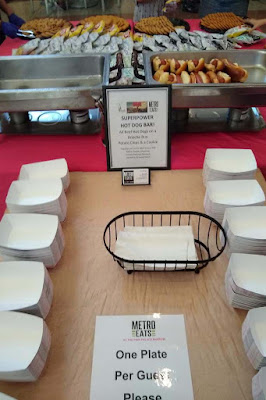 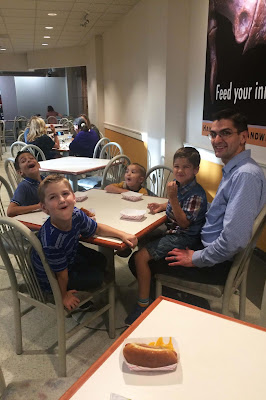 Hot dogs were an obvious choice for the dog-themed dinner. 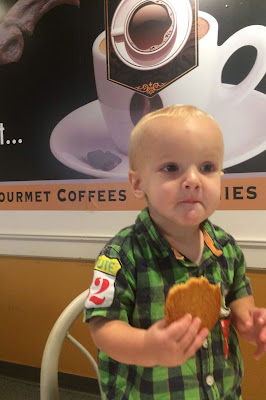 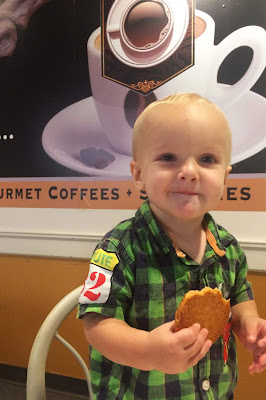 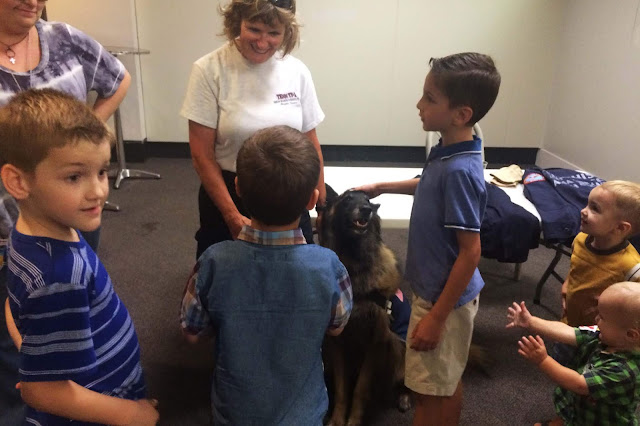 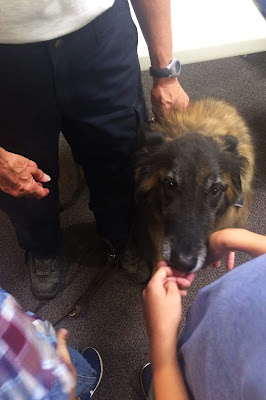 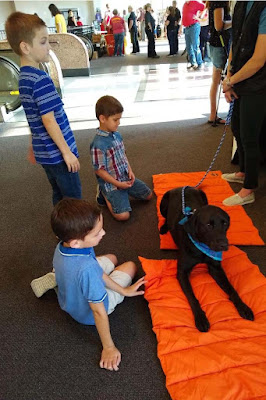 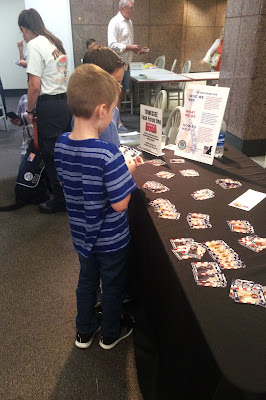 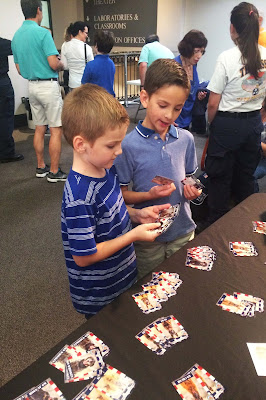 There was a table with trading cards on it for all the dogs of Tennessee Task Force One.
This seemed like it was probably the three older boys' favorite part of the whole thing, besides the movie! They loved deciding on which trading cards they would get and reading all the stats on the back! 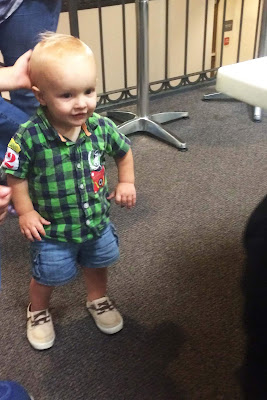 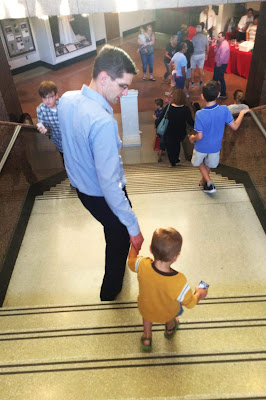 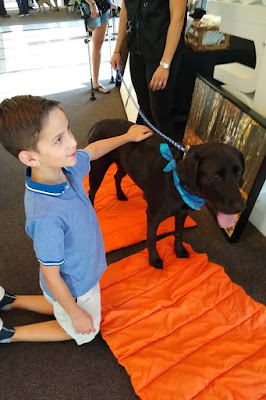 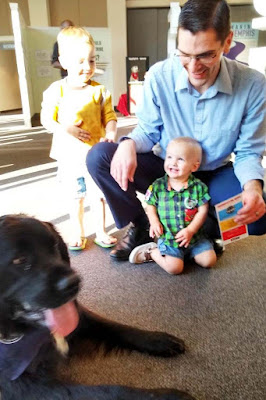 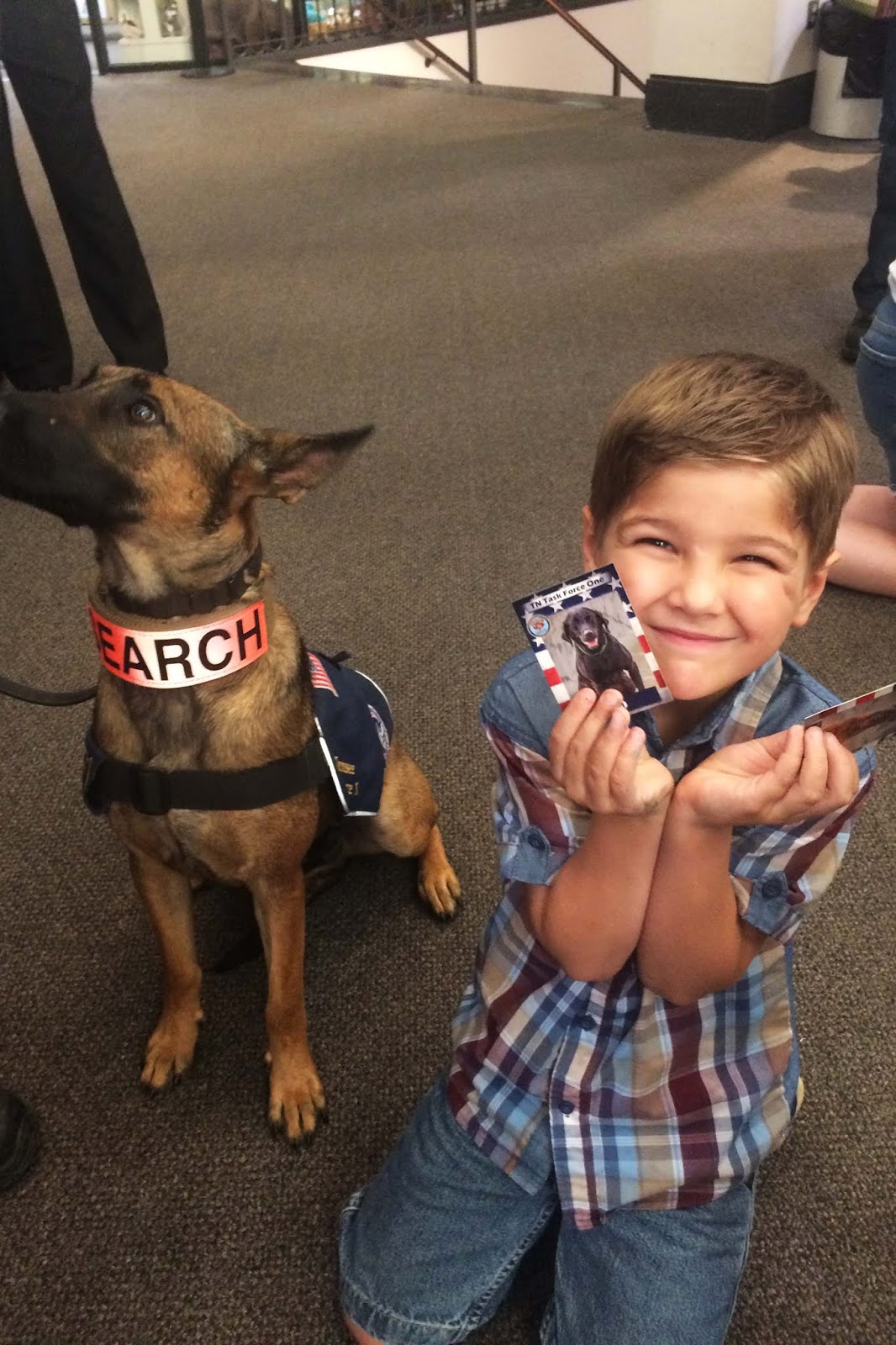 Thanks to the Pink Palace for such a fun night!
We're already looking forward to the next IMAX party.
Posted by Kaitlyn at 8:34 PM