The Way His Mind Works 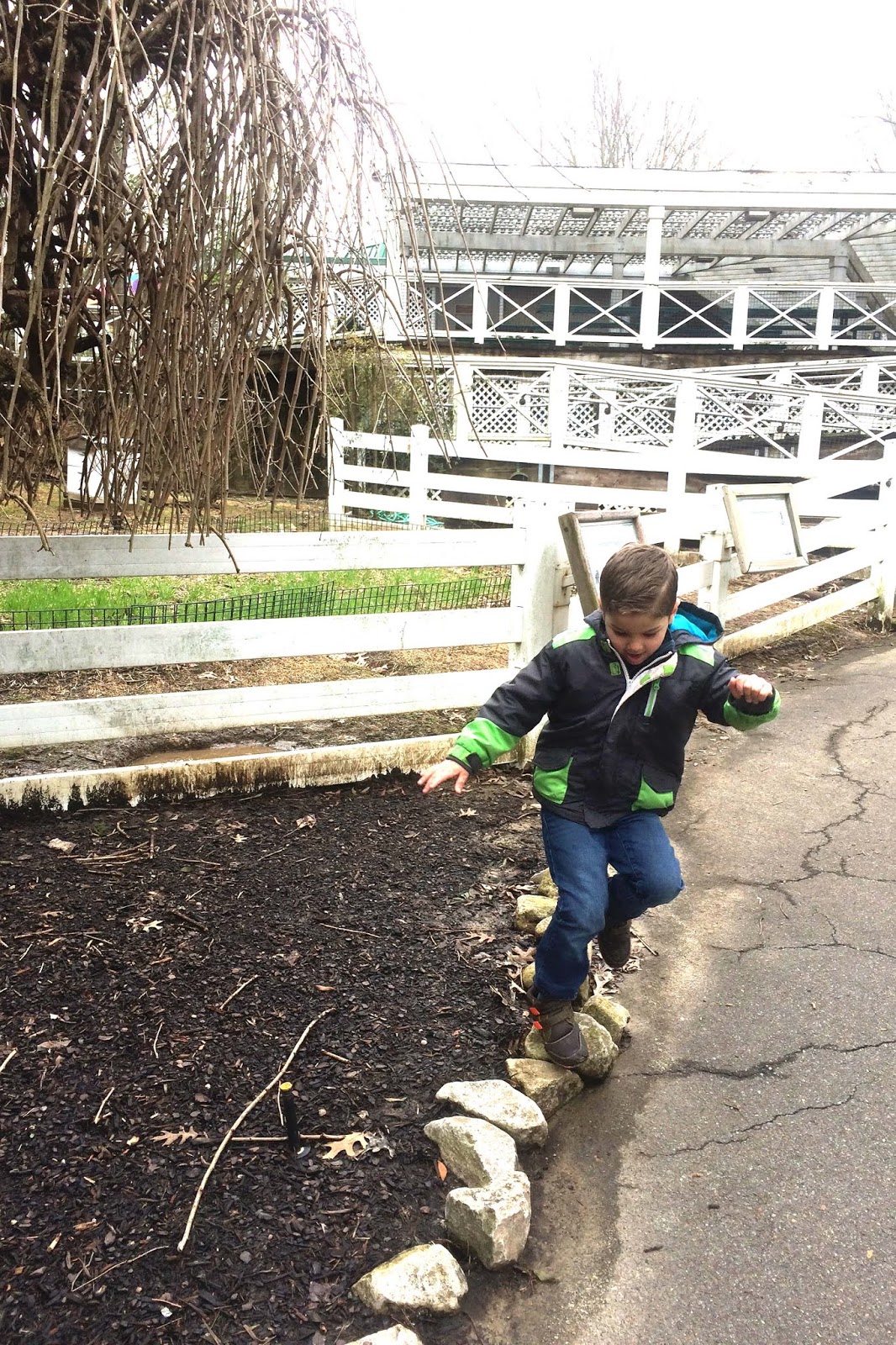 A few more Lincolnisms to brighten up your day:

-I am not a big shopper, and even less so a mall shopper. As such, Lincoln has seldom been to the mall. One day a few months ago we needed to go pick something up, and the store we were in had two levels. We went up to the second level and then I told Lincoln we would go out the door into the rest of the mall. He was alarmed and said, "No! We'll fall!" I explained that the mall had two levels and the floor continued outside the door of the store. As we walked out the door, Lincoln walked in amazement over to the rail, looking down at the first level below us (which was all decked out in Christmas decorations) and said with quiet awe, "This is a strange and beautiful place!"
I think that sums up the mall pretty well!

-One evening we were reading scriptures and having a discussion. We posed the question, "What is the second great commandment?" Lincoln immediately burst out, "Mind your own business!" We all just erupted into laughter--I have no idea where he heard that phrase or how he got it into his head that it was a commandment!

-We were at the zoo looking at a tank of fish that had a clownfish and a sea anemone. I started explaining to Lincoln how the clownfish could live in the sea anemone without being stung and he replied, "Yeah, that's a symbiotic relationship!" Whoa.

-I was listening to a selection of Christian songs and the song "Overcomer" came on. The chorus starts, "You're an overcomer!" Lincoln walked into the room just as that line was sung and he said with confusion, "Avocado?!?" We both had a good laugh as we imagined Mandisa singing, "You're an avocado!"

-After that, the song "Fear is a Liar" came on and I was explaining to Lincoln what it meant that fear is a liar, as he was a bit perplexed about the phrase. Later in the song it says, "Cast your fears in the fire," and Lincoln said adamantly, "Yeah...cast your fears into a bowl of plasma!"

-When he discovered an assortment of little papers in his pocket that had been through the wash, he pulled them out and showed me, saying, "Look! These have been dryonized!"

-The other day, Lincoln and Wesley were playing in a little blanket fort when an altercation broke out. Evidently Lincoln was doing something Wesley didn't want him to, so Wesley said something like, "Fine! I guess that means I can do that to you, because that's the Golden Rule! You must want to be treated that way!" (Obviously it was a sore misapplication of the Golden Rule.) Before I could intervene and correct his faulty reasoning Lincoln shouted, "NOO! IT'S NOT AN EYE FOR AN EYE AND A TOOTH FOR A TOOTH!!!"

I love to see the way Lincoln's mind works.
He sees the world in such a unique way and has such a dramatic way of expressing himself.
It is a delight to be on the receiving end of his frequently amusing statements.
Posted by Kaitlyn at 9:16 PM