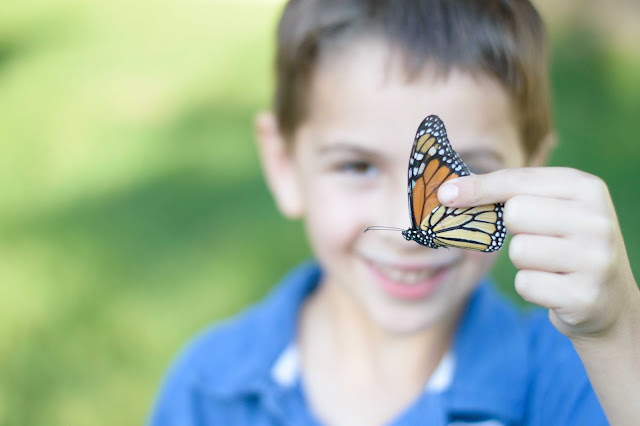 Talmage has this intense fascination with bugs.
Blame it on his Texas roots, but he has always loved them.
I remember when he was a year old and we had a little ant problem in our house.
He would study the ants and hit them with a spoon repeatedly for at least half an hour at a time!
And there was the time I smashed a silverfish or spider and then went to get a tissue to clean it up.
When I came back, it was gone.
"Where did it go?" I asked Talmage.
"I ate it," he replied matter-of-factly.
Or, there was that time he came to me distraught because he had stuck a roly-poly up his nose and couldn't get it out!
He just adores each little critter
and his curiosity leads him to experiment with them endlessly.

He has gotten to be quite good at catching them and can even catch LIVE flies with his fingers!
The other day he was so excited to have caught a monarch butterfly.
He could hardly believe his good fortune!
He was pretty disappointed when I made him let it go...
I was worried it wouldn't be able to fly anymore, but after fluttering its wings for a minute or two, it launched into the air and off it went! It was an exciting morning for our bug-lover.

I'm not crazy about bugs, but I've been thrust into a world of being excited over ant farms in mason jars, "slug farms" in ziploc bags, dead bugs pinned to cardboard collection boards, and grasshoppers in peanut butter jars.

These boys open my eyes to a whole new dimension of life! 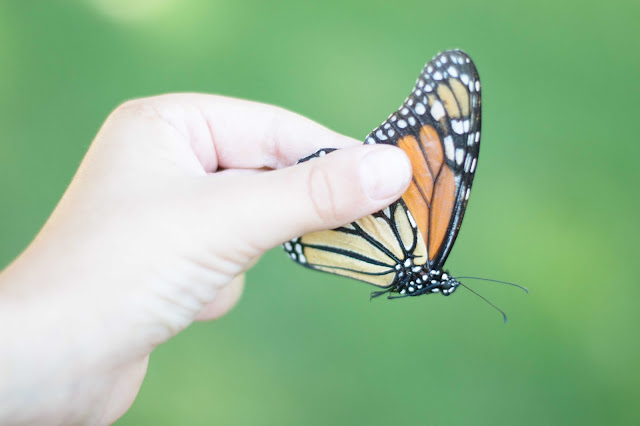