Back in September, plans began to take shape for this year's family reunion.
My brother and his family were in charge of making plans this year, and since my brother works for Central Utah Water Conservancy District, he was connected with the beautiful Upper Stillwater Reservoir up in the Uintah Mountains. We selected the location, reservations were made, and we've been looking forward to this camping trip for about 10 months now!

On Monday morning, we packed up and, after a brief stop at Sam's lab, began the drive, enjoying the beautiful scenery through Parley's Canyon, Heber City (possibly my favorite city in the world), Strawberry Reservoir, and rural Duschene county. We even went through a city called Talmage! Unfortunately, Lincoln was asleep both times we passed through the city so we didn't risk waking him by stopping to take a picture of our Talmage with the city sign. 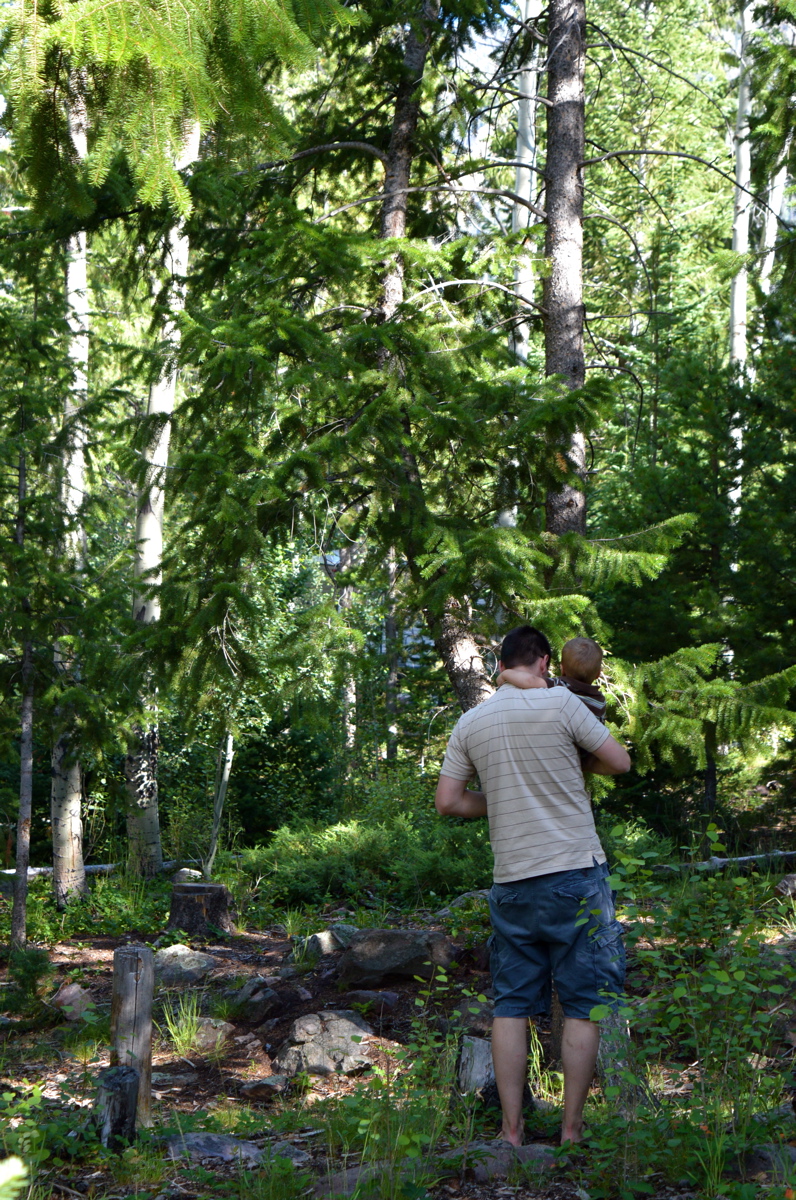 The campgrounds were perfect--nestled in the midst of pine and aspen trees with raised fire pits (so nice with little kids around!), picnic tables, and even flushing toilets! My brother and his family were already there when we arrived around 3:00, and they had set up a hammock, which was a big hit! 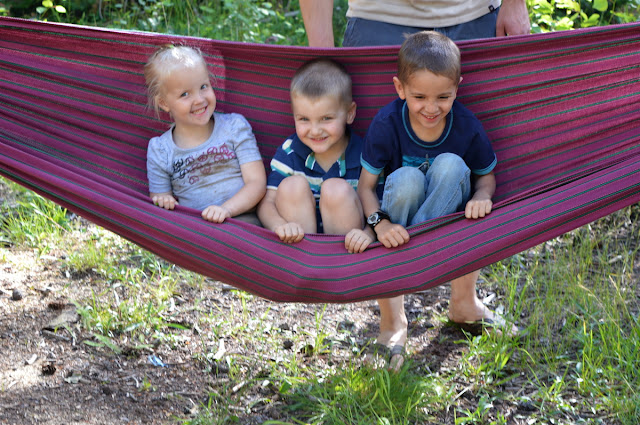 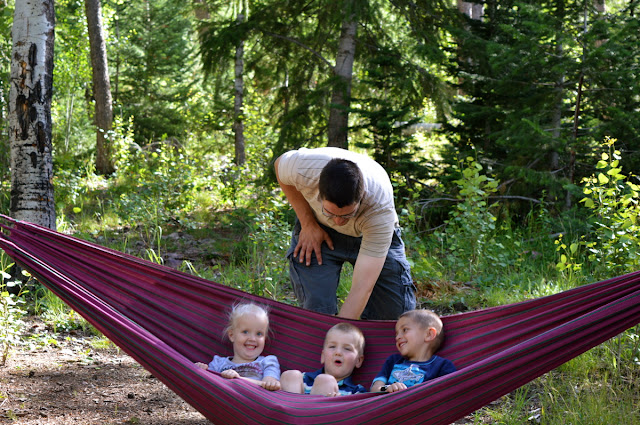 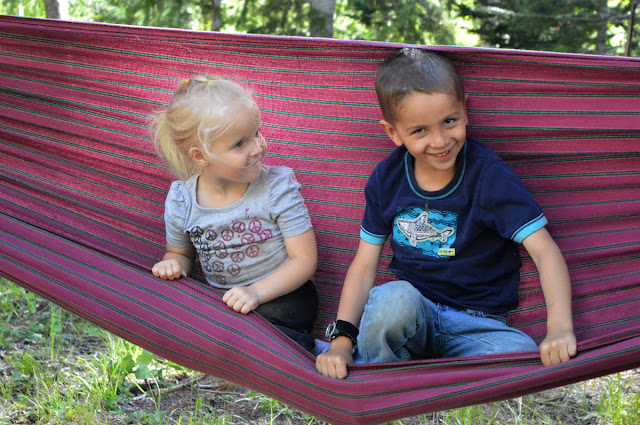 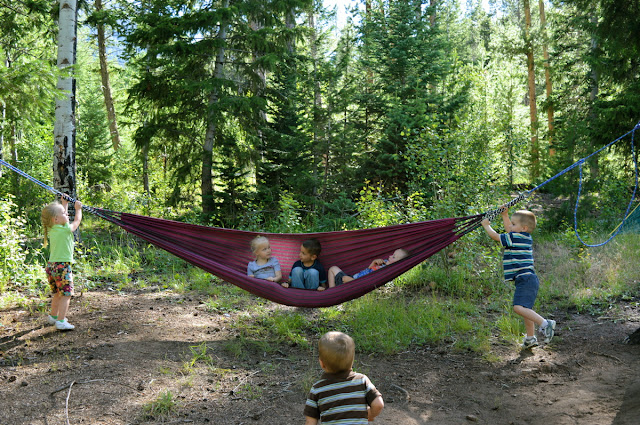 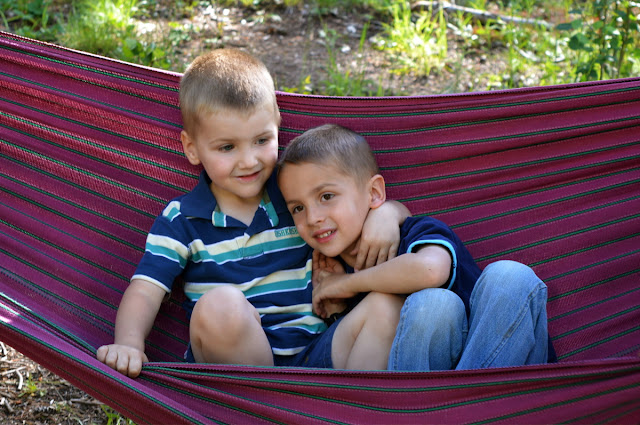 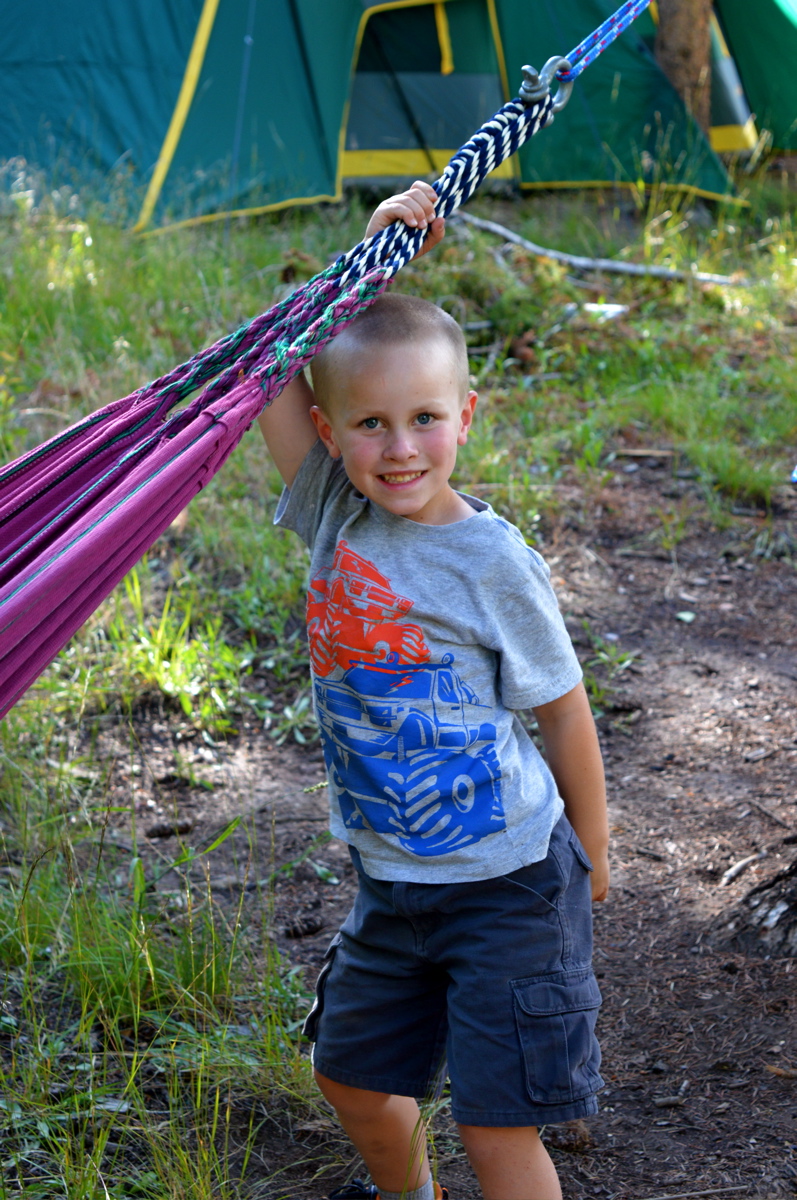 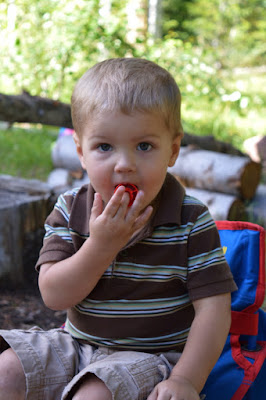 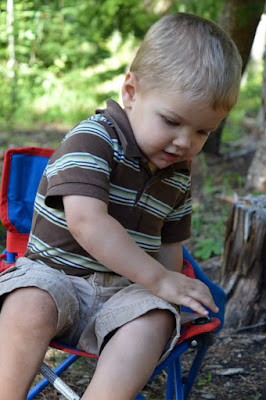 Family members continued to arrive, tents were set up, vehicles were unloaded, and dinner preparations began. You'd never know we were camping from the meals we enjoyed! My brother and his wife made chicken cordon bleu sandwiches and we munched on them along with an array of chips, fresh veggies, and dip. 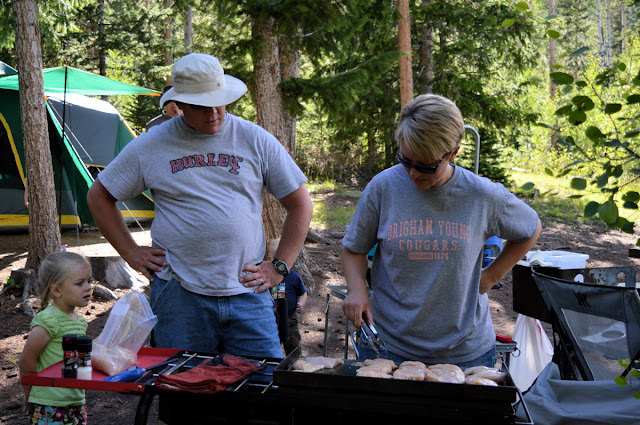 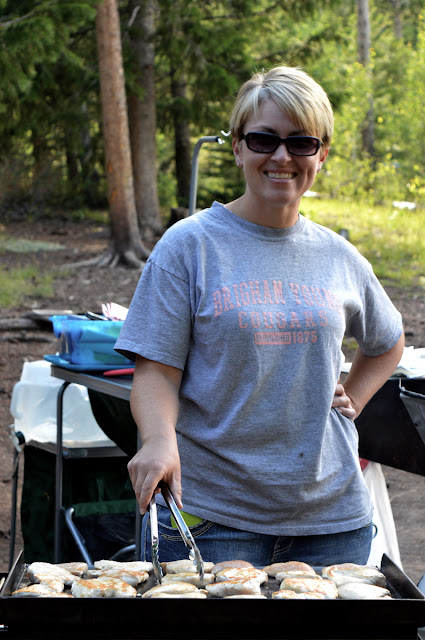 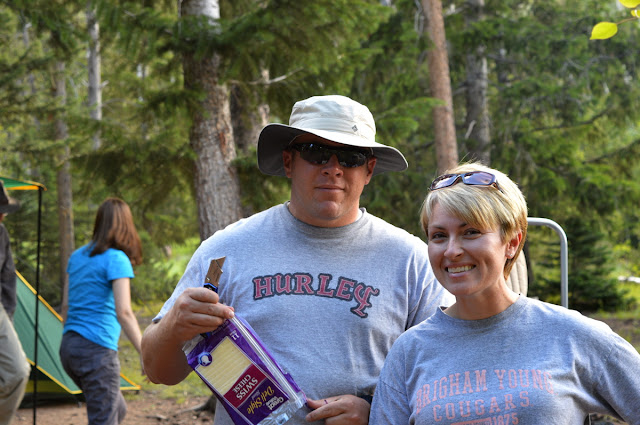 After dinner, it was time for a fire, a big Family Home Evening, and s'mores!
My mom gave a lesson on the Golden Rule during which we all took a turn sharing a situation in which we would apply the Golden Rule. Wesley said, "If Grammy (my mom) won't let us come to her house, then we will be really nice to her so she will let us come again!" We were all laughing pretty hard over that one...mean old Grammy! 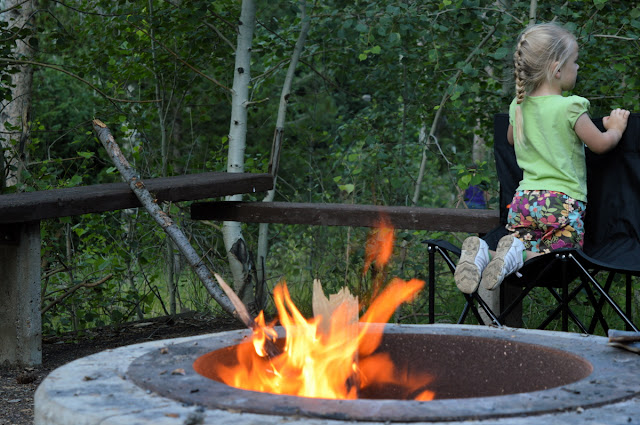 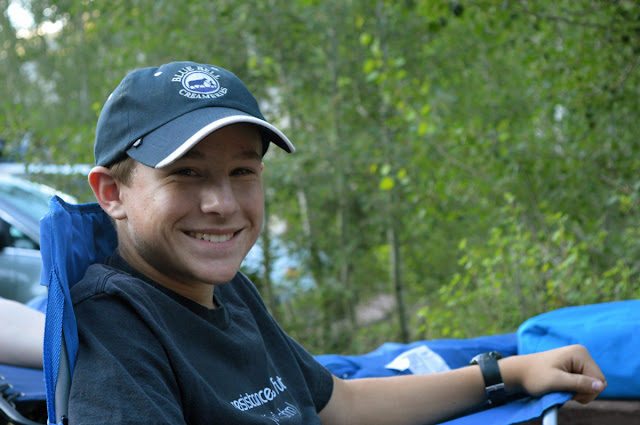 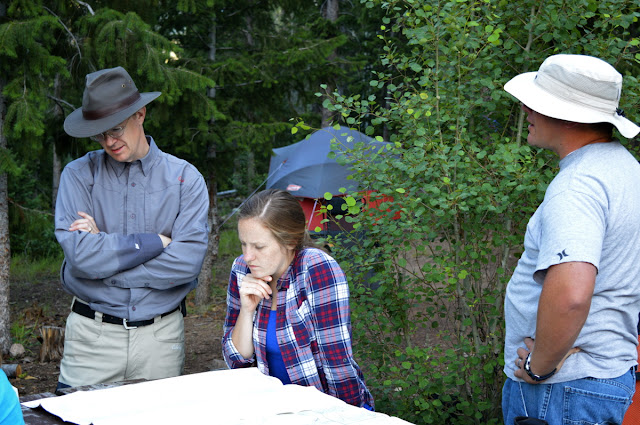 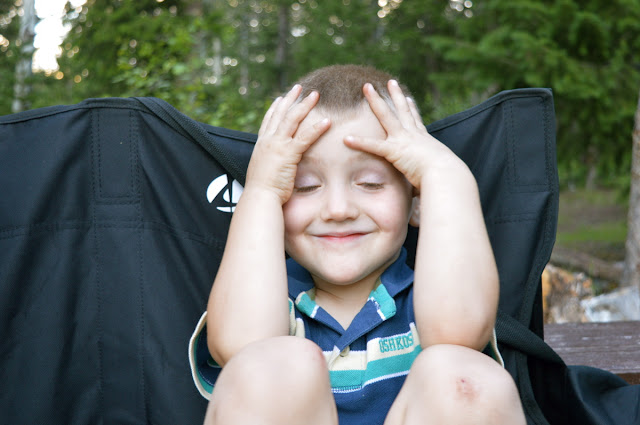 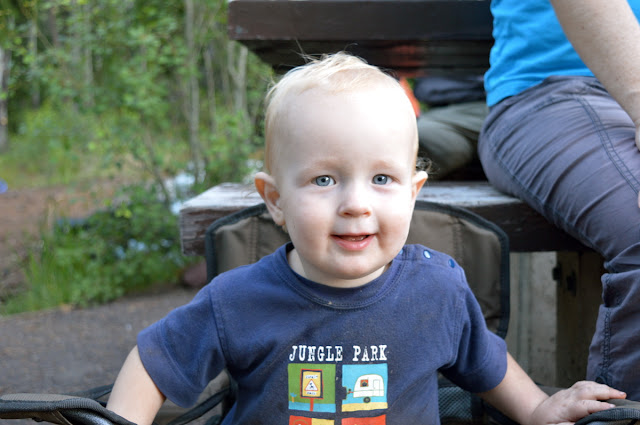 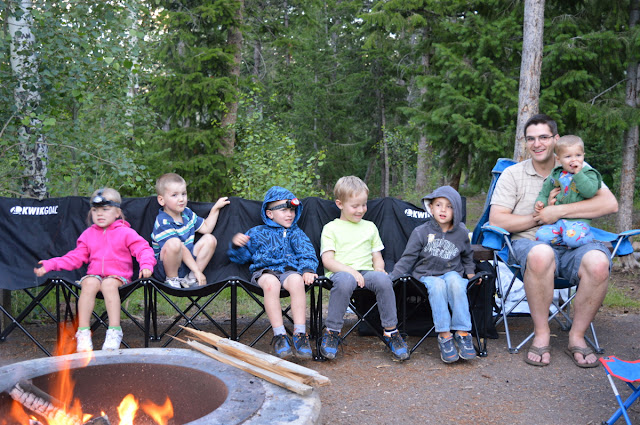 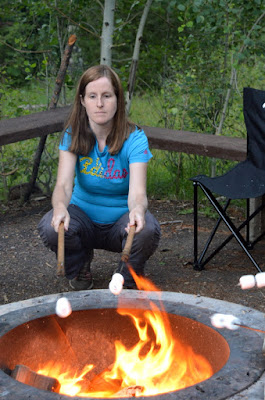 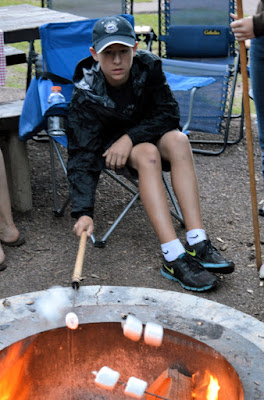 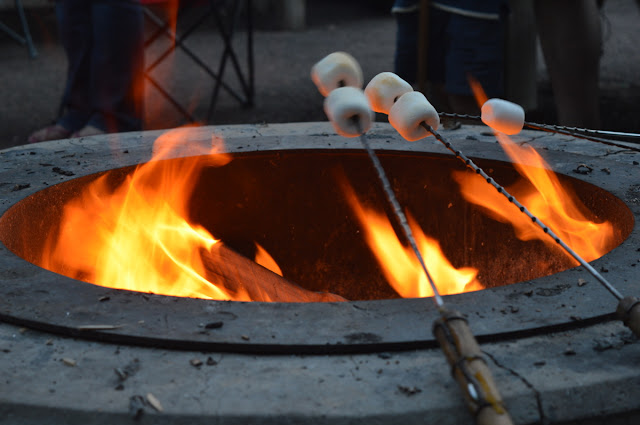 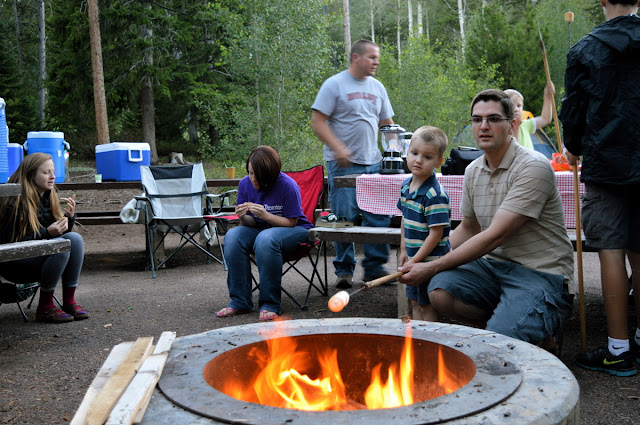 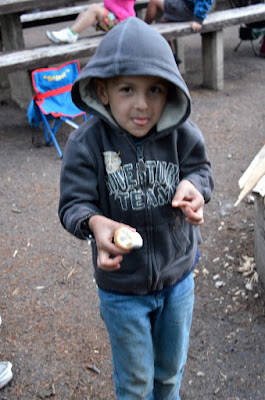 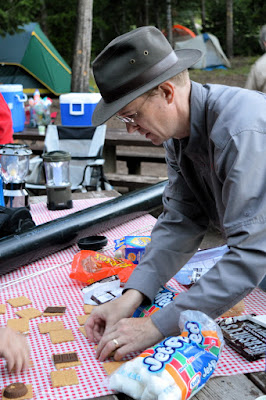 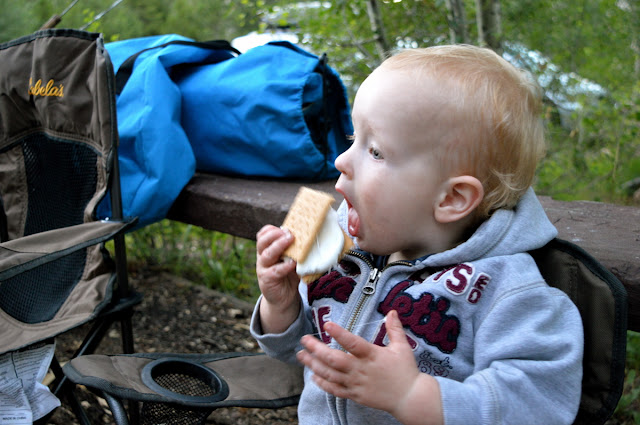 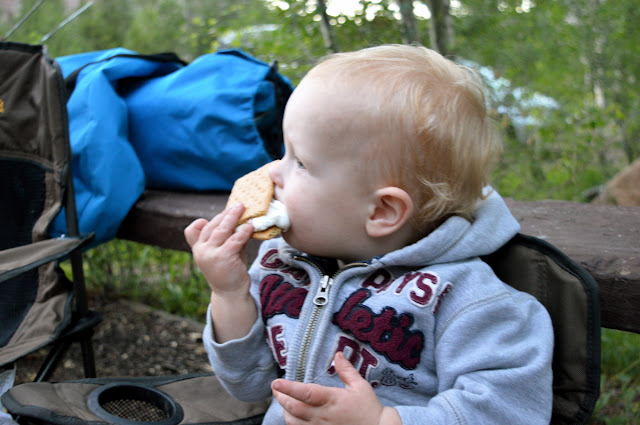 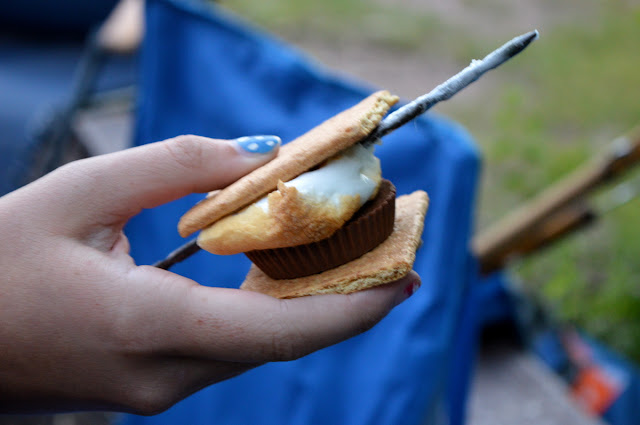 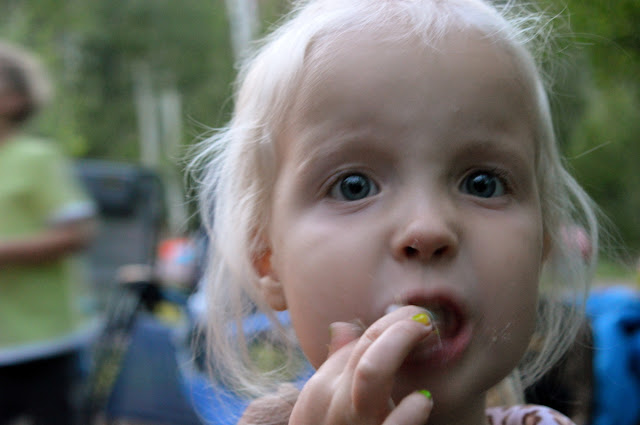 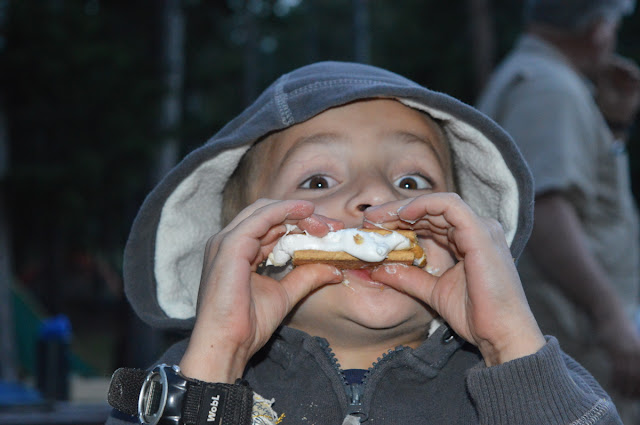 After s'mores, we headed the kids to bed. We brought a toddler bed for Lincoln to sleep in, and I'm happy to report that we had much better nights than we had on Antelope Island last month!
Such a beautiful start to a wonderful reunion.
Posted by Kaitlyn at 10:13 AM