Saturday, the 13th, was my 26th birthday!
On Friday afternoon I got a phone call from Sam saying he was coming home from work early and had planned a campout to Antelope Island! I was so excited.
There weren't a lot of camping places near where we lived in Texas, besides camping on the beach, and fees to camp at various locations made it an activity that just didn't happen during our time there.
So this was our first (but not our last!) family campout, and we were thrilled.

We hurriedly got everything together, made a quick stop at the grocery store, and loaded in our bikes and a couple of bike trailers in anticipation of bike riding the next morning, and we were off!
We spent the evening setting up camp (and even though it was really hot, the boys wanted their long-sleeved jackets and hoods on because of the crazy gnat swarms), and then the real fun began. 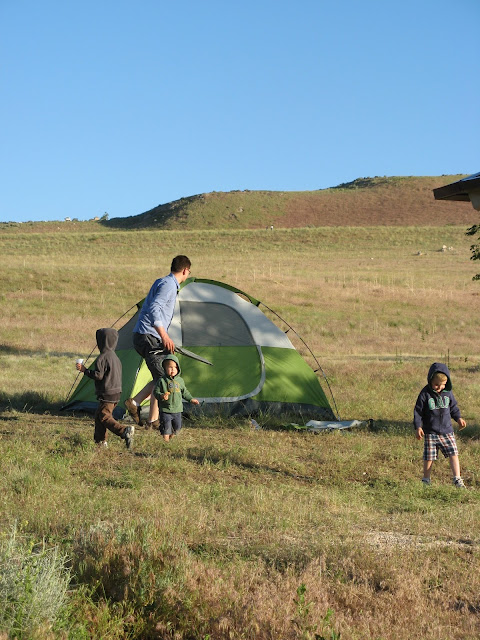 Antelope Island is a lot more barren than I realized, but it has a beauty of its own. 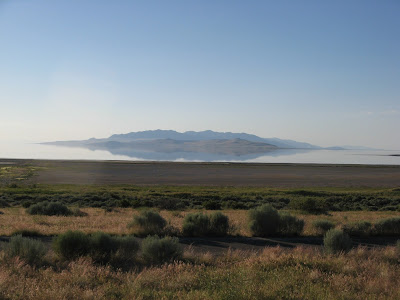 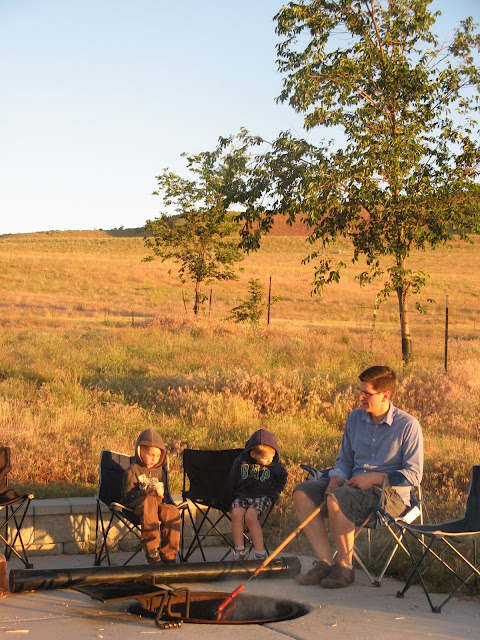 The kids were pleased with the wildlife we saw--bison, antelope, seagulls, and even a couple of rabbits were spotted around the island! 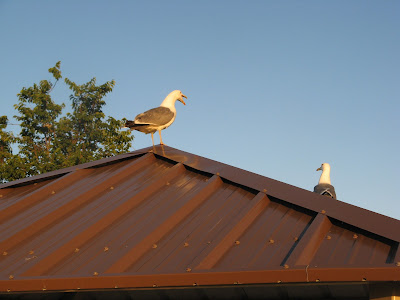 Once we got the fire up and going, we roasted hot dogs and made s'mores while enjoying an exquisite sunset over the water! 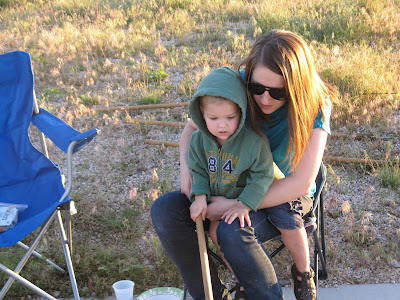 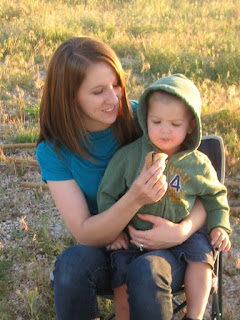 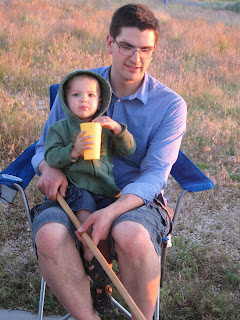 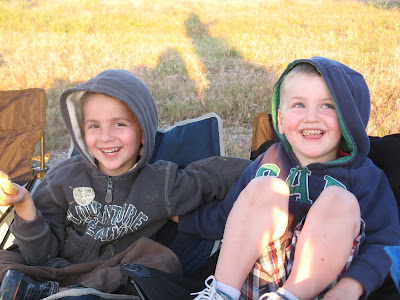 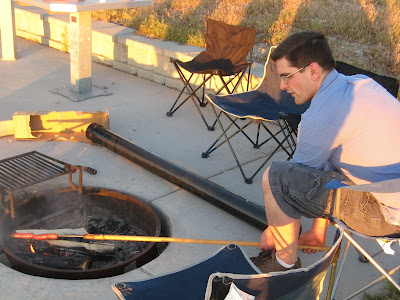 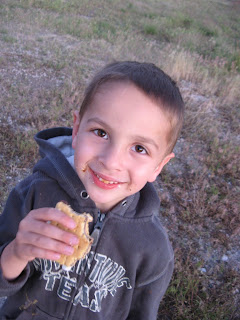 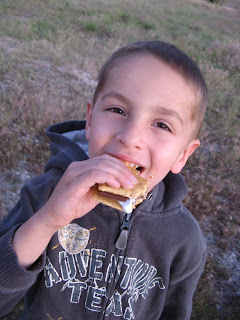 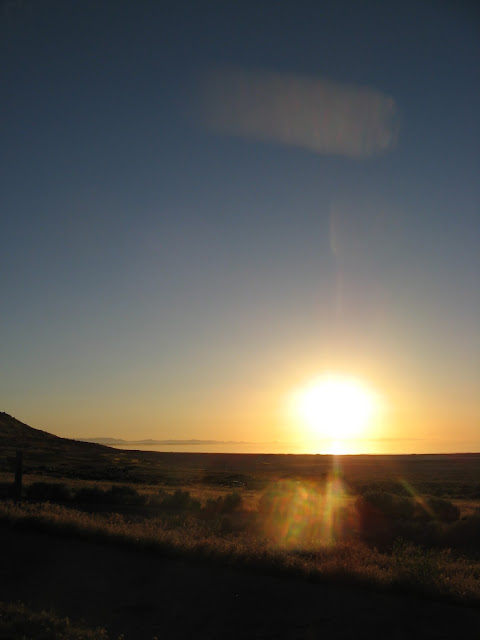 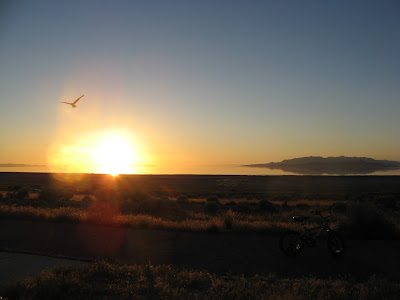 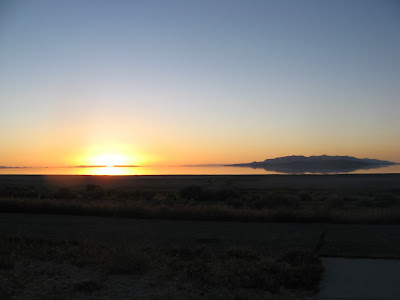 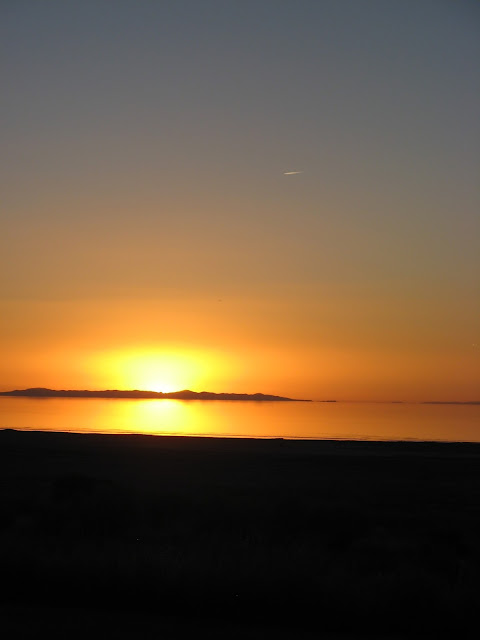 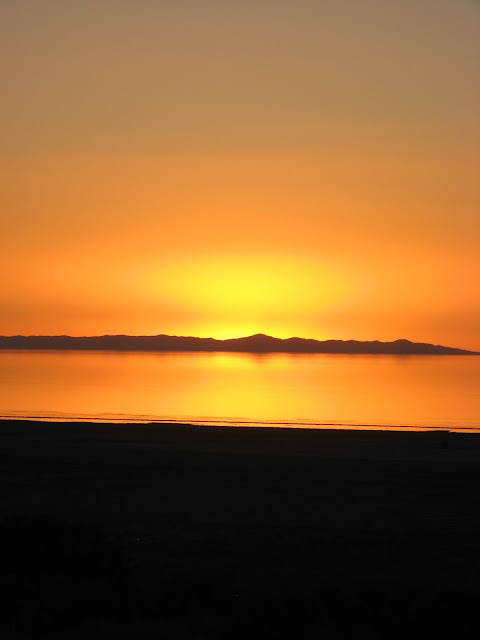 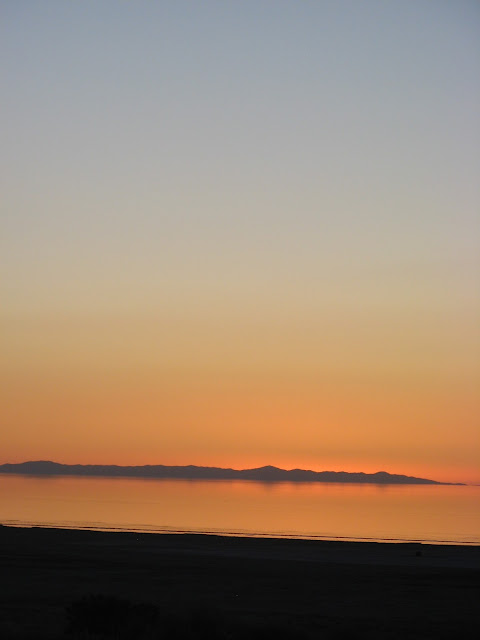 And that's about where the amazing fun ended.
Lincoln is highly attached to his crib and didn't fall asleep until 11:30 and then only lasted 2 hours in the tent. I spent the remainder of the (very restless) night with him in the car.
The next morning we packed up camp and headed out to hit some trails with our bikes.

The conversation went something like this:
"Is that the Mountain View Trail?"
"It looks really narrow...I don't think the bike trailers are going to fit..."
"Hmm...maybe we should stop at the Visitor's Center and see if they have more water and we can ask if they have any recommendations."
15 minutes later, arrive at Visitor's Center
"Oh, it doesn't open until 9:00."
"Maybe we should just try the Lakeside Trail instead. And then we can just play at the lake right after?"
"Sounds good!"
"Oh, look...Lincoln is asleep."
"How about if the boys and I go for a little hike while you and Lincoln nap in the car?"
"Okay, that sounds good...do you want to try the Frary Peak Trail?"
20 minutes of driving around to find the trail
"Uh-oh...now Wesley is asleep, too...maybe you and Talmage could just go into the Visitor's Center while I nap with the boys. It should be open by the time we get back."

And so on and so forth.
Plans kept changing, and being adjusted, and we did a whole lot of driving around before we ultimately decided to throw out our plans to play in the lake and headed back to a bike trail near our house.
By the time we got there, everyone was having a melt-down and we once again changed plans and headed home.

BUT...we learned some good lessons about camping with kids, the boys enjoyed their first experience, and Talmage has declared s'mores his new favorite food. So despite the difficulties, we're glad we went!


After much-needed naps for everyone, we went to celebrate further at Smart Cookie, a place that sells cookie-ice cream sandwiches, and a landmark from one of our first dates together! 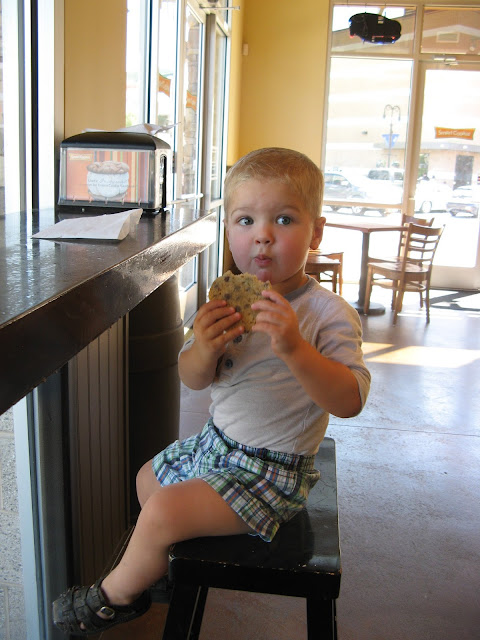 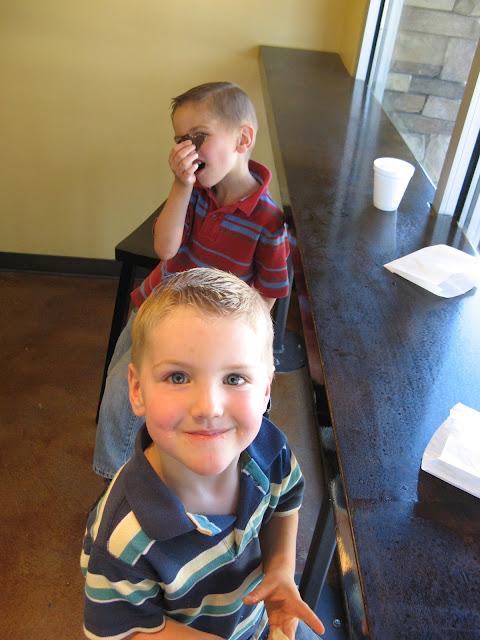 Sam had some lab work he needed to take care of,
and he also had a meeting he had to go to Saturday night,
so the boys and I played at some parks in SLC while he worked. 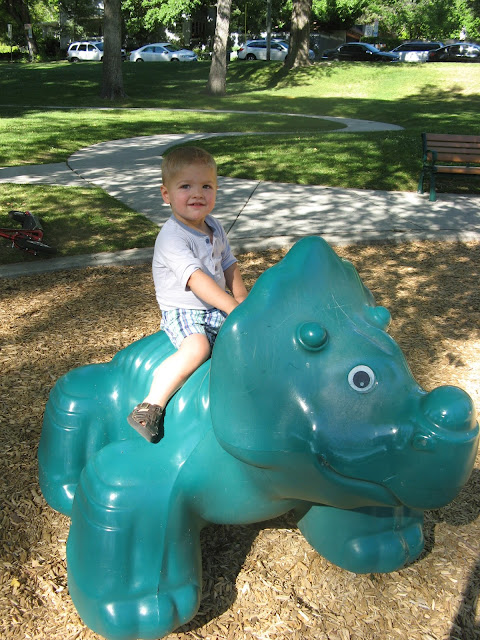 As Sam and I sat by the fire late Friday night, I told him I was thinking about what the happiest moment of the past year was. I decided that the very happiest moments were not the big events, but rather the small moments of daily life when everyone is happy and my roles of wife and mother are so fulfilling.
Those moments, however fleeting they may be, bring far more deep and lasting joy than any of the more grandiose times in my life. 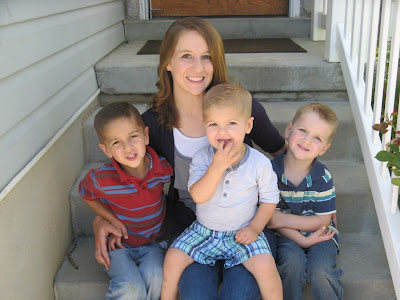