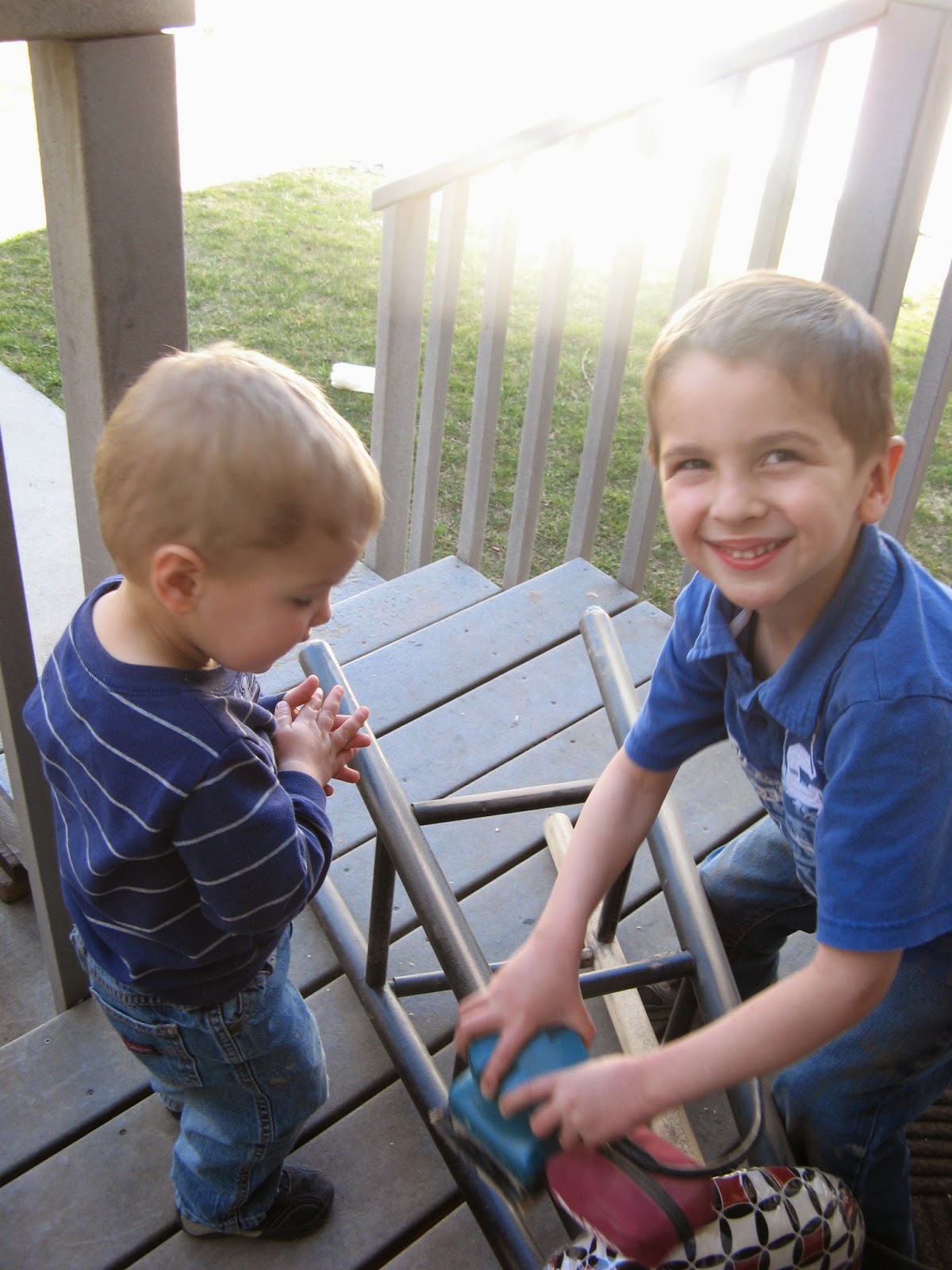 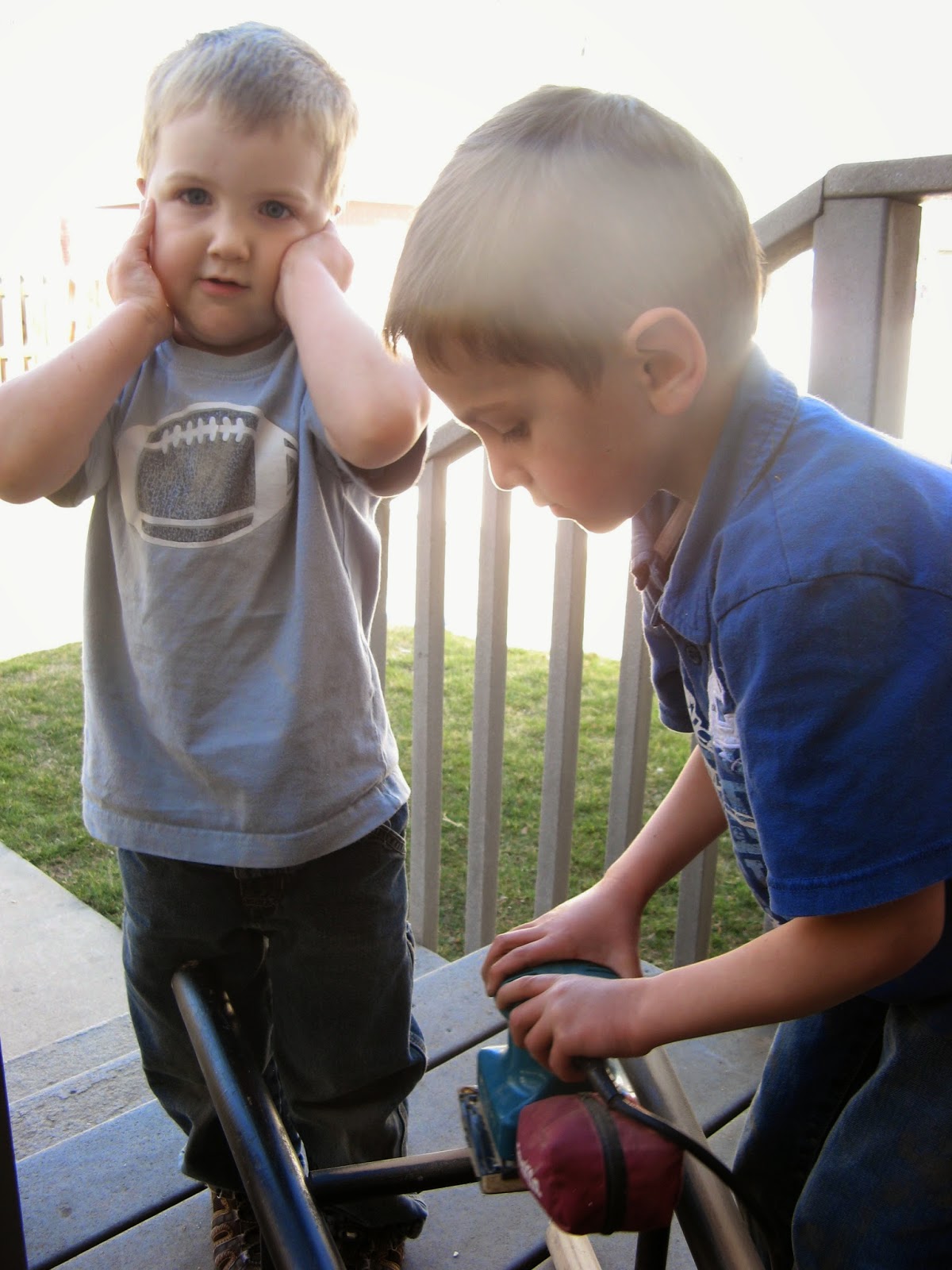 1-I'm slowly but surely whittling down the list of projects I wanted to get done after moving into this house. Re-covering and staining our kitchen stools is my current project, but it's been tough to get the sanding done while simultaneously being courteous to the school next-door! The boys have had fun helping me, despite the loud sander!

2-Lately Wesley has been calling me "Momsies" or "Momsers," which I think makes him sound very teenager-ish. 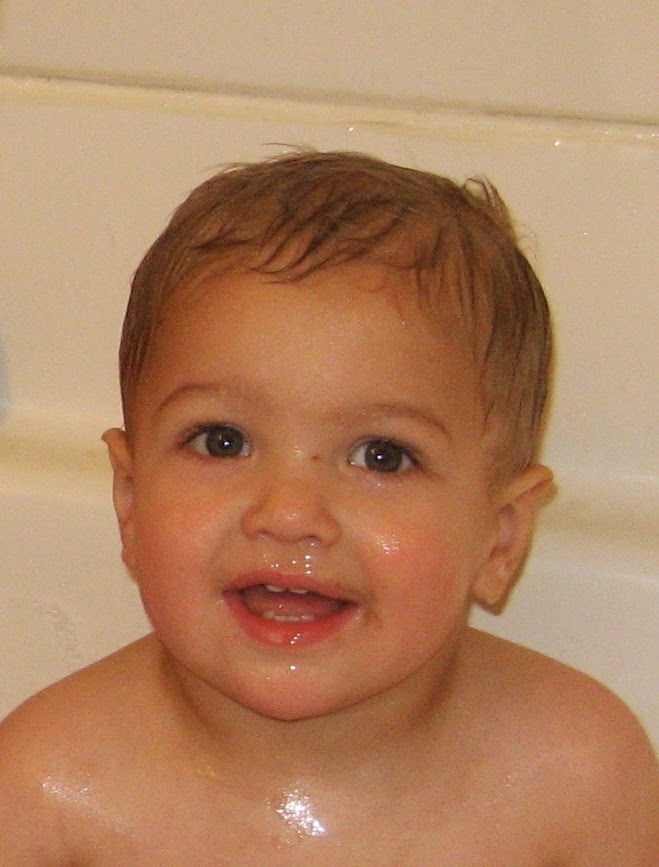 3-This boy is seriously terrified of water. This picture was taken during a rare happy(ish) moment, but he has a major meltdown every time I put him in the bath or shower. I'm not sure what to do about it--we both dread washing time and I have to pin down a writhing, screaming baby every time I rinse out his hair while trying to ensure he doesn't smack his head on the shower walls at the same time.

4-We fixed up one of our bikes this week and got the bike trailer hooked up, so I'm now able to go for bike rides with two boys along. We've tried a couple of rides with the third boy riding either a bike with training wheels or a trike, but it makes for really slow riding! I'm considering attaching our child bike-seat to the back as well, but I'm not sure how well I'll be able to balance while towing three little boys along! We're also thinking about getting a new bike for Sam so that between the two of us we can bring along all of our littles on regular family bike rides after dinner. I love bike riding, but until all of our kids are old enough to keep up on 2-wheelers, it's tough to make it a family event! Maybe someday we'll get one of these bikes, which can hold three kids comfortably! 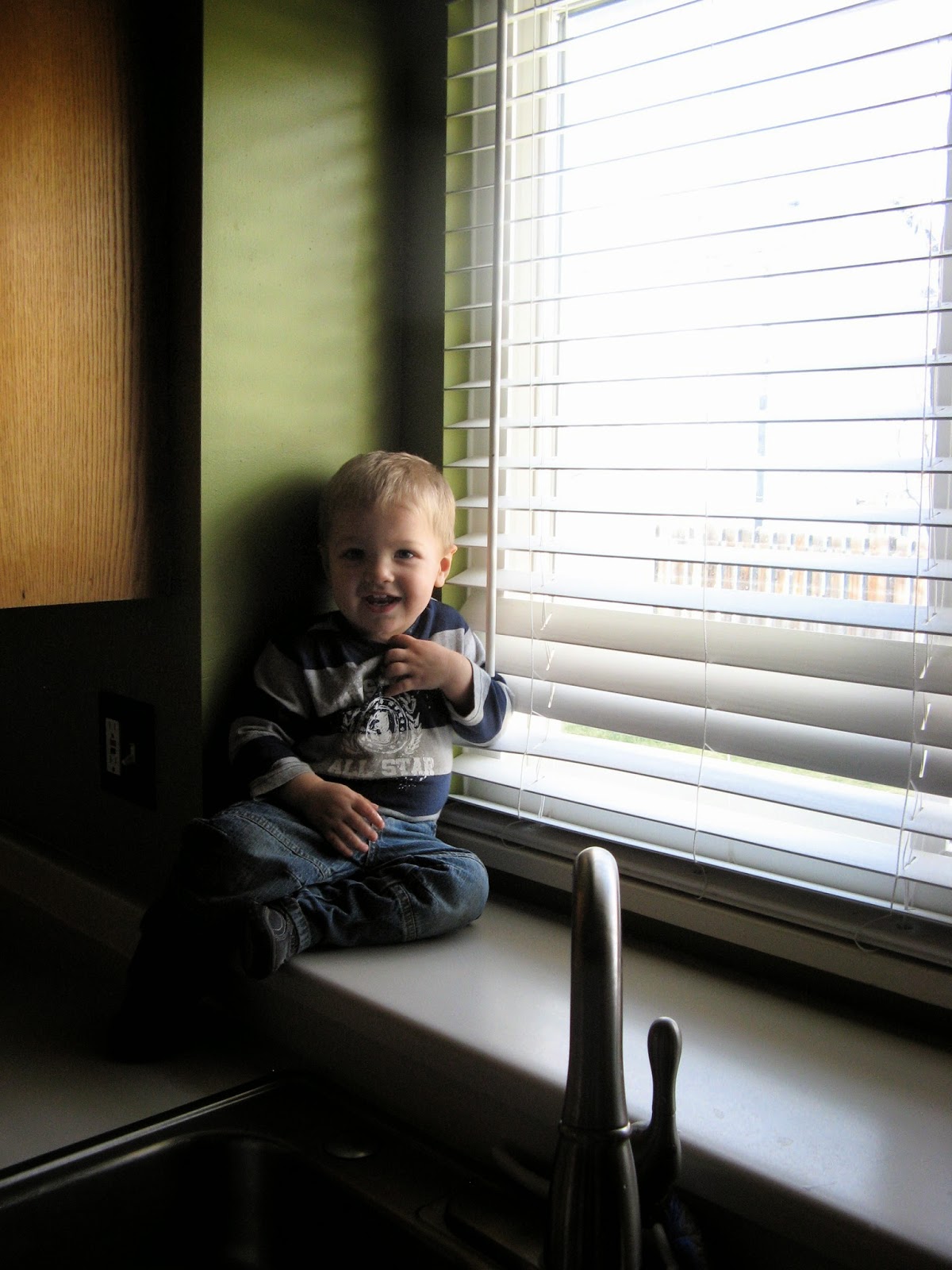 5-I'm not sure if Lincoln likes climbing quite as much as Wesley did, but he's up on the counter all day long, opening dish soap, getting into the cupboards, playing in the sink...this little sweetheart keeps us on our toes!
Posted by Kaitlyn at 3:06 PM