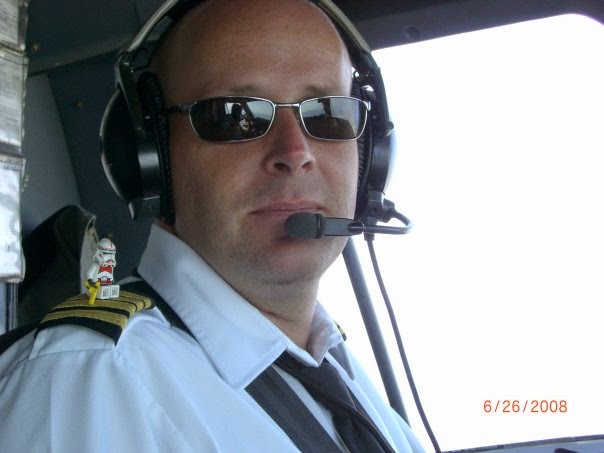 It was an afternoon late in the spring of 2010.
As a pilot and father of three children, my cousin Craig was content with his life.
Enthusiastic about endurance racing, he headed out for a bike ride to train for an upcoming race,
planning to be gone about an hour and a half.
Dusk was nearing as he headed for home.
As he waited at a red light, he had no idea that in a matter of seconds his life would change forever.

The light turned green and as he continued across the street and down the road, he headed into another intersection with the right-of-way.
At that moment, a driver failed to yield on her left turn and turned directly into Craig.
He hit the right front corner of the car, flew off his bike, and punched his head through the windshield.
The impact bent the metal the windshield sits on.
He was flipped on top of the car and ended up on the ground.
And those few seconds in time completely erased his memory of the next 10 days.

Witnesses explain that he told people he needed help and even tried to get back on his bike.
Emergency responders were on the scene of the accident quickly and he was life-flighted to the hospital. Somewhere along the way he lost consciousness.
Because he had no ID on him, there was no way to contact his wife.
After repeatedly calling and trying to reach him, she panicked when a police officer finally answered his cell phone and told her he couldn't tell her if he was alive or dead because he didn't know--but it didn't look good.

Miraculously, he regained consciousness that same day.
Over the course of the next week and half, he was kept sedated with medications.
His interactions with others were limited, and he has no recollection of the earthly events that took place during that time.
Because of the nature of his experience, it wouldn't be right for me to share the details here,
but suffice it to say that while Craig's brain was bleeding and swelling and his body was afflicted with numerous other injuries,
he made the decision to continue his journey here on Earth. 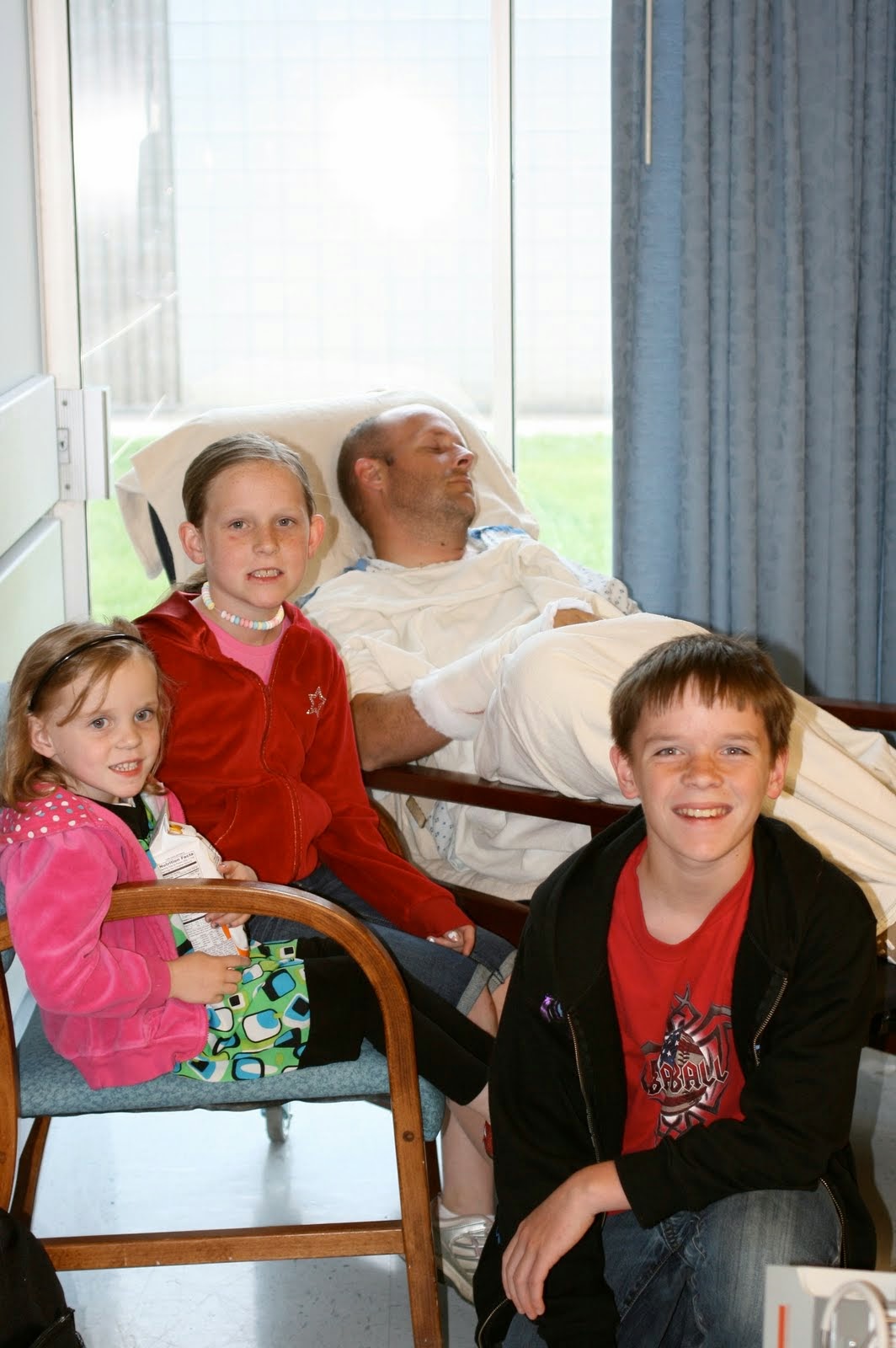 The 21 days he spent in hospitals were nothing short of miraculous.
Speech & physical therapists were shocked with his progress as they had never seen anything like it.
When, about a month after the accident, Craig met the first responders who helped, they were stunned to see how well he was doing. Seldom do they see recoveries like his.

But they weren't the only ones shocked.
Waking up in a hospital bed in excruciating pain and learning that he had been hit by a car was hard for Craig to wrap his mind around.The next weeks, months, and even years led him on a journey of physical healing and emotional reflection that has significantly impacted the person he is today. 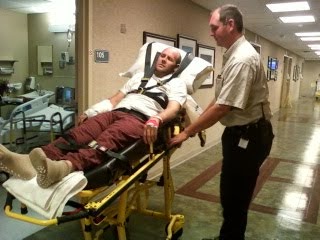 "What blessings have come into your life as a result of this?"
"Honestly, I can't look at this experience as anything but one huge blessing."
Craig's outlook on the situation is so positive, but there are also some incredible things that did come as a direct result of this accident.
Because of his brain injury, he could not fly for two years. While that news was difficult to accept initially, he was able to accept a job in the training program. And because of the opportunities he had in that area, he was able to be promoted to a management position at Skywest--something he wouldn't have been able to do with solely flying experience.
He discovered that this new position gave him great flexibility and increased regularity--he is able to be home at nights as opposed to the constantly changing schedule he had as a pilot, he gets to fly when he wants to, and he has been able to find a great deal more fulfillment as he has helped others obtain their dreams.
"It's blessed my life in so many ways," he said. "Heavenly Father really works in strange and mysterious ways."

"How has this changed you as a person and your perspective on life?"
"I gained a real understanding of how unimportant and trivial 'things' are in life." Craig said he felt that the things that are most important are the things that can't be replaced and that we need to spend our time developing the relationships we have in life and helping others when they are need. "That's the stuff that is the real reward...that's the stuff you take with you--the love and the care. And on the flip side, if you are developing hate, you take that with you. You want to take good when all's said and done. You want to take a bunch of love with you." 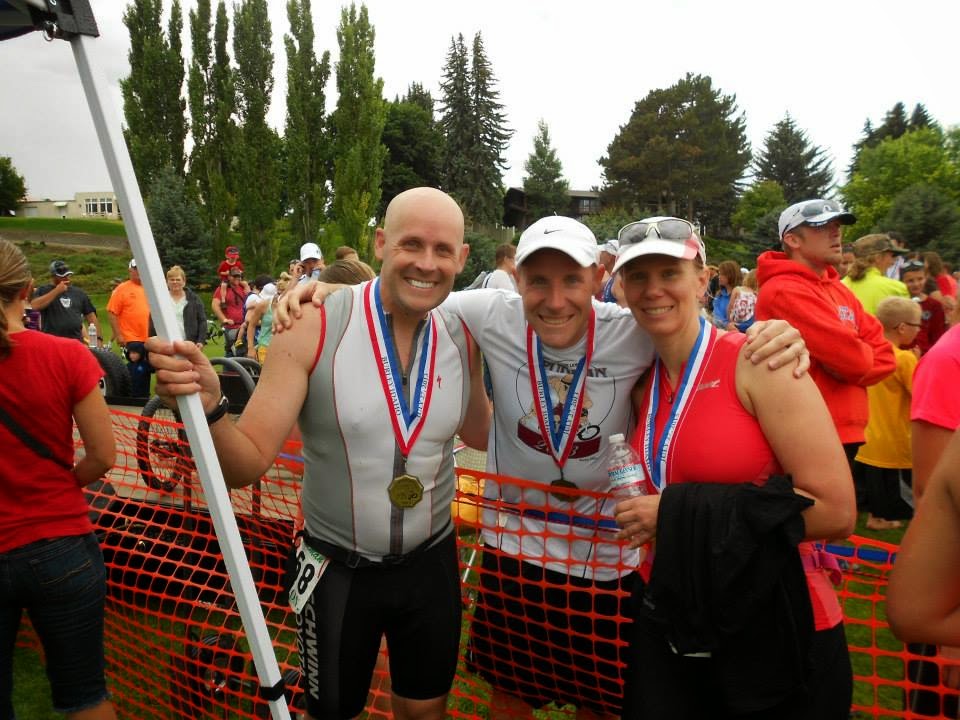 "In addition to serving your family and others and living your beliefs, what is the most rewarding thing you have done post-crash?"
As a teen, Craig said he was not adventurous. He was precocious, he tried to be careful, and he tried to do the things others thought he should do rather than what he wanted to do. Craig lost his mother when he was 2 years old, and after his father died when Craig was 24, he began to take a look at his life and decided there were some things he wanted to do but had not done. One was to run a marathon. He got into running and met that goal and then began training for the LOTOJA (a bike race through the mountains from Logan, UT to Jackson Hole, Wyoming--a distance of over 200 miles). He also accomplished this goal.
Craig said he remembers laying in the hospital with many broken bones and a brain injury with an uncertain road ahead of him. He lay there and thought, "This might be it...this might be the end of my endurance athleticism." And yet, with his motivation and endurance, he ran a 10k just 4 months after the accident and has only progressed from there.
Ultimately, almost 5 years after his crash, Craig decided he would complete a full Ironman (a 2.4 mile swim, 112 mile bike ride, and full marathon back-to-back).
(I had to laugh when he got a biking shirt after his crash that said, "Once is enough...please don't hit me again!")

"What advice would you give your 18-year-old self?"
"Do the thing you want to as long as it's not bad and you're not going to hurt anybody because you never know and you need to live a full life...it's not what other people want you to do, it's what you want to do and what you should do."

"What is your favorite part of being a father?"
Being able to continue as the father of his children was one of the primary factors motivating Craig's recovery. I asked Craig what his favorite part of being a dad was and he said he just loves playing with his kids. He loves enjoying their lives with them and sharing their lives with them. He loves tickling them, telling them stories, and just interacting with them in general.
(And I can add my voice to say that Craig is great with kids of all sorts--they love him!)

"Can you tell me about a defining experience you had before the age of 18?"
Craig's life has been full of challenges and unique experiences, so I was curious to see what had stuck with him most from his youth. He shared an experience with me from when he was about 17 years old. He had just gotten done with school, and his Dad told him they needed to run up to their farm to take care of some things. Since the farm had originally been Craig's grandparents', the property was a ways away and Craig didn't particularly want to go. He convinced his dad that he didn't need to go. That evening, when his dad came home, Craig was feeling pretty selfish for what had happened. Remorsefully, he apologized for not going. His dad looked at him and said, "I cannot hear the words coming out of your mouth, for your actions are thundering too loudly in my ears."
"It was worse than if he had struck me," Craig said. He knew he had let him down, and he decided at that moment that his actions and his words would always match.


As I wrapped up my conversation with Craig, he very soberly told me, "Kaitlyn...it's all really real. It's all really there, and it's all really worth it. Whatever we have to do to get back to Heavenly Father...it's all worth it."
Since the day my mom called to tell me what had happened to my cousin, his story has been an inspiration to me as I hope it has been for you. 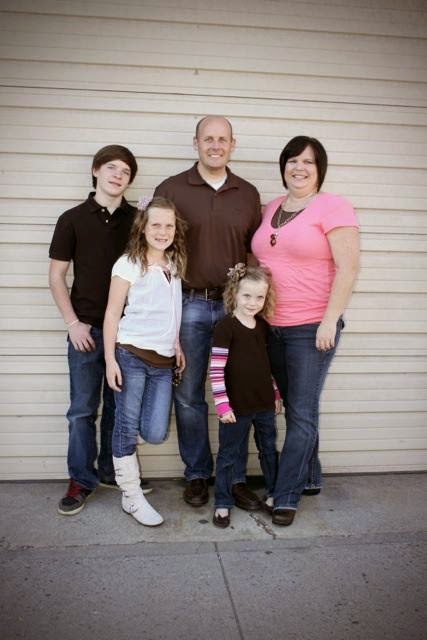