Equal Partners: Thoughts on LDS Women and the Priesthood

Note: It is not my intent by writing this to attack those who feel differently than I. At times I too have wrestled with aspects of Church doctrine. It is my goal to share some of the thoughts I have had as I've sought to more fully understand and appreciate my role as a woman. 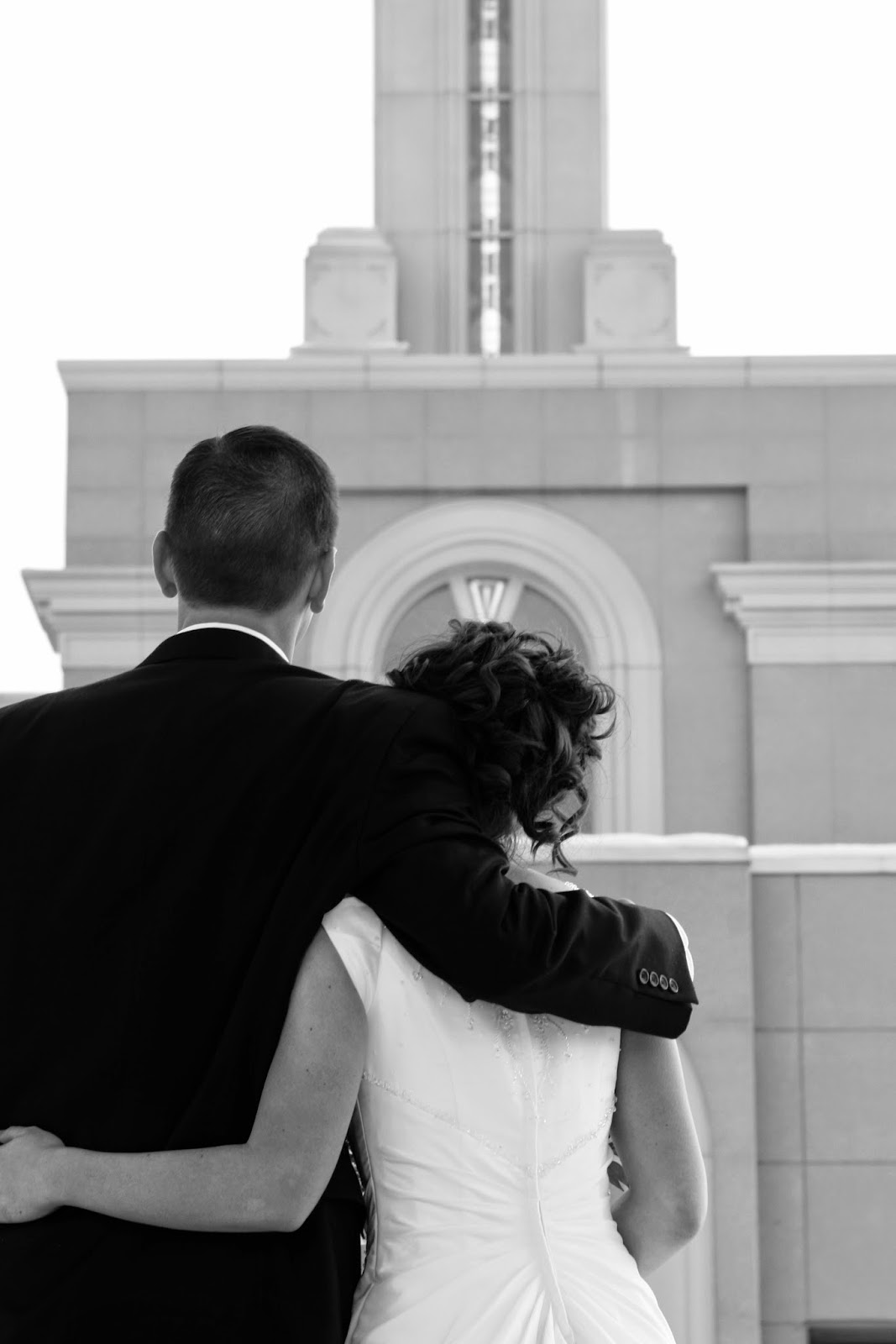 Imagine, with me, that a CEO of a large company hires two individuals--one as vice-president of marketing, and one as vice-president of production.
He gives them tools specifically designed to help them fulfill the purposes of their positions,
accomplish the overarching goals of the company,
and contribute to the vision he has of the company's ultimate success.
To the vice-president of marketing he gives graphic design software, a list of networking possibilities, video equipment, and a team of qualified individuals.
To the vice-president of production he gives equipment necessary to create their products, quality control monitors, resources for purchasing needed materials, and product design software.

Both vice-presidents are given generous budgets to work with,
and the CEO ensures that they know he is there to support them in their responsibilities, he values their contributions, and he is equally accessible to both.
Both positions are necessary for the success of the company.
And both individuals receive the same annual salary and benefits.

Time passes, and the company attains even greater success and begins to expand.
Business is booming.
In many ways, the vice-president of marketing becomes the "face of the company," as he films commercials and travels extensively to represent the organization.
The vice-president of production spends the majority of working hours in the company's large factory, overseeing factory workers, checking products, and taking inventory.

This vice-president has two choices.
She can begin to feel stifled and compare her work to that of the vice-president of marketing, worrying that her contributions are not valued as much and her duties are mundane.
Or she can recognize that both positions are necessary for the company to succeed and that the CEO, in his wisdom and with his goals in mind, selected them for their specific duties because of unique characteristics they each possessed and then gave them each specialized resources to enable them to fulfill their job requirements while ultimately rewarding them identically.

In 1995, the First Presidency of the Church of Jesus Christ of Latter-day Saints released a statement entitled, "The Family: A Proclamation to the World."
In this statement we read, "By divine design, fathers are to preside over their families in love and righteousness and are responsible to provide the necessities of life and protection for their families. Mothers are primarily responsible for the nurture of their children. In these sacred responsibilities, fathers and mothers are obligated to help one another as equal partners."
We likewise read, "Gender is an essential characteristic of individual premortal, mortal, and eternal identity and purpose."

In recent months, public media outlets and other sources have portrayed the fact that in the LDS Church only men can hold the priesthood as an unfair, oppressive law.
And while some members echo those sentiments, the vast majority of LDS women do not even have a desire to hold the priesthood.
In fact, as a recent survey found, active LDS women are even more likely than men to oppose the idea of female membership in the priesthood.

And when one considers this issue in terms of roles and gifts, the reasons for this mindset become increasingly clear.
Men and women have been blessed with clearly defined roles, each magnified by the natural gifts with which our Father in Heaven has blessed His children.
As mentioned above, fathers are responsible to preside over their families, provide for their needs, and protect them while women work as equal partners in their roles as nurturers.
When one ponders the natural, complementary gifts given to men and women, it is clear that such gifts fully support these responsibilities.

The beauty of a woman's nature is astounding.
And the importance of her role as nurturer cannot be overstated.
The nurturing influence of a mother is perhaps the most defining thing that determines the fate of the rising generation and the future state of affairs in the world.
Natural gifts of compassion, empathy, and sociability exist within each woman's heart.
In the words of Elder D. Todd Christofferson,
"Women bring with them into the world a certain virtue, a divine gift that makes them adept at instilling such qualities as faith, courage, empathy, and refinement in relationships and in cultures."
When we recognize the unique gifts of womanhood and use them to serve God in the responsibilities He Himself has given us, we find ourselves blessed with strength and influence.

And working side-by-side with men as they likewise use their gifts in the service of the Almighty enables us to use our "compensating competencies" and complementary gifts to accomplish far greater work than either of us could do alone.
Differences should be celebrated, not devalued as inequalities.
Specialization increases effectiveness, and when we are able to focus our efforts on our individual responsibilities while supporting one another as we do so, the results are immeasurable.

And lest anyone assert that the responsibility to nurture is only relevant to those women who have the opportunity to become mothers, let me reference the fact that all LDS women are part of the largest women's organization in the world--
an organization whose motto, "Charity never faileth," brings to light the same responsibility to nurture--
not just children, but entire communities.
Relieving burdens, teaching with love, and serving with compassion in whatever capacity we find ourselves are central themes in the lives of women.

In addition to recognizing the value of our separate roles and unique gifts,
it is helpful to look at the ultimate purpose of these roles.
In Moses 1:39 we read, "For behold, this is my work and my glory--to bring to pass the immortality and eternal life of man."
And the duties of both men and women inherently possess the goal to assist God in His work and His glory.
Whether we are officiating in sacred ordinances such as baptism, teaching children to gain testimonies in their youth, giving priesthood blessings to those seeking comfort, or providing comfort through nurturing compassion, our goals are the same.

Not only do we share a common central goal,
but the sacrifices required of both men and women in building the Lord's Kingdom are very similar.
The duties of the priesthood, when taken seriously, look very much like the duties of womanhood--both require a great deal of unselfishness, seeking of revelation, and inconvenient service.
I have watched faithful priesthood holders sacrifice in their careers, their comforts, and their wealth as they strive to fulfill the callings they have been given and minister as disciples of Christ.
While the world may depict the responsibility to preside in the Church as a luxury,
the reality is that fulfilling priesthood responsibilities requires a great deal of hard work.
And the roles of both men and women teach us the same characteristics of charity, humility, faith, wisdom, and endurance.

So while many loud voices claim that the uniquely defined responsibilities of men and women within the Church represent inequality,
let me add my voice and firm testimony
that the role of a woman is absolutely equal to that of a man.
Both have the potential to receive the same blessings during and after this life.
And the most empowering thing we can do is to embrace our womanhood--
to gain a testimony of our divinely appointed roles and responsibilities and then magnify them,
in equal partnership with men,
to do God's work.
Posted by Kaitlyn at 9:11 PM