We had a nice little celebration together as a family for Talmage's birthday on Saturday.
He was so, so excited to open his presents.
Finally, just before noon, he was getting so antsy and we were so excited for him to see his presents that we went ahead and hid them and let the fun begin. 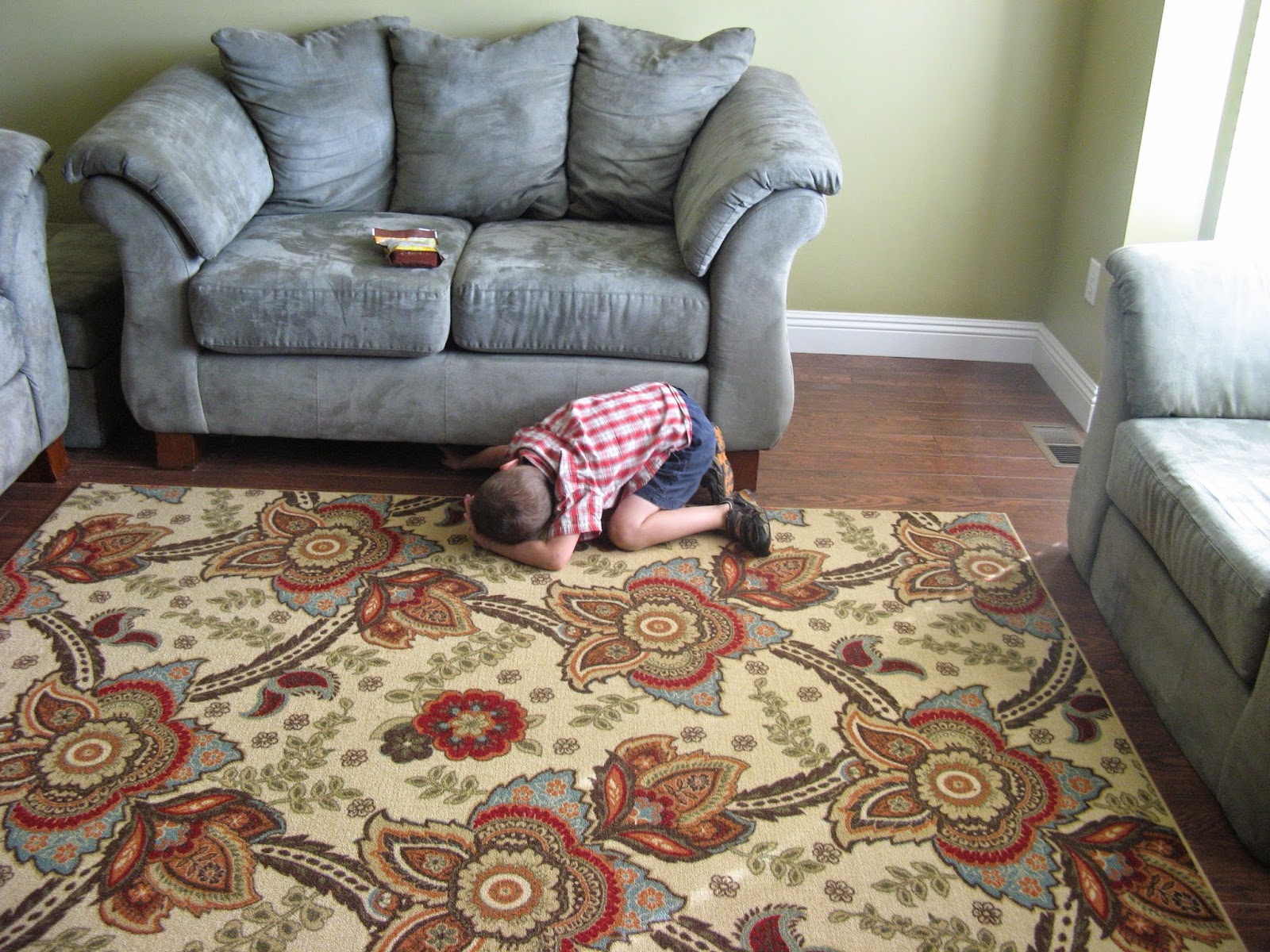 Remember my $10 budget for his gifts?
I had gotten some chocolate-covered raisins for our General Conference party,
but I forgot to pull them out. So they made a great gift--they're one of his favorite treats! 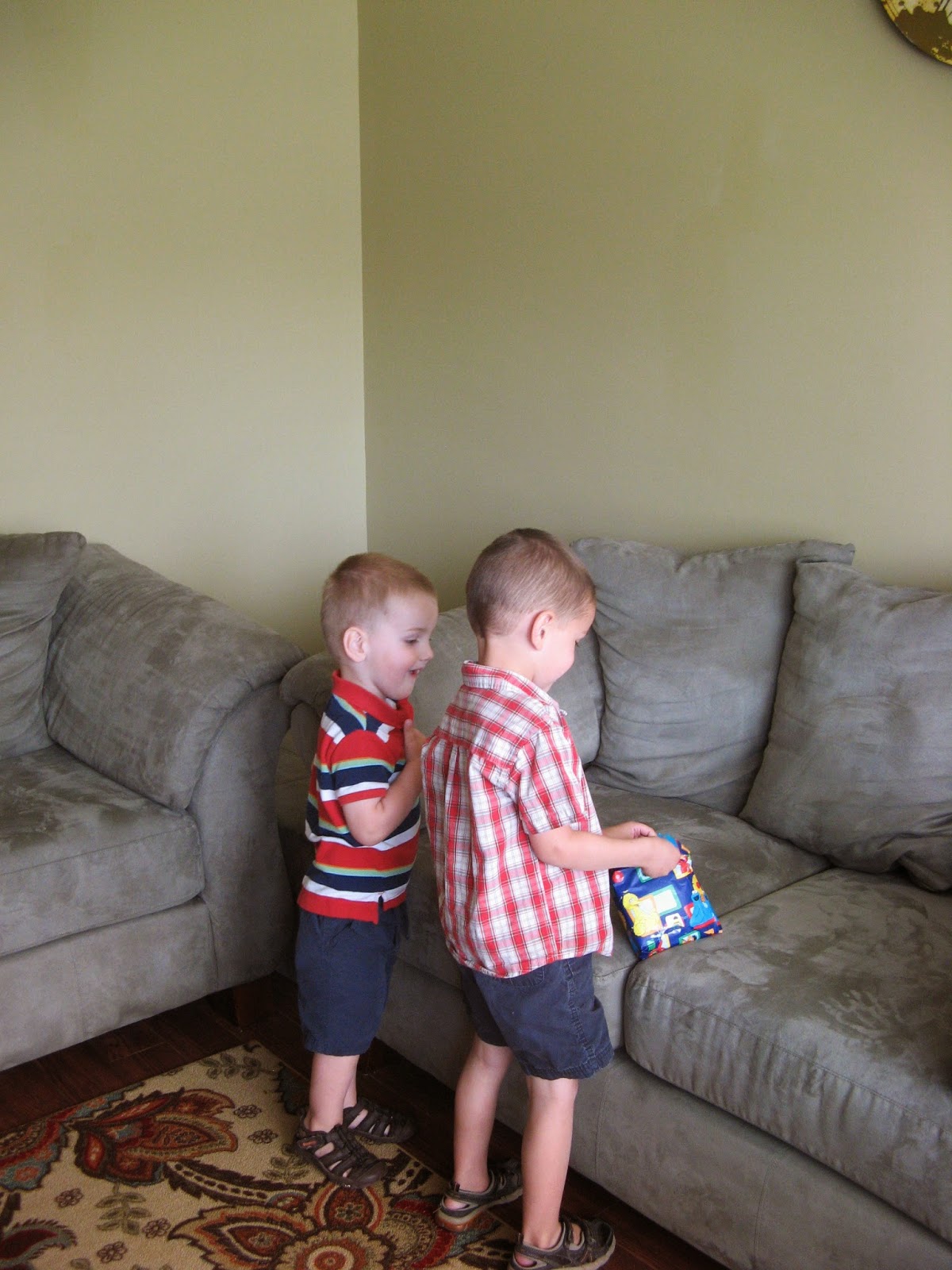 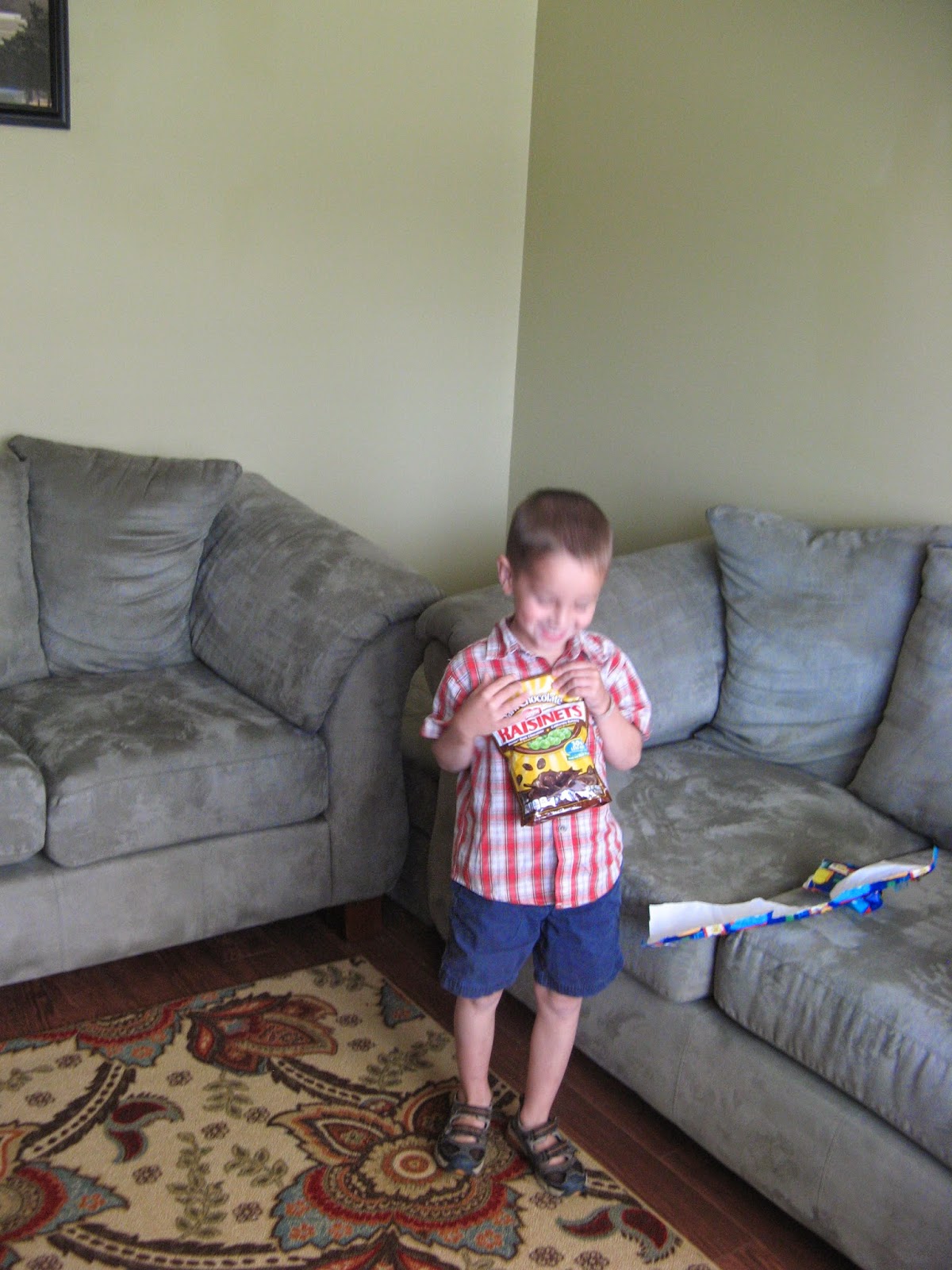 I also scored some of our favorite books at the DI for 50 cents each:
Officer Buckle and Gloria
The Mitten
The Snowy Day
Love You Forever
He was pretty excited to add some more books to the hundreds (literally) of picture books we have. 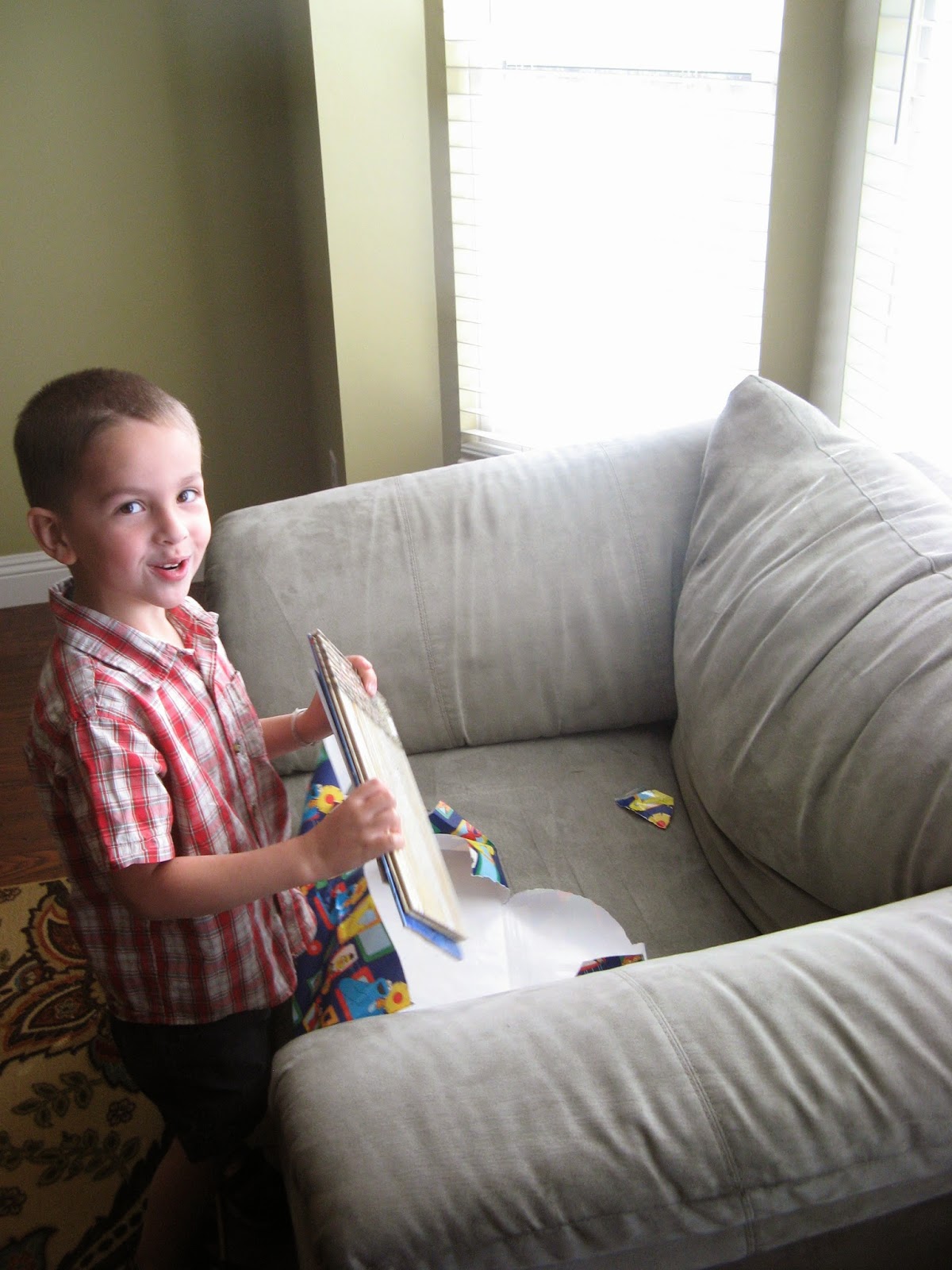 And then came the swords, shields, capes, and breastplates I had made.
They were so excited all the pictures turned out blurry!
Since Wesley's birthday is on the 22nd, we decided to go ahead and give him this gift now
so he and Talmage could play together
(and so he wasn't stealing big brother's things!). 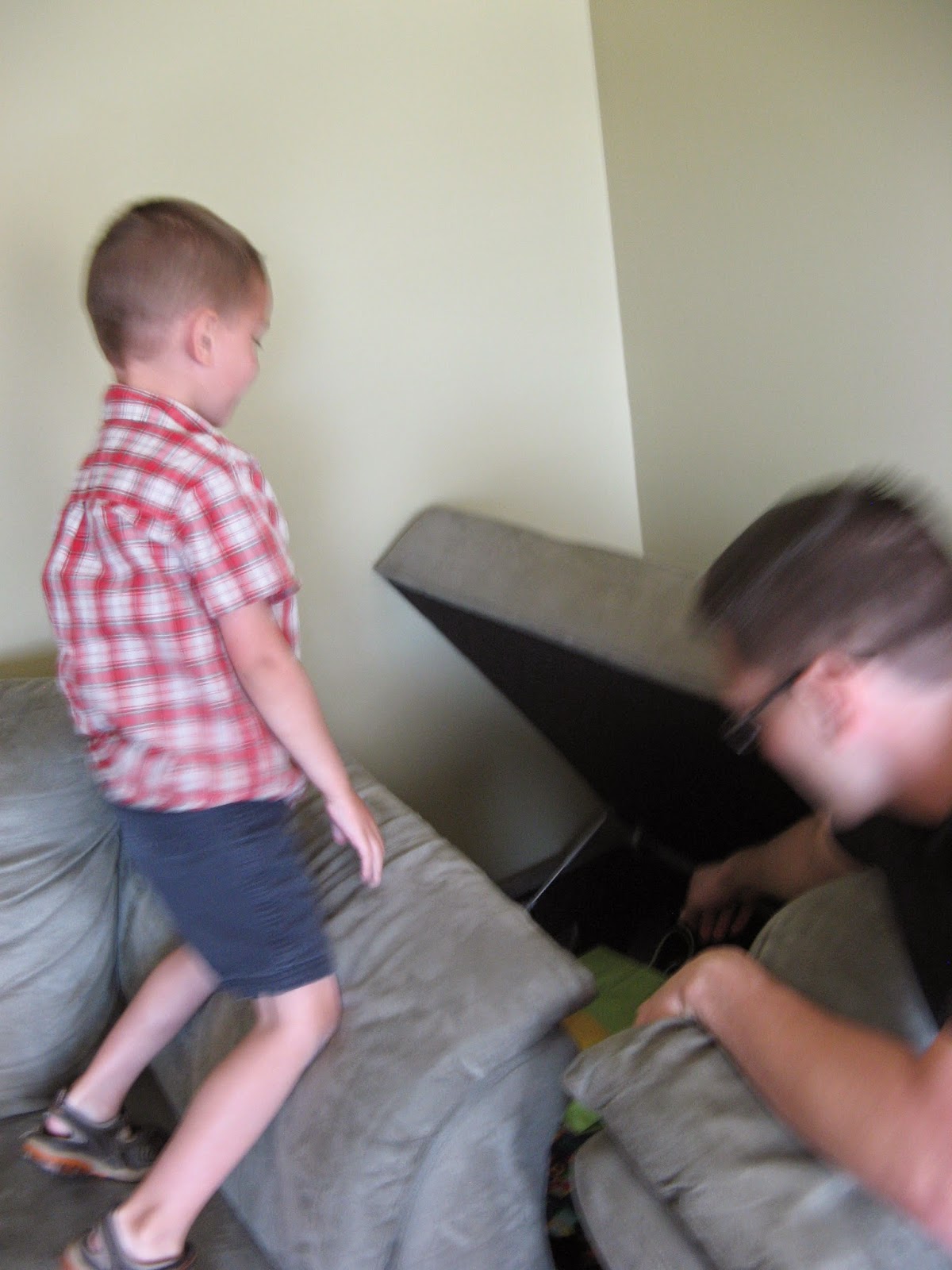 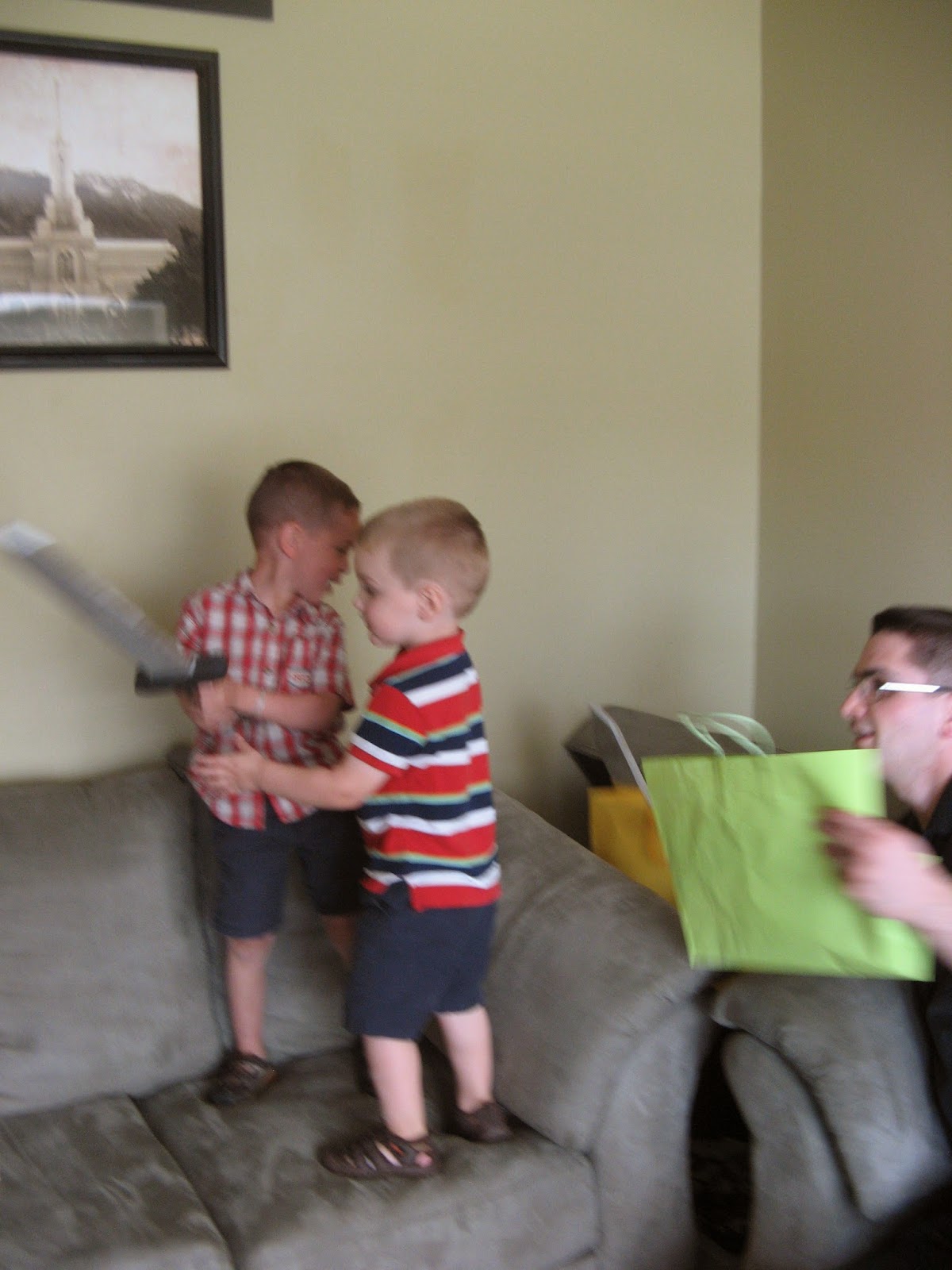 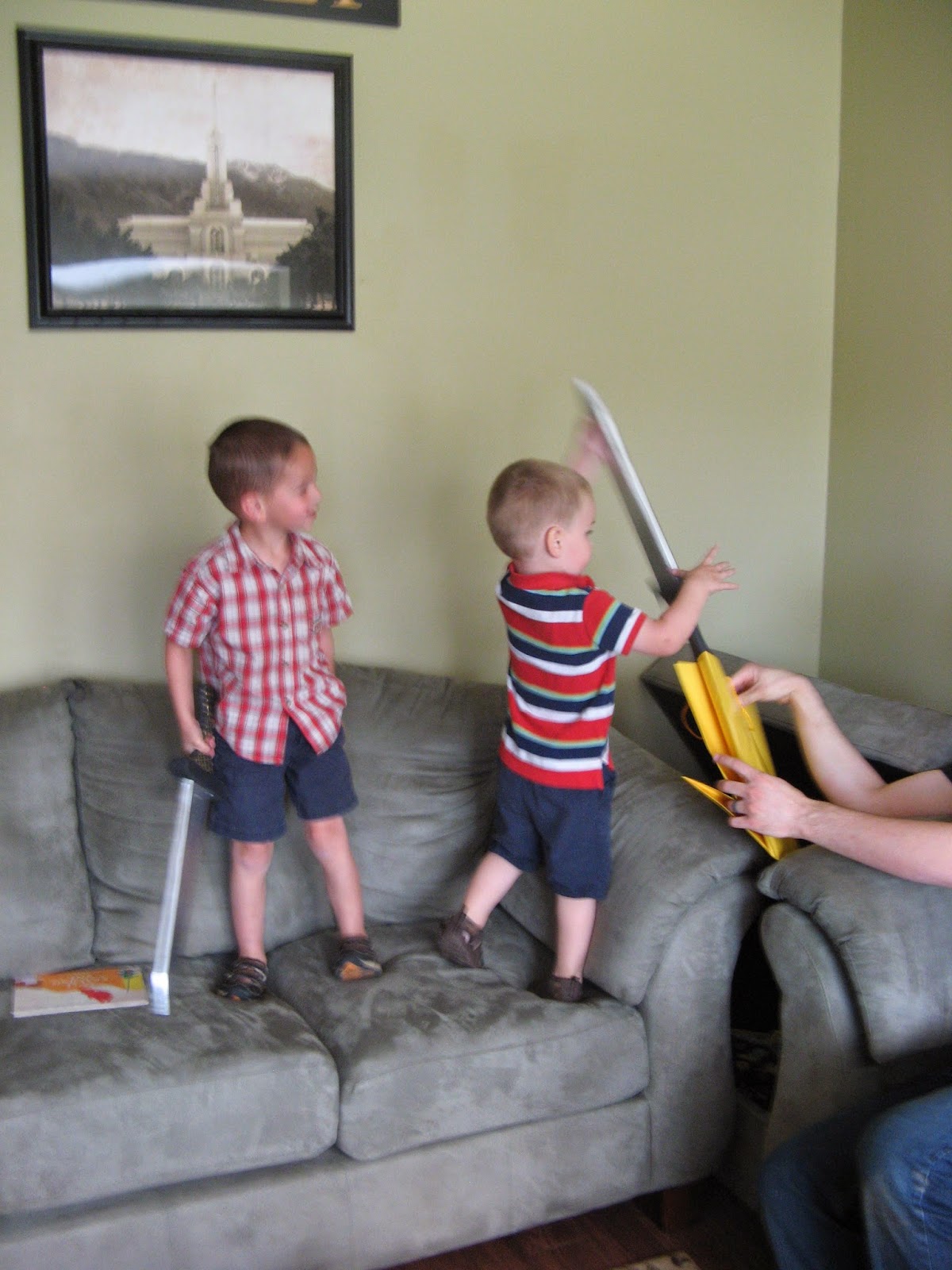 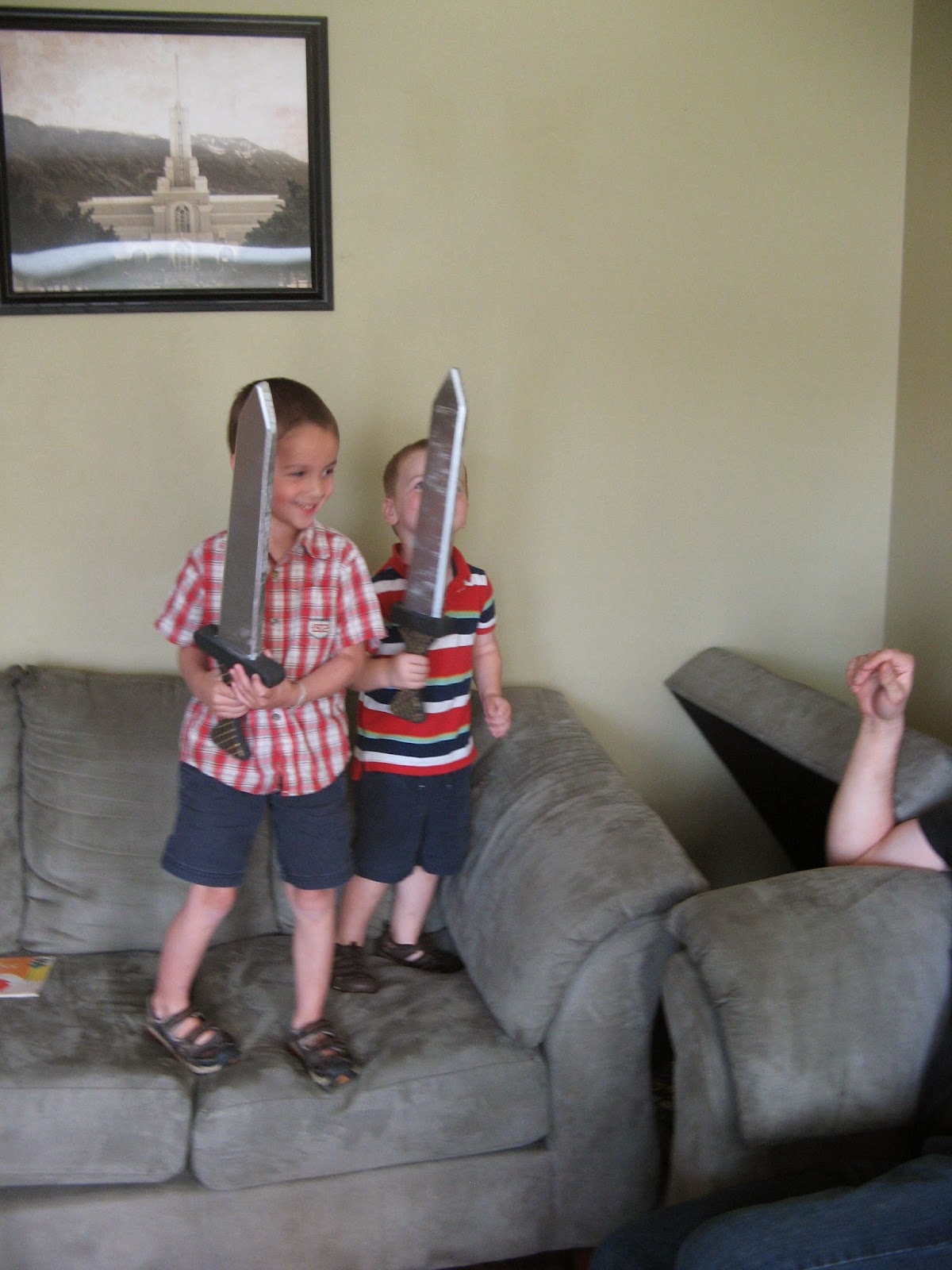 After all of that excitement, Sam pulled out the ant farm he had made for Talmage--it's seriously fascinating! He dug up some of an ant hill and put it in a jar with another jar inside of it, so the ants build their tunnels around the outside wall where we can see. At first they totally ignored the food we put in for them--their first priority was to build a cavern for a nursery and move all the eggs into it. We've really enjoyed observing them over the past few days--good job, Daddy! 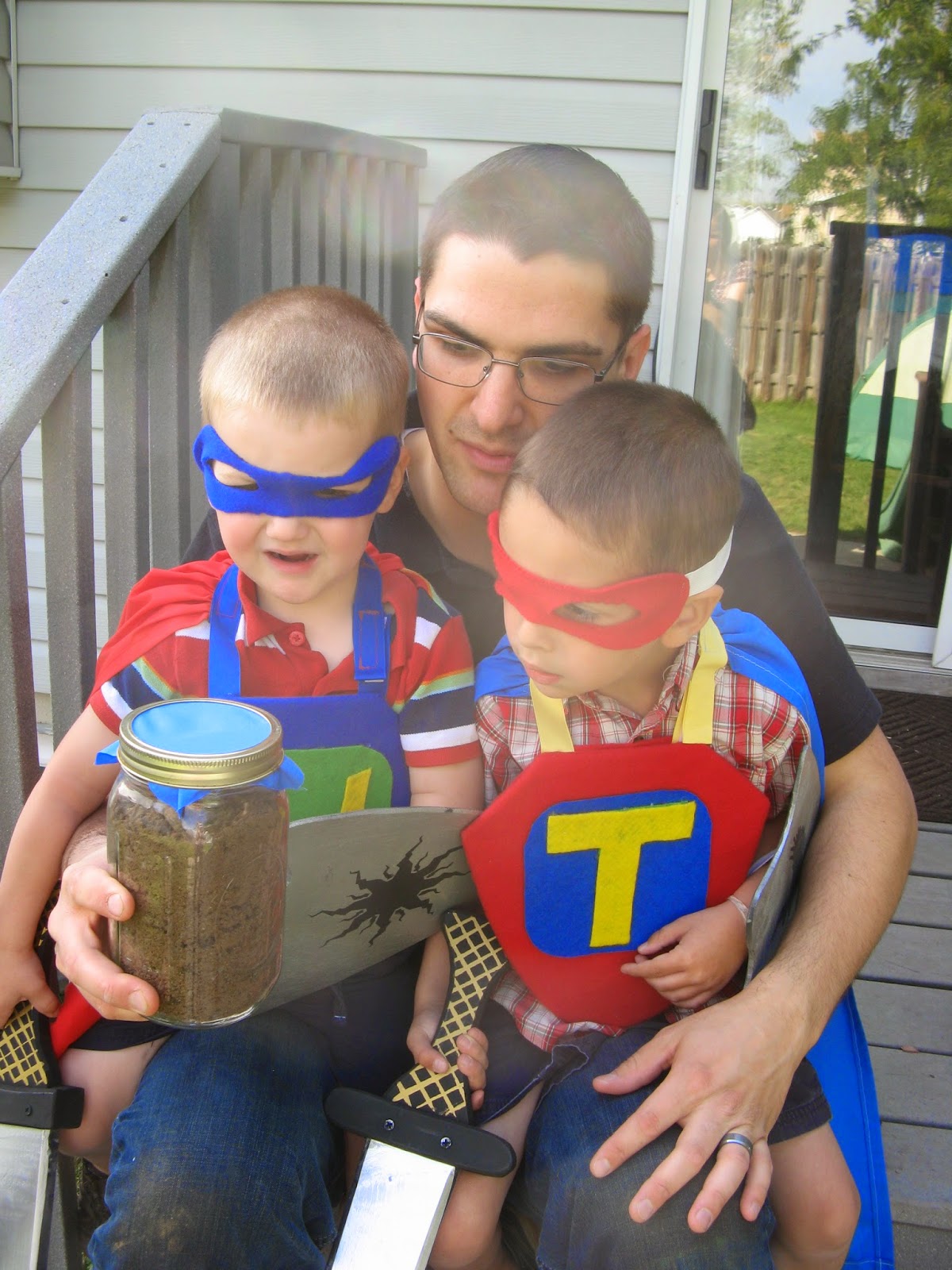 Watching them play heroes was so fun!
Talmage's shield has an eagle on it to help him remember to be a leader and fly above the ways of the world.
Wesley's shield has a sun on it to help him remember to serve others and be a light to them.
I'm still not super keen on the obsession with weapons,
but during Talmage's birthday interview (we film it each year),
I asked him why his sword and shield were his favorite toys and he said, "Because they help me remember to put on the whole armor of God."
He also said in a grand, deep voice while running around, "We shall use our shields to fight Satan and his fiery darts of the wicked!!!"
So I guess as long as we can keep steering it in a positive direction, I'll keep my objections to myself. :) 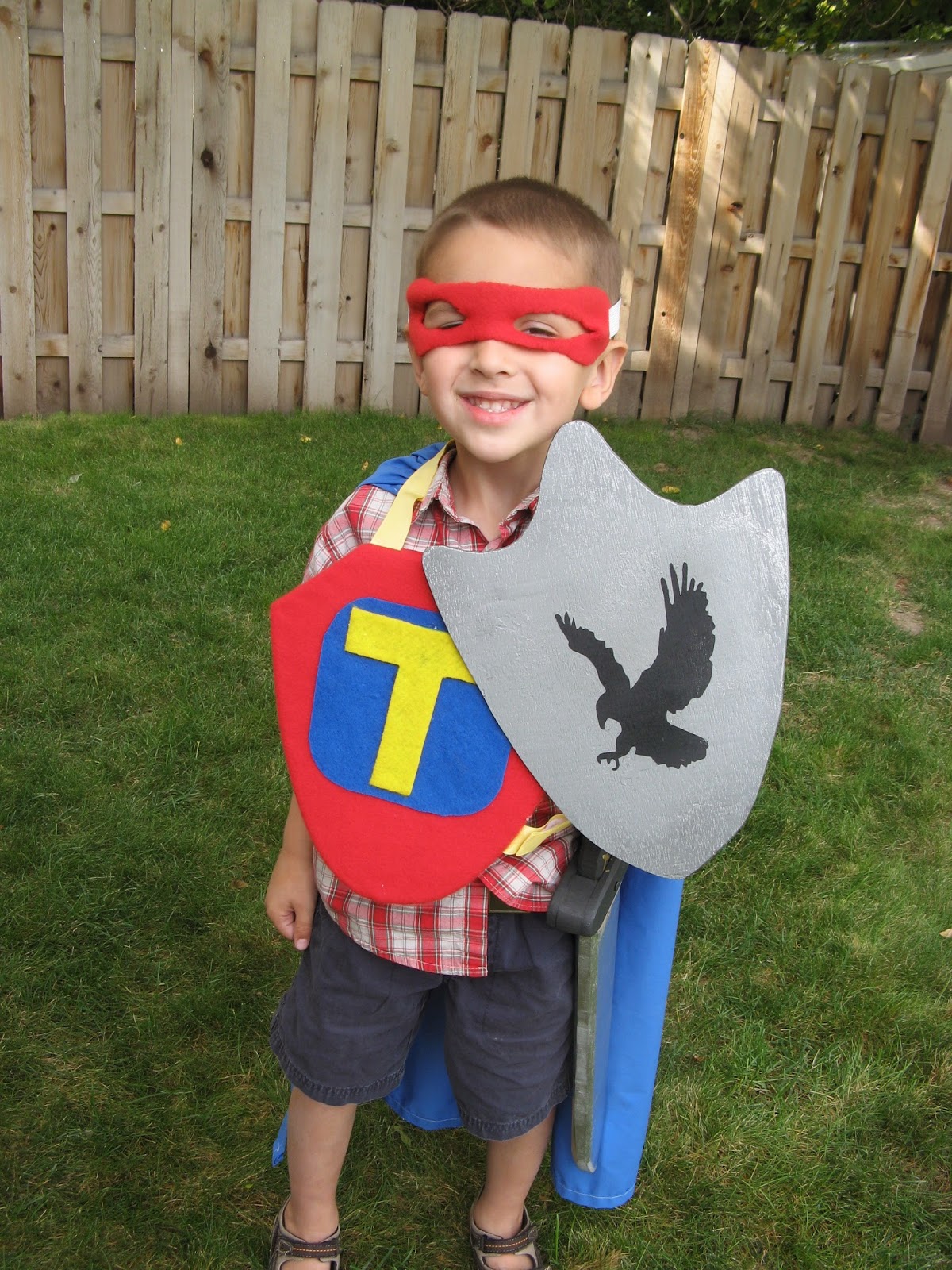 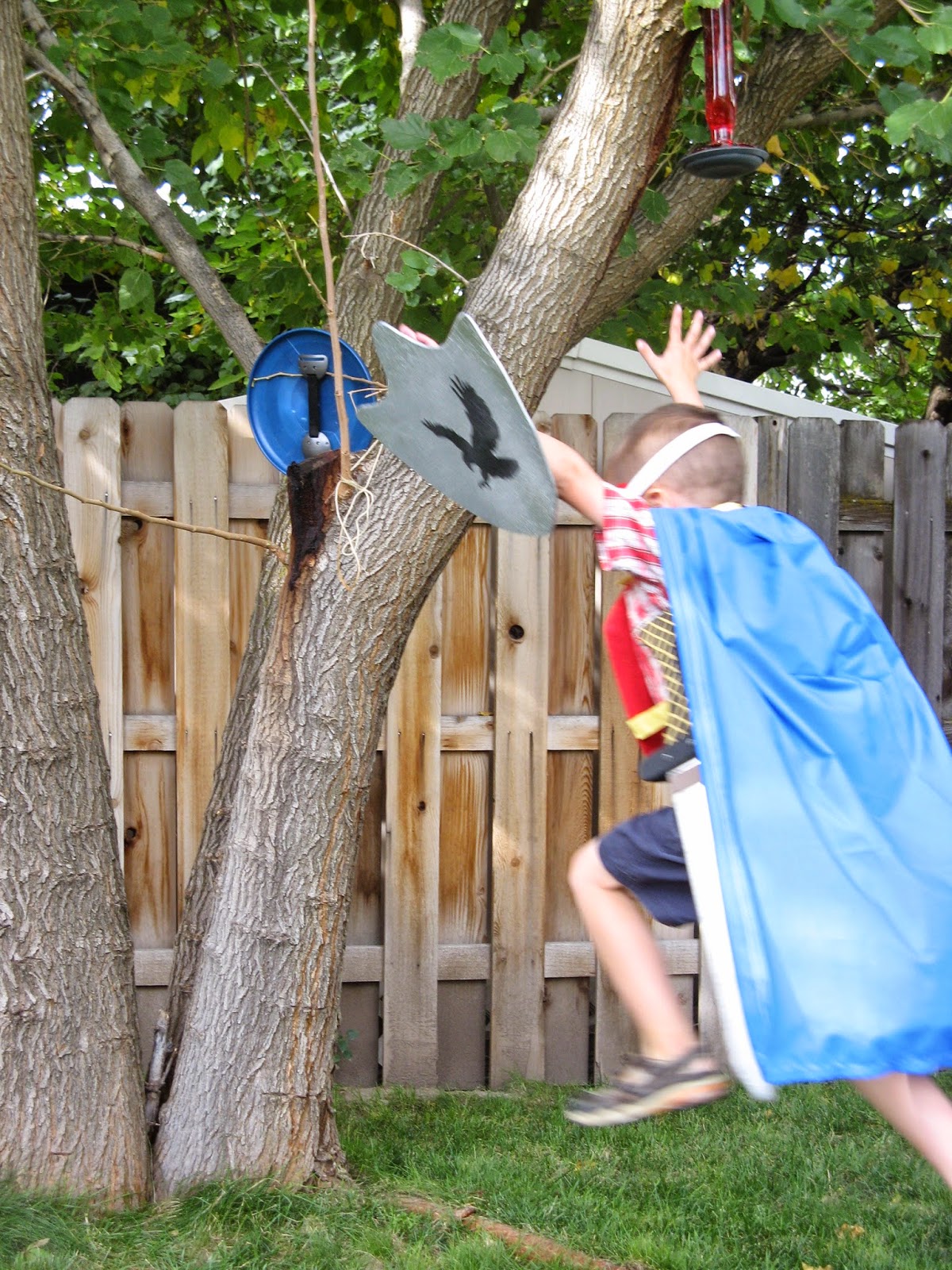 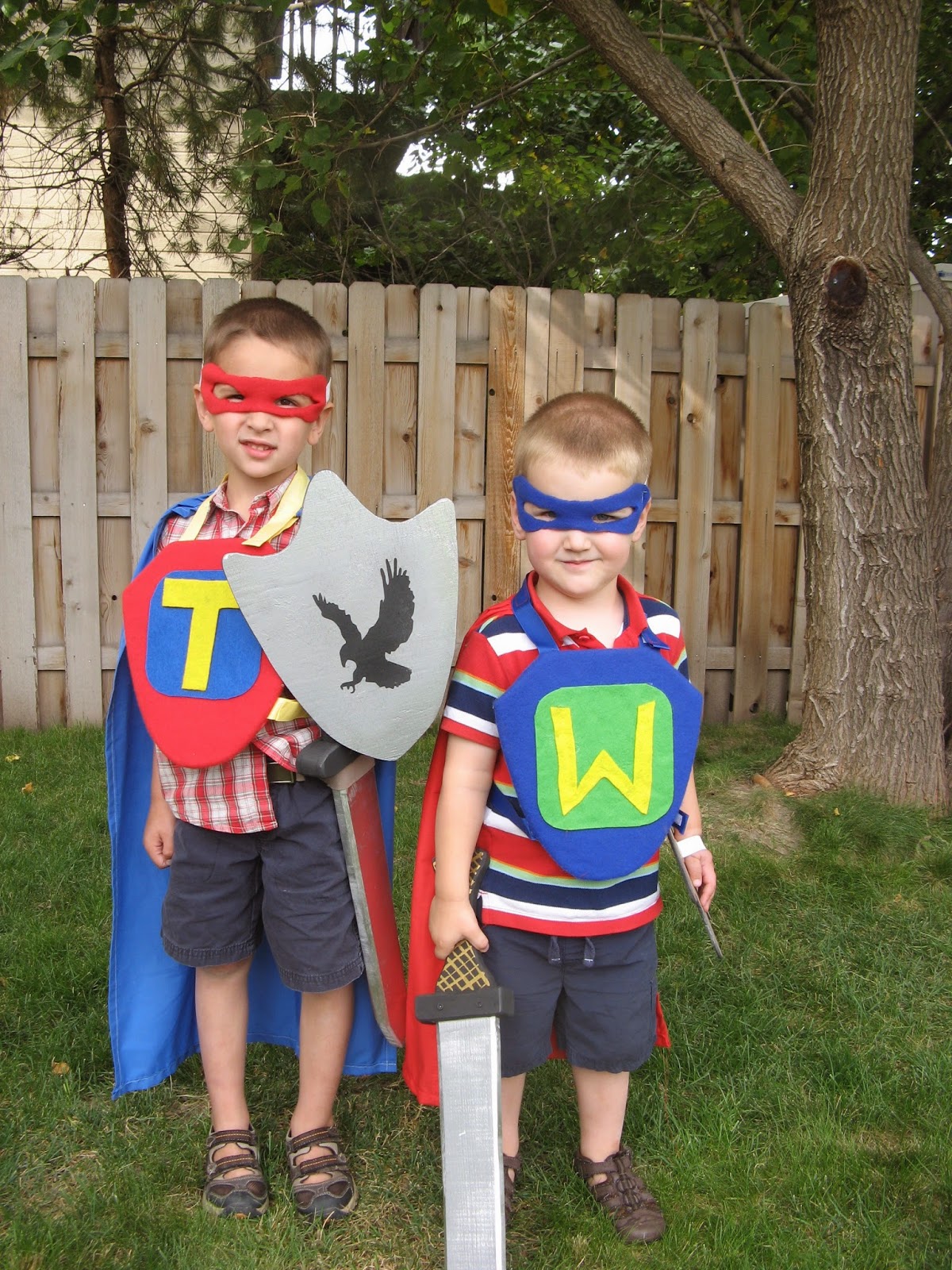 Here he is with his presents from us--his grandparents and aunts and uncles added a bunch more later on, including a roll of Scotch tape because he loves making things out of paper and tape and using tape for pretty much anything he can think of. 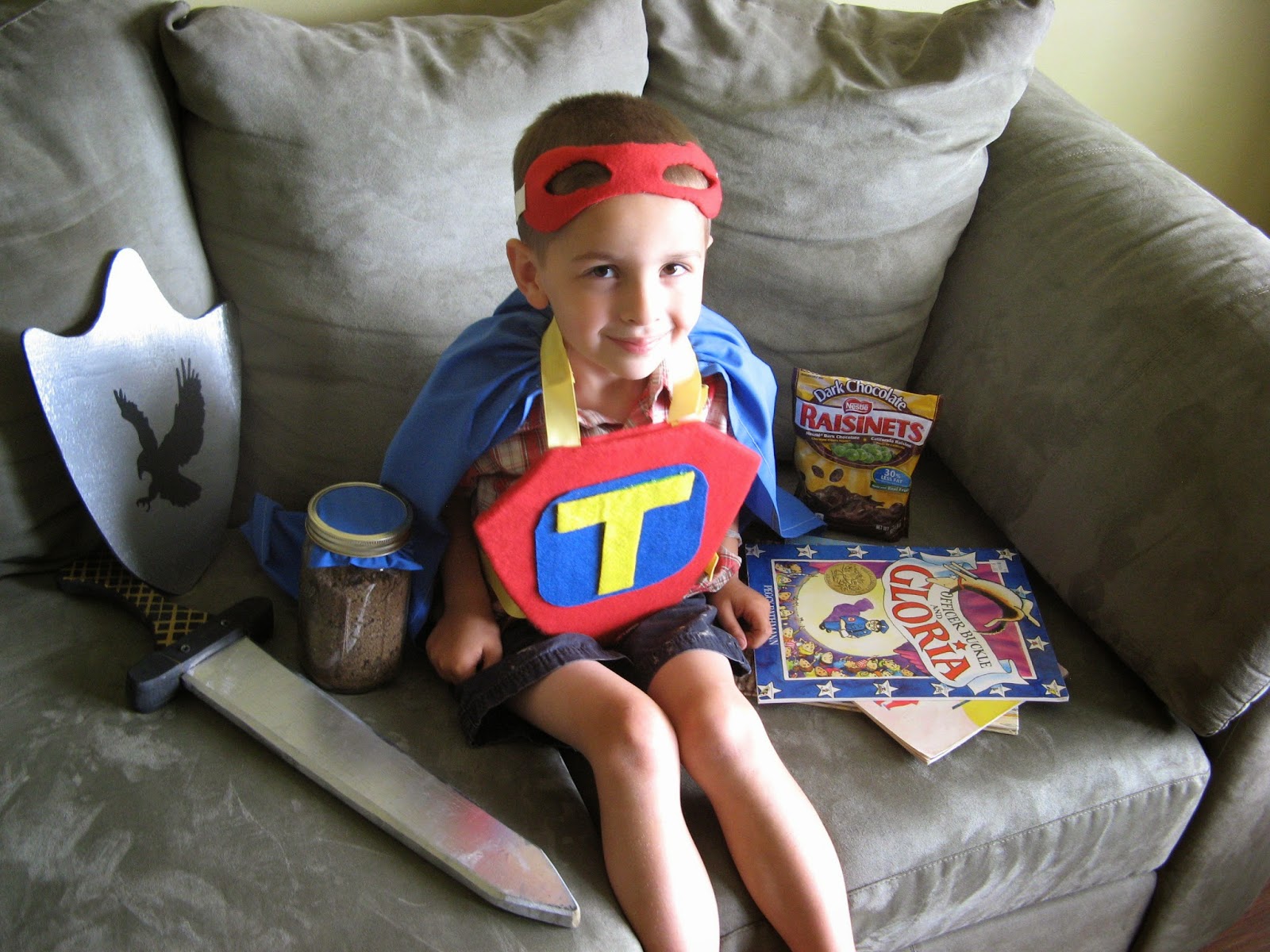 I had to smile when he excitedly got out his tape yesterday and proceeded to use the entire roll to put tape on just about any surface he could: 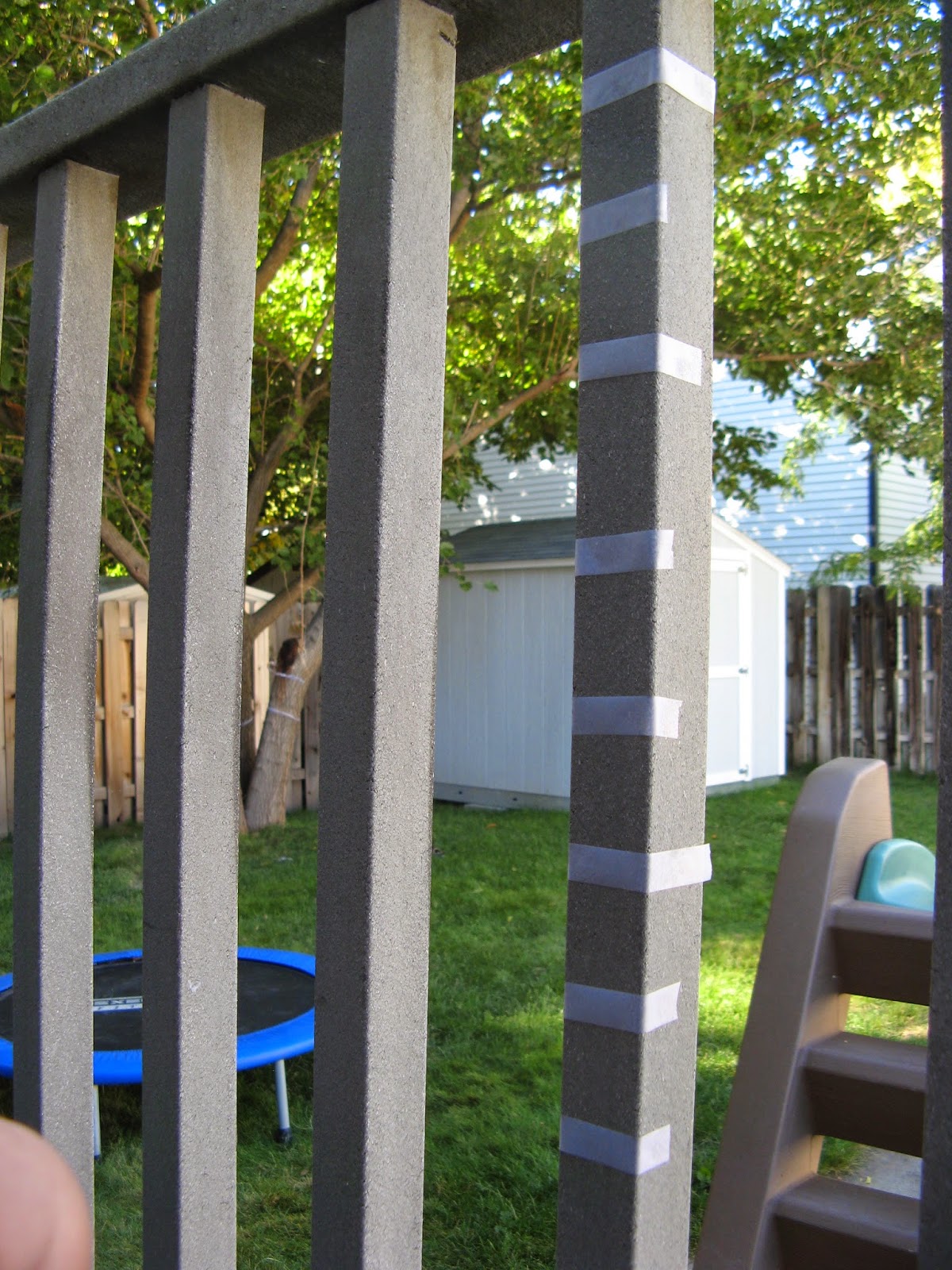 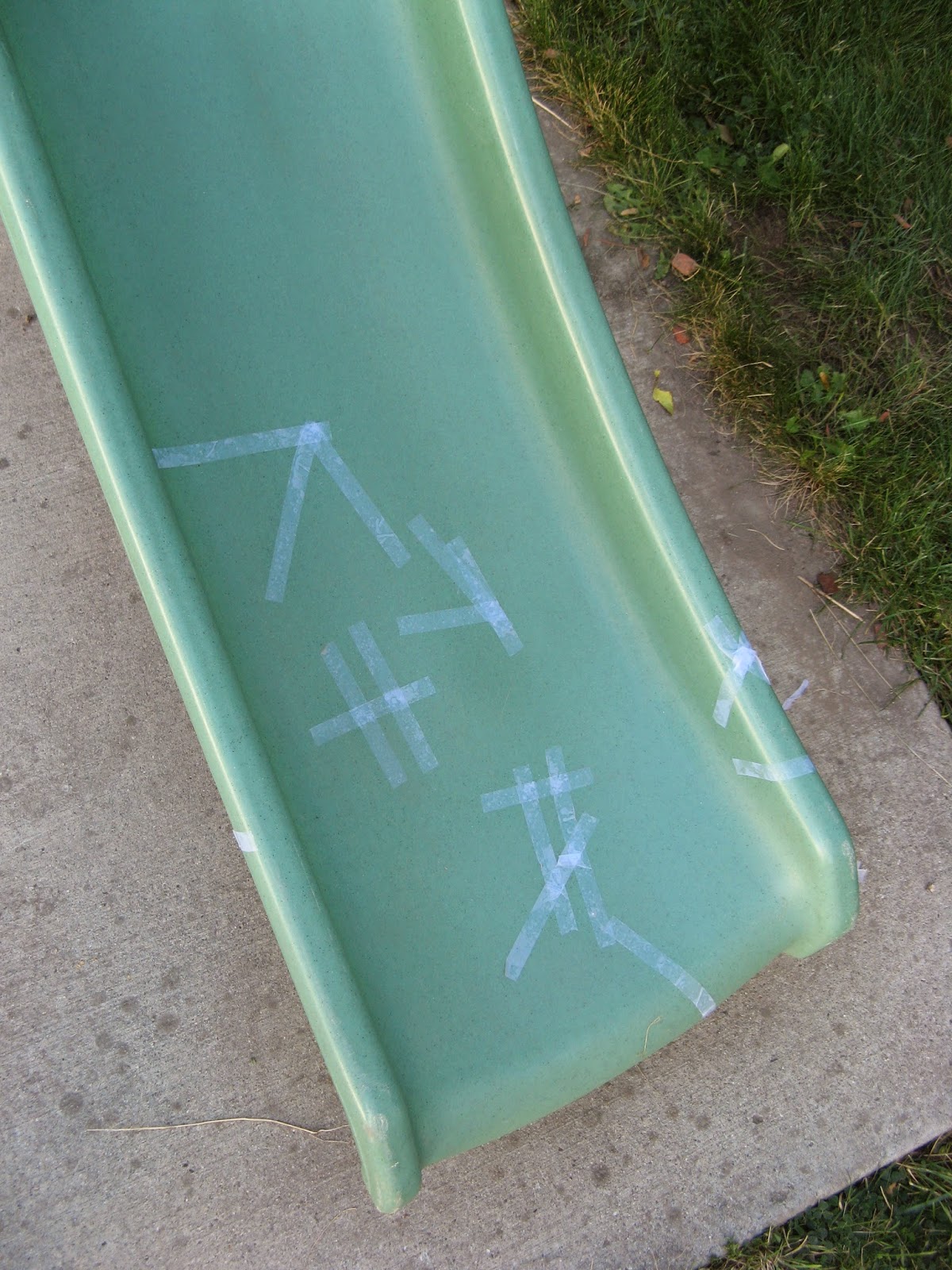 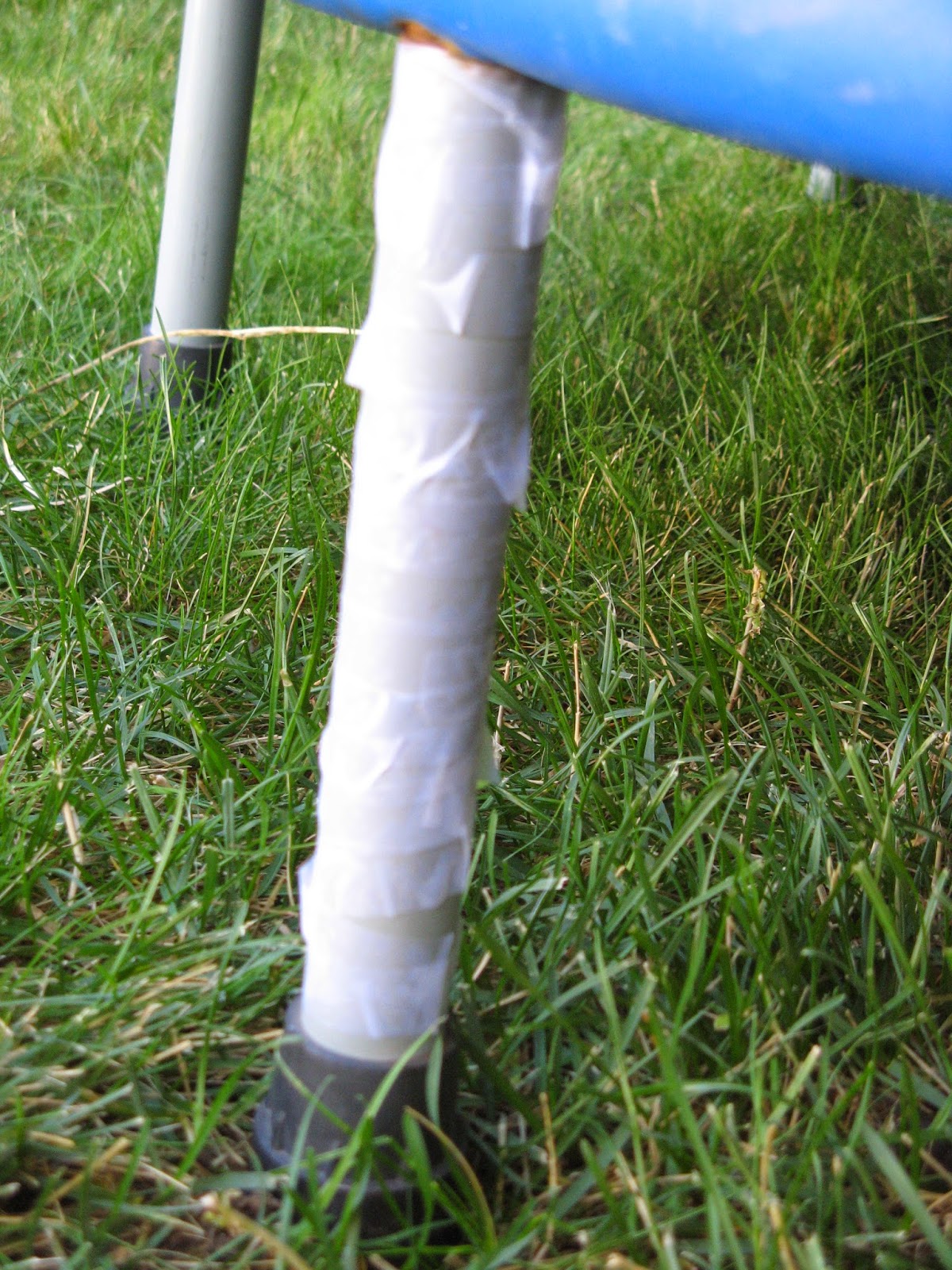 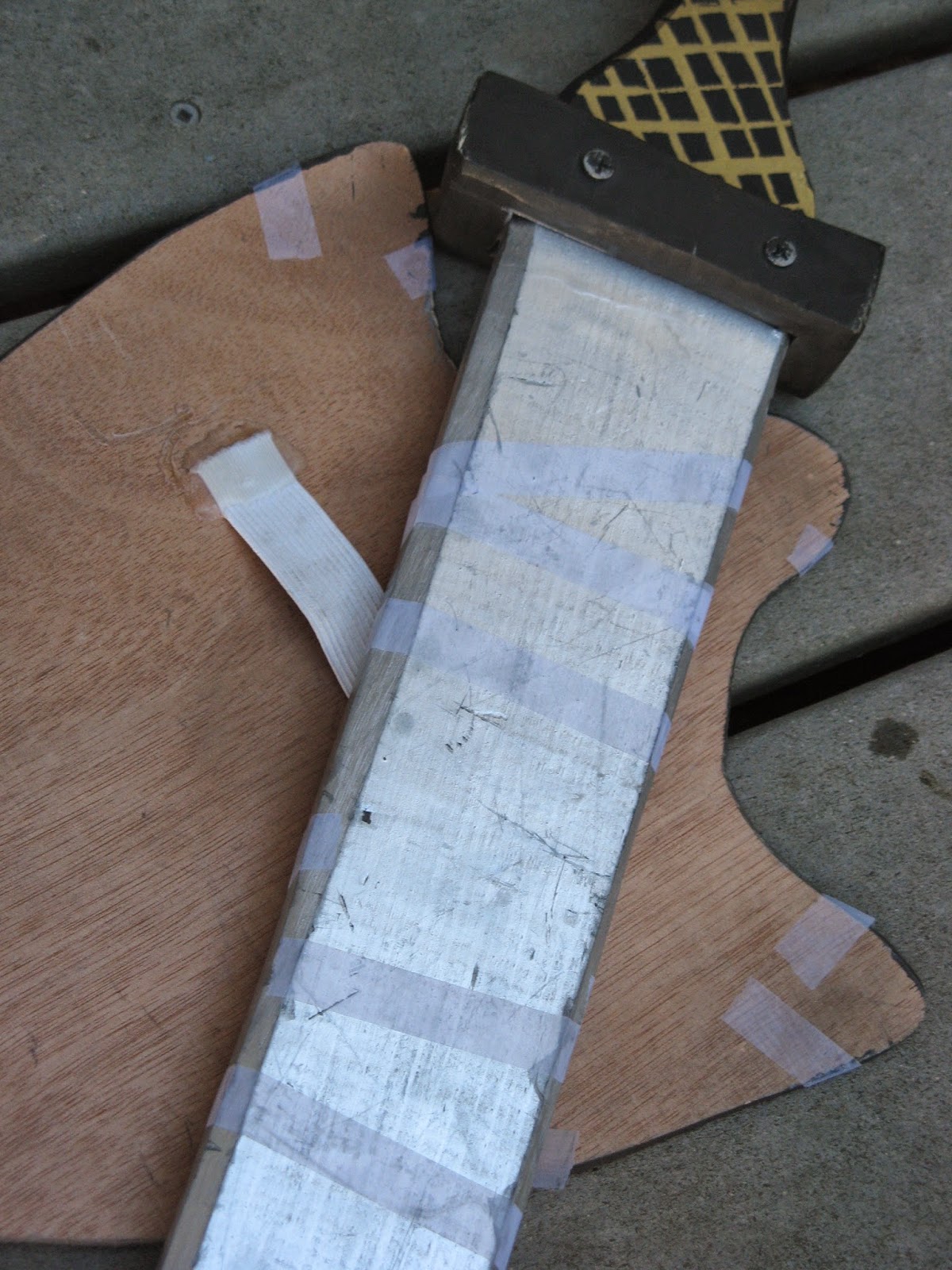 (The branch is my personal favorite) 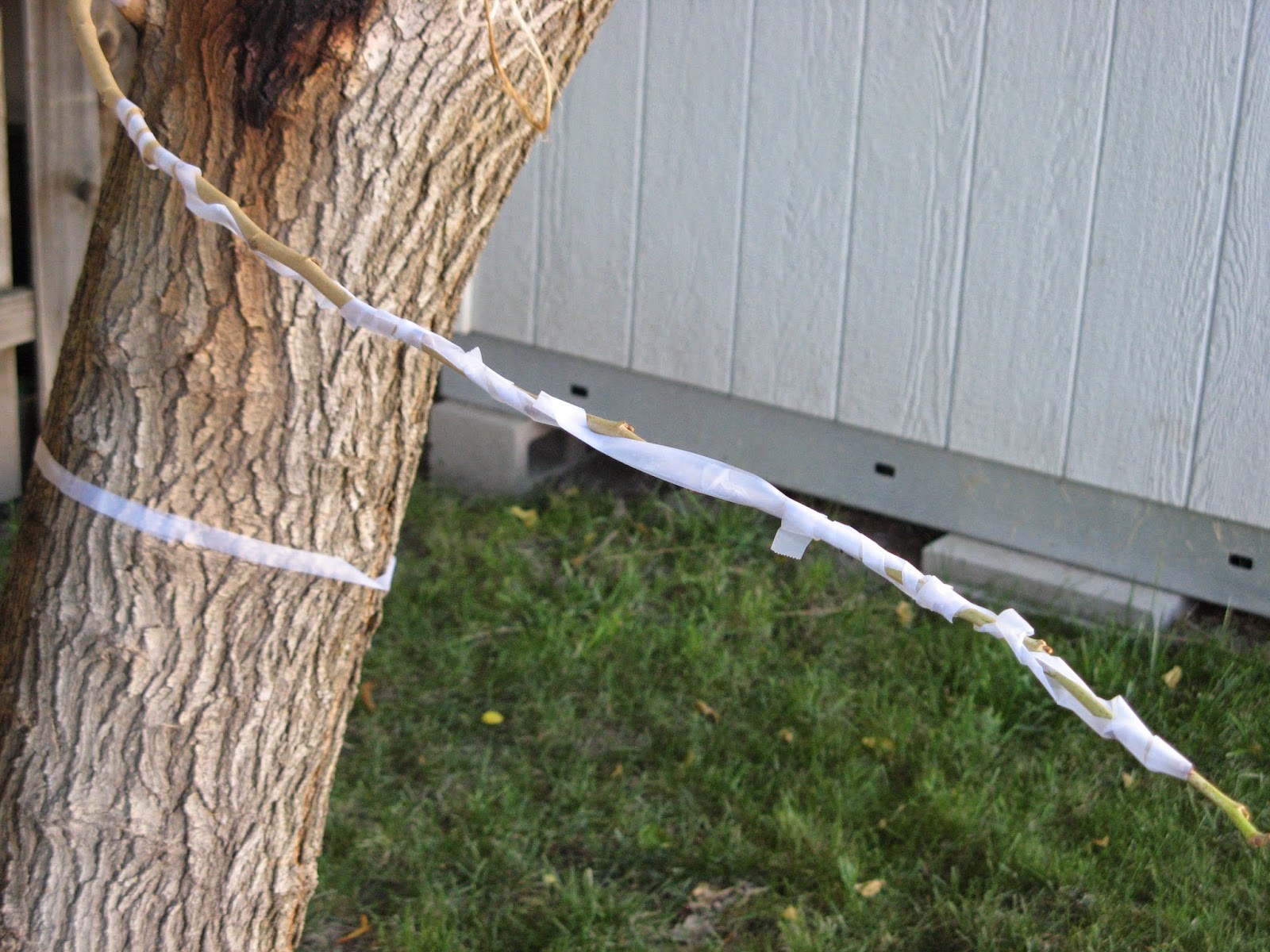 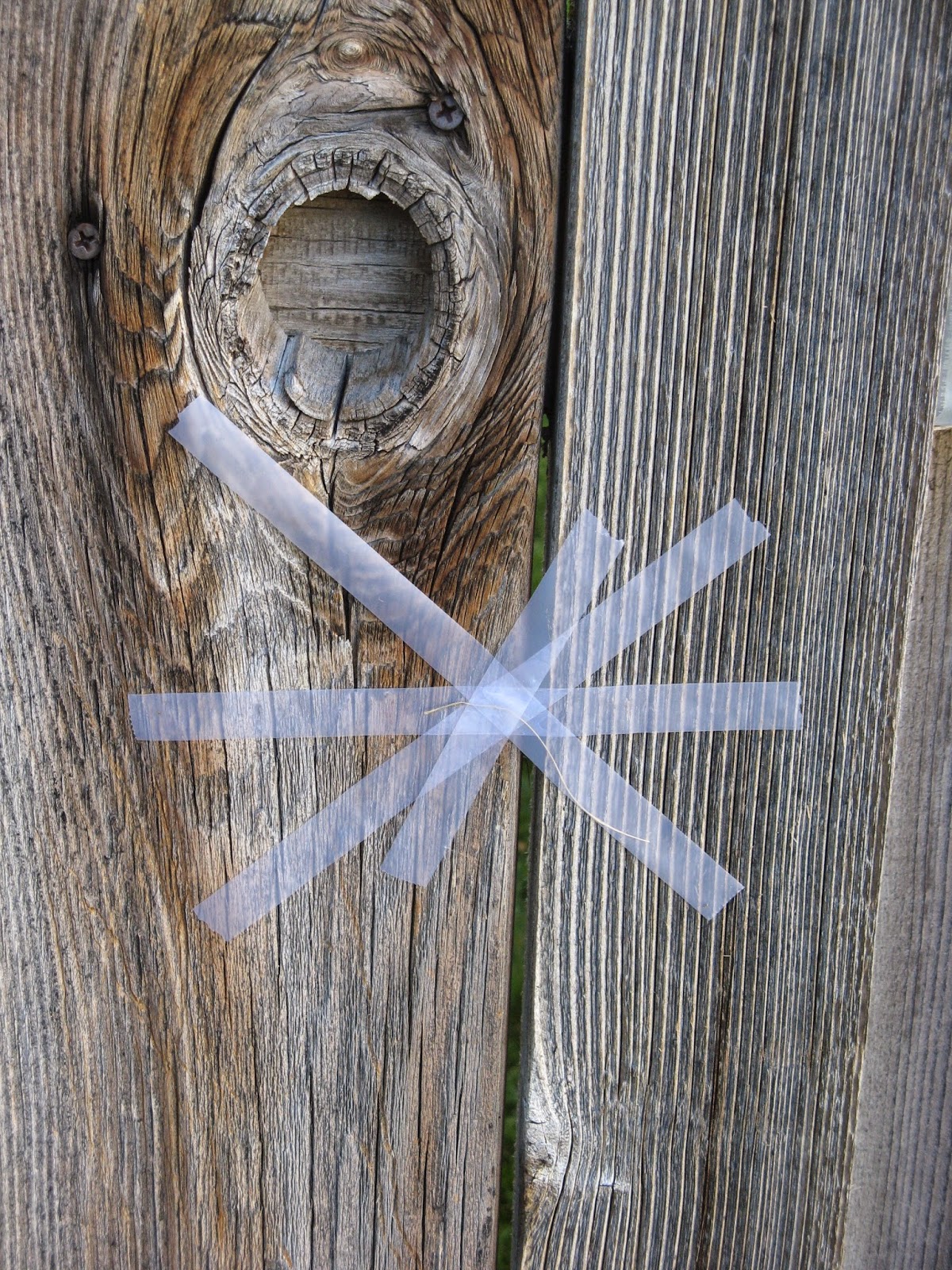 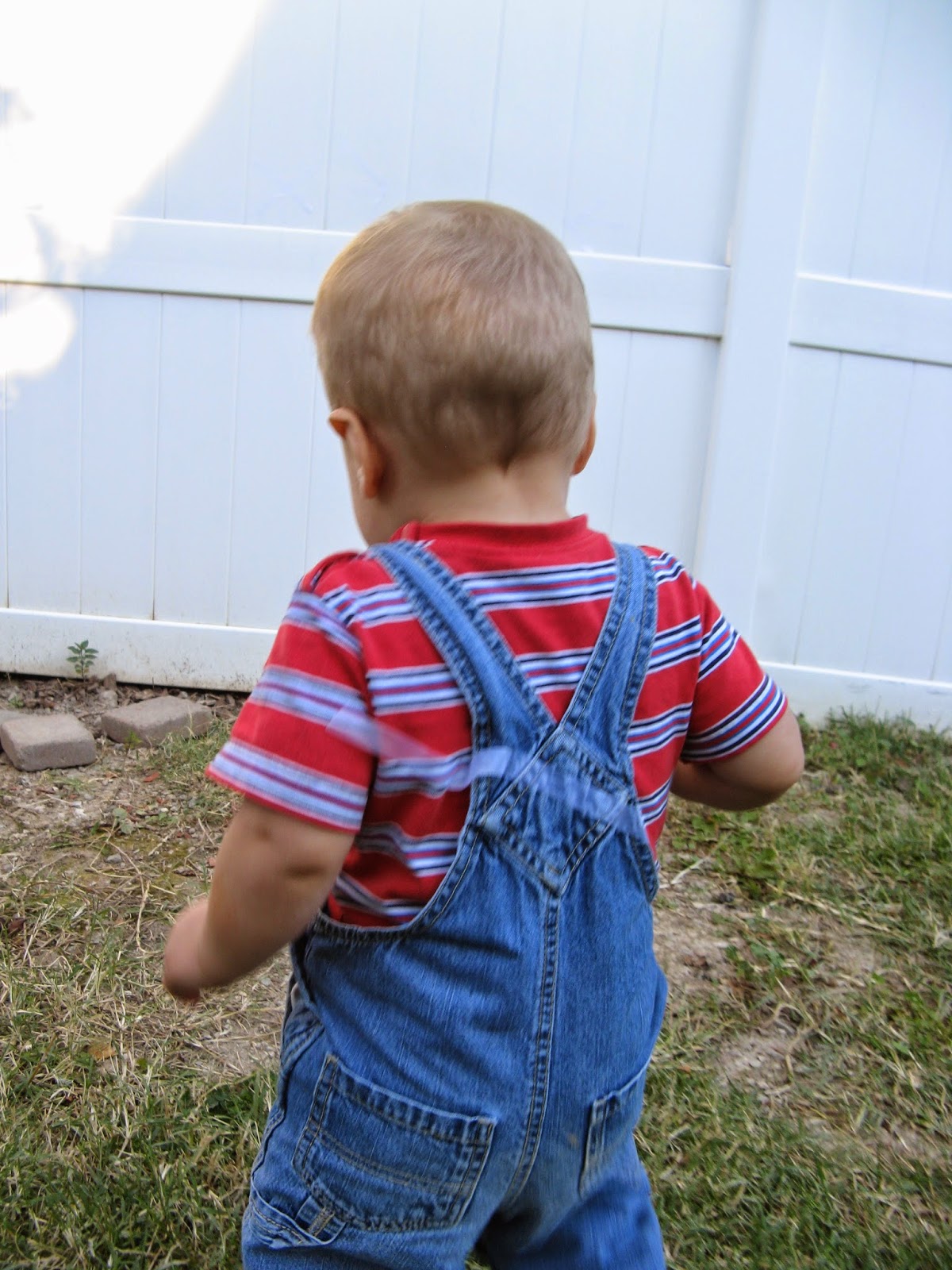 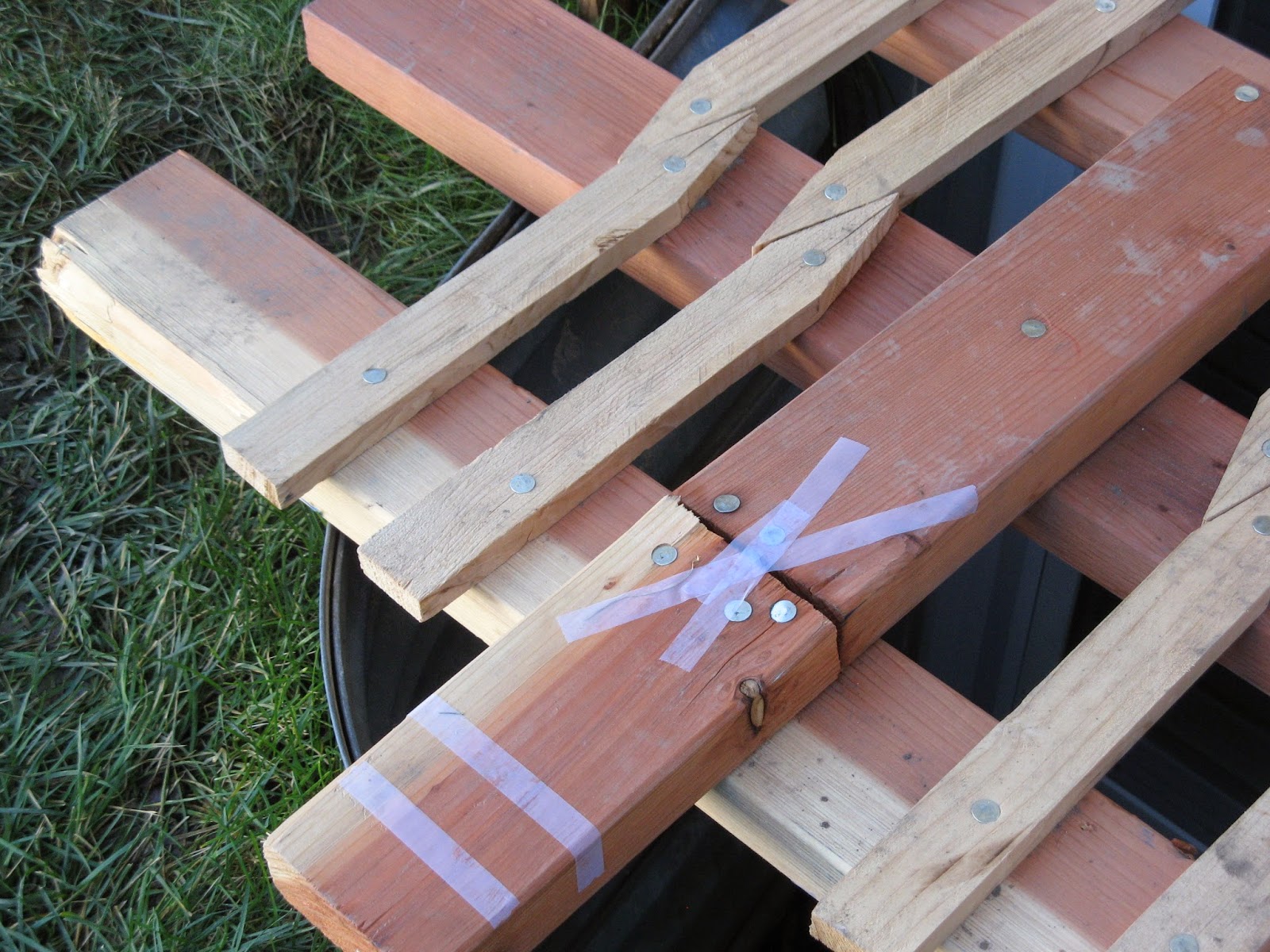 He requested a birthday dinner of pancakes and Snickers cupcakes.
He was so excited to be five and was on Cloud 9 the entire day, complimenting everyone and everything with over-the-top, gushy remarks.

A few things about Talmage:

-He is still so incredibly social. Lately his thing has been to see a glimpse of the neighbors whose backyard borders ours through a knothole in the fence and start shouting conversations with his eye pressed against it. He starts a conversation with anyone he can and could talk to a brick wall for hours.

-Along with that, he loves to be in the spotlight! He will happily sing solos (and he has a pretty great little singing voice) in Church, or give talks, or say prayers, or do anything in front of a crowd of people. Last year for the Primary Program he was supposed to say the line, "I love my mother" as a Sunbeam. During their first practice, he happily stepped up to the microphone and said, "One day, Jesus was out on the water with his apostles. Suddenly, a huge storm came and all the apostles were frightened, but Jesus said, 'Peace, be still,' and made the storm go away." The Primary President was standing next to him, consulting the script with confusion, and then whispered to him his actual part. On the next practice, he stepped up and said, "I love my mother. She is so great. She does so much for us. She always helps me with my chores..." before he got ushered away. Thankfully, for the actual program he just said his assigned line.

-He is beginning to read--he can do most 3-letter words and we have a little lesson each day.

-He has a great memory--he memorized all 13 Articles of Faith without a hitch as part of a program the Primary was doing when we were still in Texas.

-He loves playing baseball and basketball with Sam.

-Wesley is his best friend, and he is constantly begging to wake up Wesley when it is nap time. The two of them don't seem to know what to do with themselves when the other isn't around. Over the course of the past year, it has been one of my favorite things to see them start to interact so well together.

-He loves making things. If he is given a pile of paper, tape, pens, and other basic craft supplies he will use a lot of imagination and creativity in the things he makes.

-He has a sweet tooth, and has very little appetite for "real" food, but would snack all day long if I let him.

-He is going through a phase where he is very worried about germs and "microbes," so he always insists on washing his hands before touching food if he has been playing outside, or if he touched a rock with his thumb and forefinger, he will proceed to only handle the food with the other three fingers. 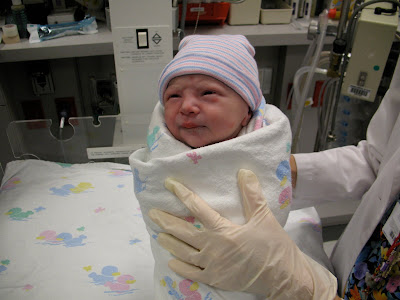 We were as proud as could be when this little guy came into the world, grunting and holding his head up with his eyes pried open to look around before he ever let out a cry. He has always been studious, curious about his surroundings, and intense. We are so grateful he started us on this amazing journey of parenthood 5 years ago!
Posted by Kaitlyn at 12:13 PM