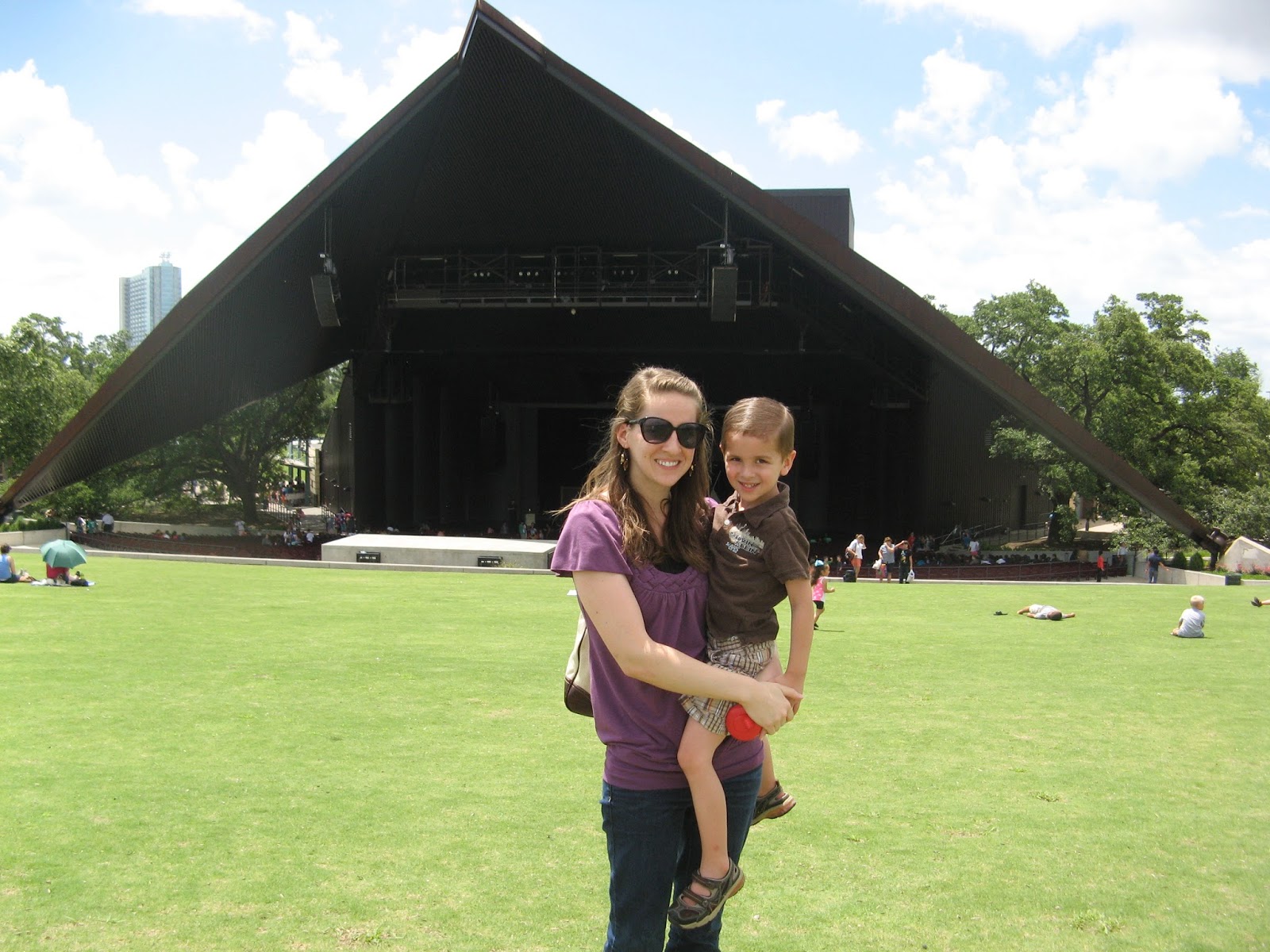 Today Talmage and I went to see "The Magician's Nephew" at Miller Outdoor Theatre.
It is this wonderful theatre in Houston (in the medical center, actually)
that has free weekend performances
from March through October and children's performances during the week in the summer.
I just finished reading "The Magician's Nephew" to Talmage a few weeks ago,
so when I happened to check the schedule and saw that the children's play was being performed,
I knew we had to go.
We got a babysitter for the younger two kids and Talmage and I went on our little outing.
The play was great, and they did a good job covering the main points of the story in just 45 minutes.
It was the perfect length of time for his 4-year-old attention span.
We even got a picture with Digory afterwards! 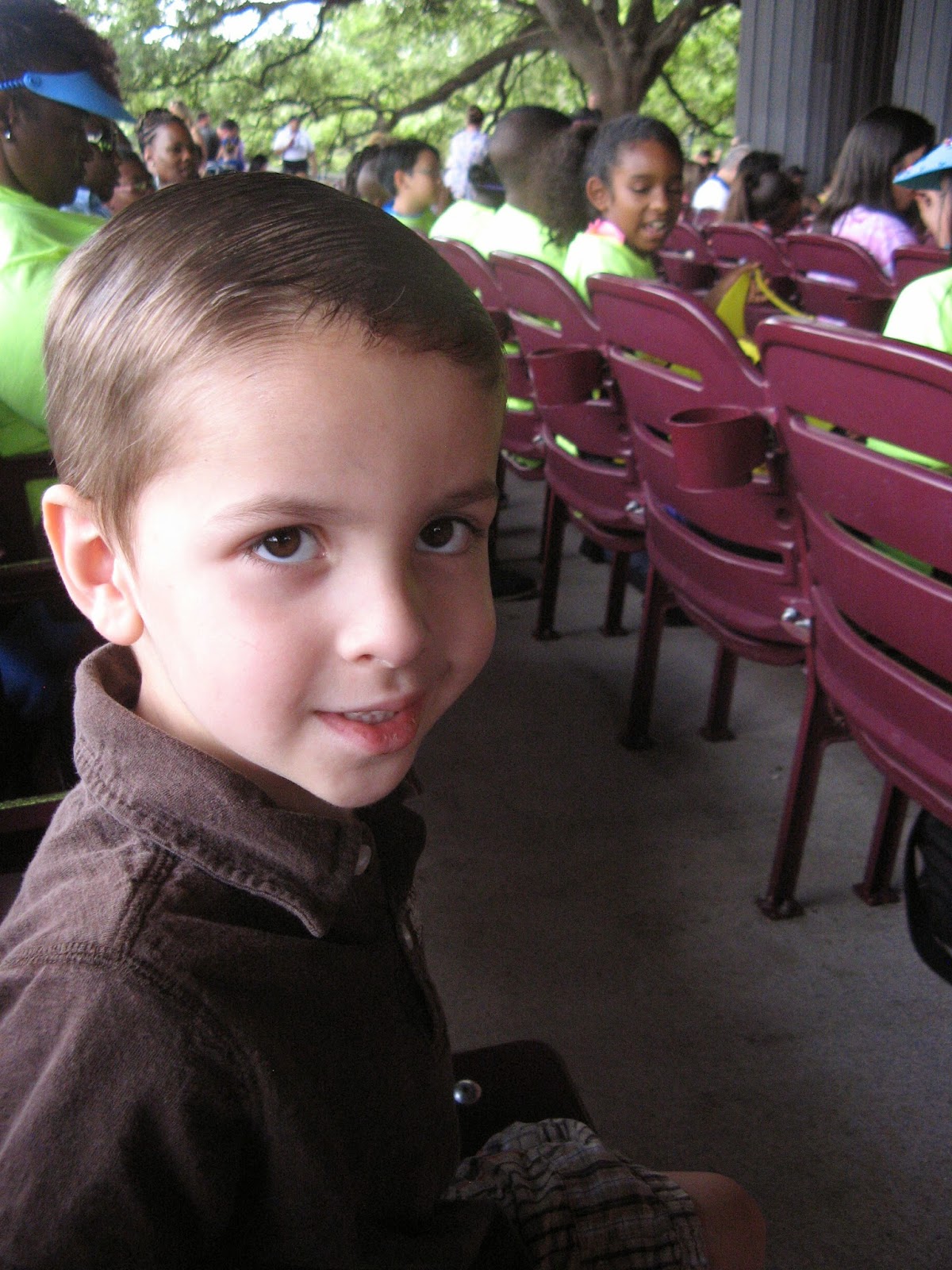 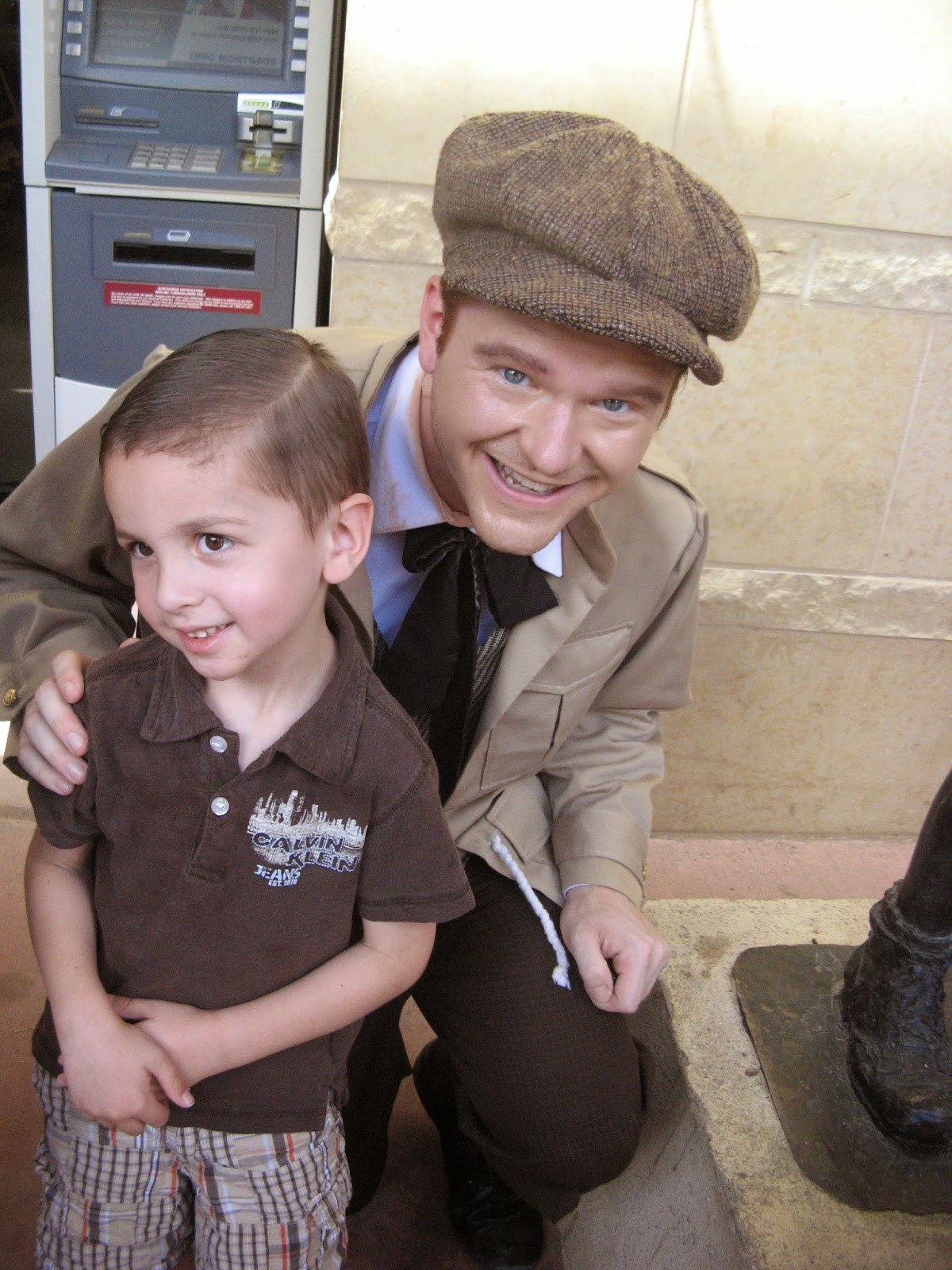 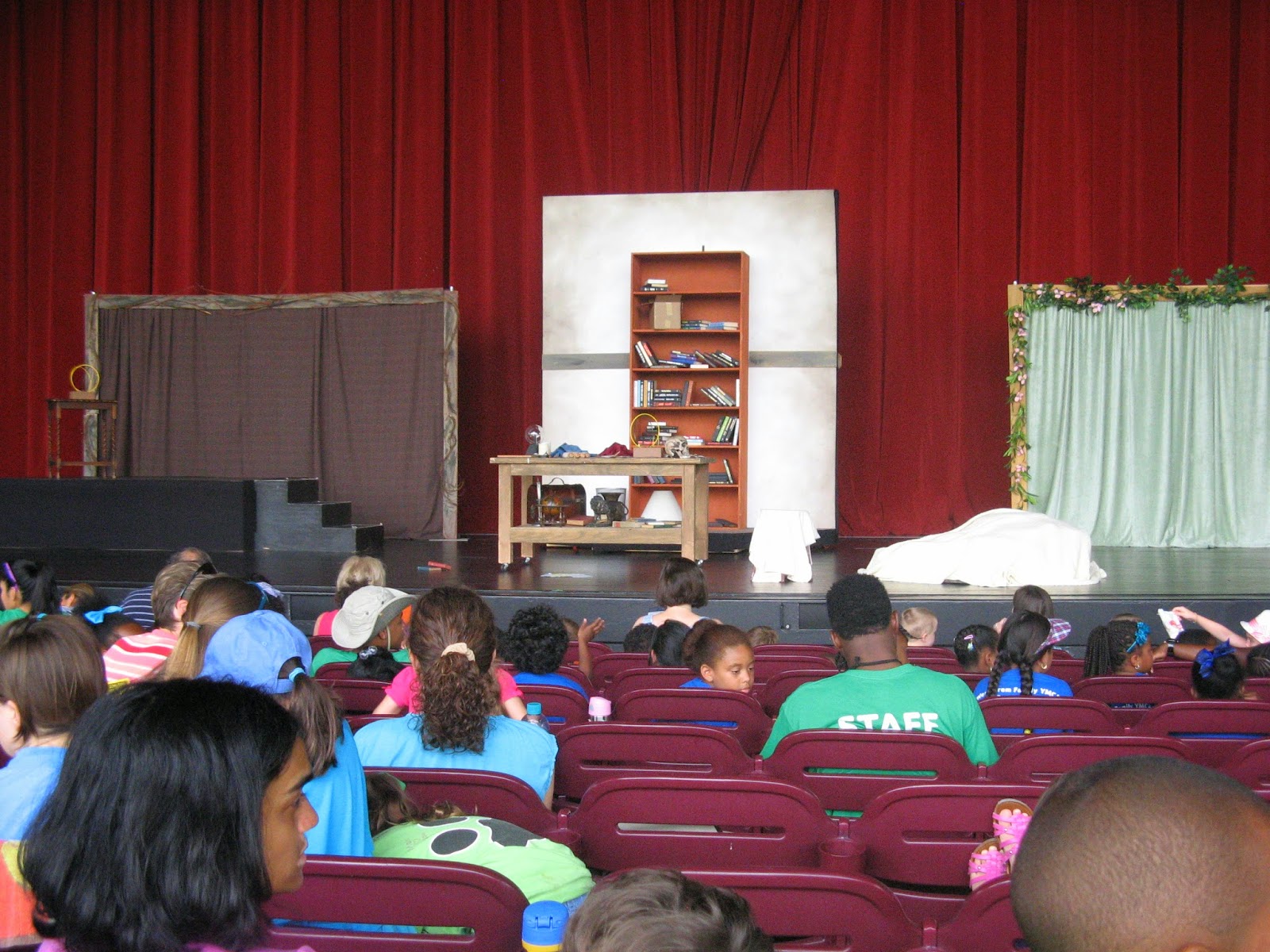 I'll spare you all the complicated details,
but Sam was going to meet up with us for the play since it was just down the street from his hospital and he arranged to take a long lunch.
Unfortunately, due to a perfect storm of mishaps,
he ended up spending about an hour walking through the medical center
and another 30 minutes searching and waiting for us.
Did I mention he was really sick as well?
We finally found him well after the performance, he had not gotten to see the play,
and he had all but decided that our car had broken down and that was why we were nowhere to be found.
In case you're wondering, it was totally my fault.
He was really sweet about it all and insisted that he will be getting me a cell phone.
I've lasted the last 2 years or so without one!

It was a nice little outing in spite of all the trauma.
Now, to somehow get myself to stop feeling so foolish and guilty...
Posted by Kaitlyn at 8:03 PM