Repost: Making Our Voices Be Heard 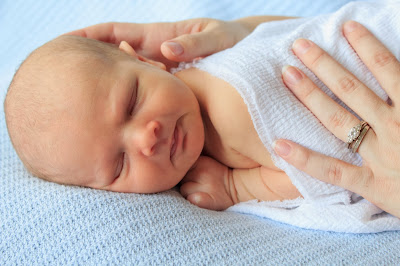 About a month and a half ago, I came across a horrifying report of an abortion clinic in Houston. (Article can be found here, but be warned that the photos are VERY graphic and disturbing.)

While I didn't know how accurate the article was, I felt that it was my moral duty to alert the offices listed on the article and urge them to action against this organization. So I did, expecting little in the way of results. A day or so later, I received an e-mail from one of the offices stating that they could do nothing without a patient's name and date of treatment. And then, about a month later, I received an e-mail from the office of the Attorney General of Texas containing the following statement:

We share your outrage at the deeply troubling allegations against Dr. Karpen in Houston.  No right is more fundamental than the right to life.  And no life is more in need of protection than that of an innocent newborn child.   Because the alleged crimes occurred in Harris County, Texas law gives the Harris County District Attorney the sole power to prosecute this case.  For that reason, we immediately contacted the Harris County District Attorney’s Office upon learning of these allegations.

We offered the District Attorney any assistance our office can provide.  We also offered to facilitate coordination between local authorities and the Texas Rangers as the investigation proceeds.  While we lack the legal authority to initiate a prosecution in this case, we stand ready to provide any necessary assistance to those who have that authority.

We will continue to closely monitor the situation until these shocking allegations have been fully investigated and any guilty parties brought to justice.

I'm well aware that my e-mail was likely not alone in evoking this kind of response. But I was greatly encouraged to see that, even on a state level, my voice was actually heard. I later learned that an investigation is currently underway. This has been just one experience of several as of late that has motivated me to make a stand when something isn't right and to make my voice be heard.

I often think of the scripture found in James 1:22 that states, "But be ye doers of the word, and not hearers only." I hope that in the future I will do more than shake my head at troubling policies, wring my hands as I wonder what kind of world my children will grow up in, and wish for the generally accepted morals of the past. As I view the moral disintegration of our nation and the world around us, I hope that I can play a part in standing up and making my voice be heard in support of truth, justice, and morality.
Posted by Kaitlyn at 2:25 PM