Talmage's 4th birthday was on the 11th! We made cookies in the morning and took them with us to playgroup at the park. My social little Talmage took them around and distributed them to all the kids at the park, whether he knew them or not.
Then, I took him to Cold Stone to get his free ice cream. He chose chocolate with marshmallows mixed in. 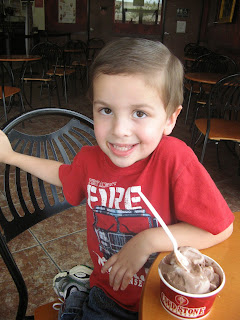 During naptime, I finished his dump truck cake. Remember my dilemma about not using artificial food coloring? It makes it difficult to create cute kid cakes. It wasn't quite as bright as I would have ideally wanted it, but peanut butter frosting made a fine base for the truck. I learned a few lessons along the way (like chocolate pudding slides right off of frosting...not the best medium for piping onto cakes), but Talmage was thrilled with its less-than-perfect appearance, and that's what mattered. And thanks to Aunt Jocilyn for the doughnut-wheels idea! 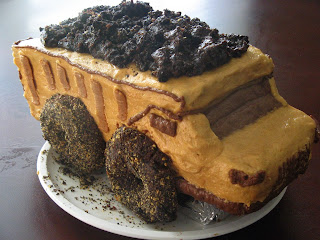 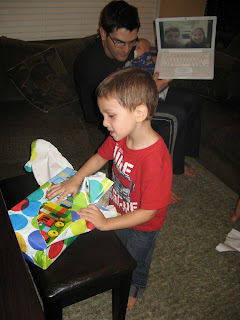 He loved these "bee-knock-u-lers" from Uncle Bronson. 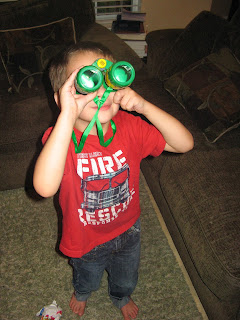 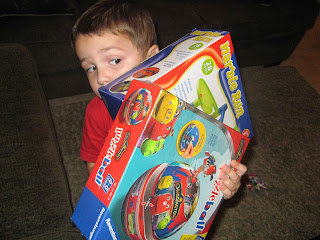 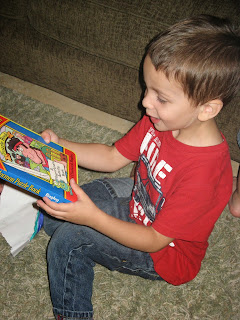 And he was super excited about Grandma Sue's gifts as well! 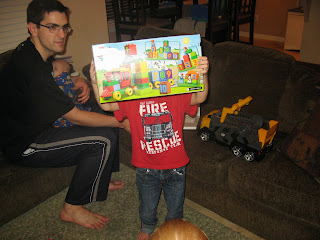 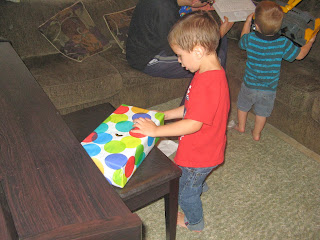 Wesley gave him a car transporter, and Lincoln gave him a bunch of books. His gift from Sam and I was a small trampoline. Sam's professor gave this to us about 6 or 7 months ago, and I insisted on saving it for his birthday (yes, I'm that cheap) so it has been in hiding most of the year. The boys love it! 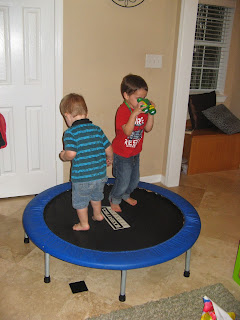 Their faces totally crack me up in this picture. 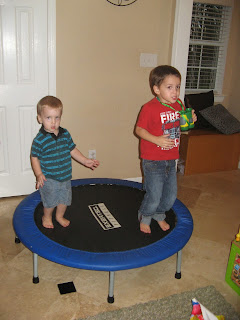 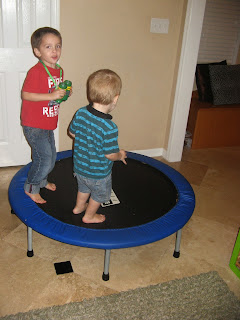 He is one lucky 4-year-old! 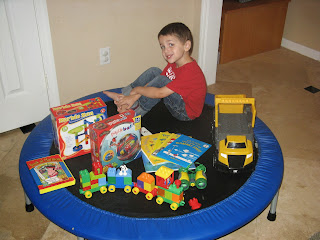 A few highlights about Talmage:
-He is a great helper, especially with cleaning and taking care of Lincoln. He particularly loves to help me with laundry and always hopes I'll save the clothes to fold while he's awake.
-We have been reading chapter books lately and he loves it! So far we've read The Chocolate Touch, The Mouse and the Motorcycle, Charlotte's Web, Flat Stanley, Stanley in Space, and we're almost through Mrs. Piggle Wiggle.
-He still loves striking up a conversation with anyone and everyone who will listen. He is extremely chatty and often it seems about 80 percent of what he is saying is a question.
-He is incredibly good at Memory matching games--often better than me.
-He loves drawing (and is pretty amazing at it) and also writing. He is great at writing his letters, but we're still working on letter sounds/early reading.
We sure do love this boy! He has done so much to shape me into the mother I am today. He is so patient with my mistakes and incredibly forgiving. He is also very determined and strong-willed, which has defined the model of discipline we use. He has a keen sense of independence, which has helped me recognize the need to let our children decide whenever we reasonably can. He also tends to be very sensitive and emotionally tuned-in to those around him. I am so grateful for the past 4 years and the privilege we have had of having this sweet little boy in our family!
Posted by Kaitlyn at 11:27 AM