On Sunday afternoon, Wesley climbed on the armrest of the couch and then fell backwards and hit his eye on the corner of the windowsill. He was screaming and in an effort to console him I asked, "Is there anything that will make you feel better?" He sobbed out, "BAND-AID!!!" After a band-aid and a kiss he was back to his normal self, but he got a pretty nice black eye from it all!
I took these pictures a couple of days later and I couldn't seem to capture the dark color very well, but you get the general idea. Poor little guy! 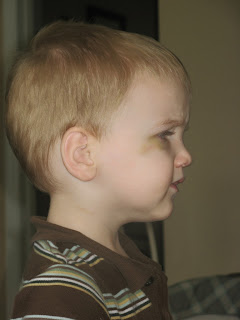 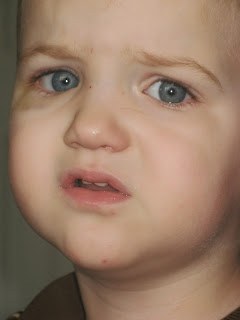 He gets so many comments on his beautiful baby blues and long, dark lashes. 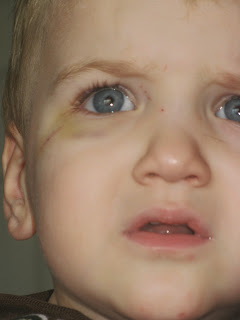 This is Wesley's opinion of the whole thing. :) 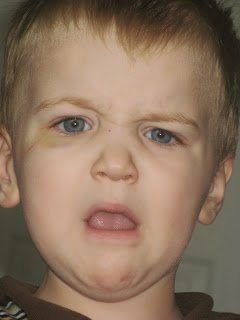