This post is kind of Wesley-dominated. I'm not playing favorites--but his older brother is becoming rather obstinate when it comes to the camera lately!
I'm pretty sure the highlight of their day consists of the time between when Daddy gets home and we sit down to dinner. It is non-stop, high-energy playtime! 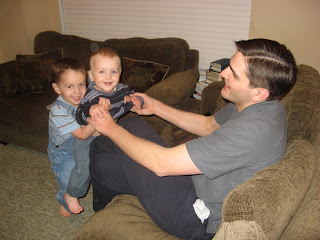 Wesley is so stubborn when it comes to eating. He often adamantly refuses to eat even his most favorite dishes if he doesn't get to eat them the way he wants. At dinner time, this entails having his own utensils, his own plate of food, and his food not being cut into small pieces. This presents a problem since he is just getting his 5th and 6th teeth and can't chew most foods very well. He gets so angry when we give him little pieces of food, though, and they usually end up on the floor with him throwing a huge tantrum. I'm not sure why my kids want to be big so fast, but they certainly have both manifested that trait! Here Wesley was feeding Talmage some of his yogurt as well. 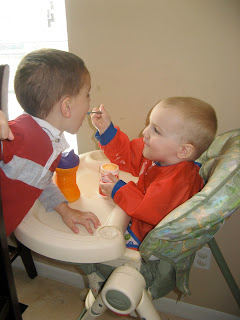 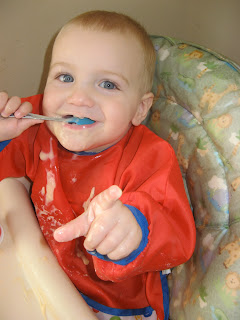 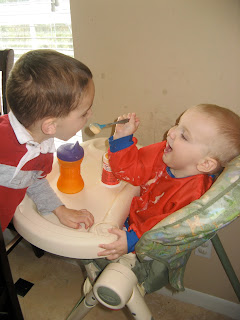 Wesley still desperately needs a morning nap. He missed it on this day and crashed in his high chair. His cheeks are very squishy! Love it! 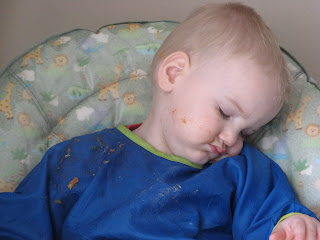 Talmage and I were talking about opposites and made opposite-puppets out of wooden spoons. It was such a fun project! 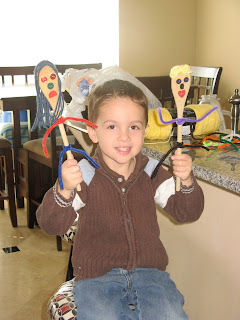 We have Mr. Happy and Miss Sad. Talmage was very concerned about why Miss Sad was sad. And Wesley's impersonation (or impuppetation?) of Miss Sad crying is HILARIOUS. 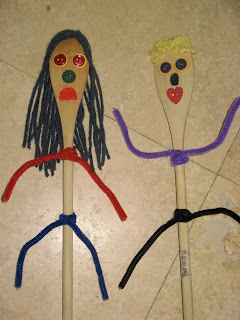 I could read this little bookworm books all day! He absolutely devours them. 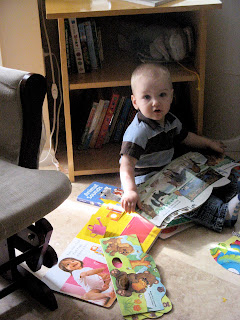 Another of Wesley's hobbies is opening all of the child-proof burner covers on the stove. They're there because he would mess with them when they were uncovered, and now he's figured out how to defy them! There are few obstacles he can't find a way around. 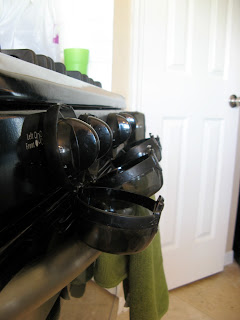 Or climbing on the counter, crawling over to the stove, and turning on the oven. That's pretty fun, too. I pretty much spend all of his waking hours getting him away from danger! He's just so cute about it, though. He has this irresistable smile he gets every time he's getting into mischief. 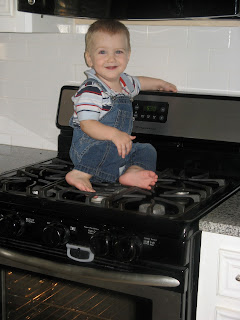 Talmage is starting to get more chores (any great chore-chart ideas?). He loves washing the dishes wih us! 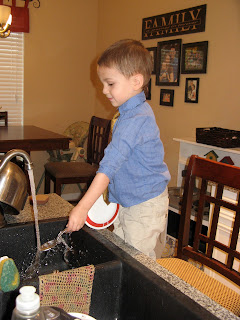 When there's a will, there's a way. This is how Wesley gets a good view of which cooking utensil he should get from the drawer. 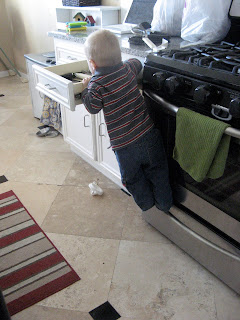 The play kitchen I made them for Christmas ended up not being as much of a hit as I had hoped. They have more fun climbing on it and taking it apart than they do playing with it, and they've destroyed many parts of it, including ripping off the faucet that was screwed in. I gorilla glued it back on and joked with Sam, "Now it's Wesley against gorilla glue." As you can see here, Wesley won. I can't believe even gorilla glue failed me! This kid is just about unstoppable. 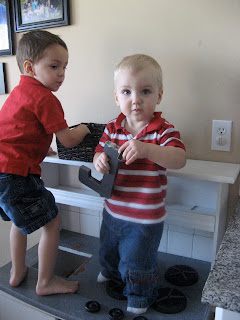 And pretty pleased about it. (I love how Talmage is inspecting the damage...) 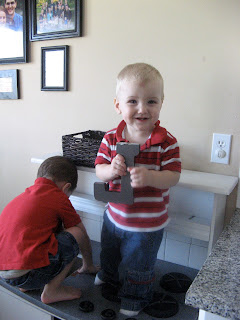 We made butter one day as part of our farm-themed week. The boys had fun shaking the jar! 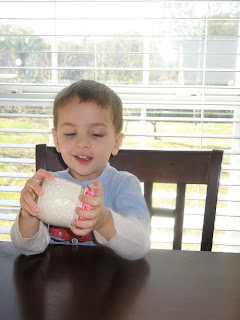 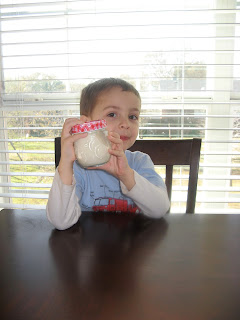 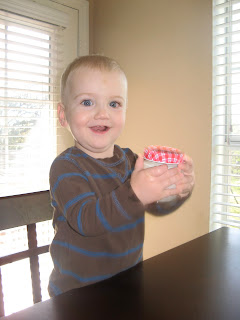 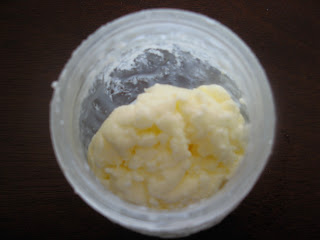 Wesley loves putting on our shoes and walking around. Pardon his pantsless appearance--the boys usually play with water on our balcony while I make dinner, so Wesley soaks his pants! 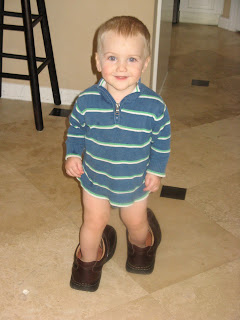 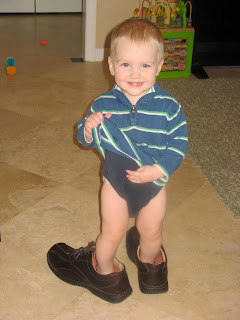 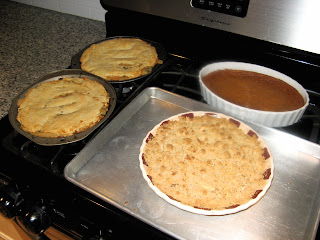 Spinning around on Daddy's shoulders makes for one happy boy! 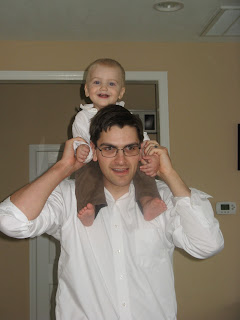 The boys found a new spot to play. 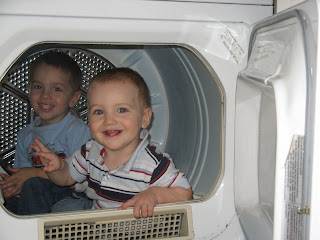 I just can't get enough of that cheesy smile! 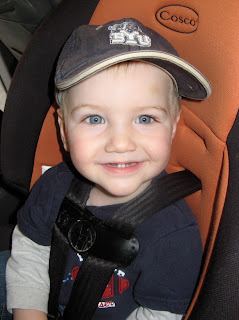