Free Day at the Zoo

This month we decided to go to free day at the zoo! The boys had a lot of fun seeing the animals. We ran into our friends there and they told us they had come from the chimpanzees where they were blowing raspberries at the chimps and they would do it back. They thought they were having a great time communicating when suddenly one of the chimps picked up some of its fecal matter and threw it directly at them, narrowly missing my friend's face! I guess the animals here have attitude! 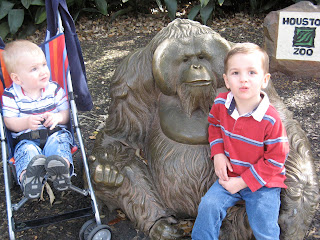 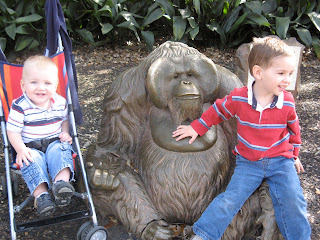 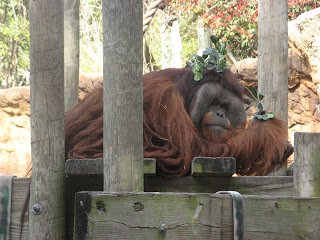 Did you know their horns aren't even for defense purposes? They use them to release body heat. They are simple grass grazers! 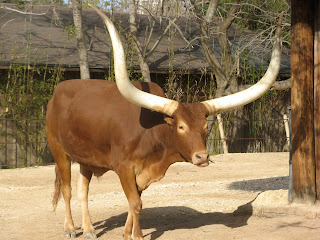 The African Forest had these cool drums the boys enjoyed playing. Pardon Wesley's photo bomb in the background! :) 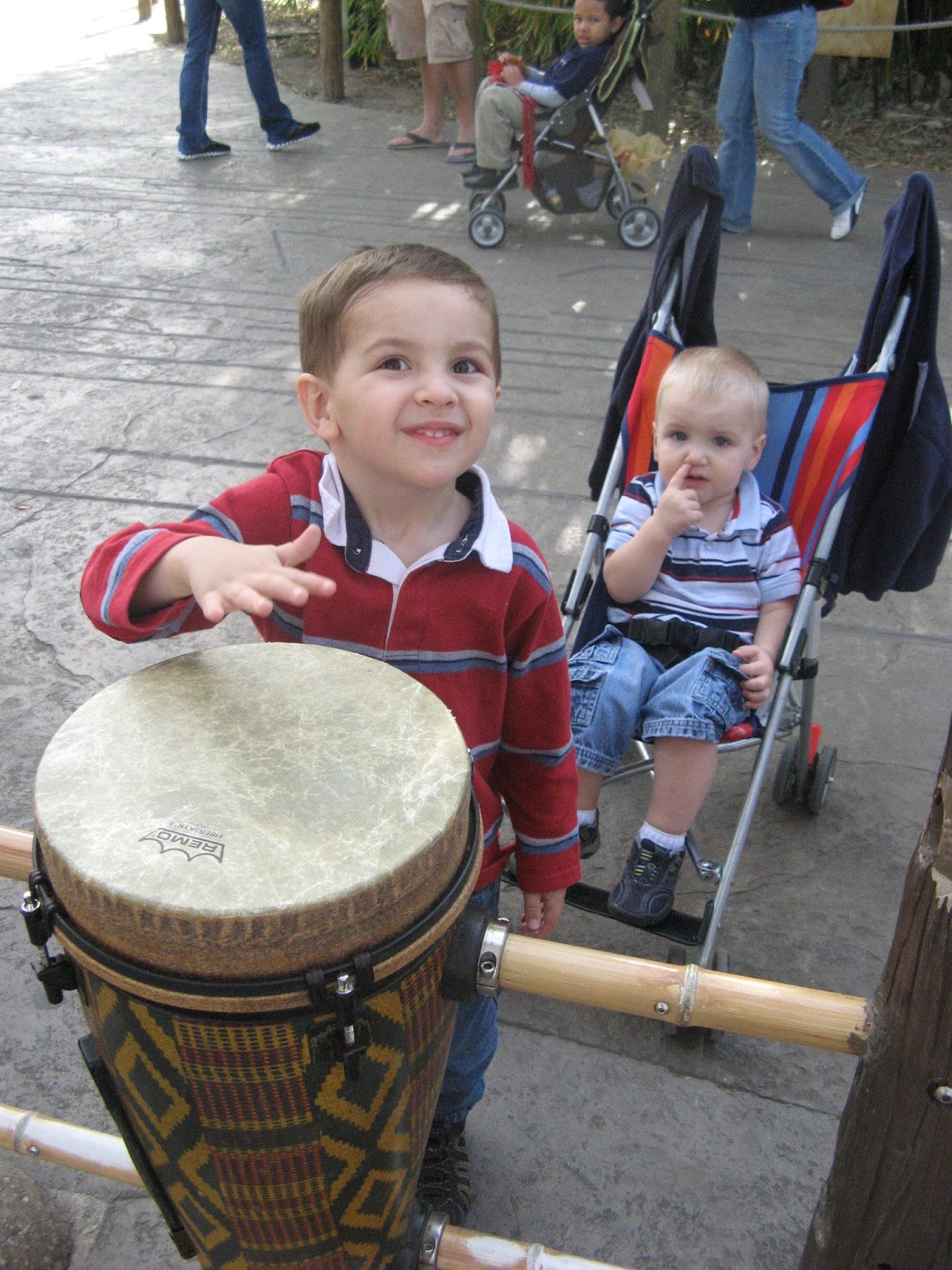 The petting zoo was a highlight again. These goats are so fun! The boys were a bit trepidatious at first, but became much more brave once they had brushes in hand. 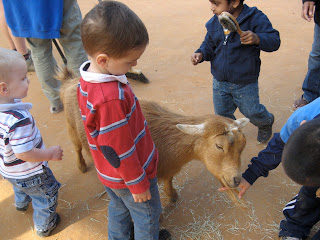 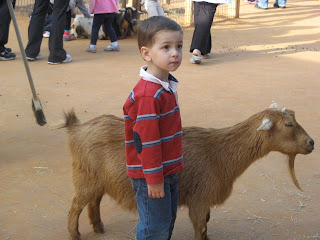 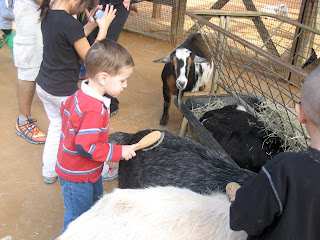 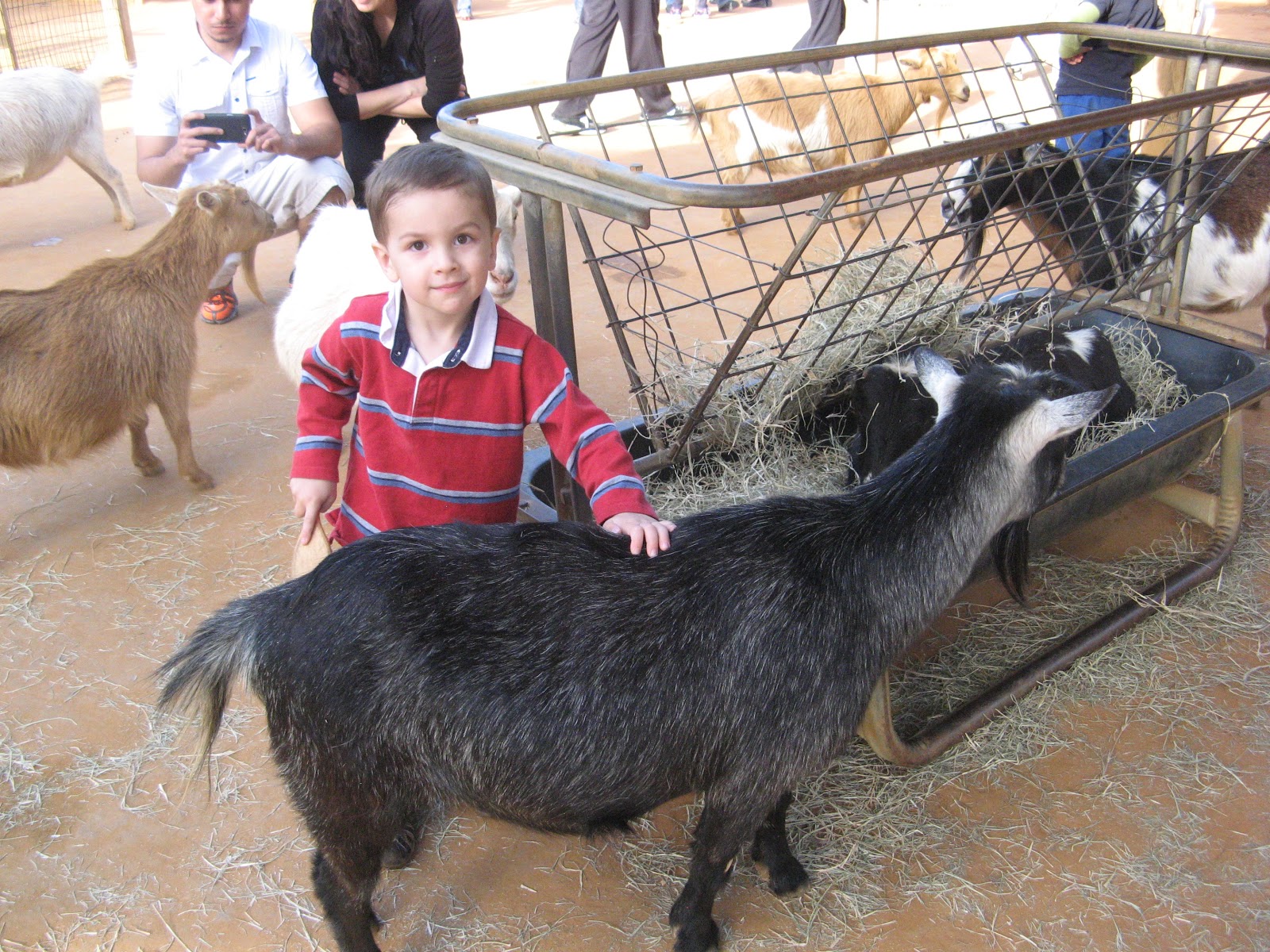 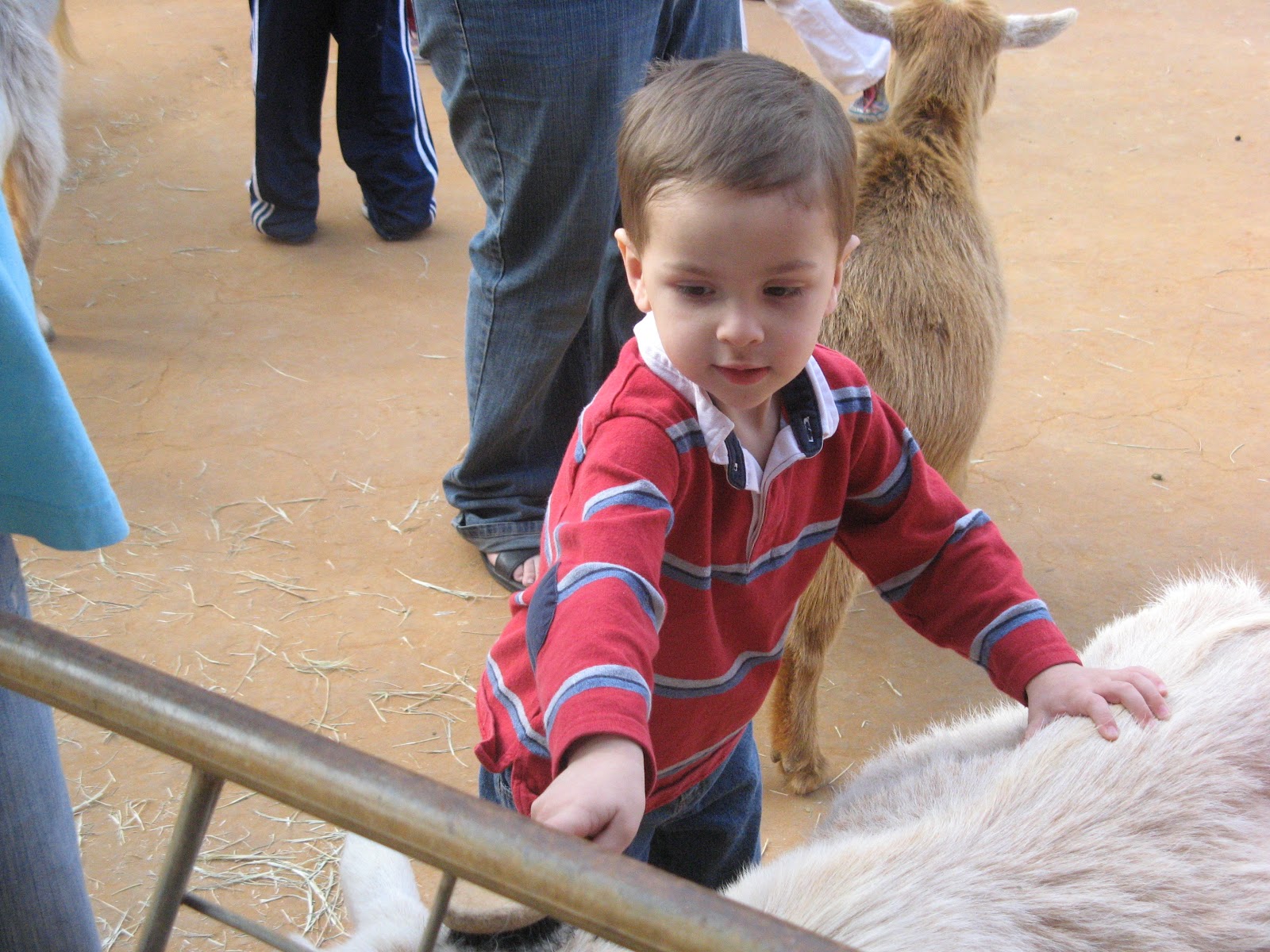 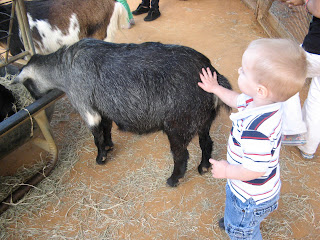 Wesley thought it was fun to dance around in circles while shaking his brush dramatically up and down. He cracks me up! 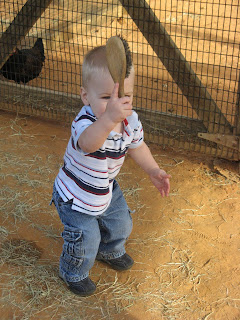 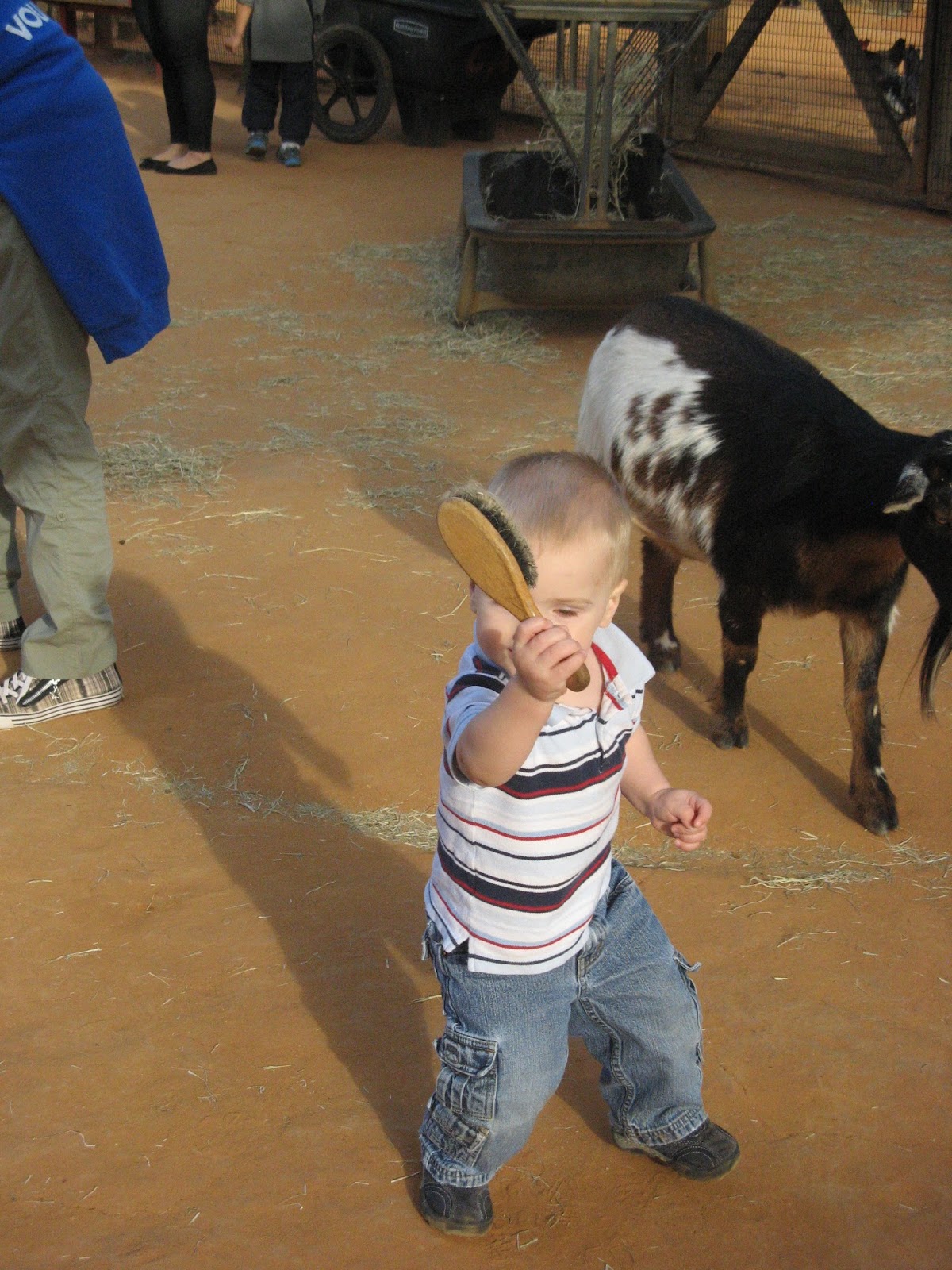 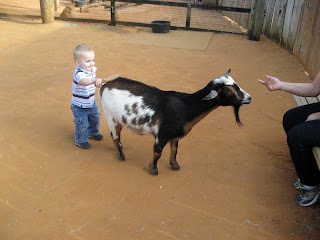 I love the tongue stuck out with concentration. 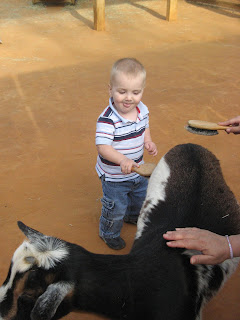 Talmage ran over to this raised platform and began loudly delivering some sort of speech to all those around him. I'm not sure what he was saying, but he was very intent on it! That's our little orator! 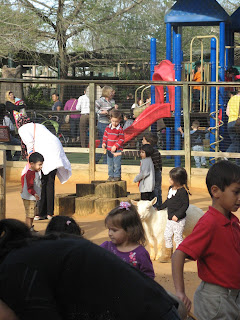 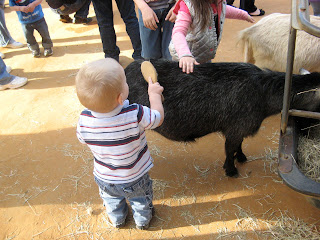 After the goats, Daddy met up with us for the last half hour of our visit. The zoo is right next to the hospital where he works! 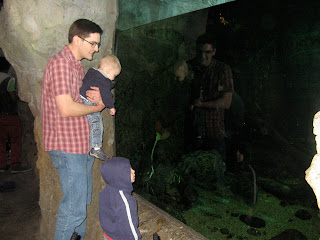 The fish tunnel looked fun--I wished it would have been appropriate for me to crawl through! 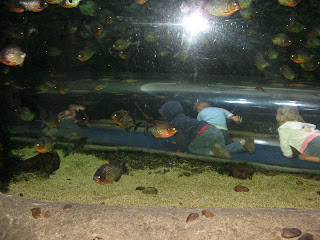 And I had to include this picture of an armadillo, because my parents only ever saw them as roadkill when we lived in Texas, since they are nocturnal. This one was both alive and awake, so it was a double hit! I was shocked at how fast they move and how wiggly their run is. Rodents or reptiles? I'm still not sure. 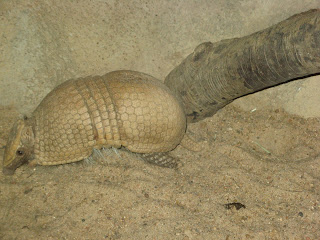 We thoroughly enjoyed our afternoon!
Posted by Kaitlyn at 6:51 PM