Fun on the Slide

I was helping a friend move and she gave us this slide! I knew the boys would be very excited about it for a few days, so I stuck it in the living room until the newness wore off, after which I planned to stick it outside. But after Wesley took a nasty tumble off the top, flipping backwards from standing position and landing smack on his head on the tile floor, giving him several large bruises/goose eggs, we put it outside earlier than planned.
Here are some pictures to show how enthused Wesley was about it! Talmage loved it almost as much--he just happened to be napping while I was taking these pictures. 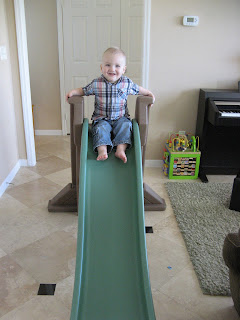 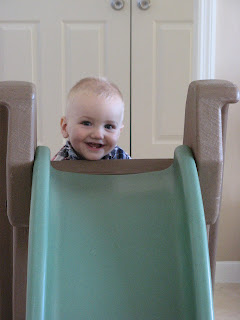 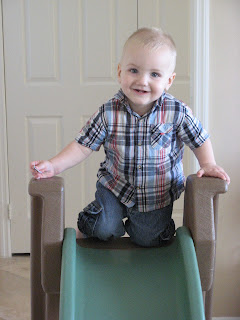 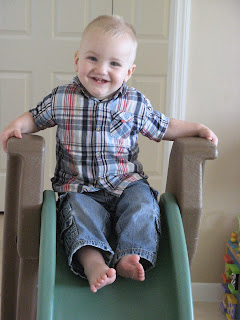 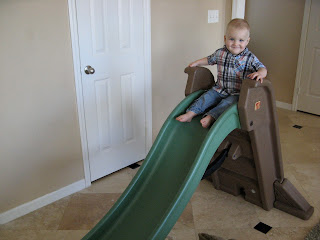 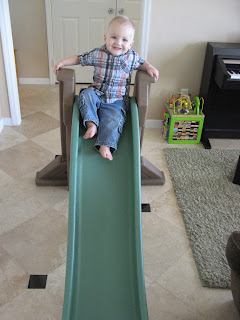 Wesley learned pretty quickly that his momentum carried him off the end of the slide with an unpleasant bump if he slid down on his bottom. So he learned to start sliding down and keep holding onto the top of the slide, which would pivot his body around to his tummy! Sometimes, though, it meant he was only halfway on the slide while he went down. It always gave Mommy a bit of a jolt in the stomach to see him nearly flip over the side. 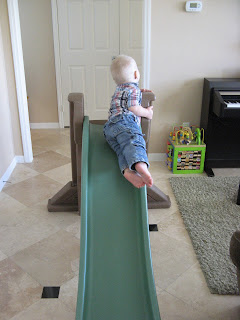 I can't believe how big my boy is getting! 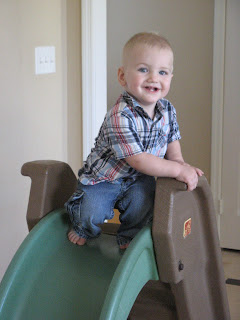