We had a fun celebration for Sam's 27th birthday (May 26th) this year. The festivities began the night before with his birthday dinner of Thai Curry, watermelon and a Chocolate Chip Cookie Dough cake. Then he opened presents (with the exception of mine, which was to come later) and we watched Toy Story 3 for the first time. 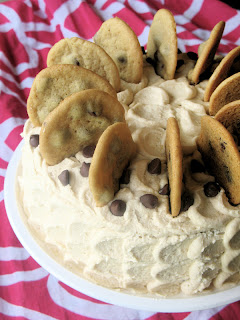 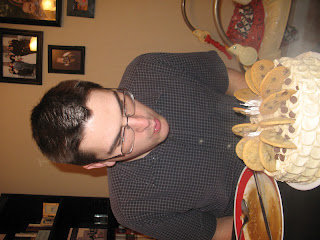 The next morning, we dropped the boys off at a friend's house and headed to a secret location:  Adair Park. This park is a secluded, woodsy park that is almost always essentially deserted. It was perfect for my plans. 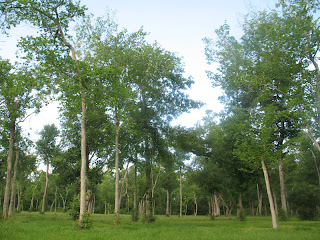 I gave him his present as we got out of the car. 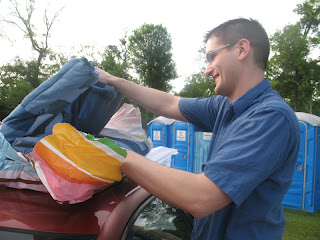 It was this blue-jeans quilt I had made. I wanted it to be big enough that Sam, who is about 6'5", could lay down on it without his head or feet poking off the ends. So I made it 100" square. I decided that since it's a blue jeans quilt it was manly enough to be an acceptable gift for his birthday. :) Actually, it is more a symbol of the family fun that is behind us and ahead of us. We love outdoor adventures, and I anticipate this quilt will accompany us on many of them. 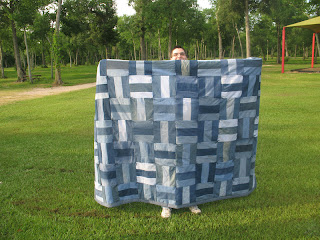 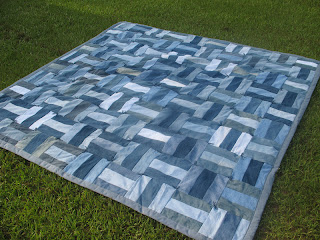 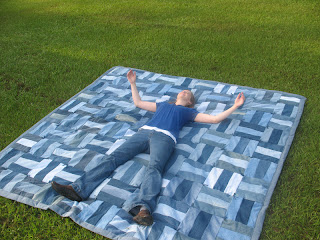 Then we settled down in a grassy clearing to enjoy a picnic breakfast of granola, fresh fruit, and orange juice. 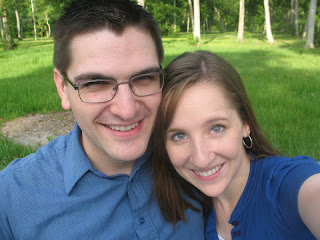 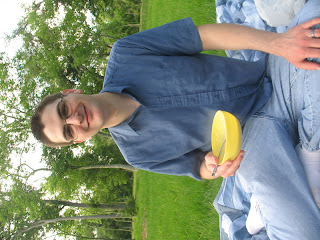 After breakfast we began a fiercely competitive Rack-O tournament. 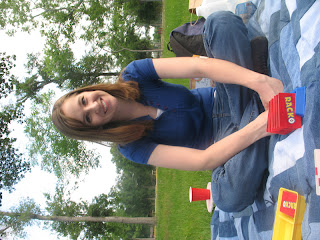 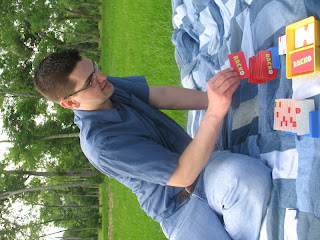 There was a 2ish mile path winding around the park. After we finished playing, we packed up our things and I asked Sam if we could walk on the path a little bit. We walked up a rise and came around a bend and saw a bench swing on the side of the path. "Let's swing!" I exclaimed. As we sat there swinging, Sam noticed two bikes across the path from us, hidden in the trees and locked up with helmets. "Hey, look, missionary bikes!" he said. "Really?" I responded. "Well, no..." he continued, "but how often do you see two bikes locked up together with helmets?" At this point I laughingly burst out, "Only as often as your wife puts them there!" He was so excited.
Our bikes have been stored in less-than-ideal conditions since we got married, so they had fallen into rather serious disrepair. Both of us love bike riding but haven't had many opportunities since we have moved to Texas due to various issues (namely no sidewalks, no shoulders on most roads, two little boys, no bike trailer, and no way to transport the bikes to parks). I had fixed up our bikes, hauled them over the day before using a friend's van, and stowed them in the trees. 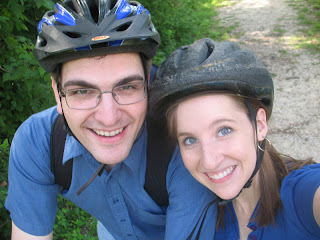 It was so exciting to be able to ride again! I had forgotten how much I love it. We've got to find a way to be able to go biking more often. 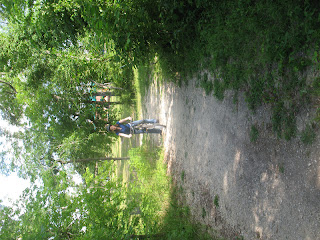 And the trail was beautiful! 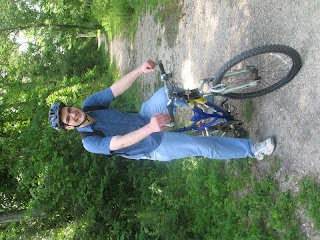 We circled the park a few times before heading back. 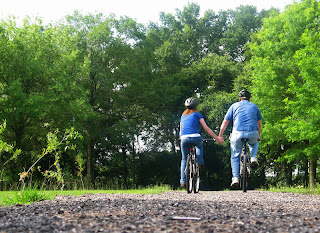 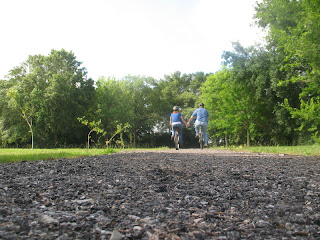