I always struggle with the title on these long posts of unrelated pictures. So I decided to call this post simply, "Untitled," which I realize is a paradox in and of itself. But thus it stands.
Lately one of Talmage's favorite tasks in the kitchen is helping me fill up the muffin tins...as long as he doesn't have to touch the batter. This is a boy who really doesn't like his hands to be sticky. 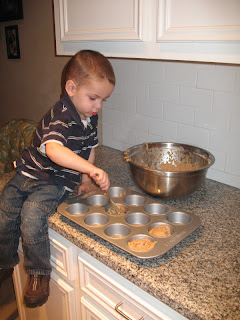 These pictures are from one Sunday afternoon. Pardon the disheveled appearance of the boys, but they are cute anyway. 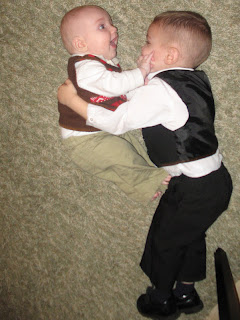 They really are best friends. I'm glad I can say that after the first rough couple of months. 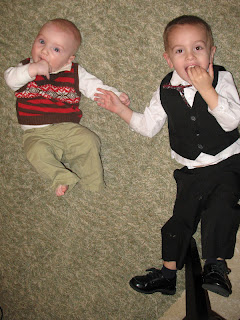 Talmage has a system for putting Wesley up on his lap. Wesley is extremely tolerant of it, as usual. Talmage grabs the back of his shirt and pulls... 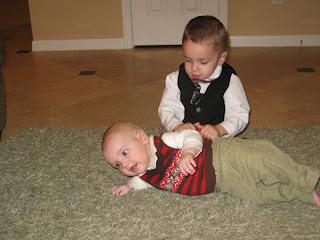 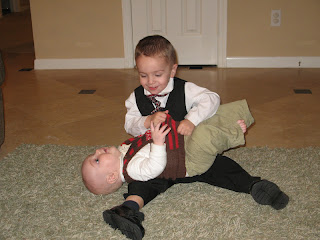 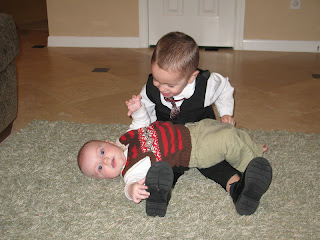 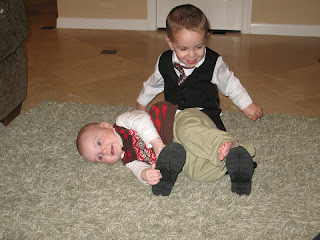 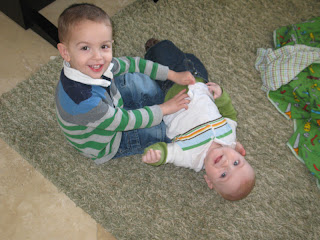 I have finally started to be better about our little "school time." We have been having a unit on seasons and Talmage and I made this picture on one of the days we were talking about winter. We went to a nursery and walked around looking at and talking about the plants for our field trip during the week we were talking about spring. Now Talmage sees flowers anywhere and says that they're "blossoms." We'll have to work on differentiation. We're looking forward to our field trip this next week for our summer unit! We're going to a strawberry picking farm near where we live. 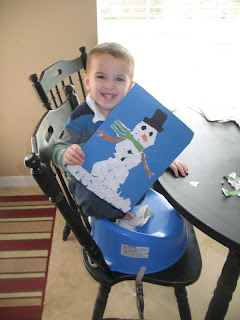 Pumpkin for my punkin! 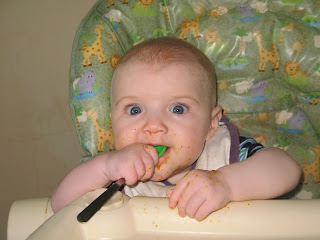 We put Talmage's tent on the bunk bed one day. 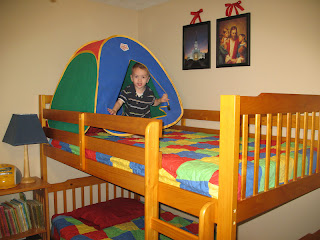 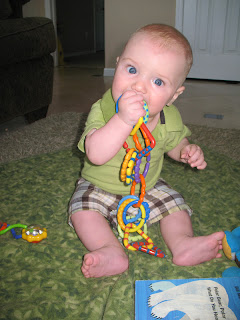 Talmage loves his friends! Our weekly playgroup is a highlight for him. On this day we were watching his friend Sam. 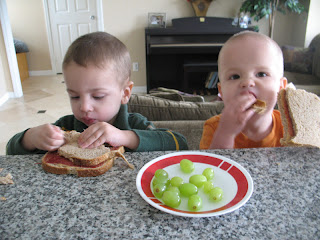 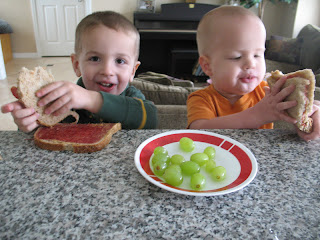 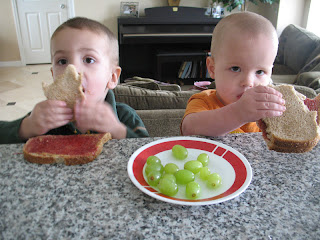 1:00 Church is really hard on naptime. Talmage is usually incredibly hyper and short-tempered all through Sacrament Meeting, which is the last hour of the 3-hour block, and then often falls asleep on the way home from Church which interferes with his bedtime. On this day he was out so hard he stayed asleep when I brought him in and laid him on the couch. 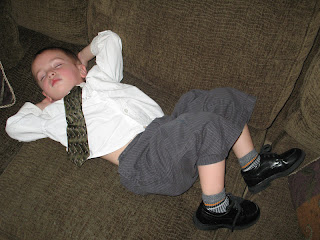 Wiggly Wes had been laying on his blanket and I walked off for about 30 seconds and came back to this (I was in the middle of a diaper change, which is the reason his pants are off). He moves all over the place by rolling and rotating himself around and he is starting to crawl now, too! I guess he figures he has to keep up with Talmage. He is one of the squirmiest babies ever. Last Sunday I walked out of the Primary room for a minute, leaving Wesley in his carseat but not buckled in. When I came back someone was holding him and she told me that a little girl had suddenly said, "That baby is going to get your bag!" He had squirmed his way out of his carseat and was on the floor, getting into her bag! He just does not like to hold still. :) 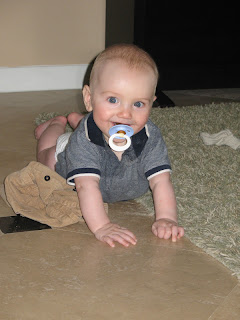 Talmage wanted to feed Wesley his mashed peas one day, so I let him. He was surprisingly good at it! It actually helped while I made dinner. 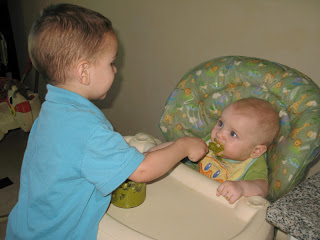 It was just slightly messier. :) 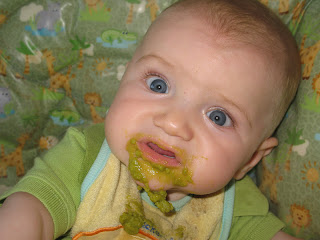 See how much Wesley adores Talmage? 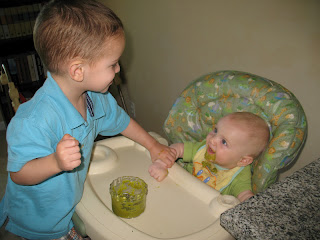 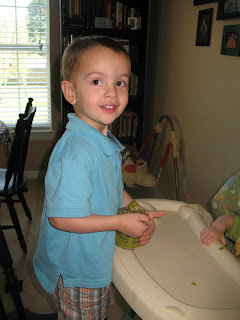 The funniest thing about this picture is the fact that Talmage's arm is the same width from top to bottom. Except perhaps a bit wider at the elbow? We're still working on Operation Fatten Talmage Up. 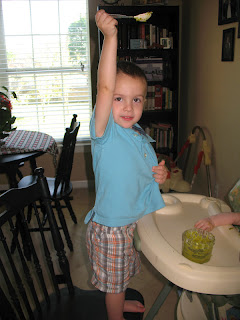 This kid, on the other hand, LOVES food and goes after it like crazy. He eats bites of table food often, in addition to his own food. 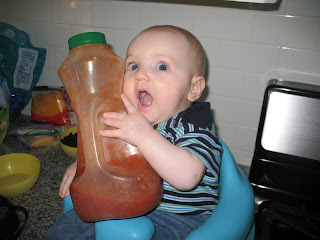 And lastly, we're enjoying the sunshine! The heat/humidity are starting to pick up, so I guess we need to enjoy the outdoors while they're still pleasant (i.e. in the 80s). 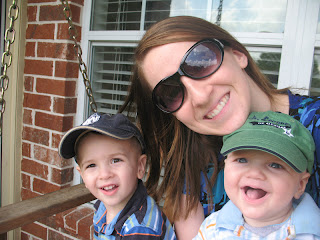