Free Day at the Zoo

Last week we had the most spectacular time with my parents and two of my siblings! We crammed so many things into the relatively short time they were here. I have a huge number of pictures to post, but first I guess I'll get caught up with the pictures I had from before they came. So without further ado...
At the beginning of March I spontaneously decided one day to take the boys to the zoo for the free day. I called a friend, and that afternoon we were off!
The elephant exhibit was so cool. They were quite a few elephants in two huge areas. 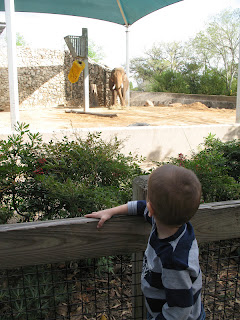 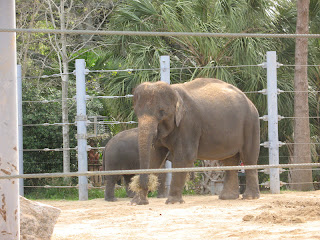 And the monkey section was excellent! There were so many different kinds of monkeys to see. That was one of the most popular exhibits so there were a ton of people. 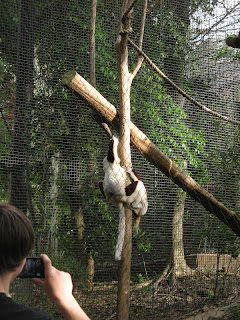 But Talmage managed to get a front row view. :) 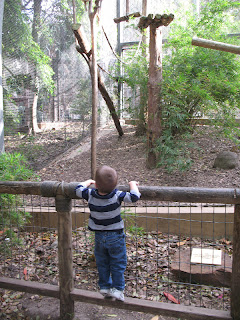 These ones were some of my favorite to watch. They were jumping all over the place! 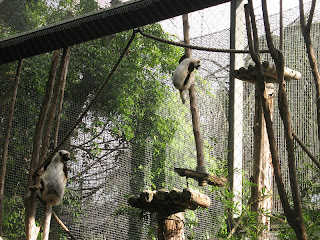 This little man was so, so happy. He just talked and squealed pretty much the entire time we walked around. We were well past his eating time (by about an hour and a half) and had missed his nap by the time we got to the car and he still wasn't complaining because he loved it so much. That is unheard of for him--he usually protests loudly if I try to delay his feedings even 5 minutes! 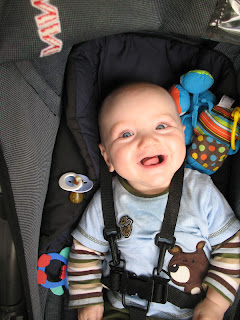 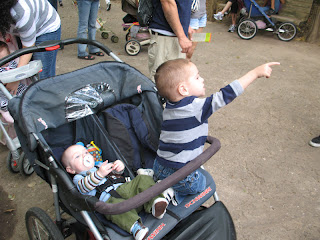 My friend's sweet baby girl was darling in her zebra outfit. So festive! 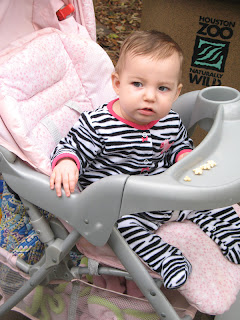 Talmage kept asking to see a snake, so we made a visit to the reptile house. 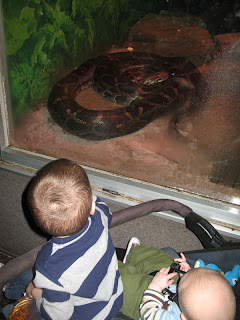 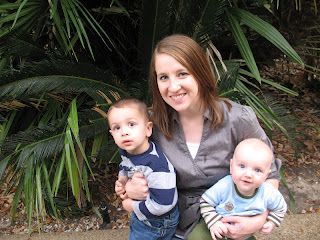 The definite highlight was this pen in the kids' area where they had a bunch of goats you could go in and play with. 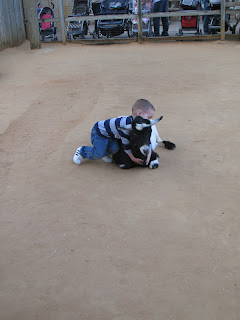 Talmage had pretty much no inhibitions. He loved them! 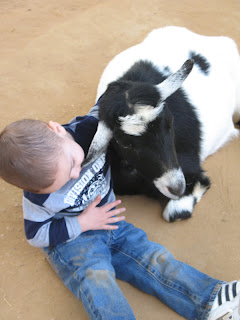 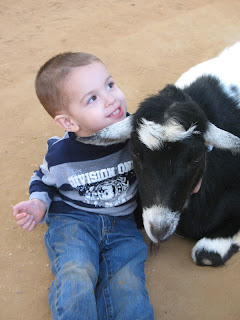 Even Wesley got in on the fun. 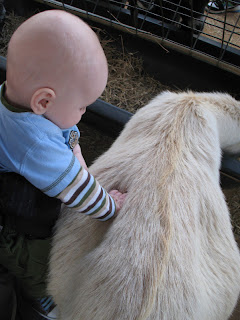 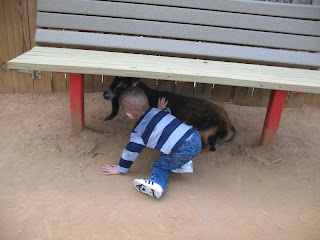 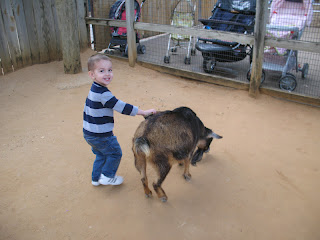 They had little brushes you could brush their fur with. 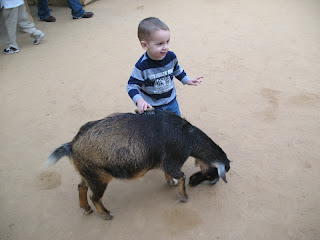 I love this picture. Talmage is just sizing up that goat! 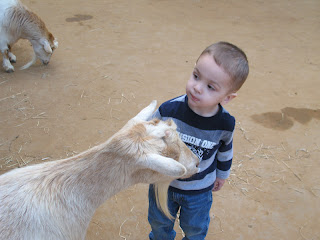 The goats were mostly very tolerant of little kids' curious fingers. One was kind of mean and kept head-butting kids, but other than that they were pretty mild-mannered! 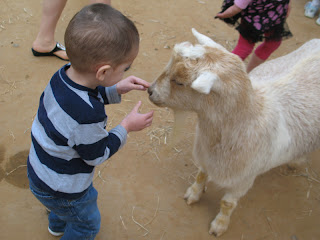 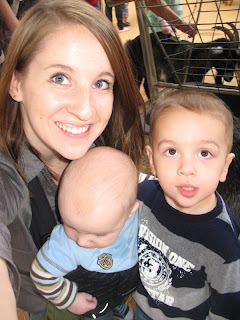 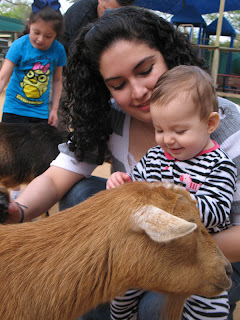 I love how they're doing almost the exact same pose in this picture. And, the fact that Wesley is always flinging his feet around to find something to push against. He even falls asleep with his feet pressed up against the bars of his crib. 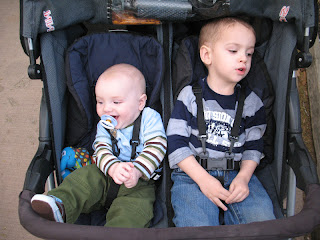 All in all, these two had a fantastic time! We'll have to visit again soon. 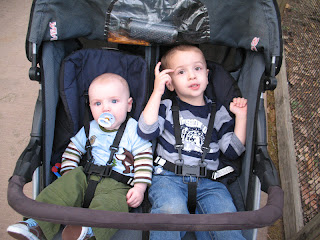 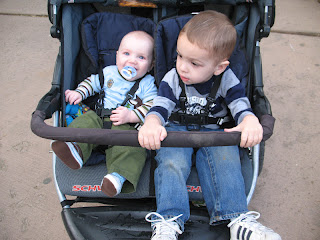