I keep ending up with a random assortment of pictures that have piled up on the computer. So here is yet another scattered post. :)
Talmage loves playing with sidewalk chalk. I had always taken him out the front door to do it, and then it dawned on me that he could draw on our balcony too! Our kitchen and living room are upstairs, so this creates a nice diversion when I'm trying to get dinner made. 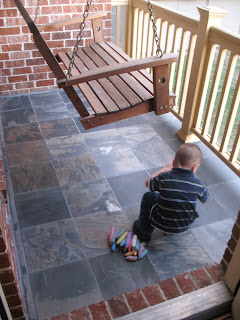 He drew these and told me they were Ts! (They're upside down in the picture.) I was pretty impressed! 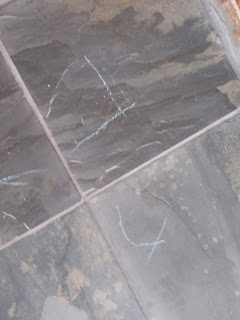 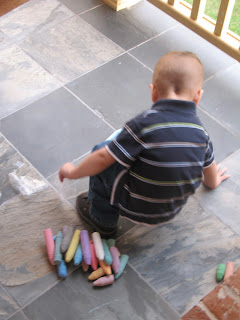 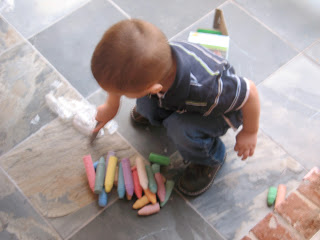 Wesley sleeps in his cradle in our room, but sometimes when we're doing things downstairs (where the nursery is) he likes to hang out in his crib, laying in the Boppy pillow. I love this picture because he is making the I Love You sign with his hand! 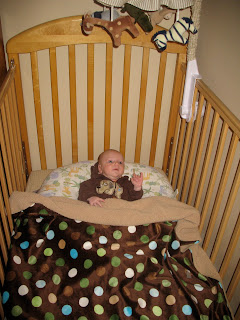 My mom and I made this tree on the wall. I think he likes looking at the sharp contrast. 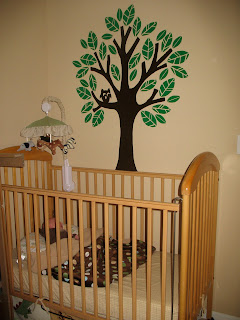 Talmage and I had some fun with peanut butter playdough one day. 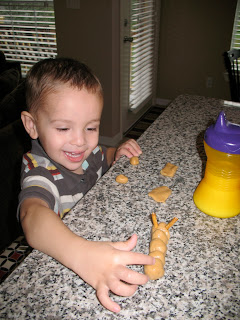 He was very excited about it! 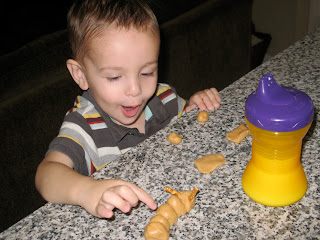 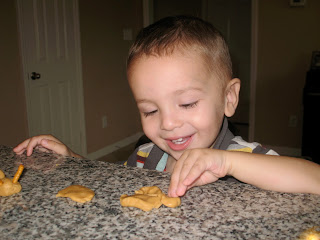 He loves making birthday cakes out of things. The other day he dipped the tines of his fork into BBQ sauce so each tine had a glob of sauce on the end. He held it up and exclaimed, "Candles!!!" 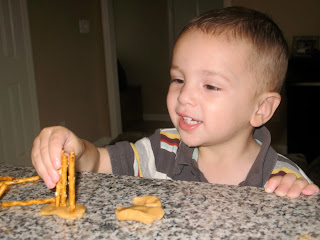 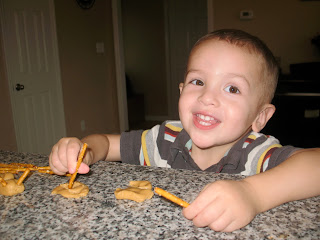 Poor Wesley had a horrible rash along with baby acne that would flare up and cover his face, scalp, and chest. After a couple of weeks of this I thought maybe he was having a reaction to the cow's milk I was drinking with my cereal, so I switched to soy milk and within a few days it cleared up. Maybe it was just a coincidence and he grew out of it, but for now I'm still not drinking cow's milk (although I do still use it when I'm cooking and I haven't cut out other dairy products like butter, sour cream, cheese, etc.).
Anyway, after using vanilla soy milk and liking it except for the somewhat chalky feeling it left in my mouth I decided to try vanilla almond milk. I love it!!! I had a hard time not drinking the entire half gallon the first time I tried it. I love it so much Sam said I should be on a commercial for it. 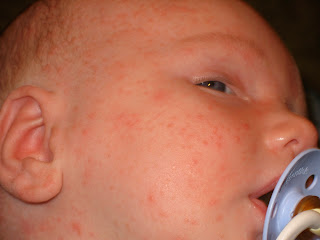 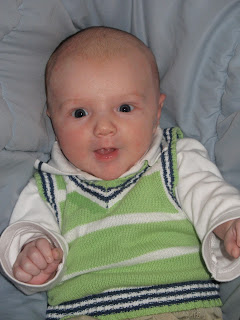 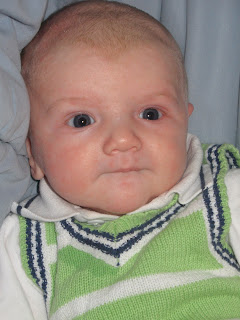 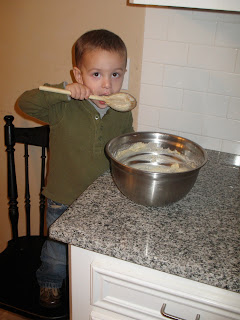 Their Aunt Amanda made them these adorable sock monkeys! 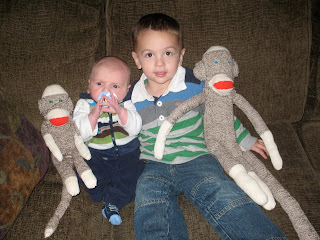 Few things make you feel more loved than your big brother putting the kitchen towel on you like a blanket. 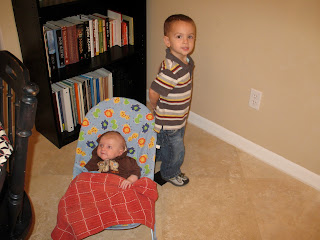 Wesley is Mr. Tolerant. He puts up with his older brother's tough love really well. We have this little portable swing that is low to the ground, and there have been several times that I have looked over and seen Talmage completely laying on Wesley while Wesley just stares off into space, 100% unbothered. 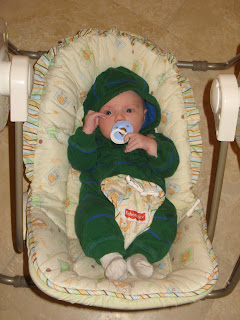 Love these boys!
Posted by Kaitlyn at 4:00 PM