Talmage's birthday was on October 11th and my mom was flying in on the 24th, so we thought it would be fun to wait until she was with us to celebrate his birthday. He is SO into tractors right now, so I decided to put together this simple tractor cake. It's certainly nothing fancy, but with a 4 day old baby, that was as good as it was going to get. At least it tasted good! 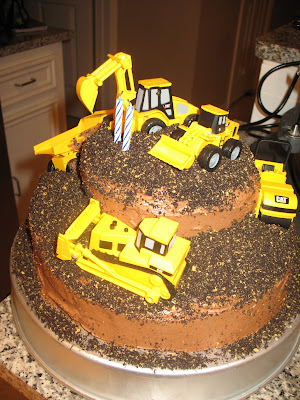 And Talmage was thrilled with it. I think the cake tractors have been his very favorite birthday gift. 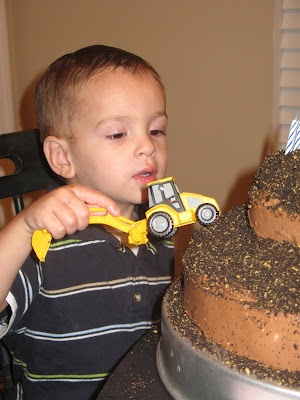 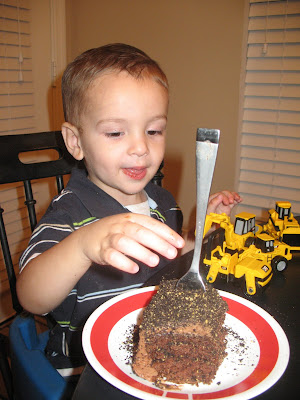 He was more interested in playing with the tractors than actually eating the cake... 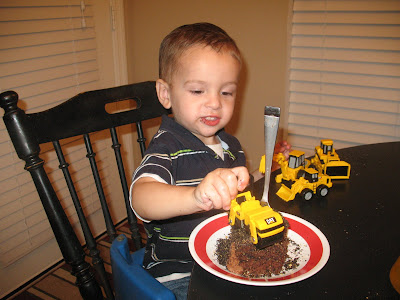 I was filming Talmage opening his presents, my mom was holding Wesley, and Sam was helping Talmage/playing with his presents with him. Between the three of us, I'm afraid this is the only picture I got of him opening his gifts. He was very excited about them, though! 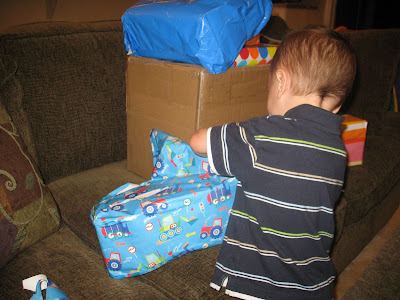 And here's the birthday boy with most of his presents! Some came seperately and didn't make it into the picture, but he loves them all! Thanks to our generous friends and family members who thought of him. 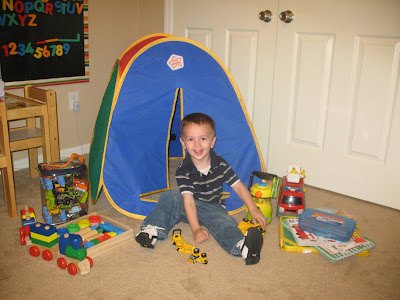