I often end up with a bunch of random snapshots of daily life that have collected so they end up grouped together in one random blog post. Enjoy!
I forgot to post this one in the post that was all about food...just another picture of Talmage eating while he stands at the counter, but for some reason I just thought it was cute. :) 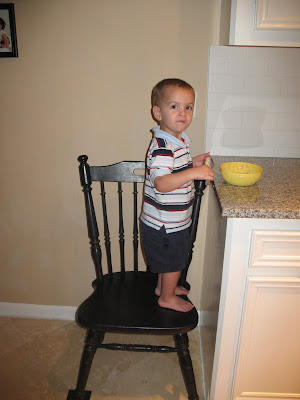 Here he is on his blanket/pillow throne one morning, enjoying his book. He has an obsession with trucks right now. 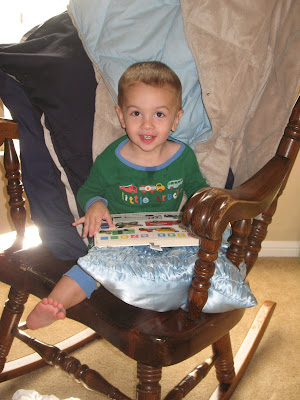 This boy loves tools! I wanted to get him a tool set for his birthday, but I didn't think he'd be too keen on fake, brightly colored plastic tools and I was a little apprehensive about getting him a mini metal/wood tool set. I was having visions of a little hammer being chucked at little brother. Maybe we'll give it a couple of years. For now, he loves playing with the measuring tape! 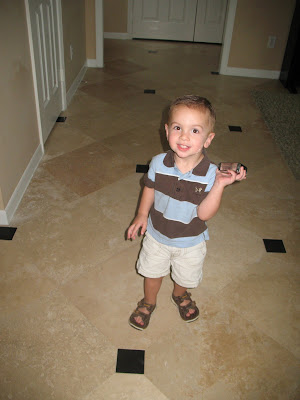 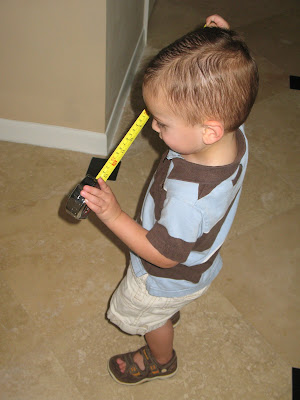 He thinks it's funny to walk around with this hat down over his eyes. 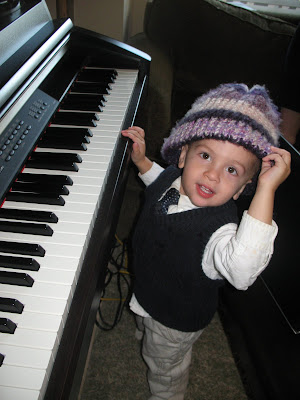 Again, I just found these pictures cute. The way I am constantly taking and posting pictures of Talmage reminds me of a quote that was hanging in my grandma's house..."Every ol' crow thinks her chicks are the blackest." I don't think he's better than others, but I sure find him irresistable. He knows how to pull my heart strings. (Especially with the way he has been saying, "Thank you, Mommy" for every little thing lately!) 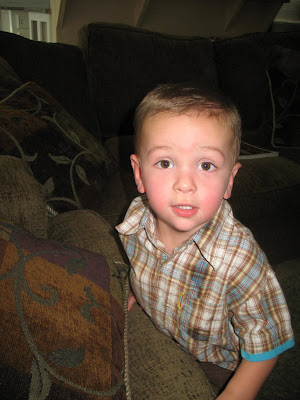 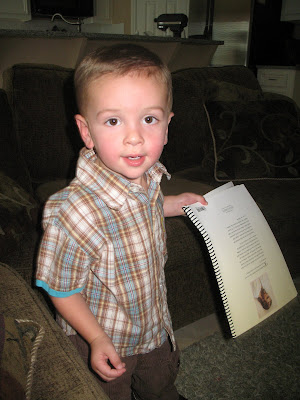 He and Sam have this fun little spinning game they do. Talmage says "fast" or "slow" and Sam spins him accordingly while Talmage throws his hands up in the air like he's on a rollercoaster ride. The funniest part (for all of us, Talmage included) is his dizzy running afterwards! 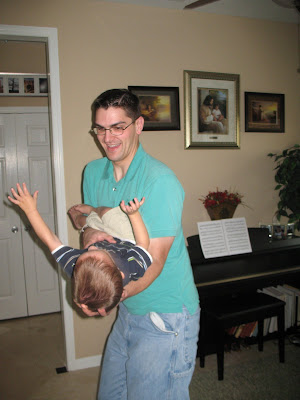 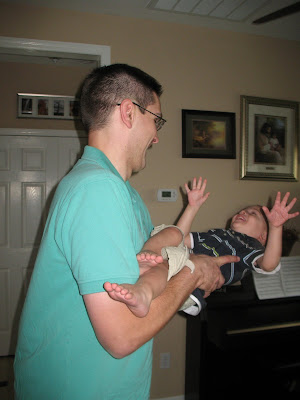 I guess pillows can serve multiple purposes. Nothing like cushioning your feet from the hard floor... 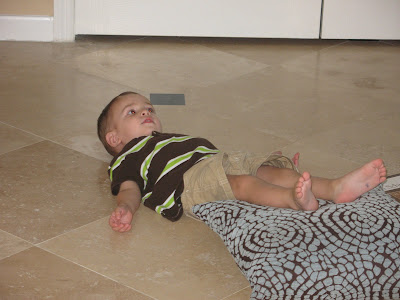 And lastly, he often sits like this, with his feet splayed out on the sides. Maybe it's so he can spring to his feet at a moment's notice and not waste a second. 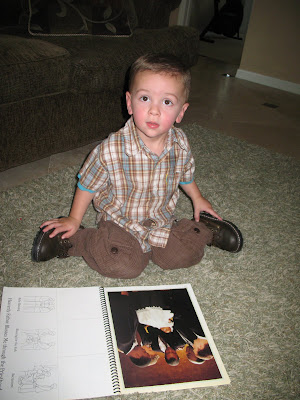 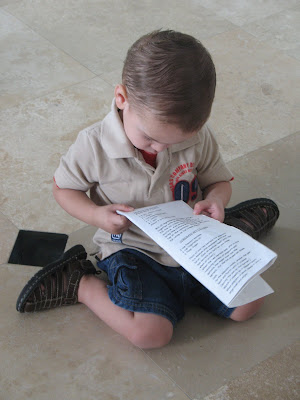