Talmage loves to be silly. He has had an uncanny sense of humor since he was about 6 months old. He catches on quickly to funny situations and loves to make others laugh. The other day he ran around the house shouting, "Joke!" and laughing hysterically. Here are a few of his recent silly moments.
I turned my back for a minute or two to look at the recipe for the dinner I was making, and when I turned around Talmage was covered in chocolate pudding, as was the chair he was standing on, his clothes, the counter, and the rug. I had gotten a bowl of chocolate pudding out of the fridge that I was going to rinse down the drain because it wasn't good anymore and while my back was turned Talmage helped himself to it. 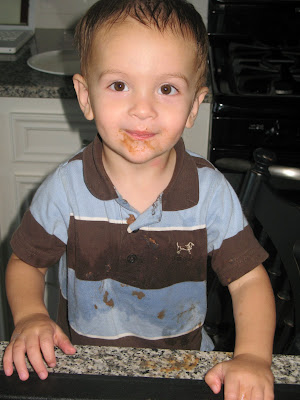 He loves to get into baskets and then wants us to push him around. 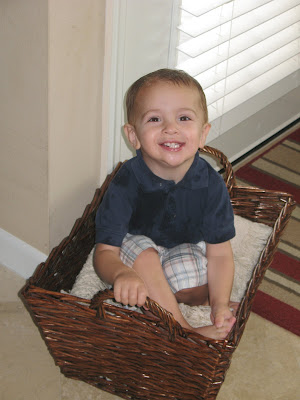 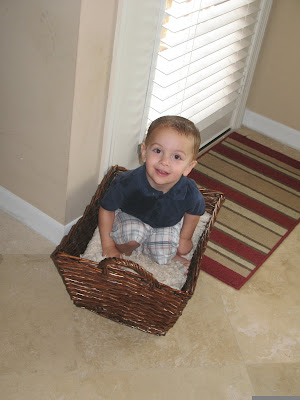 He loves putting bowls, pans, etc. on his head and calling them hats! 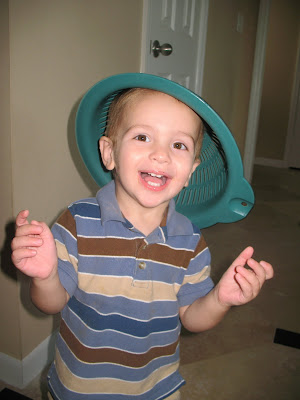 Maybe he would be better about eating if food wasn't so fun to play with. I wish you could see the large amount of peanut butter smeared on the crown of his head. He doesn't like his hands to be messy, so he has determined that his hair makes a handy towel...I'm forever wiping goop out of his hair. Who knew yogurt leftovers make such a great hair gel? 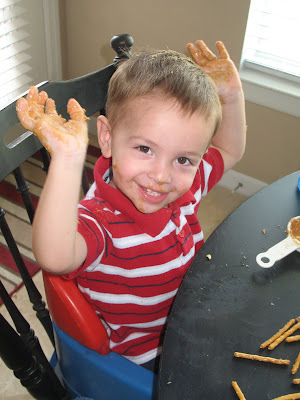 It didn't take any begging to get him to eat these crepes--his was stuffed with peanut butter, nutella, and whipped cream. :) 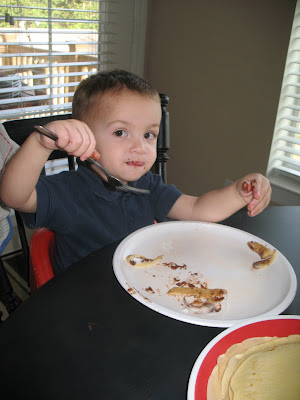