Who's this? Just the cutest little BYU fan ever! (Despite the sad loss yesterday...GO COUGARS!) 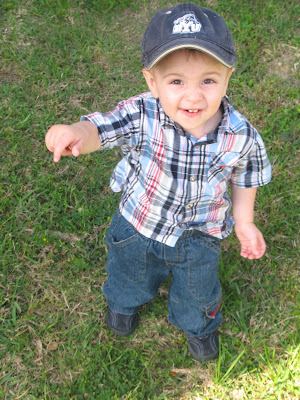 We went out to play in the backyard, but the little cutie just wouldn't leave his hat on! 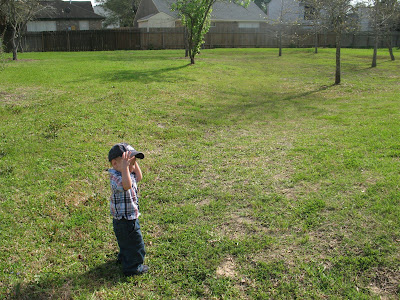 I tried it backwards too... 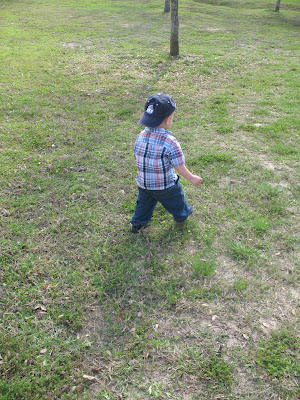 ...but to no avail. Seriously?! Can that grin get any cheesier? 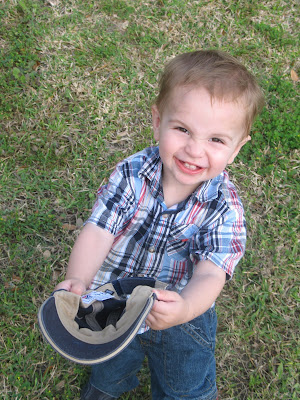 He always wants to play with the faucet. Just turn the faucet on to a trickle, give him a measuring cup, and you can count on him being entertained for a looong time. I turned it on low, and he started drinking the water...hope it's safe! 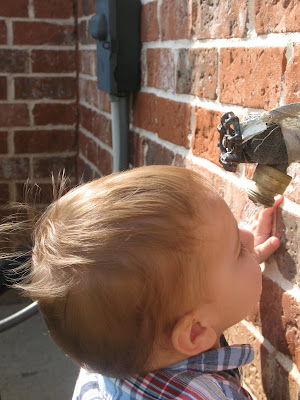 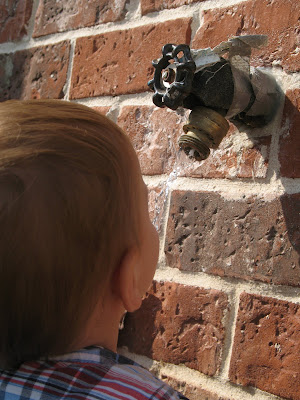 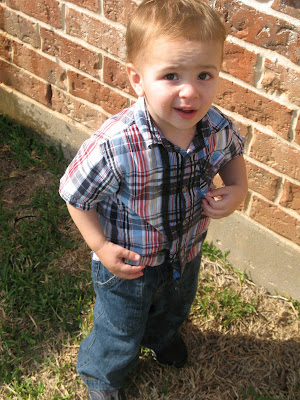 And this is his "no, no, no" face as he points to the cords that are off-limits. 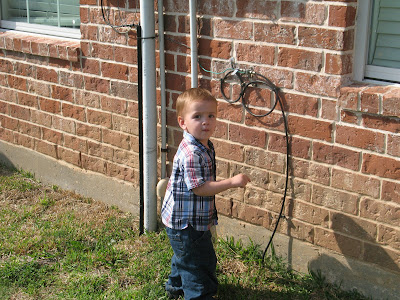 Then we were off to do some ladybug catchin'!!! Our backyard has dozens of them crawling through the grass right now. 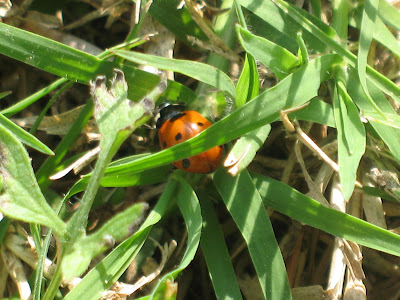 Talmage absolutely loves them, along with any other bug. He is really quite good at quickly snatching them before they crawl or fly away. 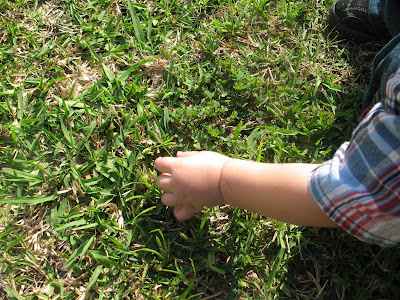 I'm trying to teach him to open his hand and let them crawl on him rather than keep them pinched between his thumb and forefinger. I'm having trouble convincing him it really is better that way. 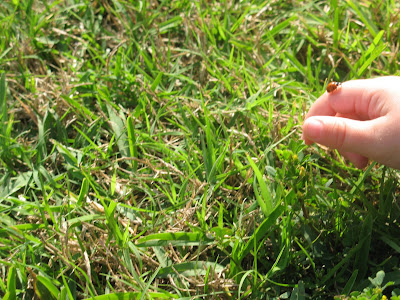 But oh, the wonder and fascination he gets from these cute little critters is absolutely delightful. 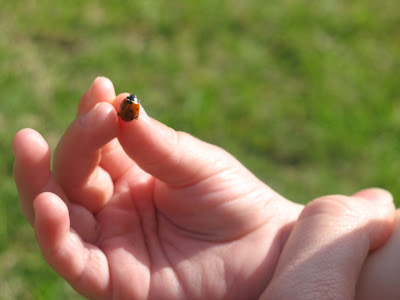 The trouble with him loving bugs so much, is that there are WAY too many bugs in Texas that aren't so cute, and are really downright mean. Like these fire ants, for example...I have to watch him like a hawk every time we're outside to make sure he doesn't go picking up something that is "ow-chee, ow-chee." 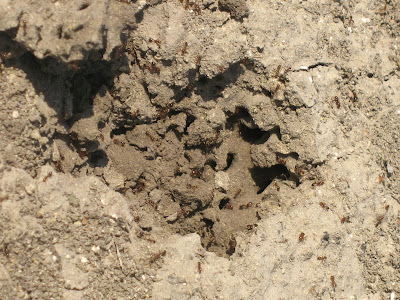 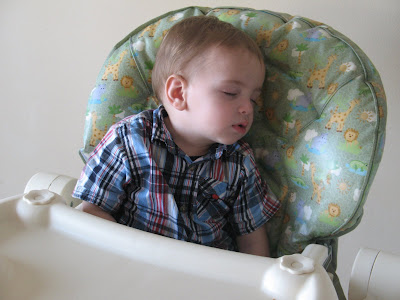 Stay tuned...I'm sure there will be many more chronicles of Adventures in the Brady Backyard!
Posted by Kaitlyn at 1:16 PM