Talmage has gotten to be quite the climber. Anything he can climb up on that makes him taller is just a thrill to him. One of his favorite spots is this end table. He takes the picture off (the glass has long since shattered...) and climbs up here several times each day, catapulting himself onto the couch from the table. 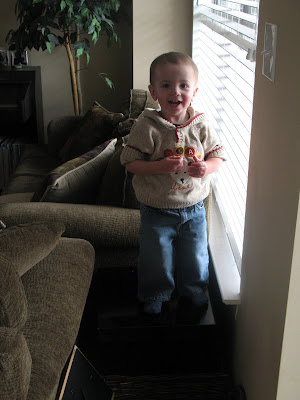 He's still teething--note the characteristic way he is holding his mouth. 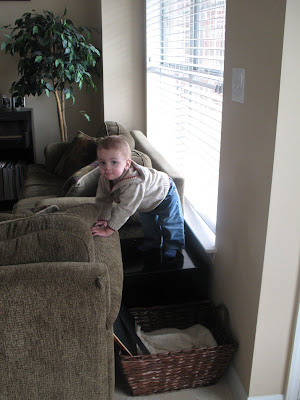 He is such an early bird, often waking up before 6 am. 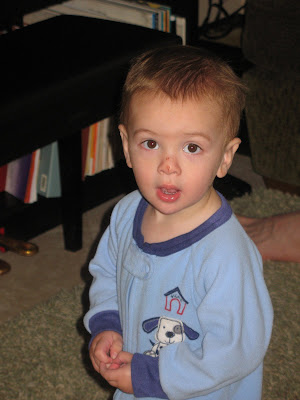 He does mornings a lot better than I do though! I wish I could wake up with as much energy as he does. 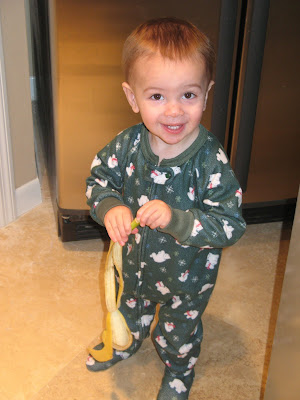 He does this hilarious routine where he clenches his teeth together, purses his lips, scrunches up his nose, and breathes loudly through his teeth. Hard to describe, but highly entertaining to watch! His banana isn't radioactive...it's just the lighting. 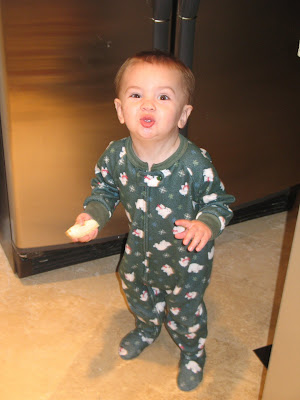 He also loves climbing up onto this toybox. 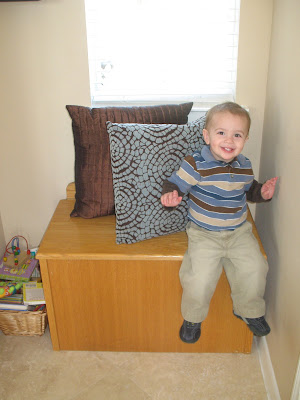 And of course, what good would it be to climb up onto things if he didn't throw everything off while he was up there? He can reach those decorative balls on the wall now too, so if I don't stop him he loves taking them down and chucking them all around the house. 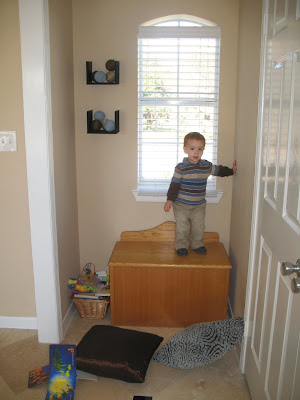 Needless to say, he has gotten to be quite the little destroyer! Good thing he is so cute about it all... :)
Posted by Kaitlyn at 9:57 AM