Talmage isn't exactly the best eater...his tastes pretty much match up with what mine were when I was a child, so it really shouldn't surprise me that he throws most of his food on the floor and adamantly refuses to eat it! 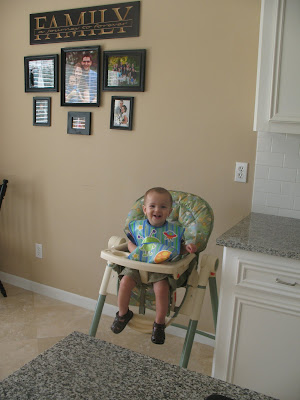 He will eat quite a bit of a banana if I smear it with peanut butter first. Here he is after eating his fill! 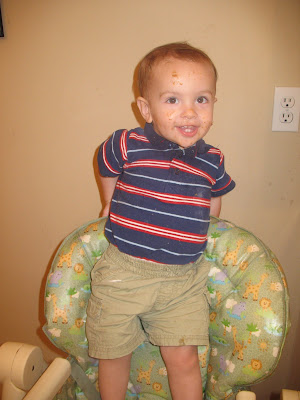 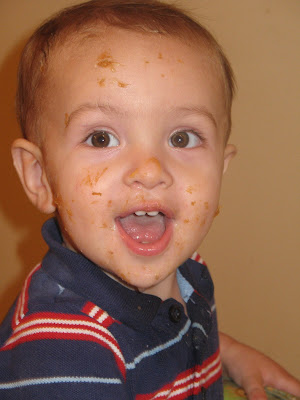 He also loves fruit in smoothie form, so I can trick him by blending up fruit and milk and having him drink it.
I was rather shocked when he began scarfing down pomegranate seeds one night! He wasn't feeling well, and as you can see it wasn't one of his happier moments. 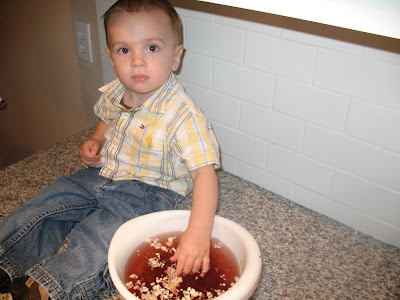 This is the look he gave me when I told him to say "Hi." Classic. 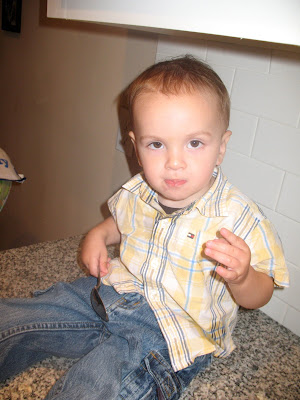 As a side note, the peanut butter/banana pictures were taken the day before Thanksgiving. Note that he is wearing shorts, while Utah was experiencing a blizzard! It has finally dropped down out of the 70s/80s here!
Posted by Kaitlyn at 9:12 AM