Talmage has really been having a lot of fun playing with toys lately. He tires of a toy rather quickly but is always very excited to see something new! The other day I took a bobby pin out of my hair and stuck it between my lips for a minute. He had been kicking, talking, looking around, etc. when he looked at my face, froze, fixated his gaze on the bobby pin, and immediately reached his hand up to hit it, grasp it, and discover what exactly it was. I love knowing that he is so familiar with what we look like that he can tell when something is amiss. Anyway, here are a few pictures of him just playing and having a good time! 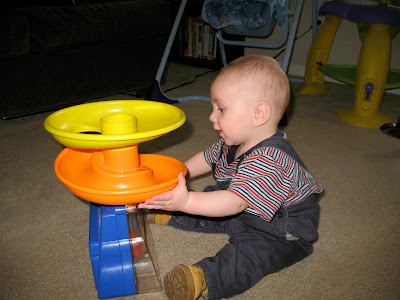 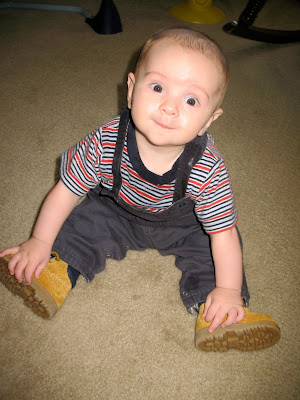 He was in his swing the other day and I looked and saw him like this...just chilling, hanging on for dear life... 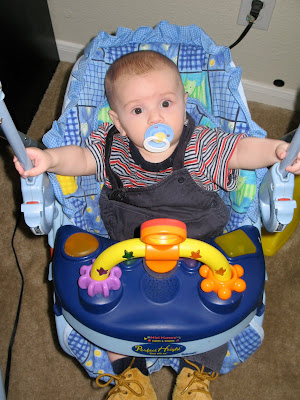 I strung some toys between two chairs for him to play with, which he loved. 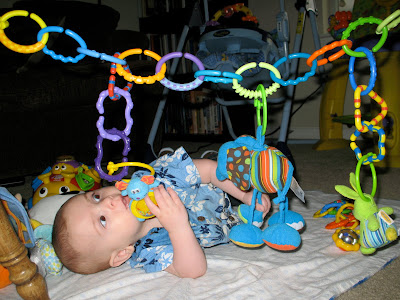 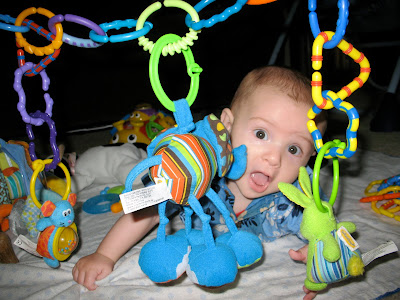 I was mending some clothes at the time, and when he got quiet, I thought I knew what had happened. Sure enough, my suspicions were confirmed! See him sleeping with his eyes partway open? 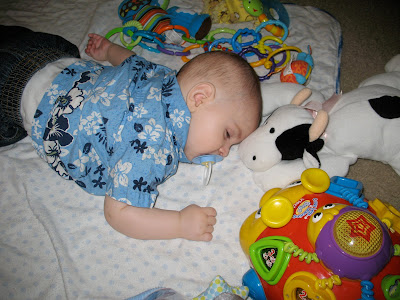 Some of his favorite toys lately are his spoons. I was hesitant to let him play with them at first, because I didn't want him to gag himself or poke himself in the eye...but he's a fast learner! :) One or two triggers of his gag reflex was all it took for him to recognize how far into his mouth he should push the spoon. 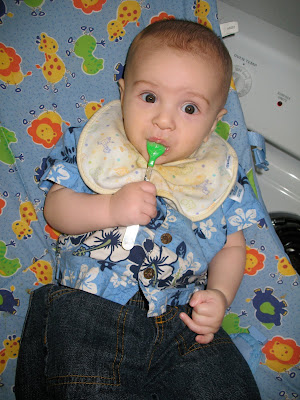 I was taking him to get his pictures taken at JC Penny. I fed him and was then changing him into his clothes when I realized that he was probably going to soak them with spit-up since I had just fed him. So I put him on his tummy to hopefully get most of the spit-up out. He was having so much fun! The pictures? Well...that's a story for another day. 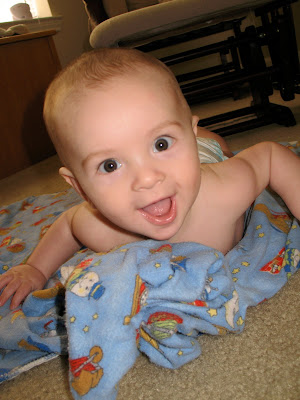 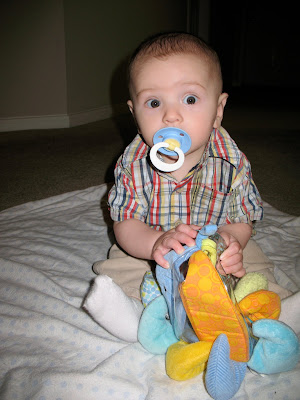 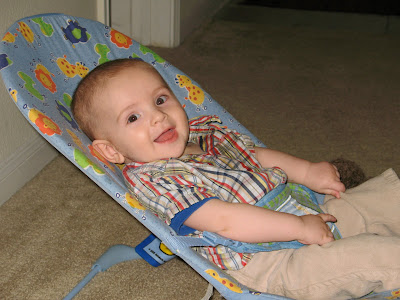 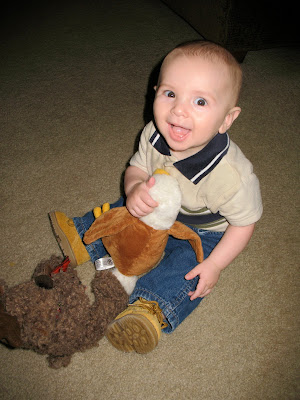