We have had the best couple of weeks together as a family. Sam finished his finals and his lab work a week before Christmas, so he had a full two weeks off! This is the first time, aside from when we were moving here, we have had a break from school when neither of us were working. It has been wonderful! We have done several fun things together.
Houston has a Museum District, and there are a ton of museums you can go see. Most charge money, but they almost all offer free times, which is great! We went to the Holocaust Museum, which was extremely sobering, but overall an uplifting experience. There are quite a few Holocaust survivors in the Houston area, and one of them started the museum. Right now there is an exhibit of Muslims who helped Jews escape, in addition to the standard museum exhibit, and that was very interesting to see. 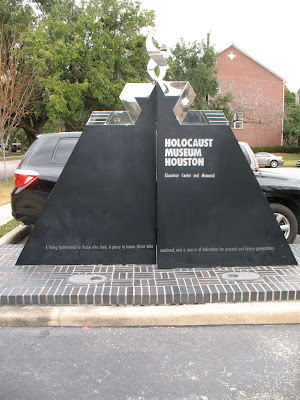 It is even a somber experience to walk in the doors, as the museum is built to look like a crematorium. 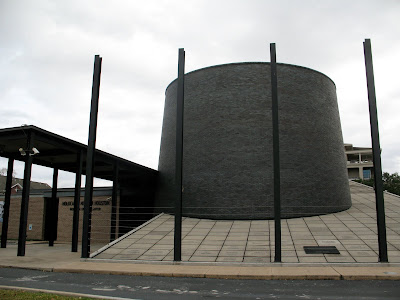 We also went to see the Museum of Natural Science. There were exhibits about many of the different branches of science, from biology to physics to oil excavation! 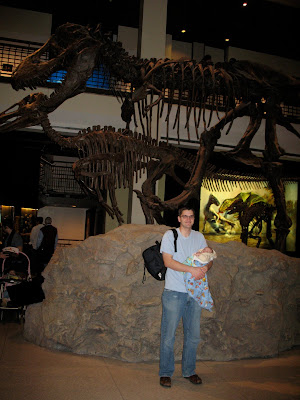 I had to get a shot of Sam in front of the DNA, considering his field of study! 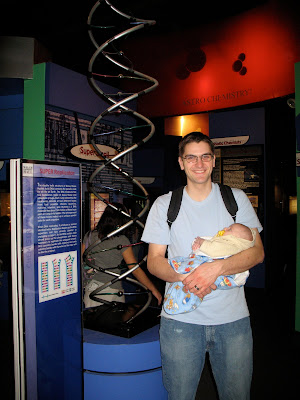 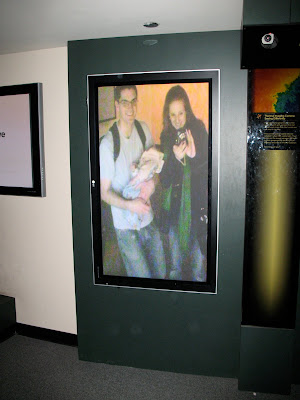 We also went to the Blue Bell Factory in Brenham, Texas. It was so amazing to see the process they use to make ice cream! Blue Bell ice cream is amazing...and although you can only get it at the grocery store in certain parts of the country, we found out that Outback Steakhouse restaurants anywhere serve it! As we walked in to begin the tour, Sam noticed a man wearing a BYU T-Shirt with his wife and 5 kids! We just had to talk to them. It turns out he and his wife are both BYU graduates and they are living in a suburb of Houston. It was so fun to see other members of the LDS Church at the ice cream factory! It gave us an instant comraderie. 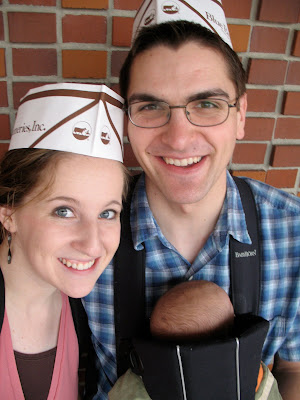 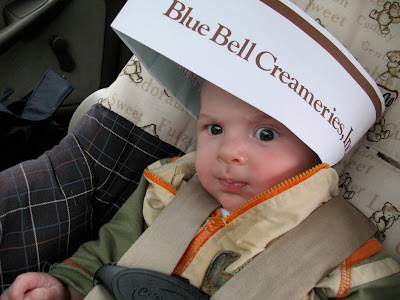 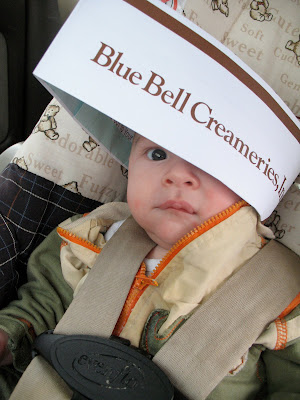 We also had a super fun first anniversary. Sam worked so hard planning it. First he made us a fantastic breakfast. Then he gave me a gift, and it was frisbees to play frisbee golf! If you don't know, there are parks that have raised basket-type things into which you throw the frisbees. We got done with the first round, and he pulled out a book he had made that had a collection of his writings, our e-mails to each other, and our journal entries documenting our journey so far. There were 18 different section in the book-one for each round of the frisbee golf. It was surprisingly cold, so we donned hats and scarves. Don't worry, this isn't Sam's common winter attire. :) Recognize the Roots hat from the Olympics? 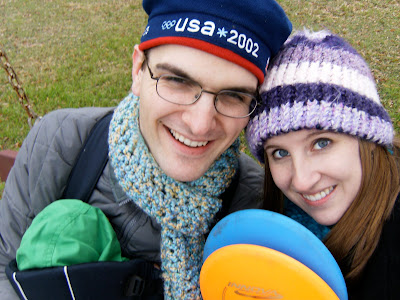 Then we went out to eat at Gringo's (a wonderful Mexican restaurant!). After that, we dropped Talmage off at a babysitter's house (my first time leaving him with someone other than Sam...I was anxious, but we managed to survive!), and we went up to the Houston temple to do sealings. It was such a great way to remember our own sealing, and such a wonderful end to a fantastic day. 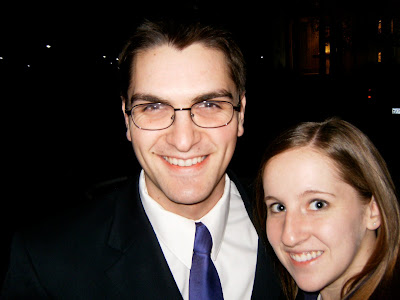 We have been enjoying this break from school so much! I wish it could last longer, but I am so grateful for this time we have been able to spend together.
Posted by Kaitlyn at 11:28 AM