Sam surprised me with a date to the Aquarium in downtown Houston! It was amazing! We took Talmage once again, which wasn't problematic at all because he slept the entire time!
Here he is, all ready to go! 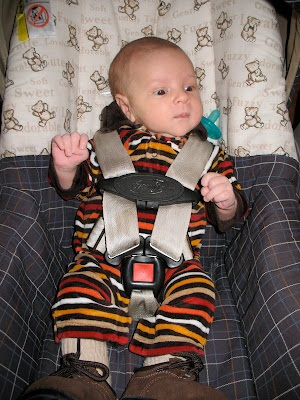 One of the first exhibits was the alligator cage! They were so cool! 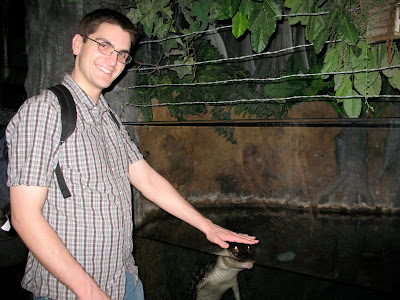 Close-up of one of the alligators--he looks even more menacing because of the refraction, don't you think? 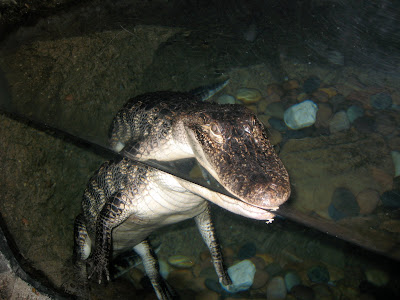 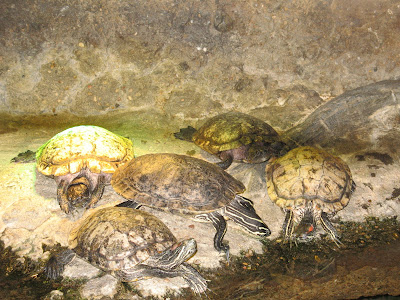 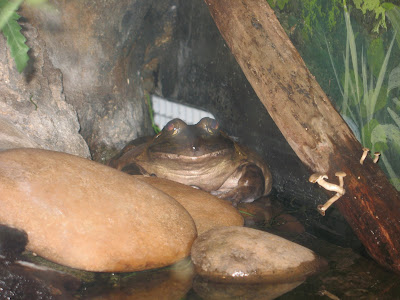 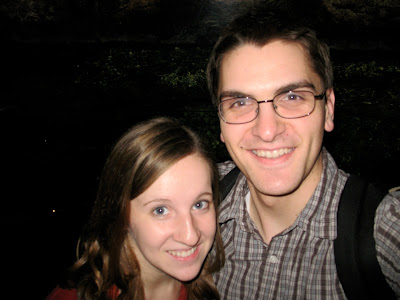 We met a man from Amman, Jordan who offered to take our pictures for us. 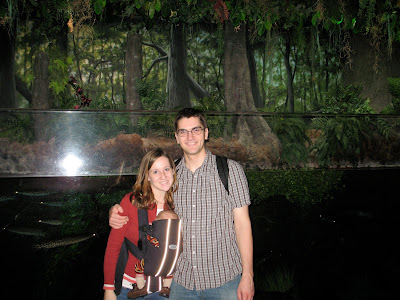 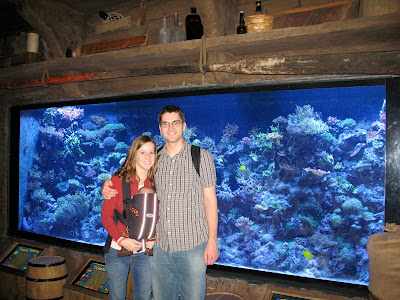 This was the "Finding Nemo" tank...it had a bunch of fish in it that live in the coral reef! 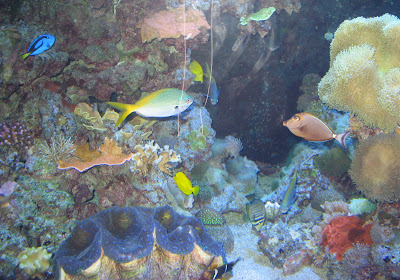 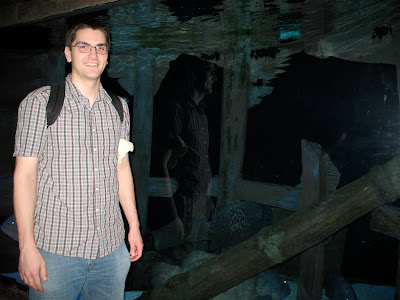 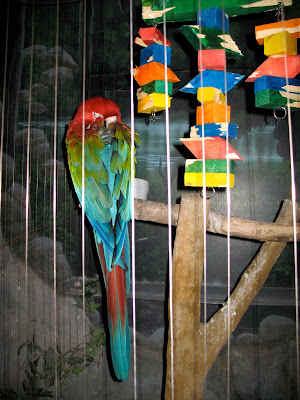 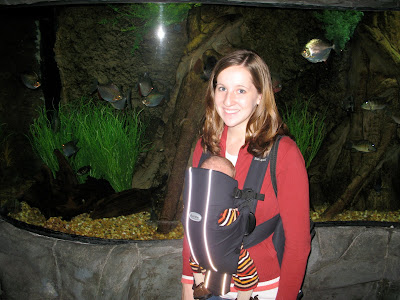 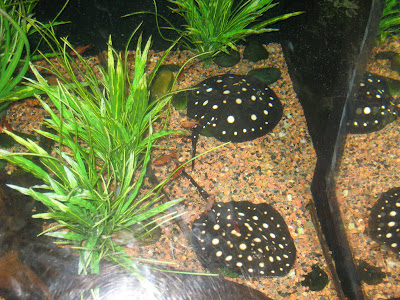 The lionfish were incredible! 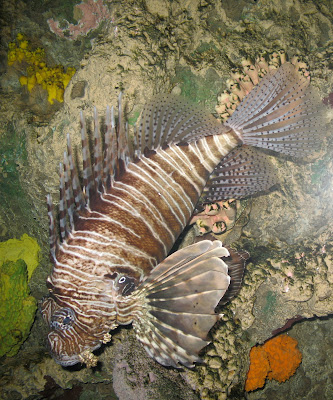 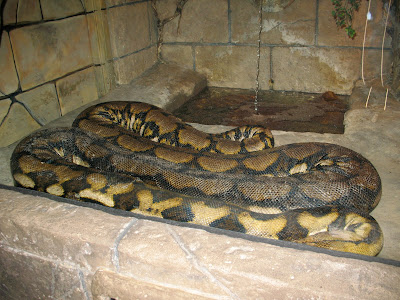 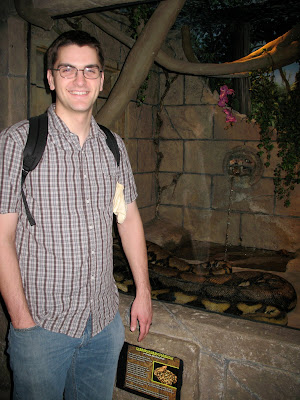 Near the end there was a room full of tanks of fish, stingrays, starfish, and other things that we were allowed to touch! The stingrays were so slimy! 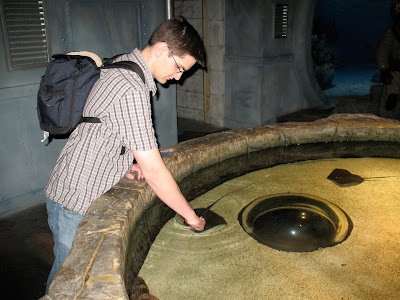 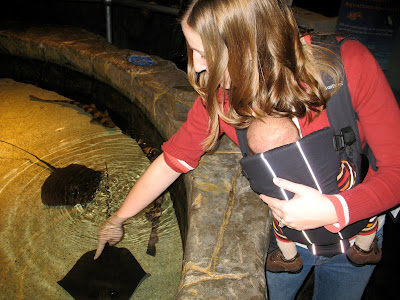 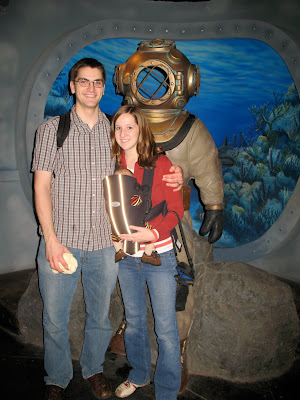 And then, just before you exit, there is a white lion exhibit...the aquarium is certainly home to a lot more than just fish! 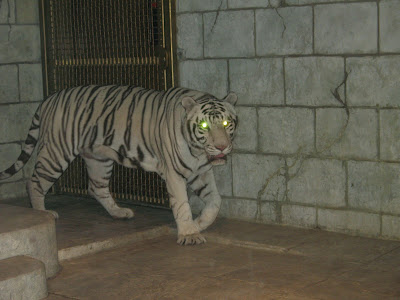 Sam is pondering the latest scientific discovery, oblivious to the fact that he is about to be attacked... 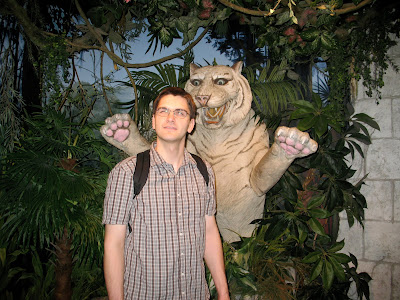 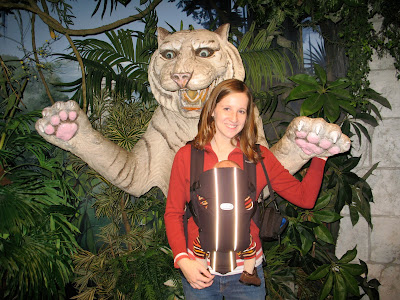 It was such a fun outing for us to go on. If you're ever in the Houston area, I highly recommend it!
Posted by Kaitlyn at 10:08 AM