Last Friday we went mini-golfing! I'm not quite ready to leave Talmage home with a babysitter yet, but we were long overdue for some time out of the house, so we packed up the stroller, and off we went!
Sam had a great strategy...he creamed me. But he was nice enough to teach me his tricks! :) 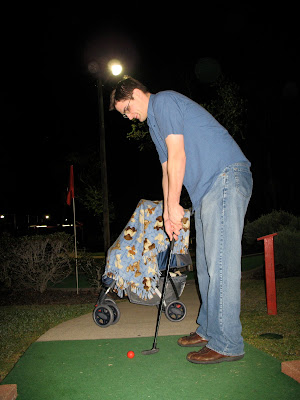 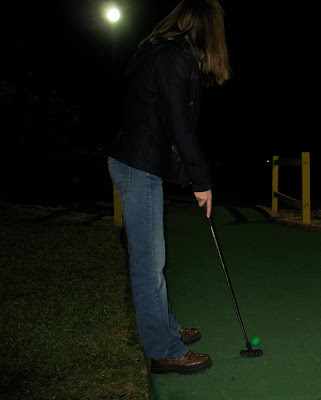 Doesn't he look like he is levitating in this picture? 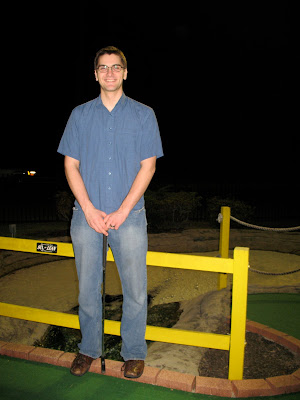 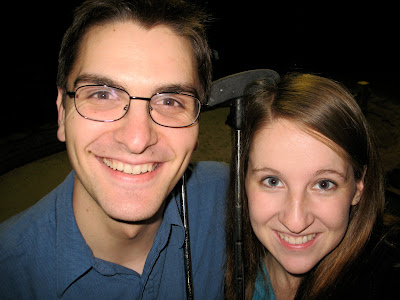 There were pretty palm trees and gurgling streams throughout the course. 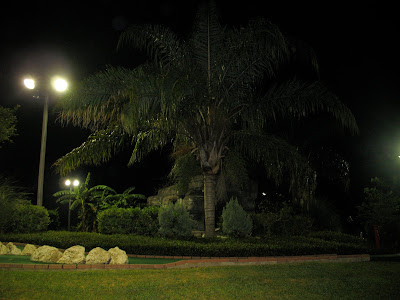 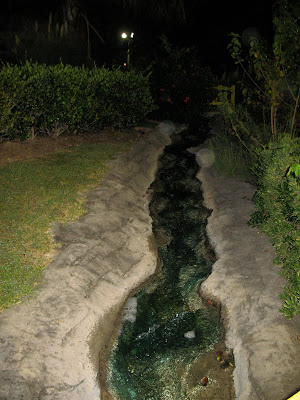 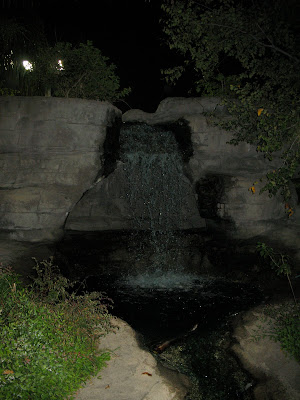 Talmage was an angel the entire time! 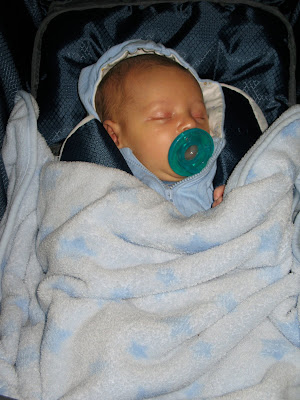 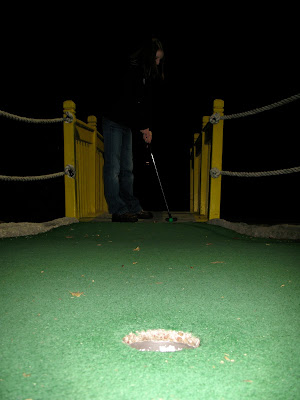 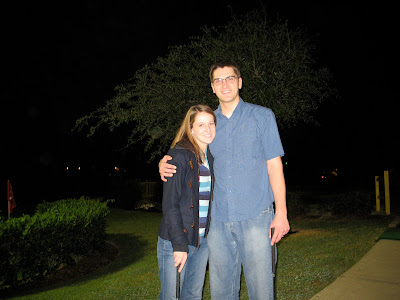 It was so nice for us to get out of the house and have some fun! 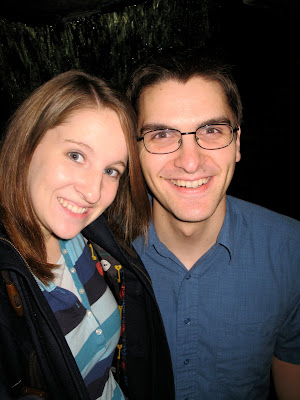 After we finished our game of mini-golf, we went to return our putters and there was a skee-ball game next to the desk. Sam challenged me to a game, so we asked the woman at the desk how much it was to play. She said it was one token, and you could buy four tokens for a dollar. So Sam asked for four tokens and handed her his card. She just looked at him like he was crazy and said, "A dollar?!" When he responded in the affirmative, she shook her head, gave his card back to him and said, "Here," and gave us the tokens for free. I guess she figured it wasn't worth the use of the cash register for that much! It was such a fun night.
Posted by Kaitlyn at 9:41 AM