Our Time in Tucson

It was so nice of Dan and Amanda to let us stay with them in Tucson! They planned some really fun activities for us to do with them.
The first day, we went on a tram ride up a mountain and enjoyed seeing and learning about some desert wildlife. I was amazed by all of the cacti! 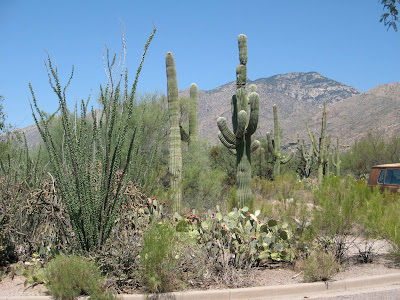 See all of the green lines on the mountains in this picture? Those are all suaro cacti (spelling?). It took me a while to learn that they are not saguaro cacti...Sam kept letting me say it that way because he thought it was funny. 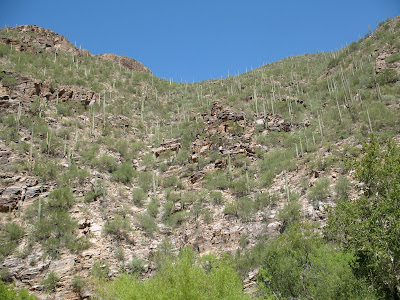 Dan and Amanda on the tram! 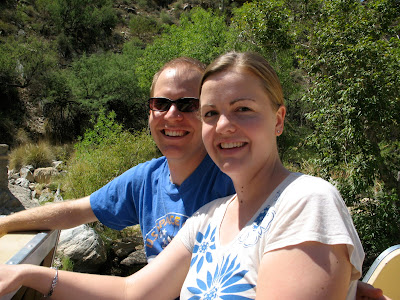 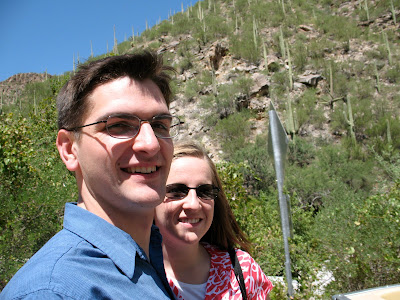 We stopped at a fun little pond with a little waterfall. We played in the water, and these little fish were so funny! They would come up and nibble on your feet, which felt extremely ticklish! 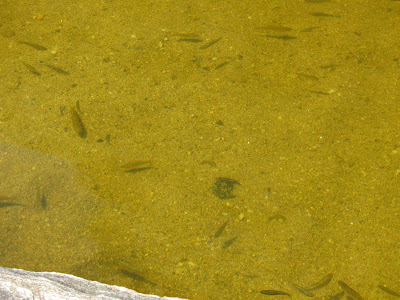 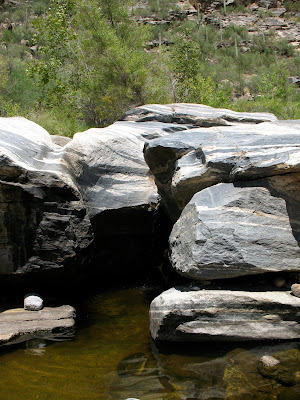 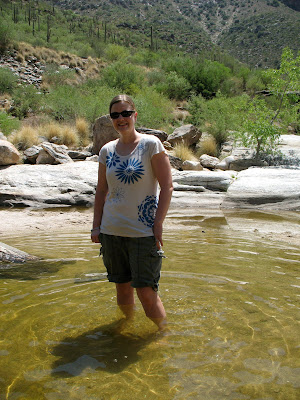 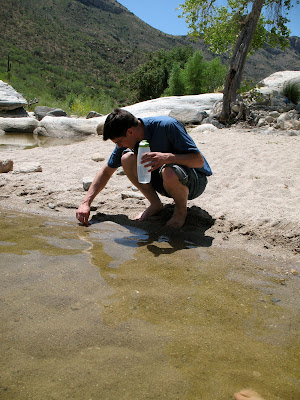 I found out about one of Sam's hidden talents...skipping rocks! 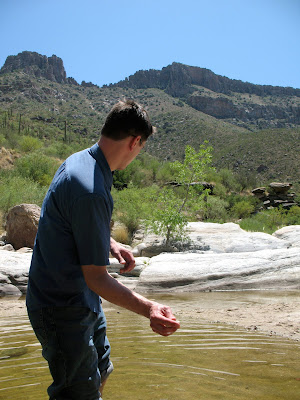 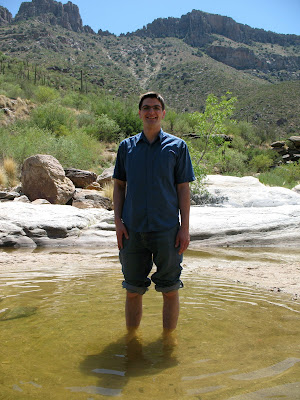 I'm looking rather pregnant in this one. 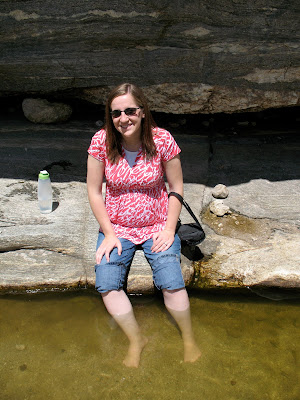 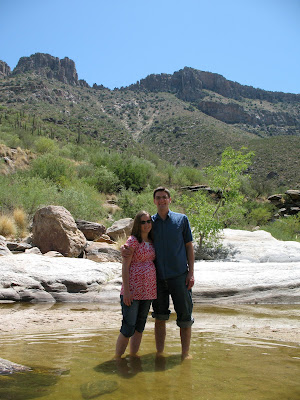 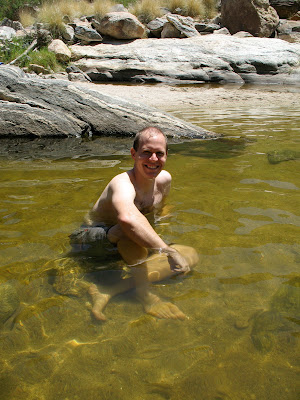 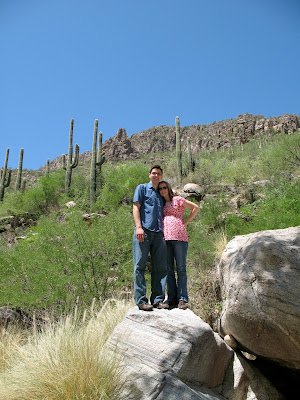 The prickly pear cacti were so neat! Apparently you can actually buy prickly pear jelly and candies and things like that. 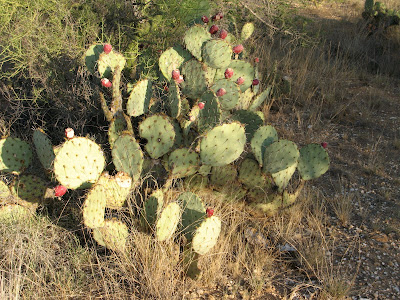 That night we went on another little hike. While we were hiking, an oncoming hiker warned us that there was a rattlesnake on the trail ahead! The others were pretty nonchalant about it, but I was frantically scanning the trail ahead. Somehow, I knew that if there was a rattlesnake, I would have an encounter with it. Thankfully it moved before I caught sight of it.
A shadow picture! 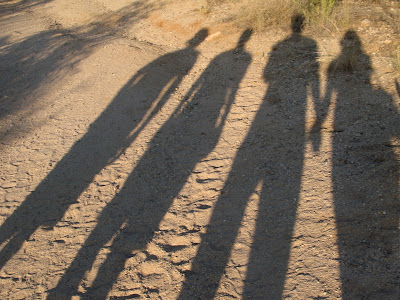 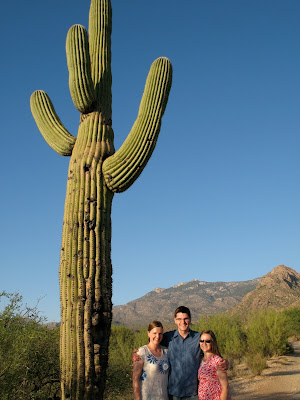 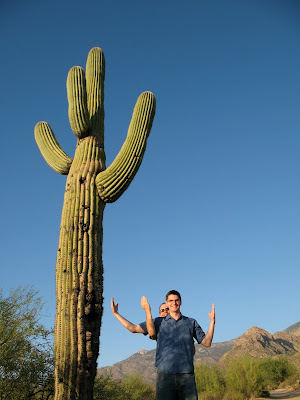 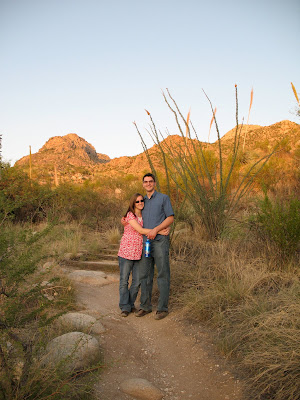 The next day, we drove up to the top of a mountain to see the different in climate and surroundings! This looked much more like the mountains we are used to seeing in Utah, and the weather was significantly cooler up here. We enjoyed a picnic and walked around a little bit. 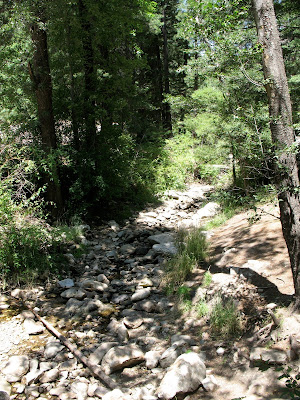 The two colored specks near the top of the picture are Dan and Sam. They climbed up to the top of a big rock gathering! 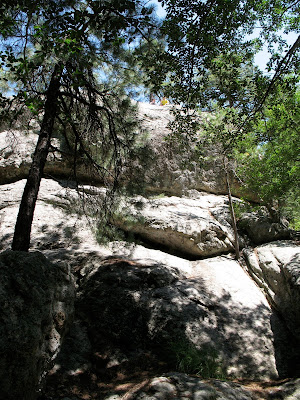 Close-up...sorry to cover your face, Dan! 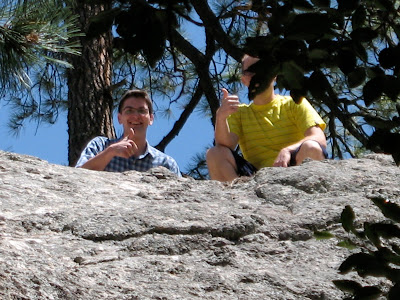 Remnants of fires were quite common, as you can see in the background of this picture. 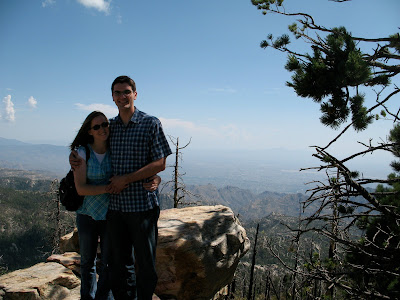 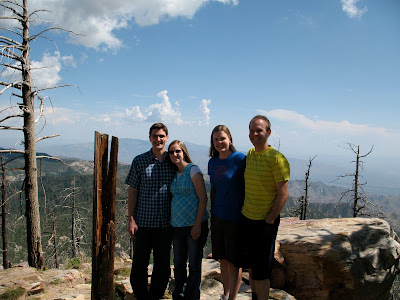 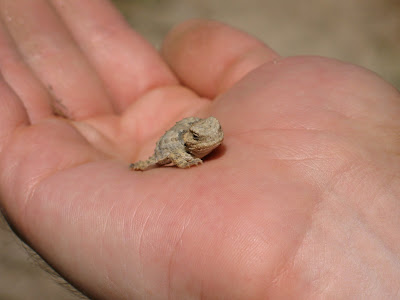 It was so nice to be able to stay with them and take a fun vacation in the midst of our move. Thanks, Dan and Amanda!
Posted by Kaitlyn at 2:04 PM