Our honeymoon was very kind to our wallets! My dad's company had a basement apartment they were renting out in Eastern Utah, so they let us use it! It was nice to just go and relax there.
It was absolutely FREEZING out there! Sam had a good time taking pictures of me after he stacked about every blanket we had on me. 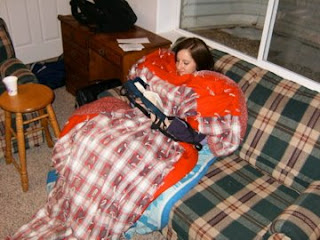 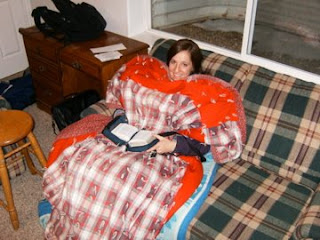 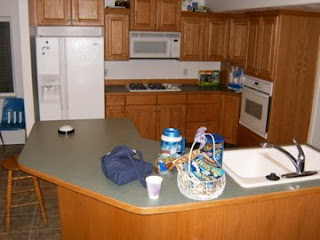 And here's the living room. 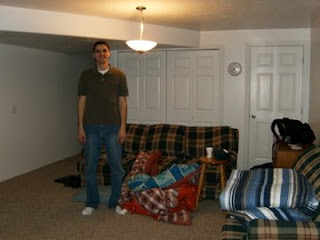 We got to go to the Vernal temple while we were there! Here is Sam in front of the doors. 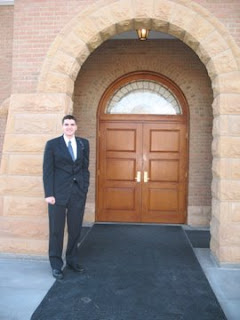 Then we put the camera on timer, but the only place we could put it was on the ground. Hence the somewhat awkward and unflattering angle... 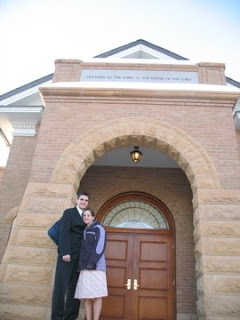 We had such a great time! Even though it was nothing extravagant, it was nice to get out of Provo for a while and just be together.


When we got home, we went to the place where Sam's car was waiting to be repaired, because my wedding band was locked inside! The only problem was, it was New Year's Day, so they were closed. Since they were up in Salt Lake and we live in Provo, we didn't want to leave without the ring...

No problem! I'll just break in! 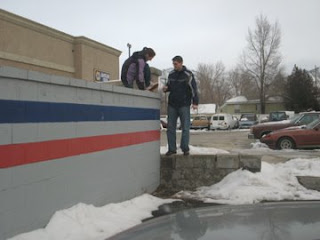 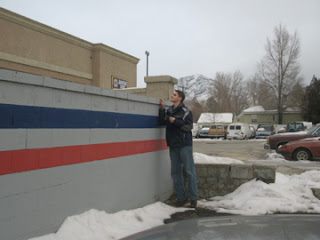 And then he carried me back to the car. Meanwhile, my dad snapped pictures of us. 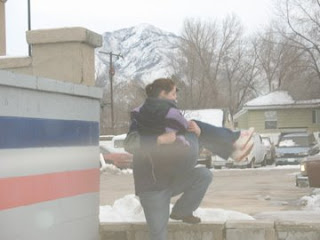 I'm glad we made it through that one without setting off any alarms or anything!
Posted by Kaitlyn at 8:05 PM