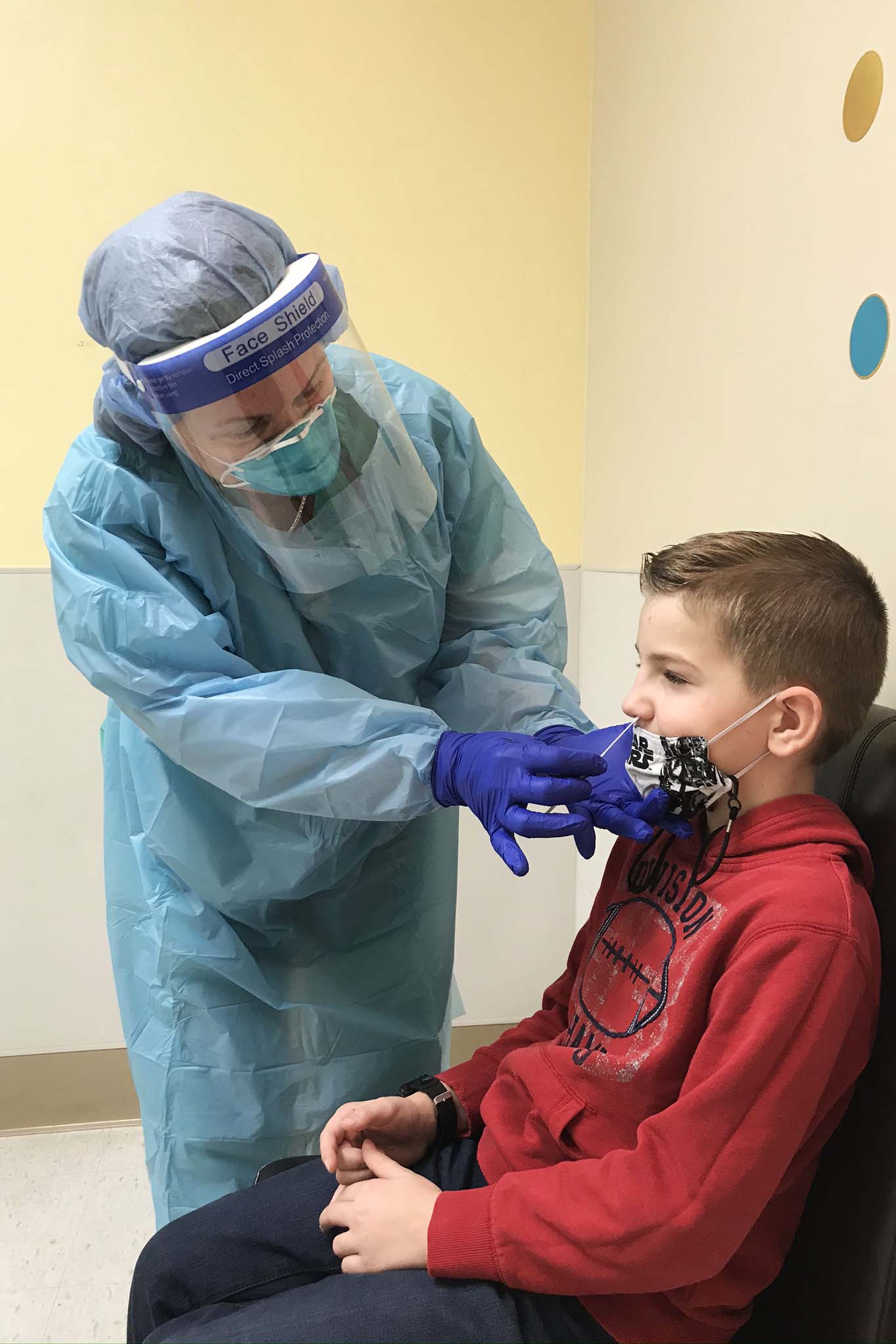 Poor Wesley.
We are still working on the saga of his chronic cough and congestion.
After learning this past March that his symptoms were not due to allergies, as we had previously thought, we kind of set things on the back burner.
But as school was starting and his cough was escalating, I knew we needed to dig deeper to see what was going on and to let his teacher at school know that we were working on finding a solution. This is not the ideal time for a student to have a chronic cough at school!
The pediatrician referred us to an ENT, and the ENT took initial x-rays, diagnosed him with a sinus infection, and put him on a cocktail of three different medications for a month to see if it cleared up and whether or not it addressed the constant coughing. Although the medications cleared up about 93% of cases, Wesley was unfortunately in the 7% that had no improvement after a month. His follow-up CT scan showed that his adenoids were enlarged and he still had a sinus infection on both sides.
The ENT called and explained that he recommended his adenoids be removed, as they were the likely cause of his constant congestion and coughing. He likened them to a sponge that is filled with bacteria and needs to be disposed of because it is no longer serving its purpose to clean things.
(Side note: Did you know that our adenoids start to shrink in adolescence and are completely gone by age 30?)
He said that removing the adenoids took care of the problem in 70% of the cases and there is another procedure that involves scraping out and widening the sinuses that would pretty much guarantee success.
He gave us the option of trying just the adenoid removal or doing both procedures at the same time while Wesley was asleep, but recommended we start with just the least invasive procedure (just adenoid removal), especially since we're about to have a baby and the other sinus procedure involved a bit more "homework" in terms of medications and follow-up work.
They were so kind to get us right on the schedule and surgery is scheduled for next Wednesday, assuming the baby doesn't come before then!
His pre-op COVID test was yesterday, and he was not a fan but he was a trooper.
Here's hoping this gives him some relief--on Thursday I actually had to pick him up from school because he was sneezing about once a minute! The poor boy has basically had a constant sinus infection for the past 4 years.
Posted by Kaitlyn at 3:43 PM