A Lost Wallet and the 4th of July Blues 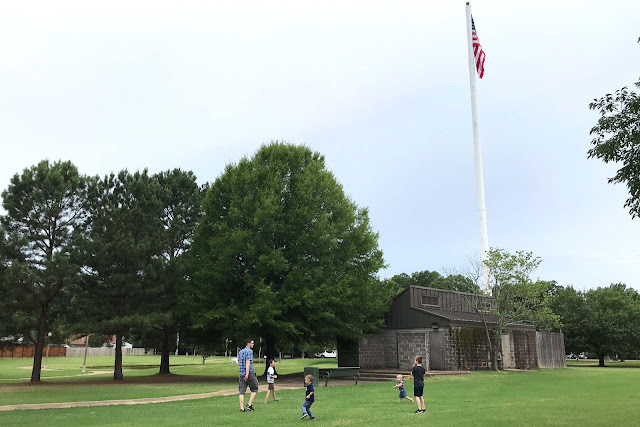 Last week we rode our bikes to the park, where Sam and the boys started playing football.
Lincoln's stomach was hurting badly and Benson was wandering, so I took the two of them over by the pond to swing on a porch swing set by its side.
As we were swinging, Benson got down and started to pick up what looked to me to be a folded up, super greasy map or paper of some kind.
"Yuck, don't touch it! Just leave it there!" I told him. The stained appearance made me disinclined to retrieve it and put it in the trash. Excuses, I know, but we left it there regardless.

That is, until Sam and the other boys eventually finished their game and came over to join us. Before I noticed anything, Talmage had picked up the paper and unfolded it, only to discover that it was actually some kind of paper wallet filled with cards, including a driver's license!
I was surprised and after we got back home, Sam drove to the address on the driver's license and delivered the wallet to the man it belonged to. He was very grateful, and hadn't even noticed he had lost it yet!
I'm glad Talmage found the wallet even after I stopped Benson from picking it up--and I'm especially glad we didn't pick it up and throw it in the trash!

We didn't do a whole lot for the 4th of July. It's actually one of my favorite holidays, and I have a specific agenda of what I think it ought to entail:
-patriotic clothing
-parade
-water play
-BBQ with lots of people that inculdes traditional foods, homemade rootbeer, and patriotic desserts
-neighborhood fireworks
-big city fireworks

I don't know why I have this agenda so strongly set in my mind. I grew up doing some of those things each year, but we seldom did all of it. This year COVID-19 had cancelled most of the fun celebrations and my energy level was pretty low to attempt to make up for it. I was feeling kind of down and missing our families. The big city fireworks are one of my favorite events of the year! We had a little BBQ for dinner and then we took some fireworks over to a widow's house (who Sam ministers to) to shoot them off and let the kids play with sparklers and poppers (carefully keeping everyone 6+ feet away from her, don't worry!). It ended up being more exciting than I anticipated, though, because her neighbors had invested a LOT of $$$ in huge fireworks that shot high into the sky with massive explosions. It wasn't quite the same as seeing city fireworks, but it lifted my spirits. Hopefully all this craziness has blown over by next year's 4th of July celebration! 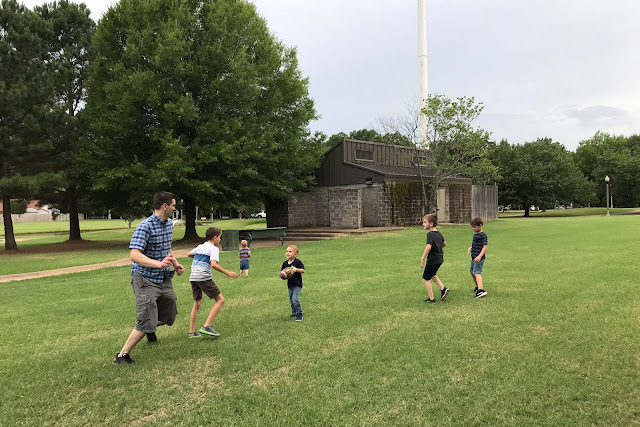