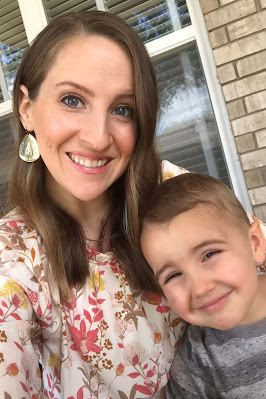 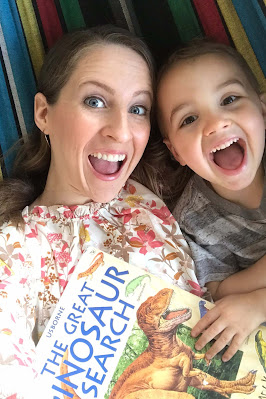 This week and last, the boys have been taking swimming lessons (hooray for the fact that we found someone teaching!).
This is Maxwell's first round of lessons ever, and he really hasn't been in the water too much in years past.
Add to that his introverted nature and his caution about trying new experiences,
and I wasn't at all sure how lessons would go.
I was surprised when he was a perfect angel for his first lesson and did everything the teacher asked without the slightest protest. He was laser-focused and kept practicing everything she showed him while he sat on the steps as she worked with his classmates.
So I was totally surprised when, the next day, he threw a huge fit and was completely terrified to get back in the water for his lesson. It was a miserable hour and he spent much of it sobbing.
The next day I came more prepared...I wore my swimsuit and got into the water with him when it was time for his lesson. I worked on skills with him as his teacher showed me what to do, but it was still a pretty rough 45 minutes.
So it was on to the next strategy to help him overcome his fear.
The next day I took him to Dollar Tree and we picked out a bunch of prizes to put in a gift bag he chose.
Each day he completes his swimming lesson without protest and does the things the teacher asks (with me by his side in the water), he gets to choose a prize out of the bag to keep.
I've been so proud of him as he has learned the skills and made so much progress over the last couple of lessons! Today he was putting his face in the water and swimming with little assistance like a champ at the end of his lesson!
He went down the slide about 15 times in a row with me at the bottom and didn't even protest if I let his face go under when I caught him.
Somehow, it is SO satisfying to me to see my kids overcome a fear.
I am constantly telling them that I never want them to not do something because of fear--if they choose not to do something, it should be out of wisdom. It's not being brave to do something foolish or really dangerous, but choosing not to do something relatively safe because of fear is something I never want them to do.
I want them to know they are in control of their fears and they shouldn't let fear control them.
And every time I see them succeed at something they were previously afraid of,
my heart absolutely sings.
Posted by Kaitlyn at 9:00 PM