Our sweet Maxwell had his golden birthday and turned 3 on the 3rd of August!
A few days before his birthday I started asking him what he wanted to do for his birthday, and I proposed several options I thought he might enjoy.
But he was adamant.
"NO! I want to have cake and open presents!"
So that's what we did. We stayed home and he had cake and opened presents. 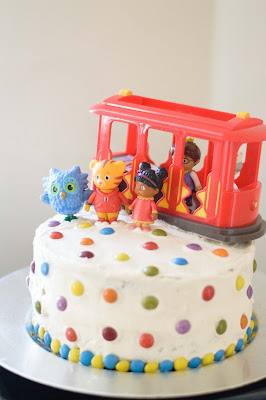 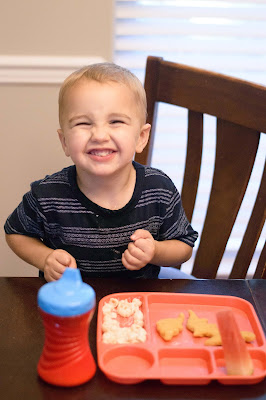 I should have measured the trolley I got him before I made the cake. When I went to put it on, I realized it barely fit and a larger cake would have been better suited to it! He obviously didn't mind, though, and after his birthday dinner of Dino-Buddies chicken nuggets, "bunny pasta" (Annie's shells & white cheddar), and watermelon, he was so excited to blow the candles out, dig into the cake and ice cream and, best of all, play with his new trolley! Daniel Tiger is a hit with 3-year-olds around our house! 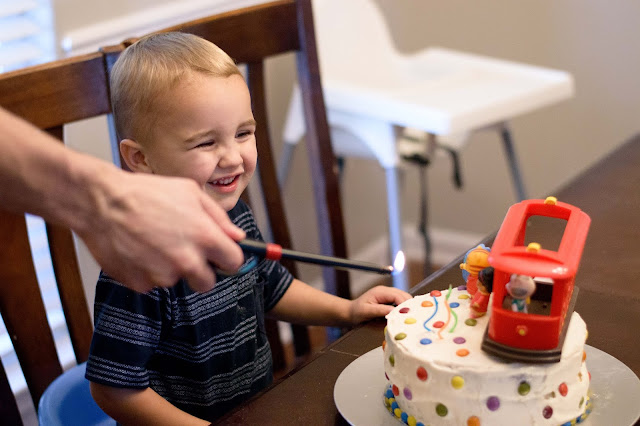 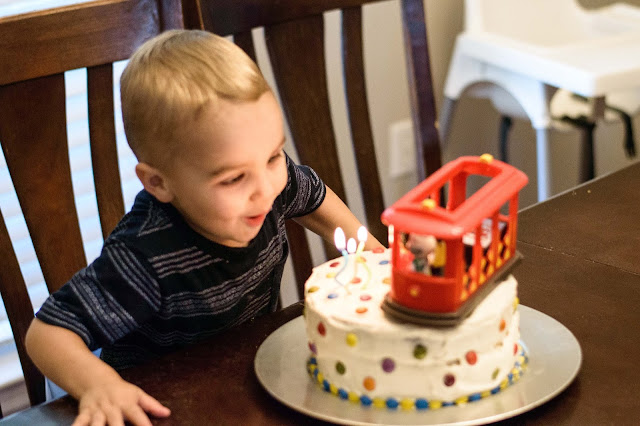 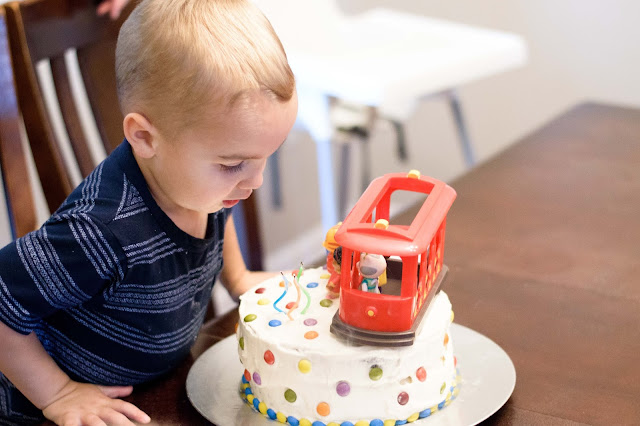 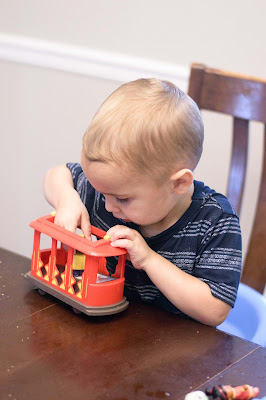 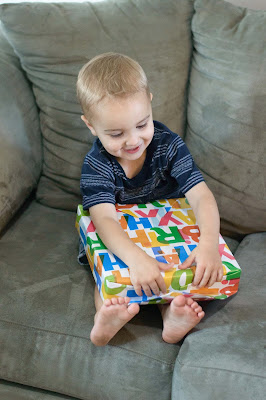 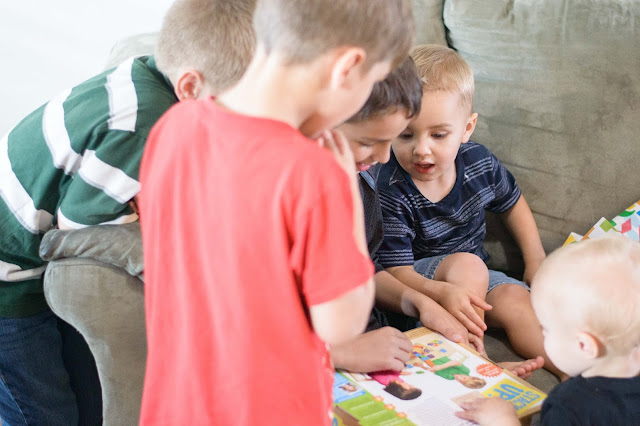 This is what present opening usually looks like at our house...barely room for the birthday boy to breathe and ten hands clamoring to grab the newly opened gift. 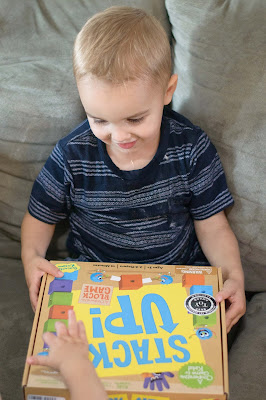 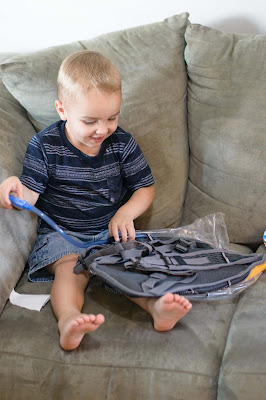 Have you heard of "Peaceable Kingdom" games? My friend told me about them, and I have been really impressed with this one! I plan to collect more for the older kids as well. The games are set up so the players work together cooperatively and play against a part of the game. (In this game, there is a hand that advances toward the tower you are working together to build and if it reaches it, it will knock it down.) This game also has several different adaptations available to make it suitable for kids as young as 2 years old while still allowing older players to play more to their skill level. And I've been really happy with the quality as well! If anyone is in the market for games for kids, I highly recommend Peaceable Kingdom games. They can be found on Amazon.

He was also really excited about his new hydration pack. When we go out on longer bike rides, we all share mine and the water disappears way too quickly! Maxwell felt so big to have one of his own. 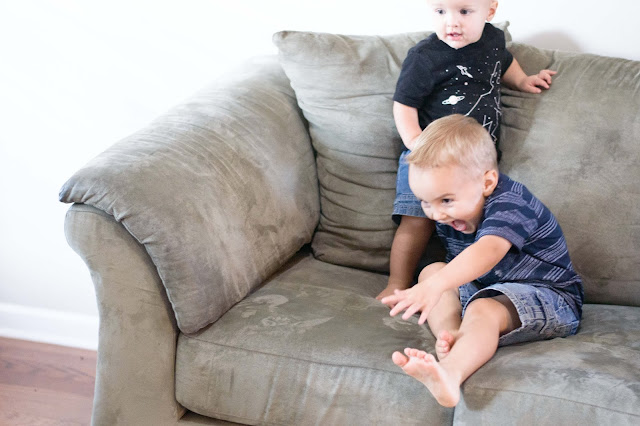 And this is what happened when his brothers brought his new plasma car down the stairs! 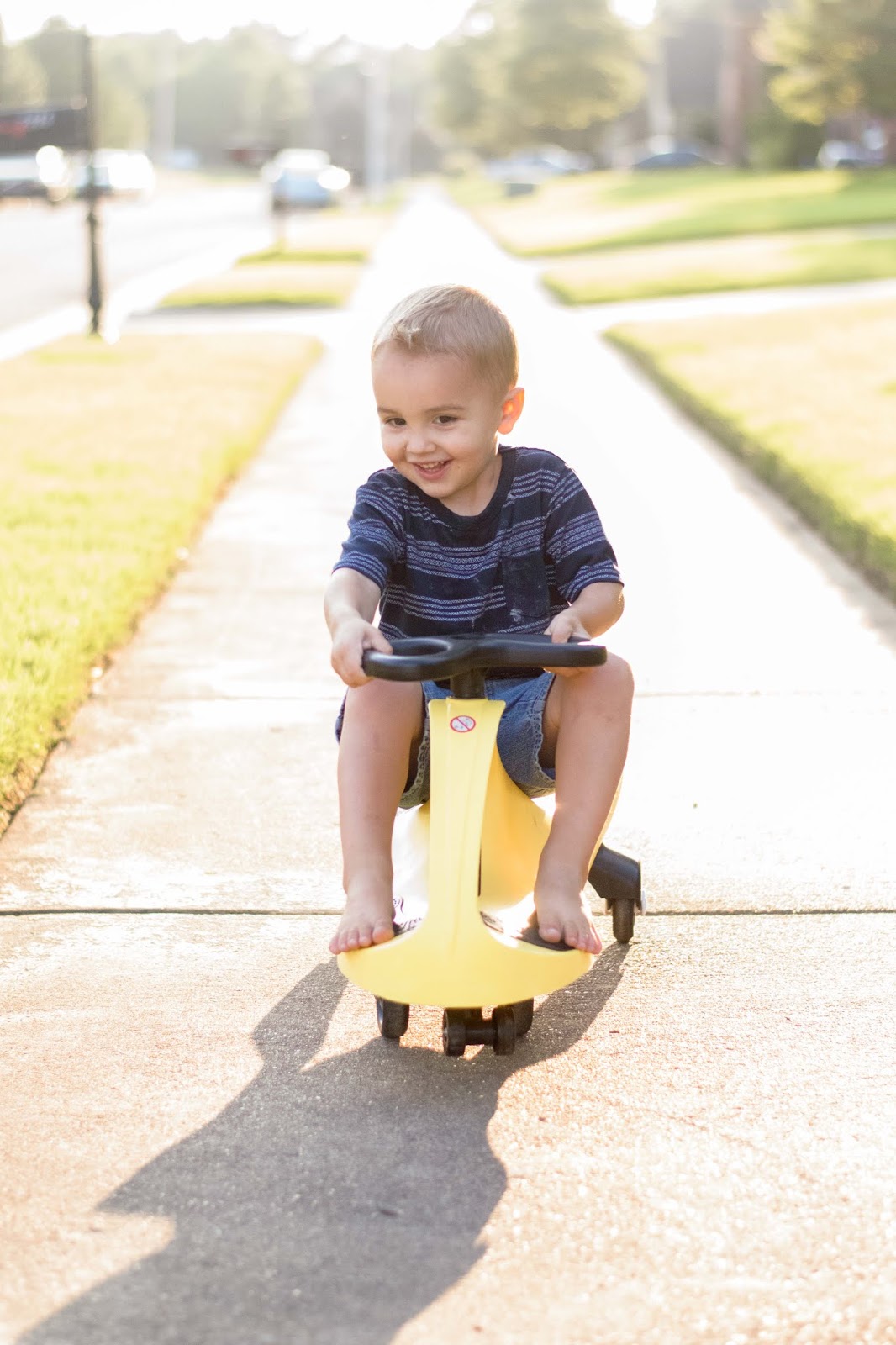 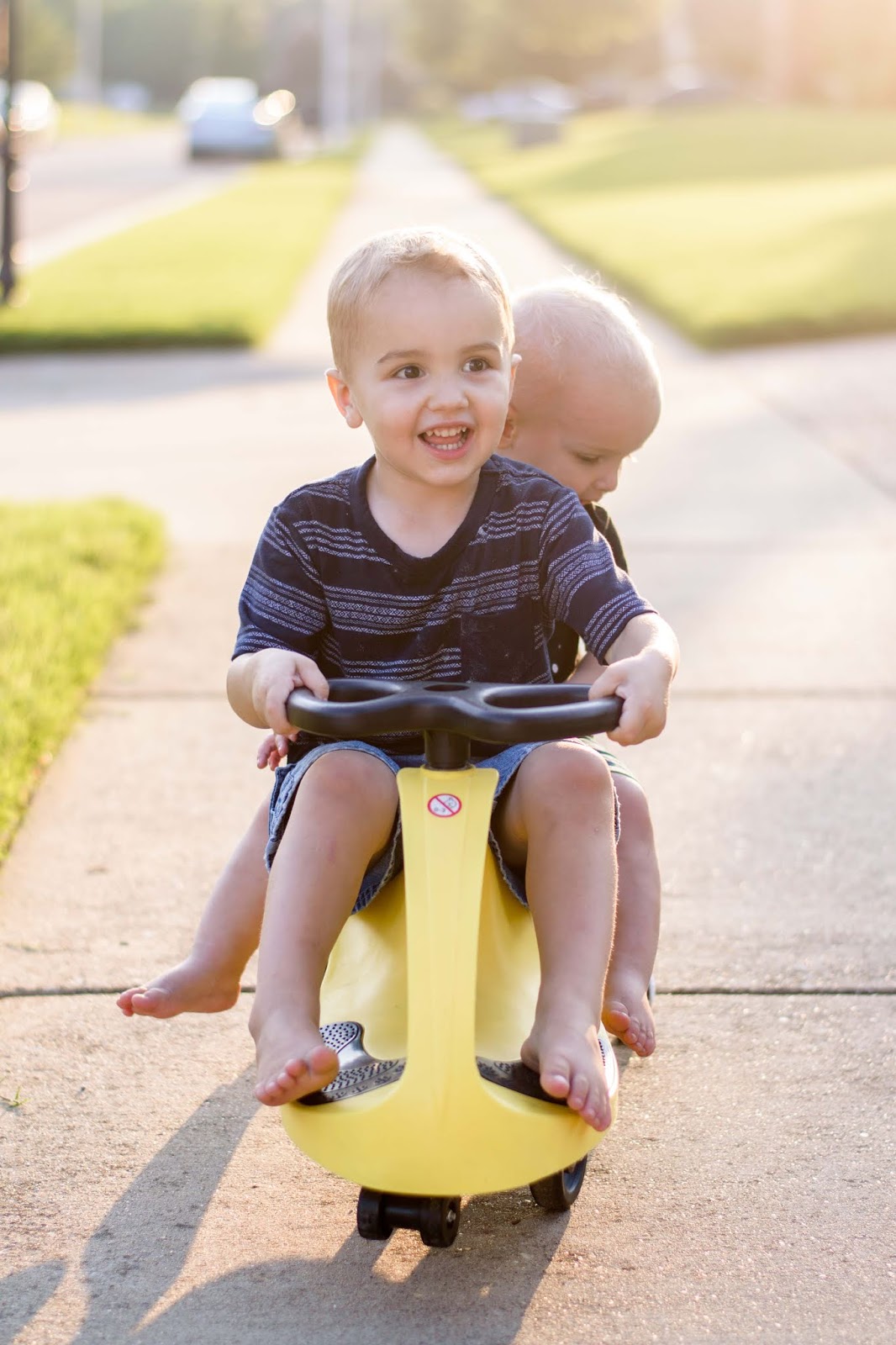 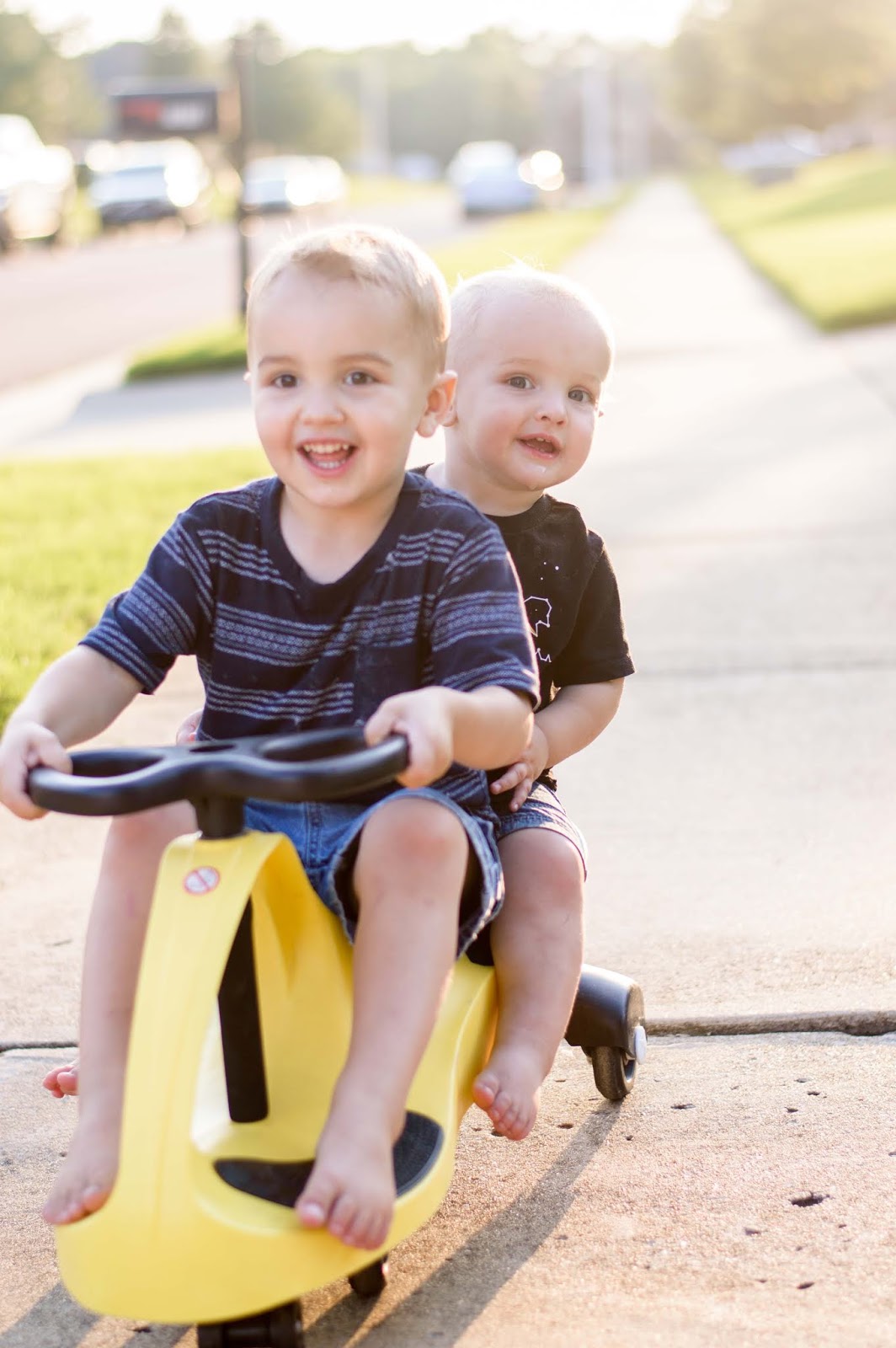 It was such a lovely, calm, happy birthday for our Maxwell boy.
Thanks to his grandparents for their kind gifts, as well!
Our boys are blessed to have so many who love them.
Posted by Kaitlyn at 12:08 PM