We had various conflicts throughout the week with meetings, Scouts, and other activities,
so we decided to celebrate Benson's birthday on Saturday.
We kept things pretty simple with a few presents and some cake,
but he was excited and so darling to watch!

My mom sent him a little hedgehog with little pegs that go into holes all over its back.
Benson was so intent on getting the pegs in the holes and would give us the cheesiest smiles when he would get one in!
The older boys call the hedgehog an "ouch mouse," which Talmage apparently saw on a T-Shirt.
They think they're hilarious, and I do, too!

We gave him pretty simple gifts like a ball, a toothbrush, and a new fork and spoon.
His main gift from us was a little backpack full of musical instruments (from Amazon).
All the boys were super into it!
Benson loves music, so I fully expected him to shake the maracas and bells and dance,
but the instruments actually had really good sound quality and all the boys had a great time playing! 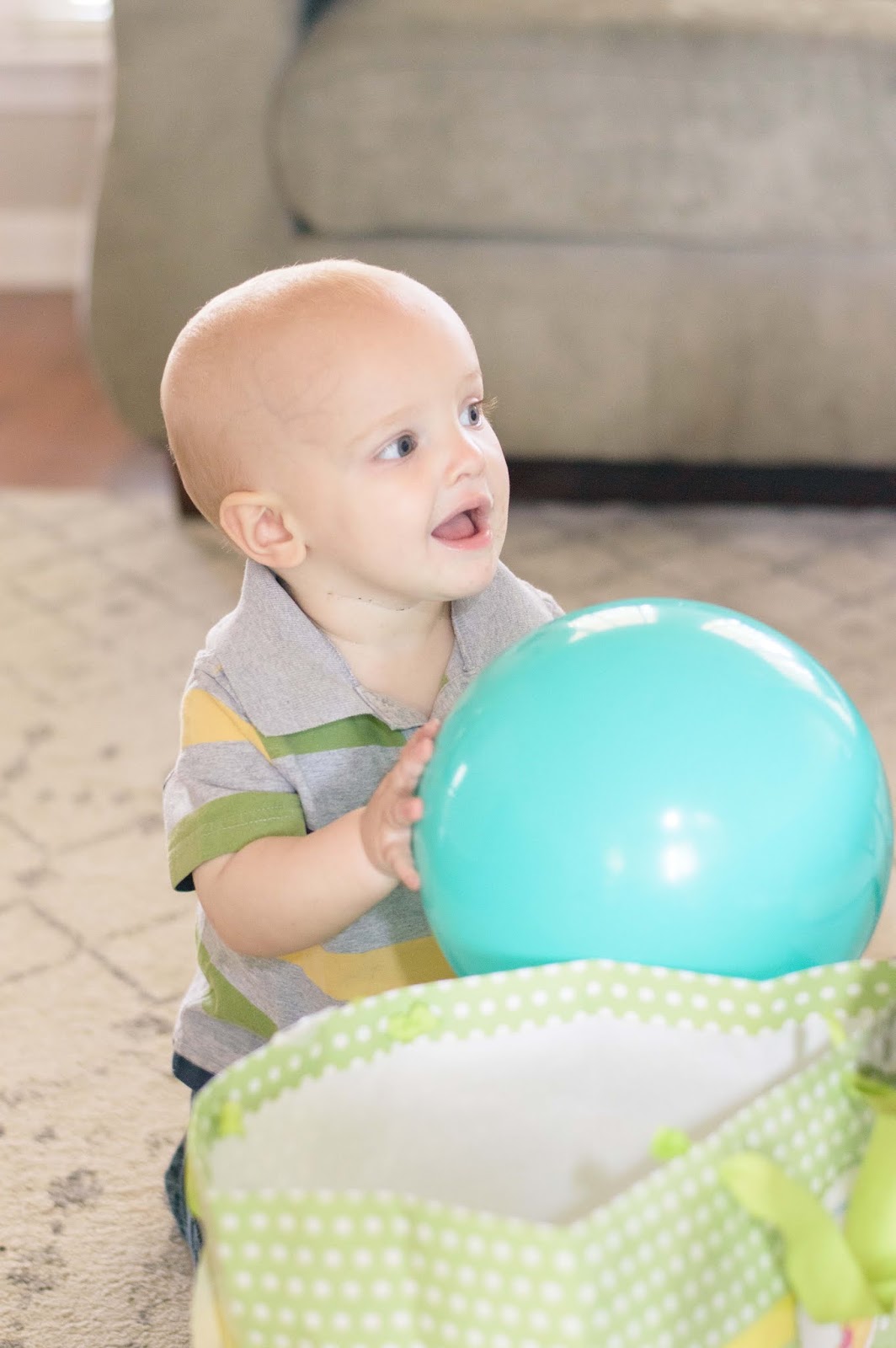 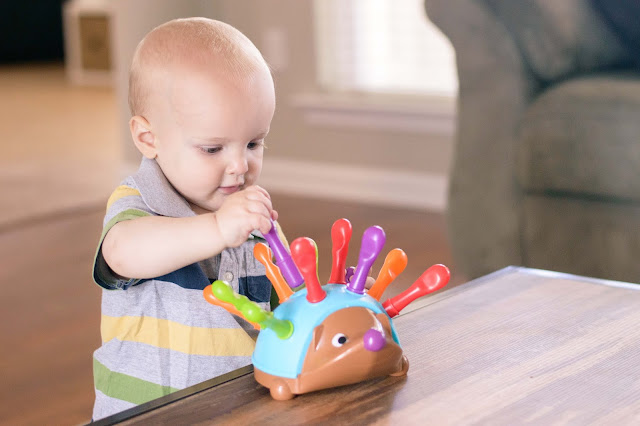 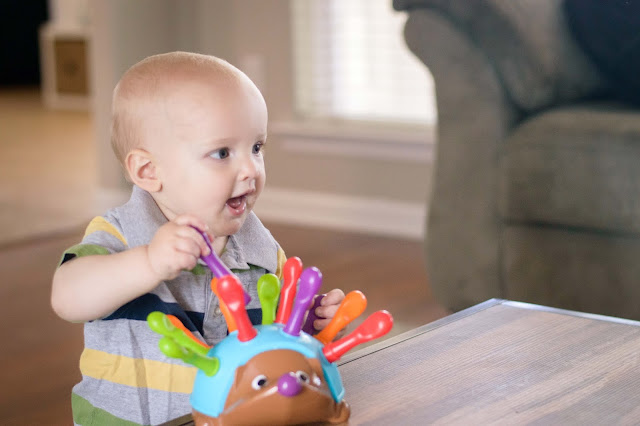 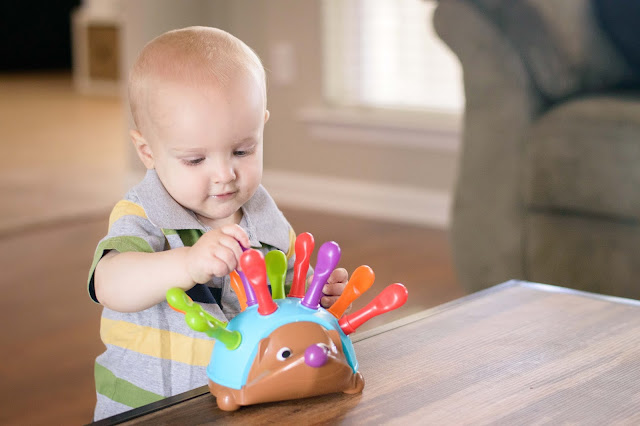 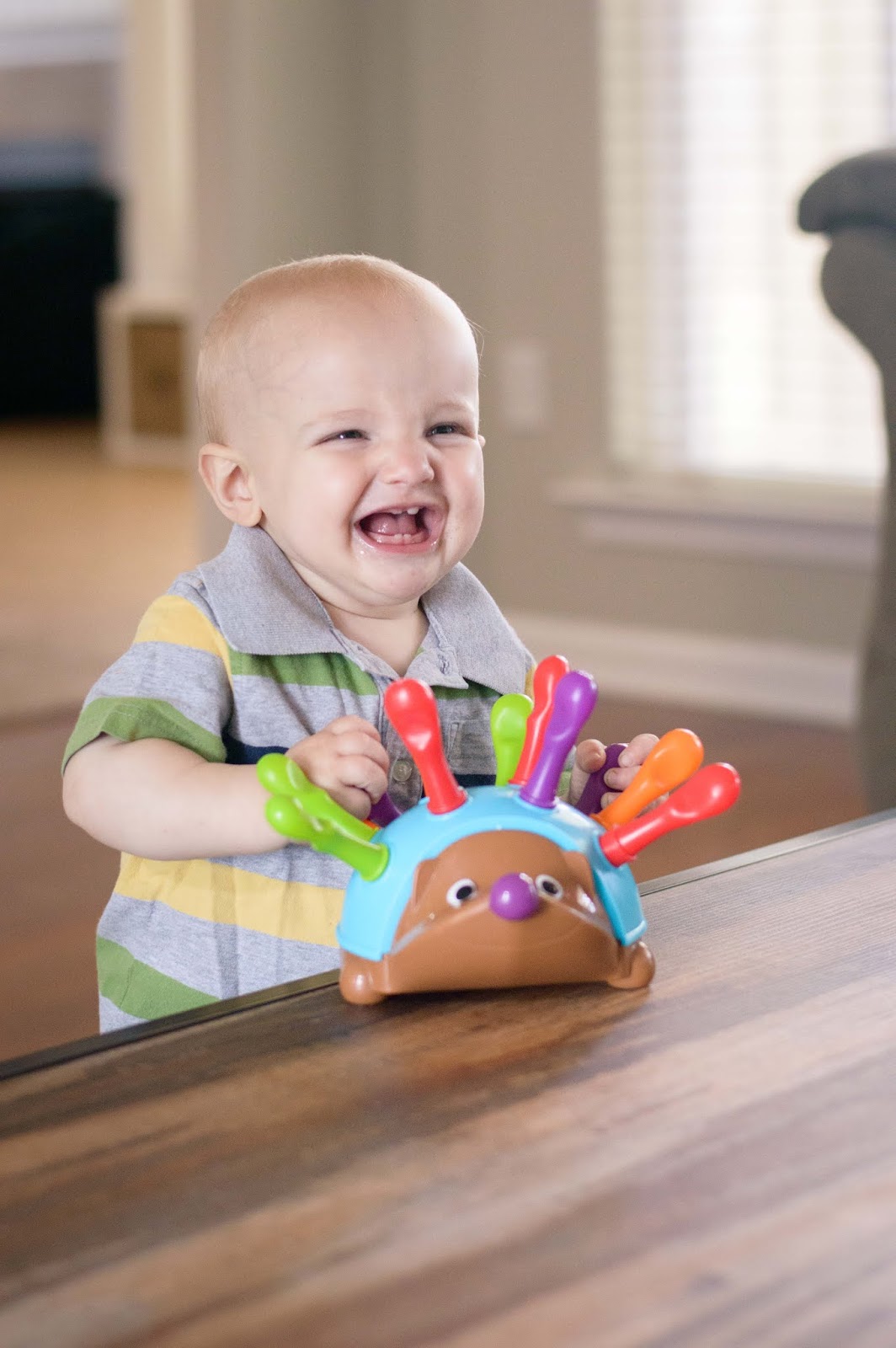 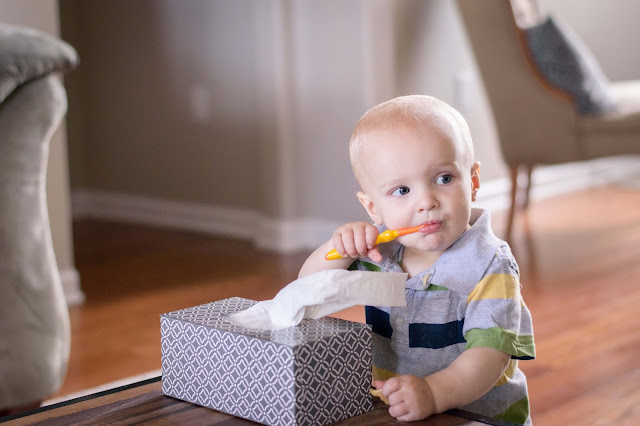 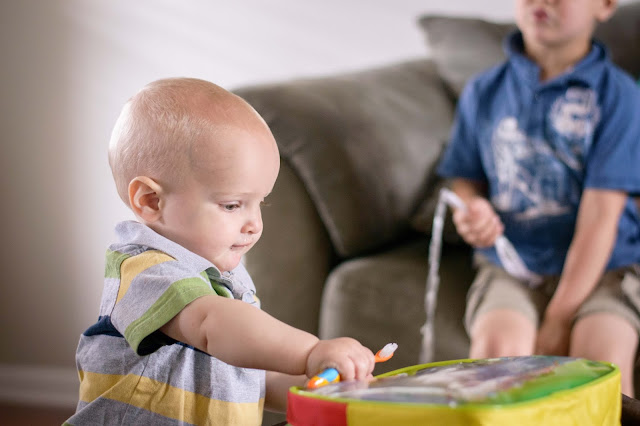 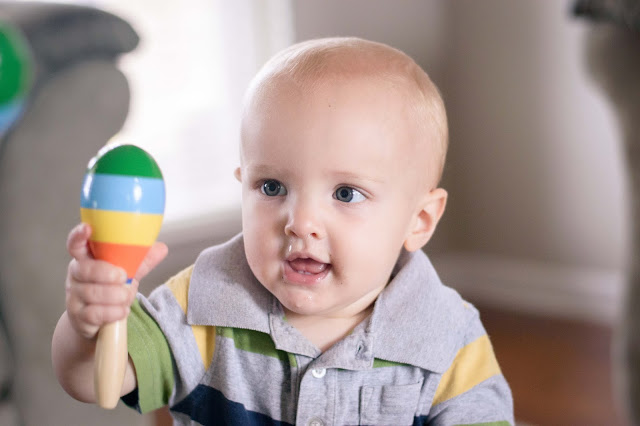 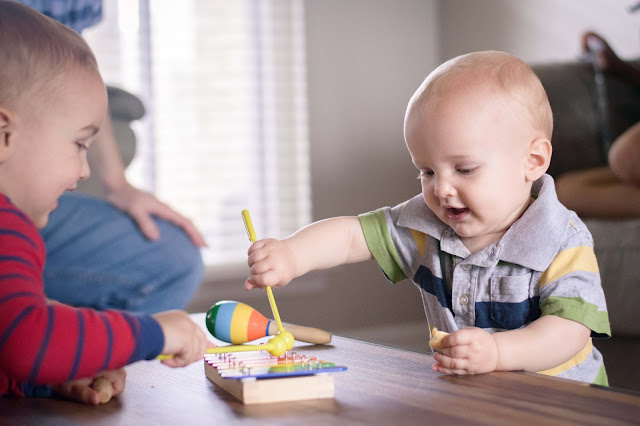 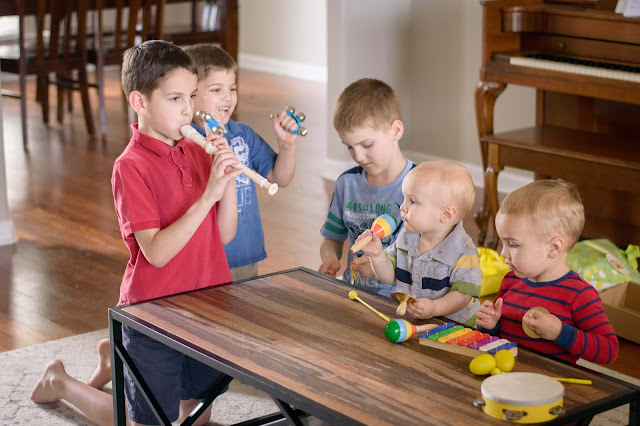 After presents, we let him dig into his cake.
Sam is convinced that our boys have been very "selective" eaters beginning at age 1 due to introducing too much sugar too early, but I was set on having the traditional smash cake.
So I found a recipe that used sweet potato and avocado and real maple syrup and whipped up a semi-healthful cake.
It actually tasted a lot better than I expected, but Benson HATES sticky things.
He spent most of the time trying to shake it off his hands and nibbled on it just enough to get some good pictures.
When he began putting gobs of frosting into his ear, we knew it was time for the tub. 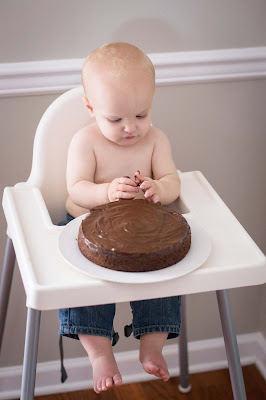 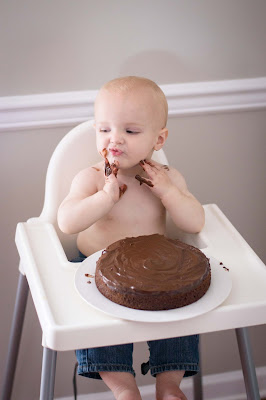 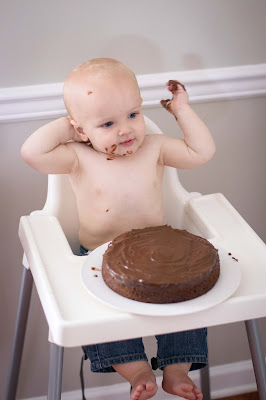 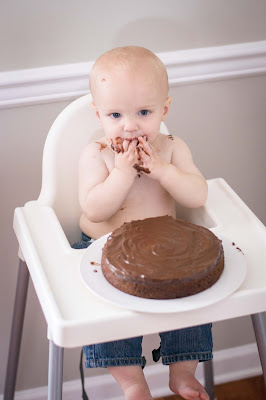 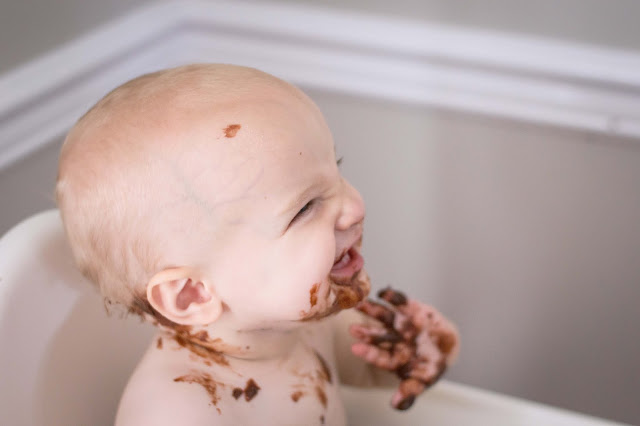 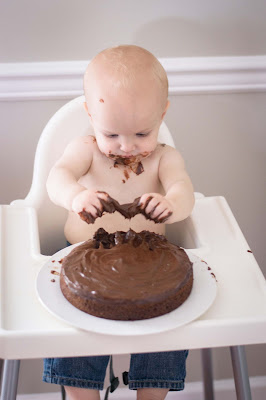 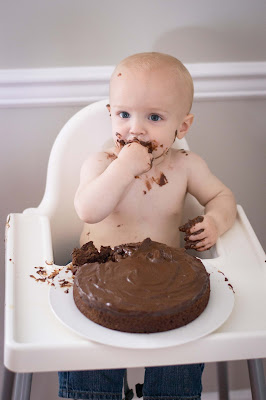 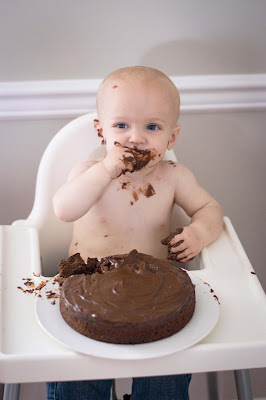 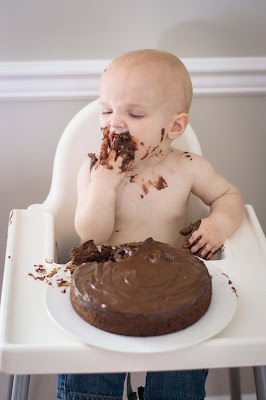 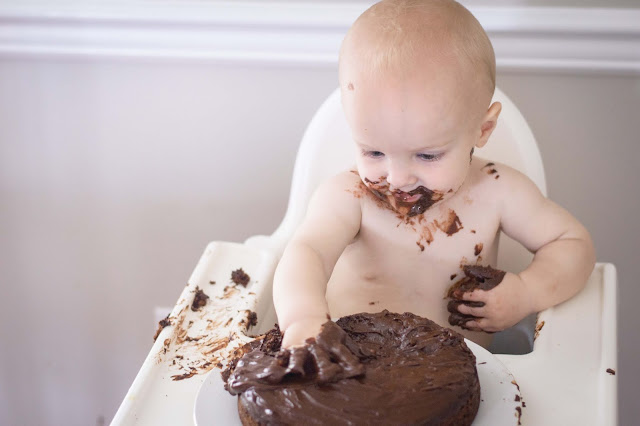 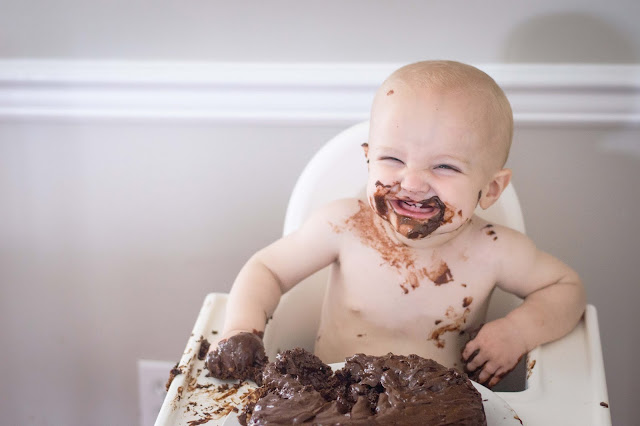 That last picture shows off his gremlin smile pretty well.
He has gotten into giving us that part cheesy/part evil smile lately and I bust up laughing almost every time! That nose scrunch just gets me!

Happy ONE YEAR, Benson Boy!
Posted by Kaitlyn at 7:56 PM