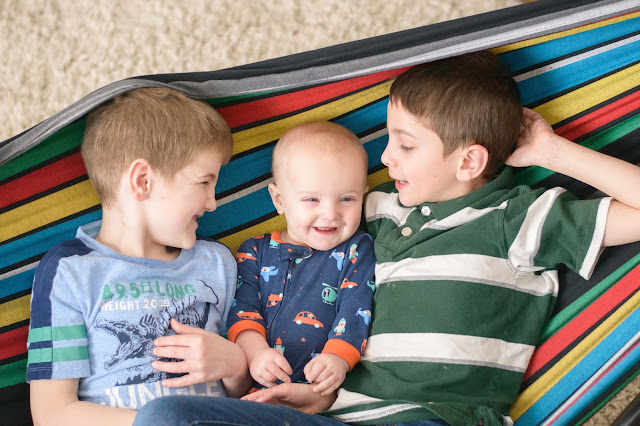 Sam is a big fan of Stephen Covey.
In fact, I think he's read every book Stephen Covey ever wrote.
He mostly read these books during his grad school years and would often share little bits of insight from his readings. I usually didn't think much of it because I thought a) Covey's ideas were somewhat obvious and b) he had become really wealthy simply by teaching the world Gospel principles.
Additionally, I thought the ideas had little application to motherhood because it seemed his approach to a balanced life was very "compartmentalized." It seemed to me to be a lot easier for a working father to compartmentalize a day than for a stay-at-home mom because of the unpredictable nature of life with children.
Once Sam told me a story of a man who had gotten his wife on board with Covey principles even after she had thought they were nonsense, calling them "that Lovey-Dovey-Covey business."
So it's become a running joke between us.

But a while back, I had Sam choose a "book club" book for me to read (we take turns choosing a book for the other to read that they wouldn't normally choose themselves) and he chose The 7 Habits of Highly Effective People, by Stephen Covey.
As I've been reading it, I have still had moments of my previous eye-rolling tendencies, but I've actually been surprised as I've been profoundly influenced by some of the principles.
My mentality has been changed for the better and I've felt less susceptible to emotional responses to situations, more grounded in my decisions, and more in control of myself.

Yesterday Talmage was really frustrated by something Lincoln was doing and I found myself teaching him about his circle of concern vs. his circle of influence and where he should put his focus.
"Look what you've created!" I thought toward Sam.

Later that night Talmage commented that he had a lot of grades of school left.
"Lots of good opportunities and experiences!" I said, trying to put a positive spin on it.
"Of course, there will be hard times too, but that's part of life," I said.
"Those parts won't be good," he said.
"Well, it depends on what you make of it--you get to choose," I replied.
"Yeah, because that's in my circle of influence," he concluded.

Looks like I'm eating my words from yesteryear.
Lovey-Dovey-Covey, indeed.
Posted by Kaitlyn at 8:40 AM