A Year in Tennessee 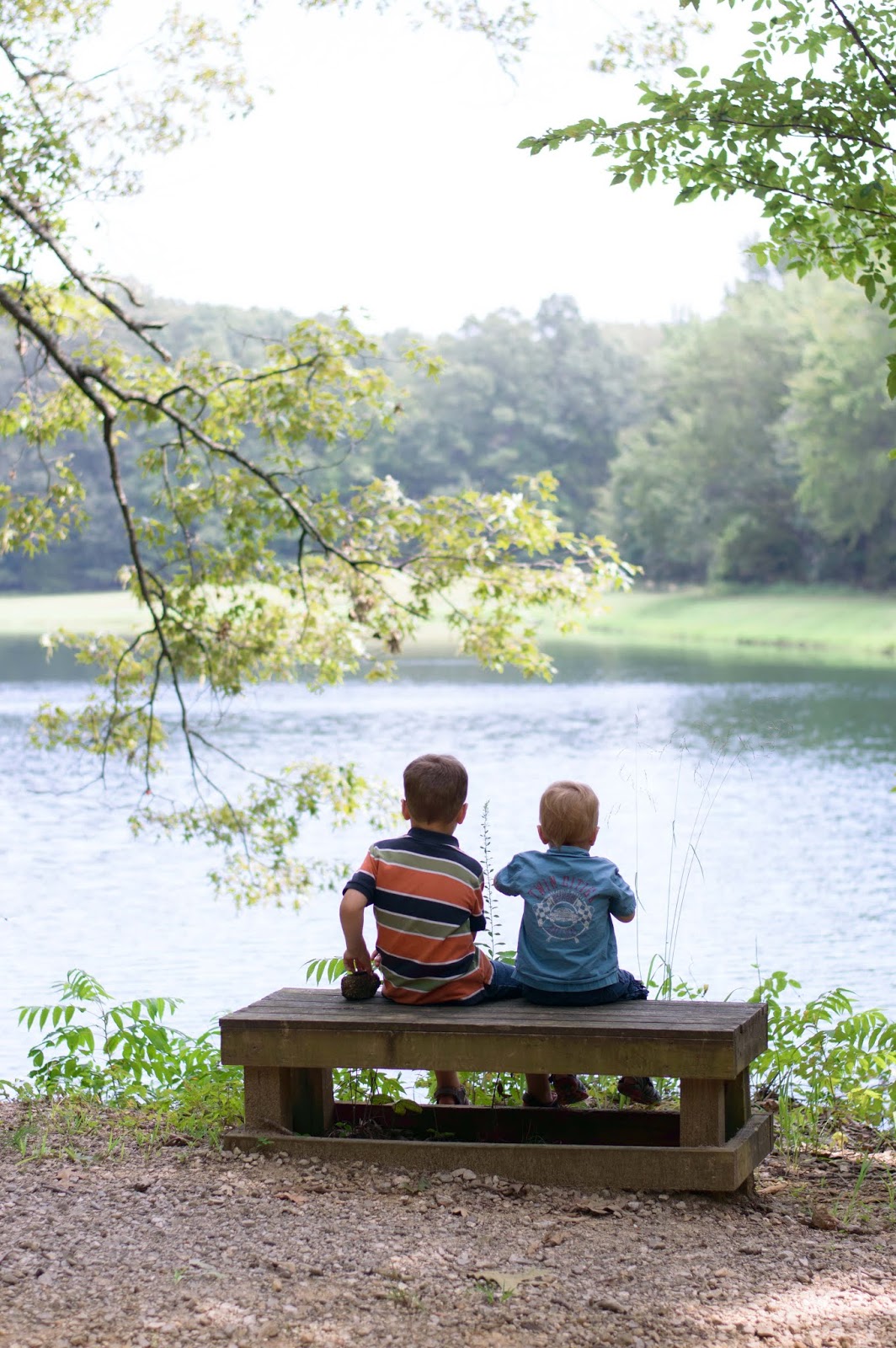 November 25 marked 1 year here in Tennessee for our family.
And what a year it's been! Benson was born, Sam is loving his job and having amazing opportunities, and the boys are thriving after a somewhat challenging transition.
I asked the older boys what their favorite thing about living in Tennessee is, and this is what they said:
Talmage: "The people are very welcoming and kind, even if they don't know us."
Wesley: "I like school friends and I like our house."
Lincoln: "I have made new friends."
Then I asked them what they miss most about Utah, and the answer was unanimous: FAMILY.

There are a lot of things I miss about Utah.
Like:
cool Summer nights (one of the most magical things)
hiking and camping in the beautiful mountains
the greatest snow on Earth
so many family-friendly activities and facilities
soft, luscious, green grass (one of the most underrated things about Utah)
and obviously our family.

BUT
there are so many things I love about living here!
Like:
fireflies in the Summer
Bluebell ice cream
delightful accents
charming houses and welcoming front porches
beautiful forests
cotton fields
good manners
and that good ol' Southern hospitality.

I wanted to record a few experiences we've had since moving here that have really demonstrated the way people here have welcomed us with open arms.

Right after we moved here, Talmage shared his testimony in Sacrament Meeting and mentioned how hard it was for him to leave his family but how I had told him that our new ward would be like a family to him. He said he knew that "men are that they might have joy" and that Heavenly Father will help us through our challenges. After Church, someone in the ward posted the following on the ward's Facebook page:

"Today's testimony meeting was so moving. I especially was touched by the precious little boy that spoke about how sad he was and how he missed his family but how his mom said his new ward could be like family. I don't know this sweet boy but I wanted to find him afterwards and squeeze the stuffings out of him. I wanted to tell him that I knew just how he felt all those years ago when I moved to Memphis and that sometimes I missed my family so much it hurt. I wanted to tell him to always listen to his mommy because she is so very smart and she loves him more than anyone on this earth ever will. I wanted to tell him that there are lots of us that will love him and be his substitute family while he's away from his family. I wanted to tell him that me and [my husband] have a train that he can ride on! I wanted to tell him all these things but he doesn't know me and I didn't want to frighten the poor boy. But it is my intention to meet him and shake his hand and hug his mother for raising such a tender soul.

A few weeks later, we were walking around our neighborhood, delivering homemade chocolates for Christmas with the hope of meeting some of our neighbors in our quiet neighborhood. We knocked on one door and learned that they were just beginning a party for their son's pre-school friends and they wondered if we wanted to join them. I was hesitant about crashing the party of people we had just met with our four busy boys, but Sam thought it would be a good thing, so we came in and the boys began decorating cookies and playing while we chatted with our new neighbors (and learned that the dad of the family had worked with my uncle!). After a while, Santa showed up and beautiful presents had magically appeared for each of our boys--a cute stuffed dog for Maxwell, a remote control car for Lincoln, a color-changing bike light for Wesley, a miniature drum set for Talmage.
I was stunned. How had these kind people arranged things so perfectly and reached out so selflessly?

Kindness continued as we met more neighbors and got to know more friends, especially from our church congregation. We were touched as we were given treats, invited to dinners and fun activities, and served--especially as Benson was born. And just about everywhere we went, people commented on the boys and struck up conversations with us.

A few months ago we had an experience in the grocery store and I wrote about it on social media:

"Today I got in line at the grocery store and, as often happens, the woman in front of me commented on my boys. Soon she was telling me what it's like to have a daughter-in-law and coaching my 5-year-old on how he needs to make sure to pull my chair out for me when I sit down. As she finished checking out, she handed him a 10-dollar bill and told him to pick out treats for himself and all his brothers. He was totally thrilled and his smile spread from ear to ear as he dropped the leftover money into the Salvation Army bucket. The whole store suddenly seemed to be filled with Christmas cheer as observers commented on the kindness. She went quietly on her way and I felt like I had a new friend although I didn't even know her name."

Although we still have moments of sadness and times we wish we could be with our family, we love it here in Tennessee and are so grateful for the opportunities we've had over the past year. There's no question we all consider it "home" now, and truly Home Sweet Home it is.
Posted by Kaitlyn at 6:17 AM