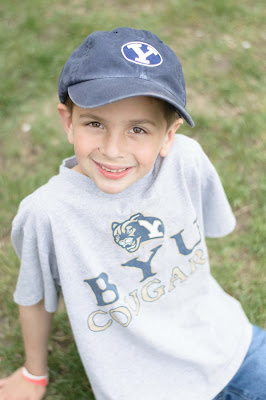 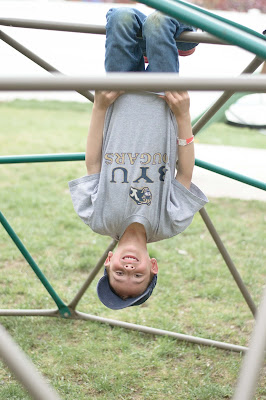 This boy...
he's just getting so big.
I find myself asking him what the date is when I've forgotten,
he is constantly spouting off facts from the latest non-fiction book he's read,
he plays with fidget spinners and kendamas,
and he is a pro at mental math.

I love that friendship still knows no boundaries to him...
he frequently plays with kids several grades older than him at recess,
and he has no qualms about playing with girls.
The other day a group of neighborhood kids knocked on the door
(mostly girls older than him),
and gave him a slug they had found because they knew he would love it.
It's still hard for me at times to feel so disconnected from the majority of his day,
but I gain a lot of insight from the little snippets he shares with me.

Today he was a little upset about some challenges with friends.
We talked about how he felt that they were playing unfairly,
and he was furious when they told him that he would play the same way if he was in their position.
He was adamant that he would not play unfairly.
We discussed his feelings and then we talked about what he could do to make things right with these particular friends. I was surprised when he said,
"In our class we have 'I Messages.'"
And then he spoke about how he used 'I Messages' to tell them that he felt frustrated when they played that way and they apologized to him, so the problem was taken care of.

He's responsible, mature, confident, smart, and dependable.
He's also still 7 years old,
which means he still likes me to cuddle him close when he says his prayers,
he still loves going on outings with his parents,
he still thinks our jokes are hilarious,
and he still loves the notes I send him in his lunch.