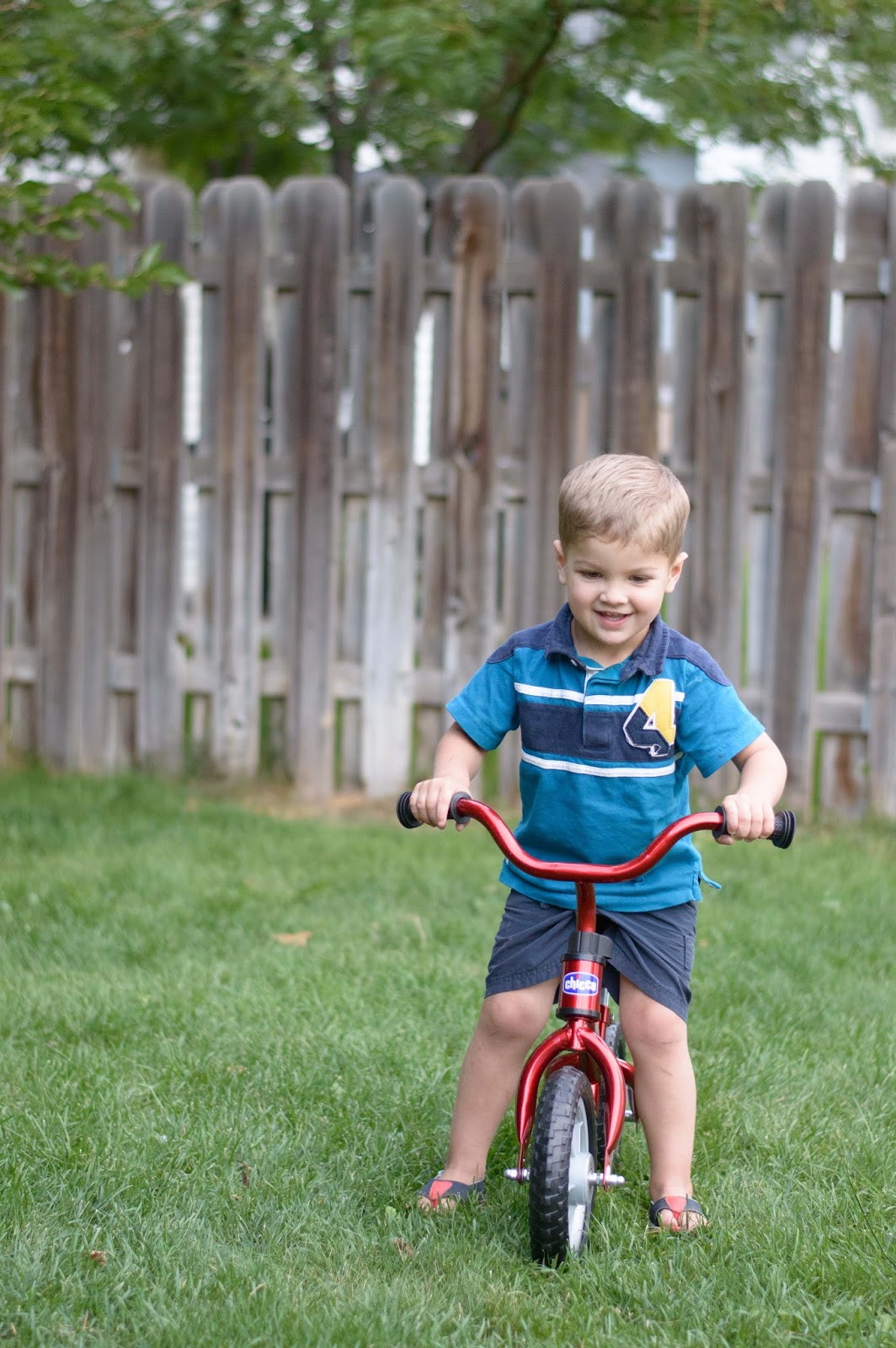 It's hard to believe my energetic, joyful, proactive, independent, smart baby boy is THREE!
We had a great day celebrating him.
We started out the day with chocolate chip pancakes,
and then we headed over to visit Grandpa & Grammy where he got to pick a present from "Grammy's store."
I was happy when he picked exactly what I thought he would--a set of 12 pairs of decorative scissors. It's always nice to receive confirmation that I actually do know my kids, as sometimes I think I lack the "mother's intuition" people always talk about.
Lincoln is kind of obsessed with cutting up paper!
After lunch, he took a nap, and then we headed up the canyon to have a picnic dinner with Grandma & Grandpa Brady and Uncle Joj & Aunt Hillary.
When we got home, he went on a hunt for his presents. His main gift was a balance bike, which he is pretty excited about!
When I asked him what his favorite present was, he said, "The band-aids, and the praying mantis, and the balance bike!"
(Yes, he got his own box of band-aids, and Sam discovered a praying mantis in the grass while Lincoln was finding his presents. Easy to please!)
Then we dove into his Daniel Tiger birthday cake (so simple and so loved by the birthday boy!)
and called it a night. 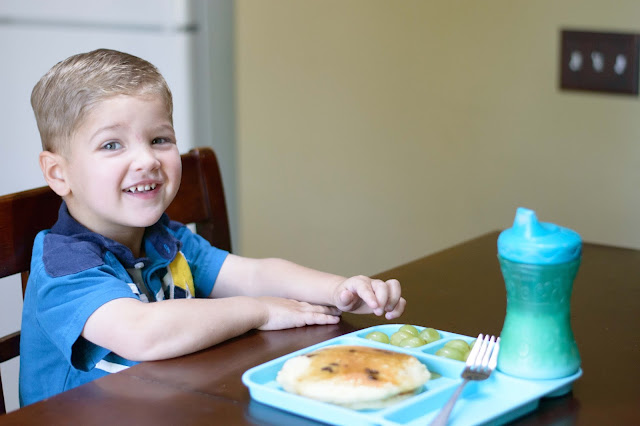 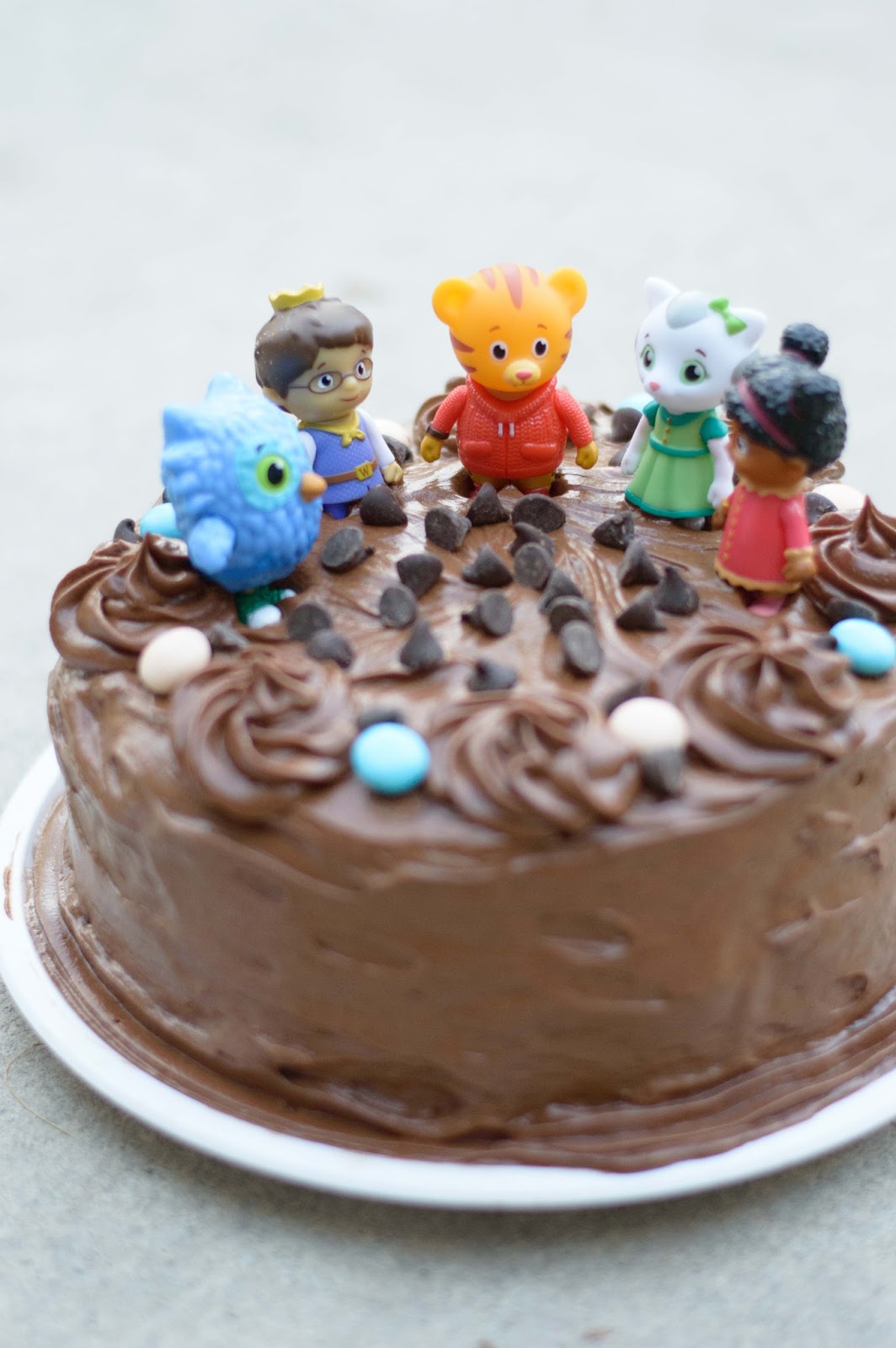 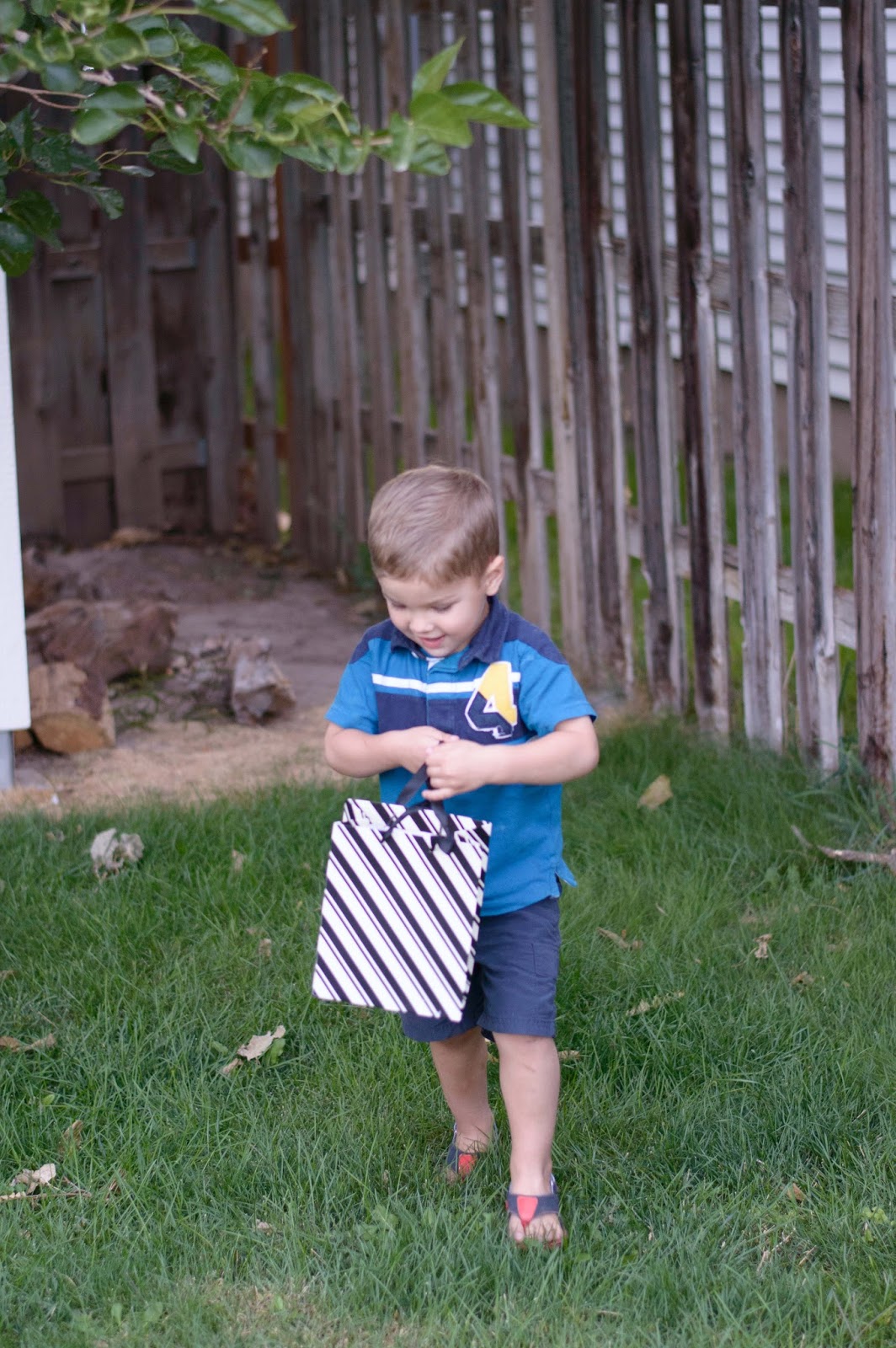 Lincoln is the most jovial little boy.
He makes people feel so good as he greets them with a shout and runs full-speed to launch himself into their arms.
He loves Nursery at Church--on Sunday we had a regional meeting so he didn't go to Nursery as usual. Later in the day I asked him, "What makes you happy?" He replied, "Going to Nursery. And NOT going to Nursery makes me sad."
He has a super memory and makes us laugh as he can hardly contain himself while playing Memory--he frequently picks up the matching card and gives it to someone when they flip a card over while exclaiming, "You got a match!!!"
He is incredibly observant. He is the first one in the car to ask where we are going if we drive an unexpected route. He is especially observant when it comes to procedures.
He is also very proactive. From the time he was a year old, if he wants something done, he is inclined to do it himself. Consequently, I will sometimes discover muddy footprints on the counter, a cup with a few remaining drops of milk, a soggy milk-soaked towel in the sink, and an almost-cleaned-up milk puddle in front of the fridge. He just takes care of things himself rather than asking for help most of the time!
He loves chicken, black beans, fruit, chocolate bran muffins, Annie's "bunny pasta," and yogurt.
He runs up the stairs in a way that cracks us up as he flings his legs to the side and goes up so fast.
He loves singing. His favorite song is "Two Thousand Stripling Warriors" from a CD we have.
He is very polite and loves exclaiming, "THANK you!!!" to people.
He ADORES Maxwell and is constantly getting in his face saying in baby-talk, "Oh yeah? Oh yeah? Do you wuv me??"
He has the most excitable, happy little spirit and he brightens up our home.

How we love our Bobo-Linc!
Posted by Kaitlyn at 8:02 AM