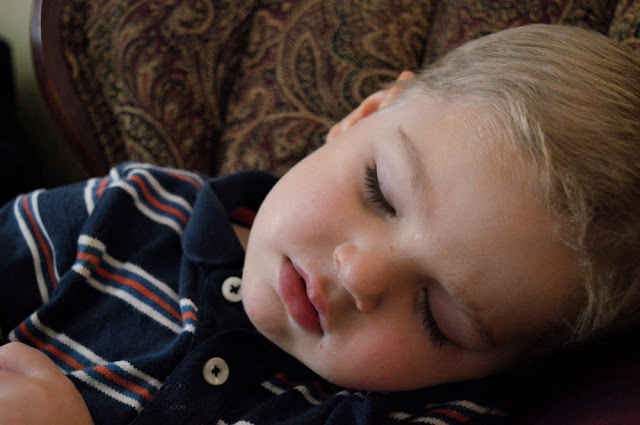 Poor Lincoln has been pretty sick the last few days.
After I took him to the doctor and was told he likely had either RSV or mild pneumonia,
I was told he didn't need to go to the hospital for testing since he was eating and drinking, but they would treat him for both, just to be careful.
I went to the grocery store after his appointment to pick up his medicine,
and while the prescription was being filled I did a little shopping.

And there, right in the front of the store,
my poor baby had such a severe coughing fit he threw up all over me.
Motherhood has many moments of beauty, but that was not one of the finer ones.
I developed a greater appreciation for the baby wipes in my purse as I began trying to wipe up the mess the best I could
while also trying to ignore the concerned stares of passers-by.

Needless to say, we've been spending a lot of time resting over the last little while.
And Lincoln developed quite the affinity for "Daniel Tiger's Neighborhood" as I used the computer to try to get him to lie still when his coughing and distress got intense.
I'm so glad he's finally on the mend!

I'm also glad it's date night, we finally got a Costco membership, our car has seat warmers in it, my husband sends me ridiculous e-mails that make me smile (in "Ewokese," yesterday), my mom trimmed my hair and gave it a fresh color, and my 4-year-old loves cuddles and butterfly kisses.
Things are looking up!

Happy weekend to you! 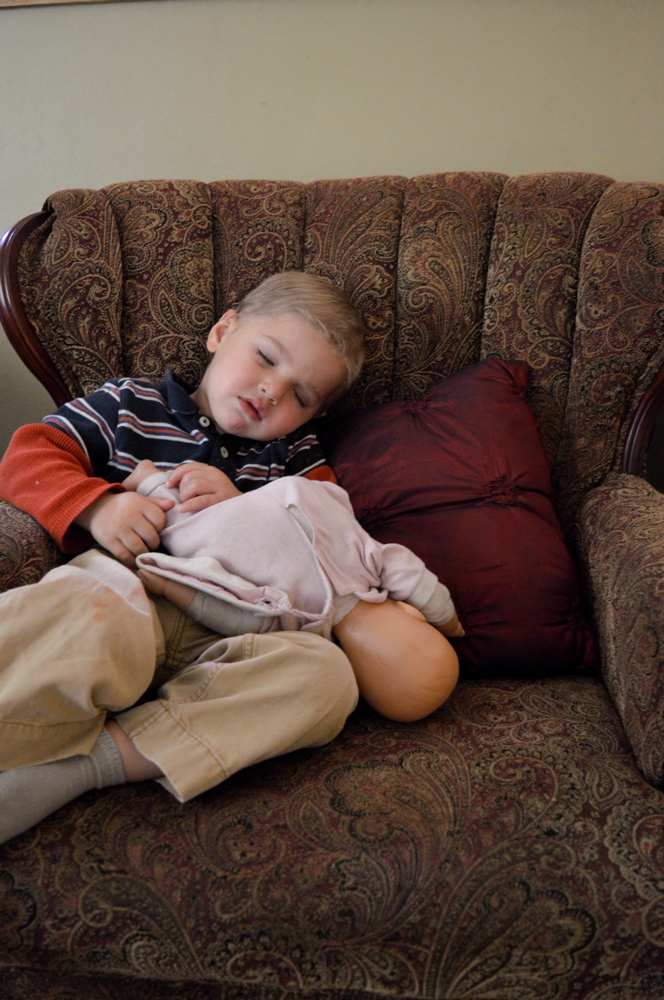