Now He Is Six

It is all still so clear in my mind...
the way I woke up, 4 days past my due date, and thought some fluid was leaking,
the way I lay in bed and ate a bowl of Cheerios as a strange burning sensation spread through my abdomen every five minutes,
the way I called my mom and the on-call nurse with great uncertainty and was told to come to the hospital,
the way we dressed for Church just in case we had to take the walk of shame out of the hospital,
the way we were checked in and labor pains quickly picked up,
the way we officially became parents at 5:45 pm,
the way our newborn son didn't even cry at delivery, but just strained to hold up his own head and began moving his eyes all over the place, trying to take in every detail of this strange new world,
the way I was filled with such a profound sense of joy and love I felt I might burst...
it's all still so clear.

And now he is six. 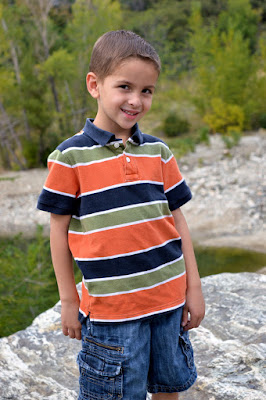 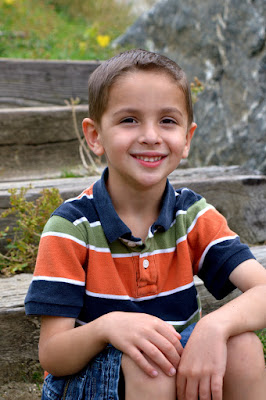 -Talmage has great characteristics for an oldest child. He is very responsible, aware, and rule-oriented which makes him a big help as he watches out for his younger brothers and sets a good example.

-He has a very tender heart. While he may seem argumentative at times, the smallest reprimand or rebuke fills him with great sorrow. While that used to motivate him to lash out even harder, he has started to expose his tender feelings more and more. He has shaped and molded the way we discipline, and we seek to do so in a loving, logical, matter-of-fact way rather than bringing negative emotion into it.

-He loves to serve. He is at an age where he is constantly seeking approval, and he finds great joy in serving his brothers, especially. He often saves the last bit of his treat to give to one of them or insists that they go first. That trait has influenced his brothers as well, and few things fill me with greater joy than watching them eagerly serve one another! 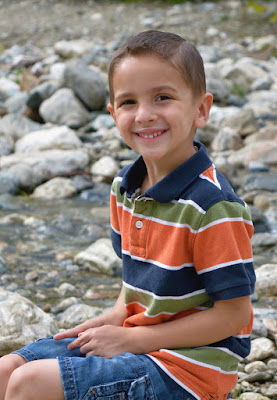 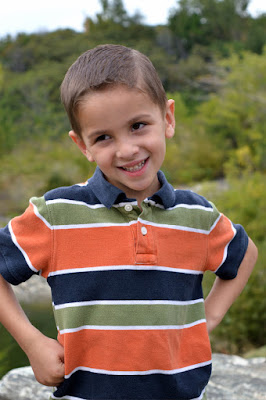 -Talmage is very studious and loves to read. Teaching him to read was one of the most satisfying things I have been able to do, as I have come to love to see him get lost in a book or sit and pore over his latest non-fiction volume while spouting off scientific facts. He also frequently reads books to Wesley, and seeing the two of them cuddled up in a chair, huddled over a book fills my heart with joy. "Reading opens up a whole new world!" I would tell him when he wasn't always enthusiastic about the learning process. I love seeing him become acquainted with that new world.

-He is extremely observant. I recently remarked to Sam that I think it would be exhausting to be Talmage, because he seems to be tuned in to everything around him. As we drive, we are peppered with questions about license plates, bumper stickers, billboards, why we are going a different route or are in a different lane than usual, and on and on. He is constantly seeking information. 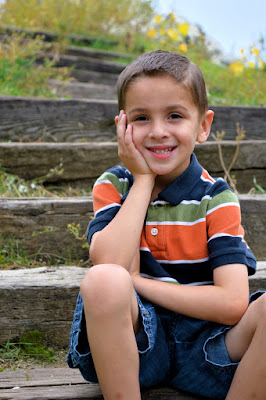 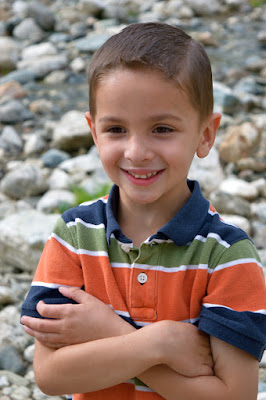 -He loves chores I give him such as helping to unload the dishwasher, clipping off dead flowers, washing the sliding glass door, starting the laundry, or vacuuming. He doesn't enjoy his routine jobs (like making his bed or cleaning his room) quite as much, but he (and his brothers) get so excited about other chores I come up with.

-He is an auditory learner and seems to have a near-photographic memory, which means if you tell him something he will likely remember it forever. He has a certain look he gets on his face when he is in what we call "memorization mode," with his mouth partway open and his eyes staring off into the distance. He often asks, "Mom, remember when..." and then recites an extremely detailed memory from years ago.

-Over the years we have learned that changes are hard for him to handle. He likes routine and tends to ask a lot of questions if something is changing so that he can feel more in-control of the situation. He often asks me questions about when we move (which probably won't be for a couple more years) because he is already anticipating the change. The one change, however, that didn't seem to affect him negatively was starting school. He loves school and has been at his happiest and most well-behaved since beginning a month and a half ago. 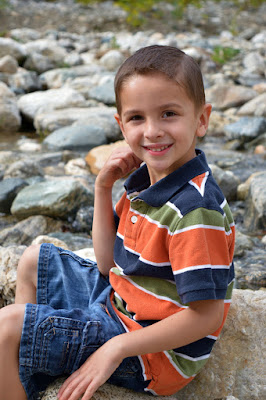 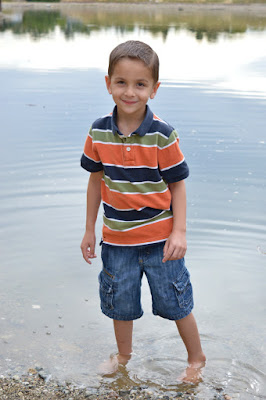 It has been an absolutely joy to see this boy's personality emerge. He has definitely helped define us as parents, and we are constantly grateful for his pure desires to do the right thing.
I am so, so grateful for the opportunity we have to have this child in our home!
Posted by Kaitlyn at 12:54 PM