There is certainly no shortage of laughter at our house.
I could write a book of the funny things these boys say!
Some of today's funnies:

-Talmage told me with great drama, "Mom, one of Grammy's neighbors is learning the curse of writing!!!" After stifling my laughs, I explained that it is actually "cursive" writing.

-Talmage was explaining that a girl in his class is a bit of a bully and would always hurt the boy sitting next to her, so the teacher had to move the boy to a new seat and now the girl doesn't sit by anyone. He told me she is always grumpy and mad and I said, "I hope you're nice to her anyway!" He replied, "I am. She's my favorite friend! She's never mean to me!" Hmm...

-Talmage has no boundaries when it comes to making friends. While he knows the safety rules very well, he loves people from babies to the elderly. I have a couple of 10-year-old piano students and they always gladly go play with Talmage while I teach their younger sisters, but then their younger sisters likewise play with him during their brothers' lessons. In fact, they even argue about who gets to play first! He sits by the school bus driver on the way to school and talks to him the entire way. When we went to the dinosaur park last week, we got back a couple of minutes after the bus came so I had to drop Talmage off at school. He was quite angry about it and when I said, "But wasn't the dinosaur park fun?" he responded, "Not as fun as the bus!!" 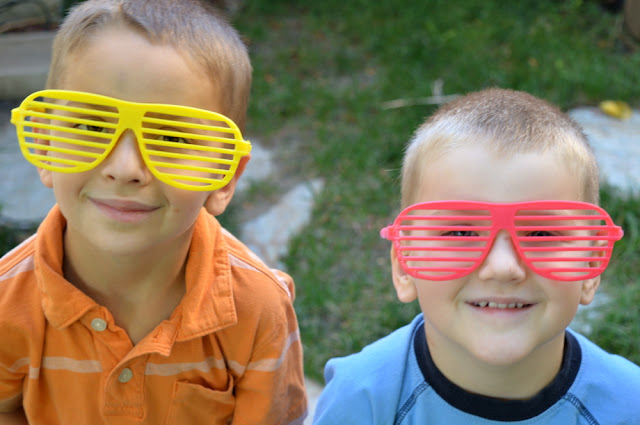 -And Lincoln...well...just about everything he does is hilarious right now, but it's not quite as easy to convey the humor of his actions through words. But this happened yesterday. When you're a mom of three boys, you learn very quickly that the primary function of a nose is to be a receptacle of a wide variety of small objects, from roly-poly bugs (true story) to Legos to Tinkertoys. 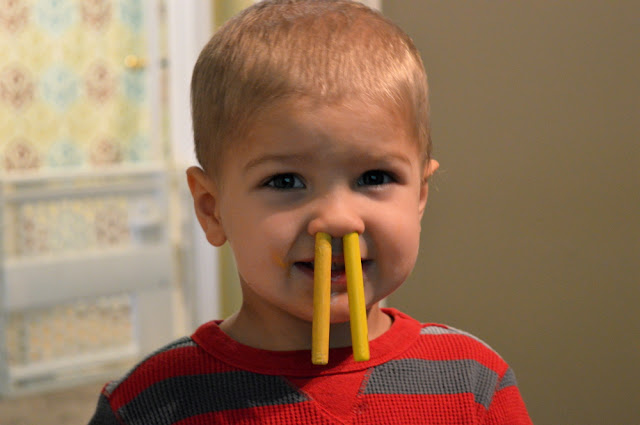 My little sillies certainly do keep life interesting--never a dull moment!
Posted by Kaitlyn at 10:24 PM