On Saturday morning, thanks in part to a friend's suggestion about structuring family activities on Saturdays (thanks, Alyssa!),
we loaded the boys up and headed to the Hill Air Force Base Museum (it's free!).

It was the perfect winter family outing,
and the boys loved every second of studying fighter jets and their associated displays. 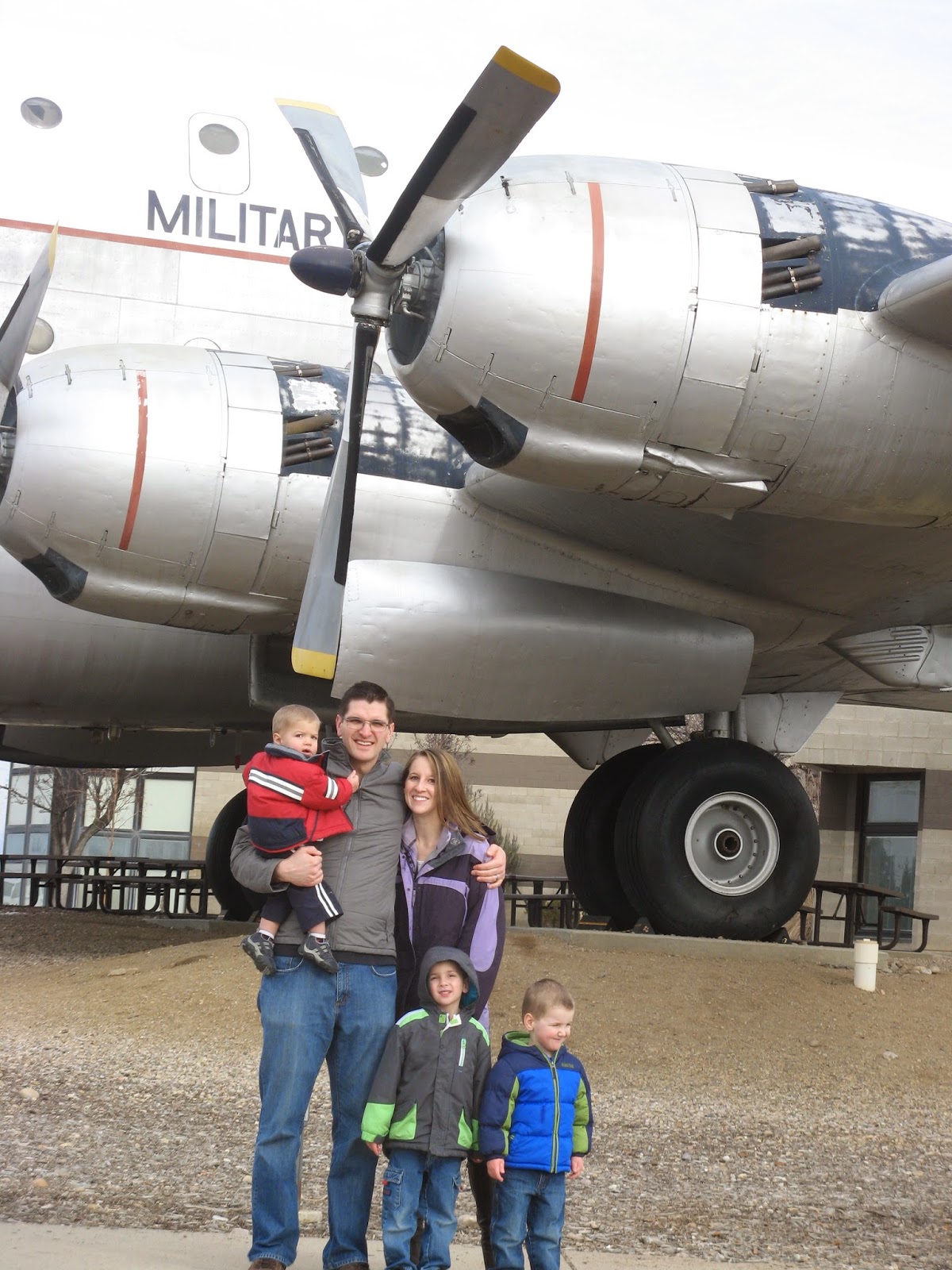 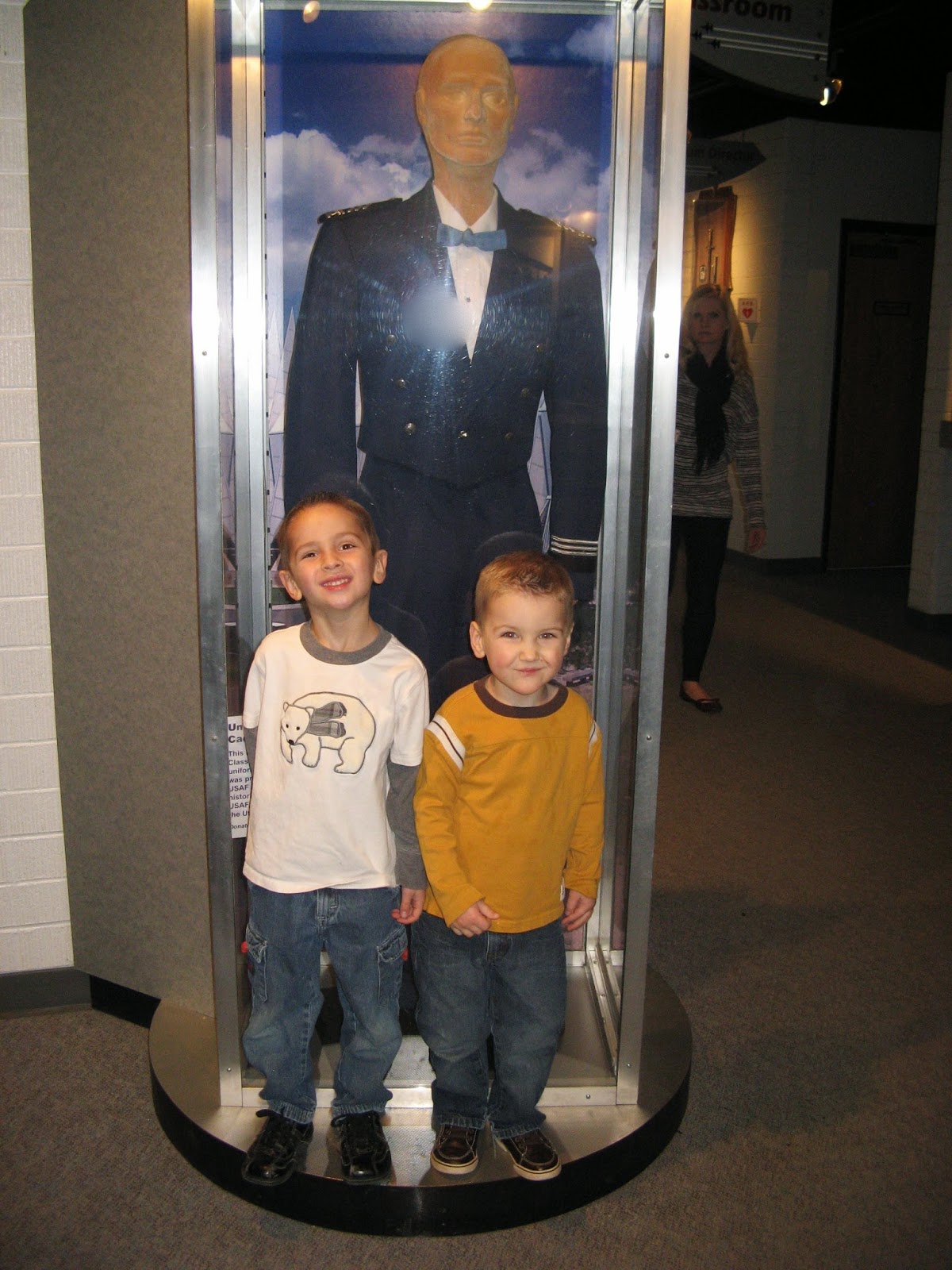 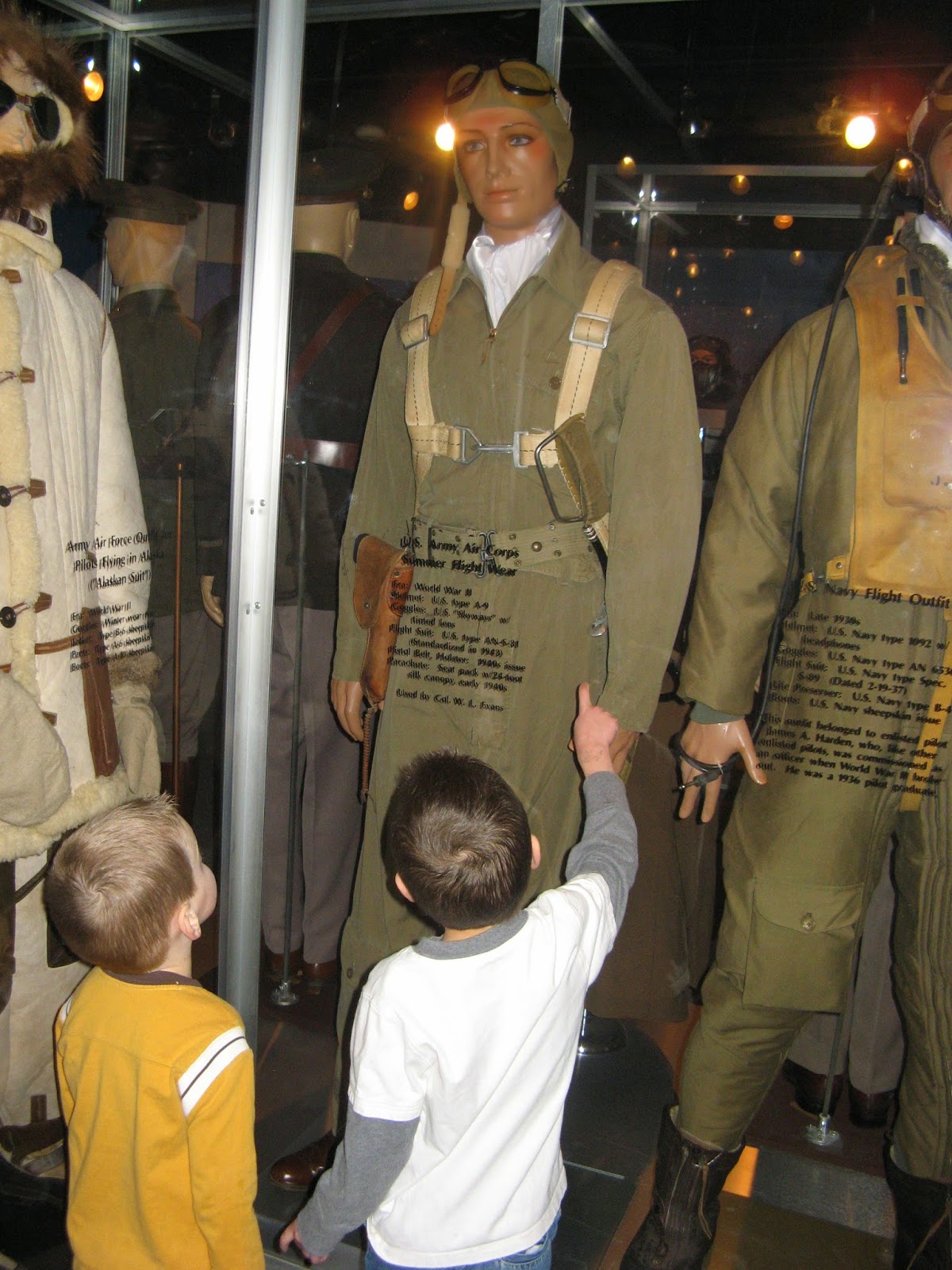 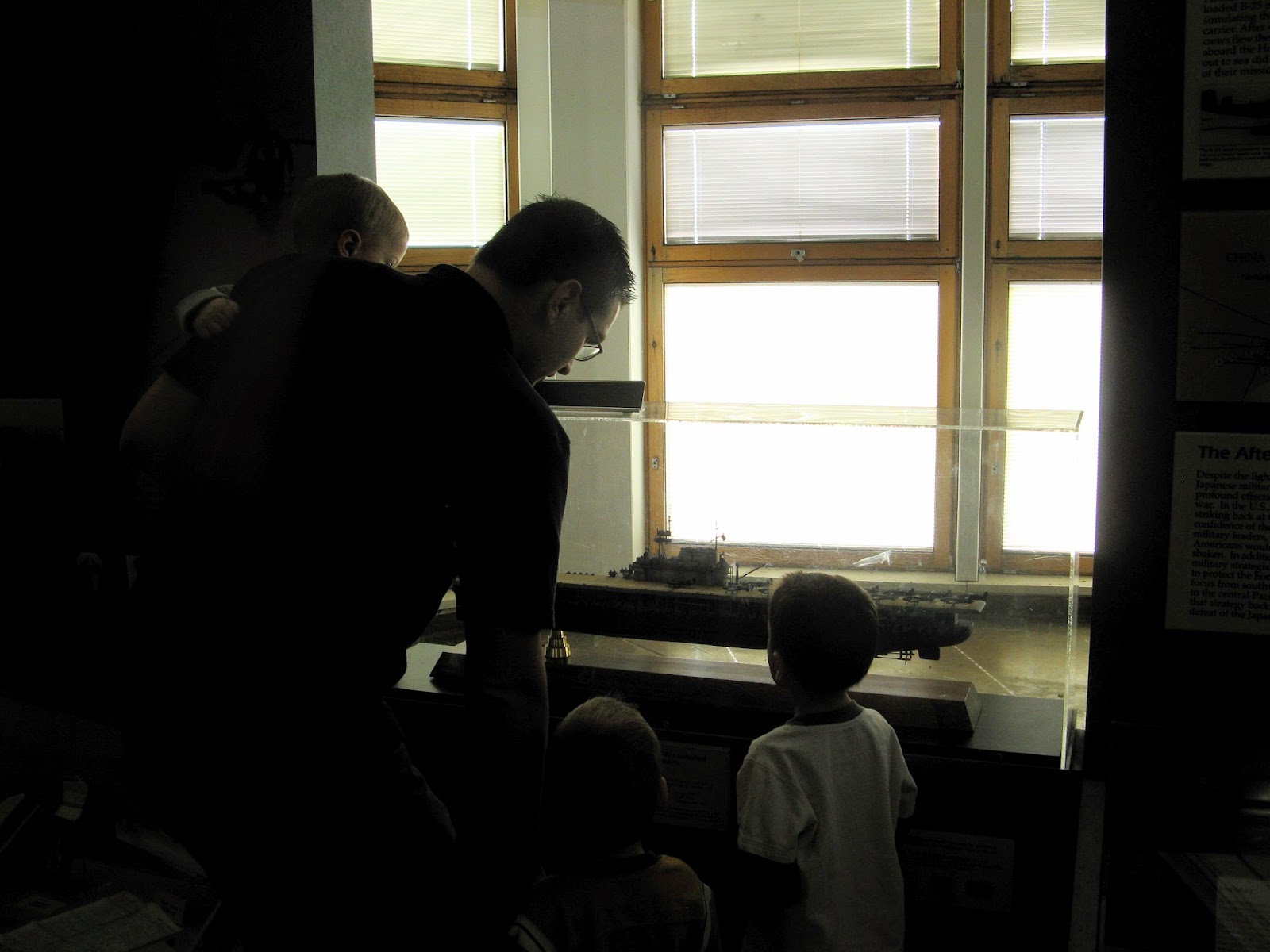 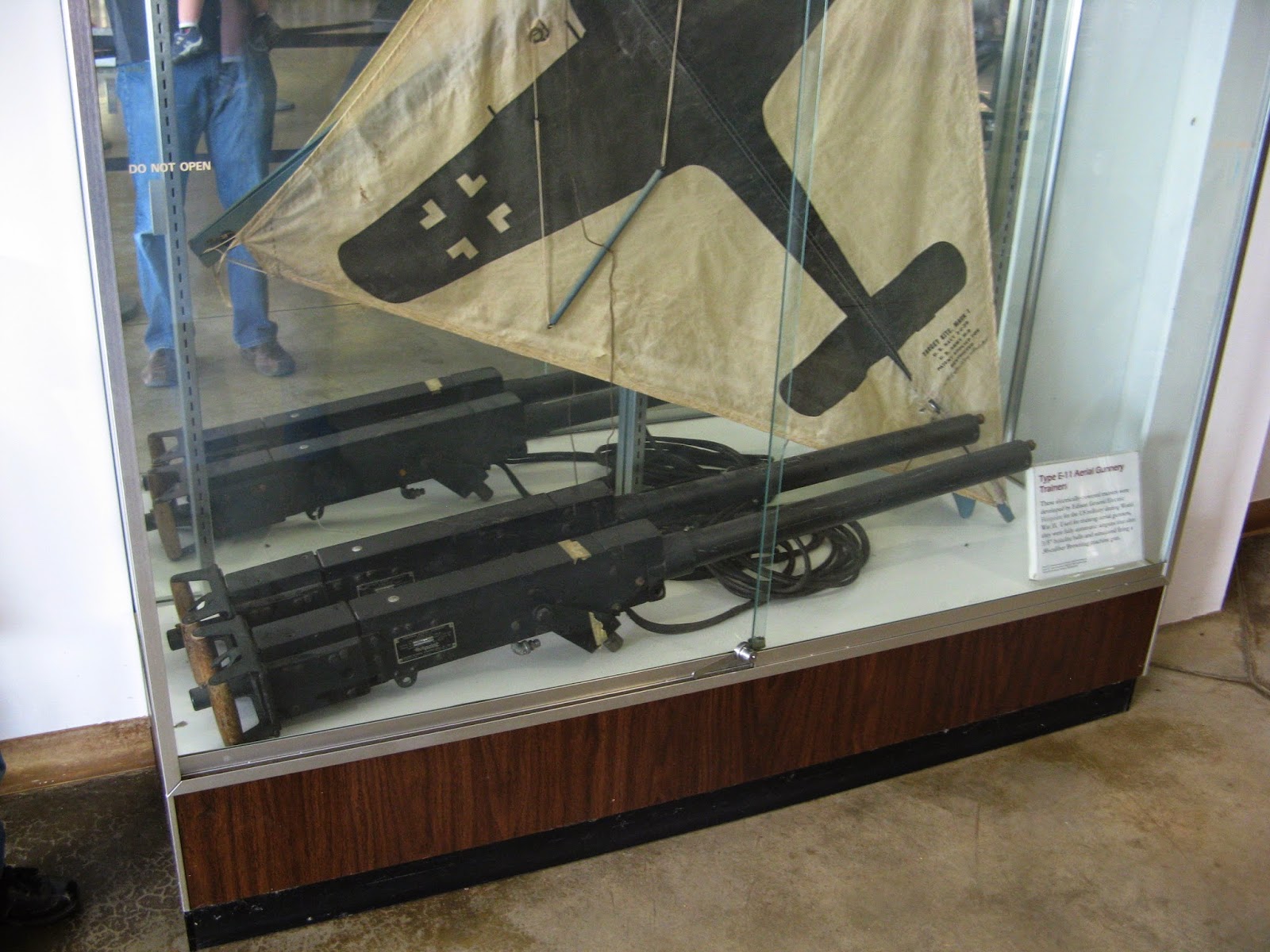 My grandpa fought as a tail gunner on a B-17 during WWII.
It was sobering to visit the B-17 in the museum and tell my wide-eyed boys his story.

The tail gunner is generally accepted as the most dangerous position in these planes,
with the highest fatality rate.
The average life of a tail gunner was only 2 missions.
My grandpa had a new bride and a baby son he'd never met waiting for him at home,
and every time he got into the plane he was convinced his life would end.
He would tell himself, "Well, if I die this time I'll never have to go to the dentist again." 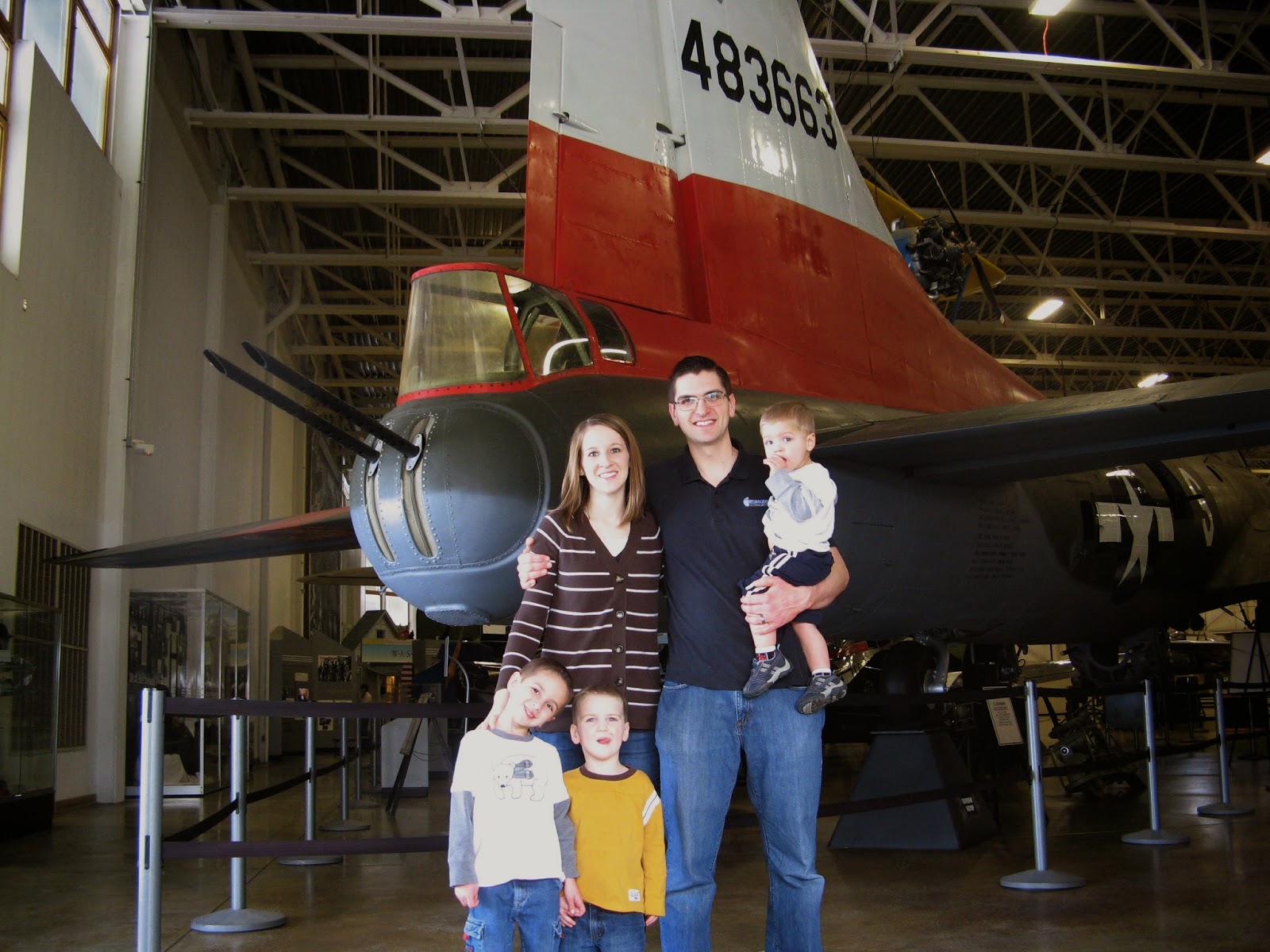 And with that, he would climb into this tiny cavern surrounded with windows
on the back of the plane,
sit on a wooden bicycle seat with his legs doubled over,
his feet balancing his weight behind him,
hunch way over, and fly, at times for more than 5 hours, with no idea what was happening to the front of the plane.
In those precarious circumstances, my grandfather beat the average of 2 missions
and completed an incredible 34 missions as a tail gunner.

There were several times that shrapnel broke the windows and flew into the plane around him.
He miraculously survived even though his frame filled almost the entire cavern and there was little room to spare.
At one point some shrapnel entered the plane, went through the inches-wide gap between his head and the ceiling, pierced through the wall behind him into the main airplane cavern, turned in mid-air, went through another serviceman's foot, and then exploded out the bottom of the plane.

It's difficult to grasp the incredible sacrifices that have been made to keep this country free.
It is both humbling and gratifying to teach our children to appreciate these sacrifices. 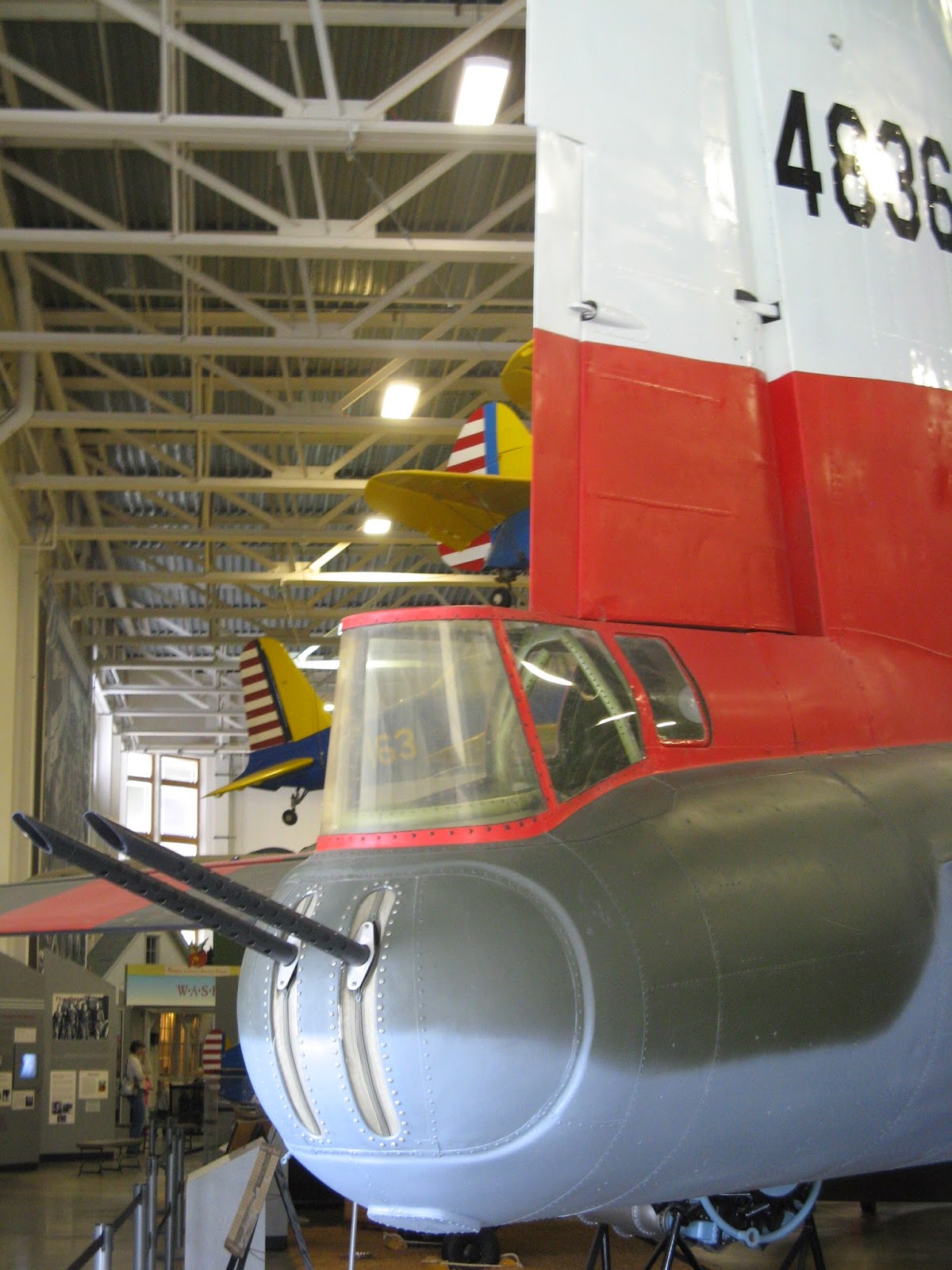 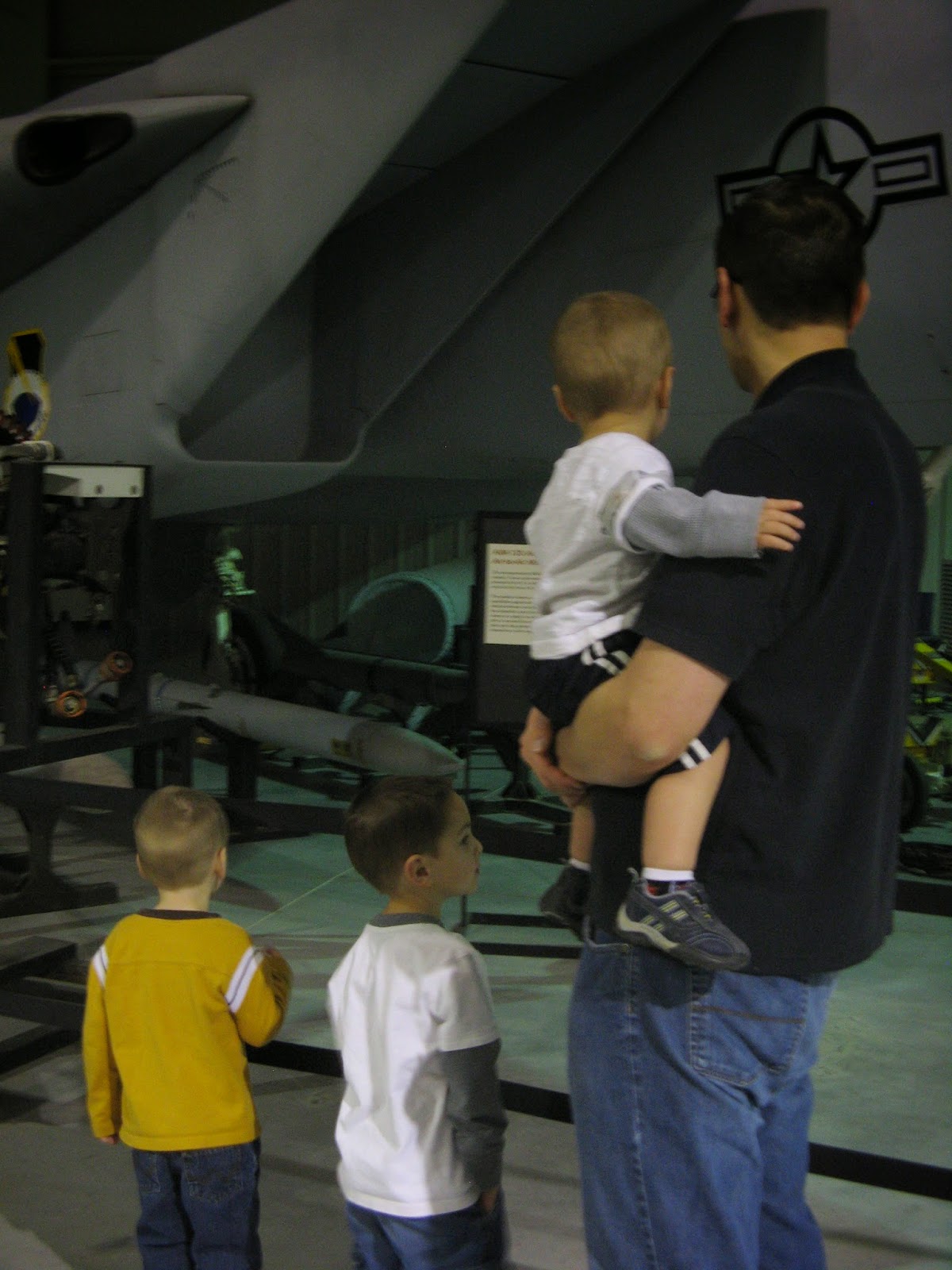 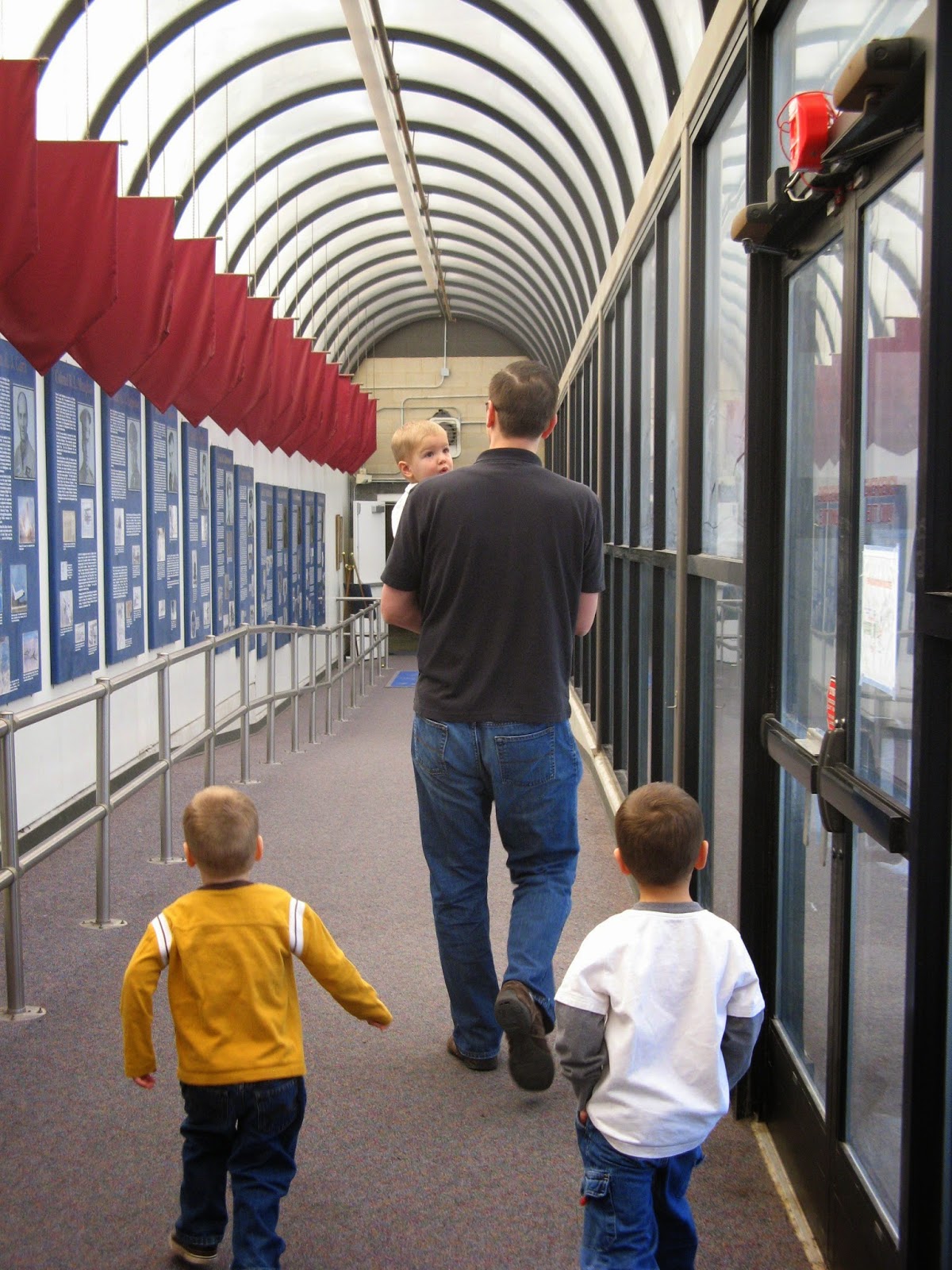 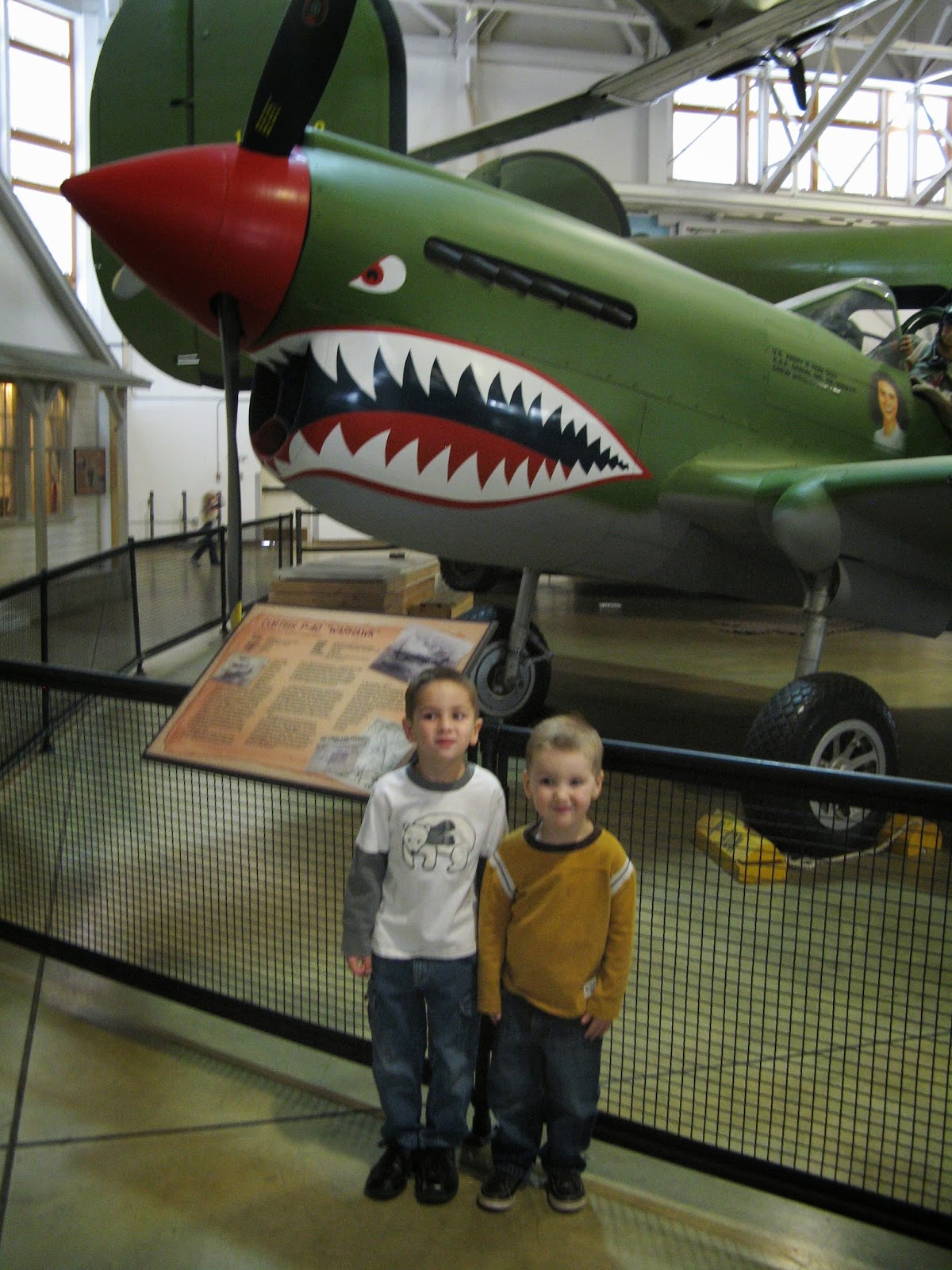 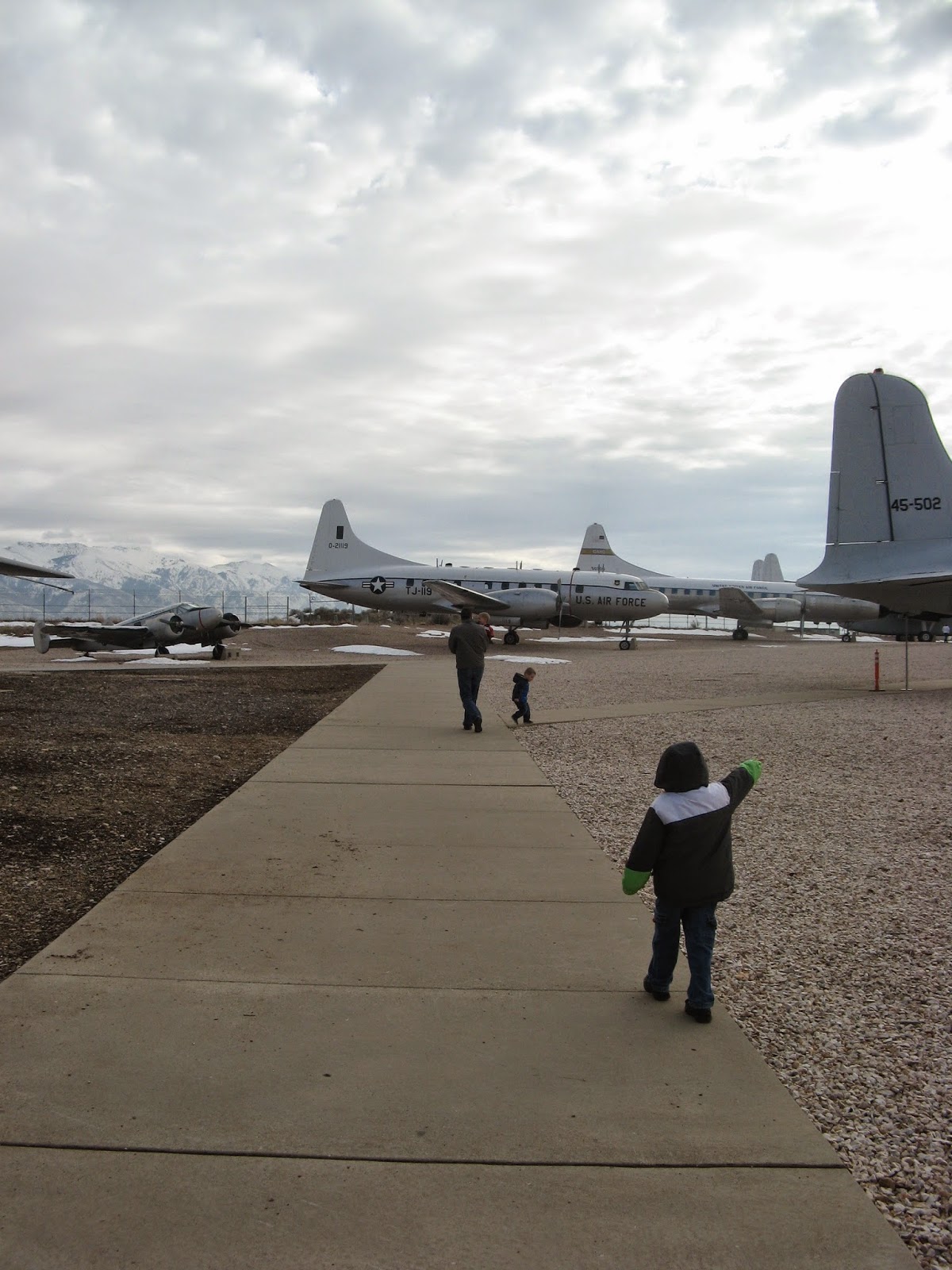 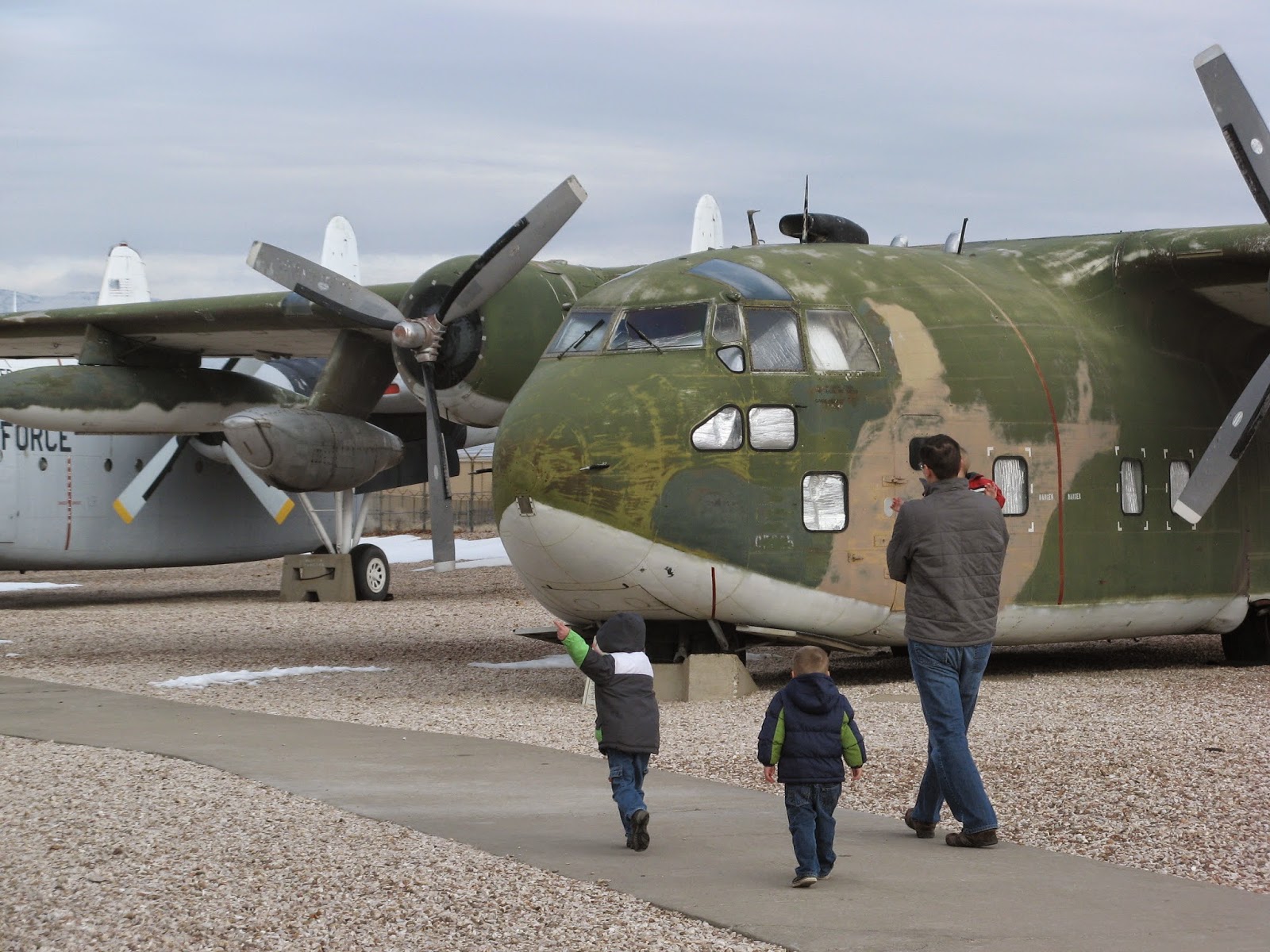 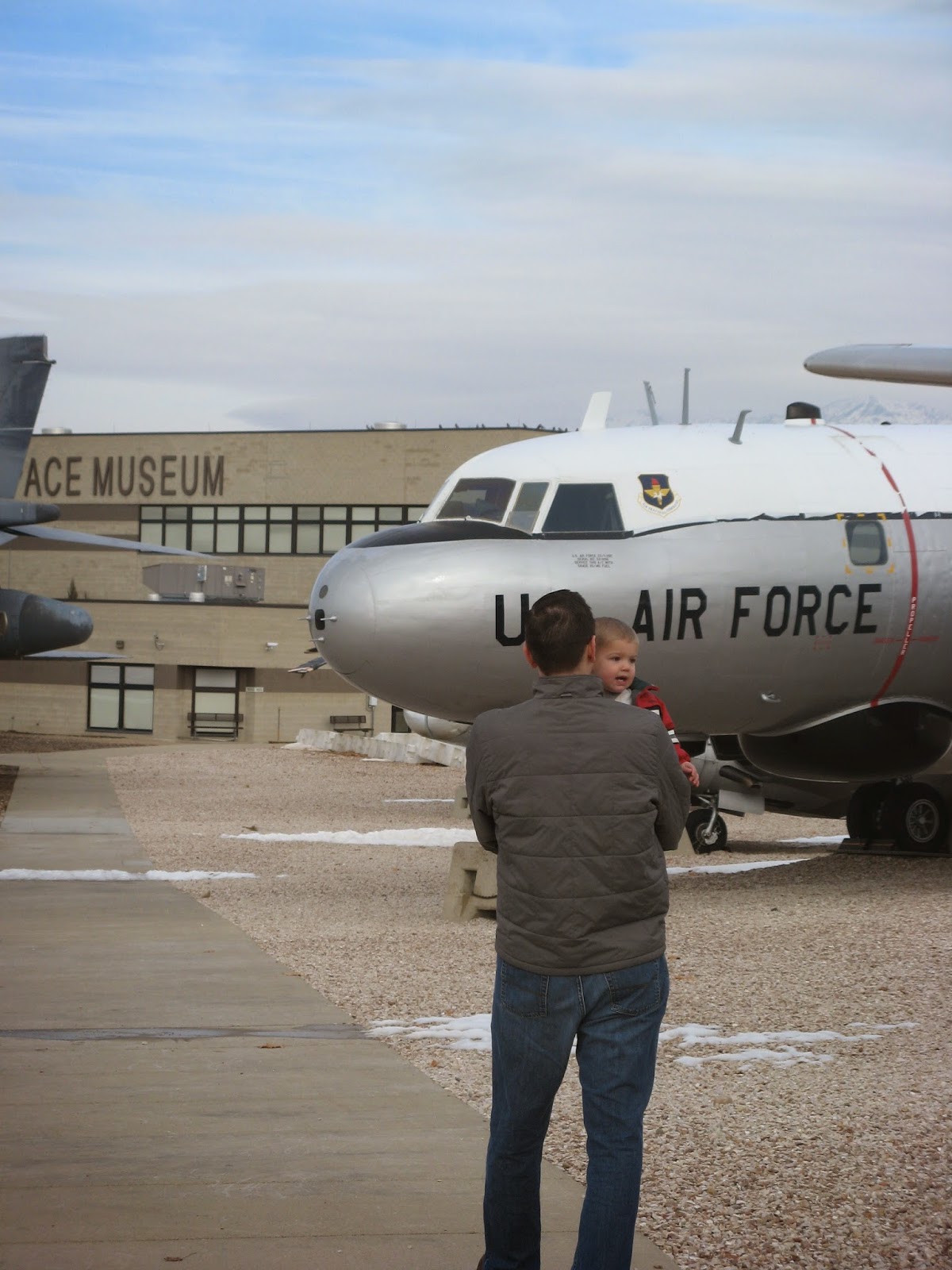 What a wonderful experience this was for our family,
and a great opportunity to teach our children some more about their heritage and their nation.
I'm sure we'll be visiting again soon.

How grateful we are for the freedoms we enjoy.
Posted by Kaitlyn at 12:00 AM