Oh, What Do You Do in the Wintertime?

Oh, what do you do in the wintertime
when all the world is green?
Do you pretend you're an angel with a flaming sword
and preach sermons to the "bad guys," aka the fence? 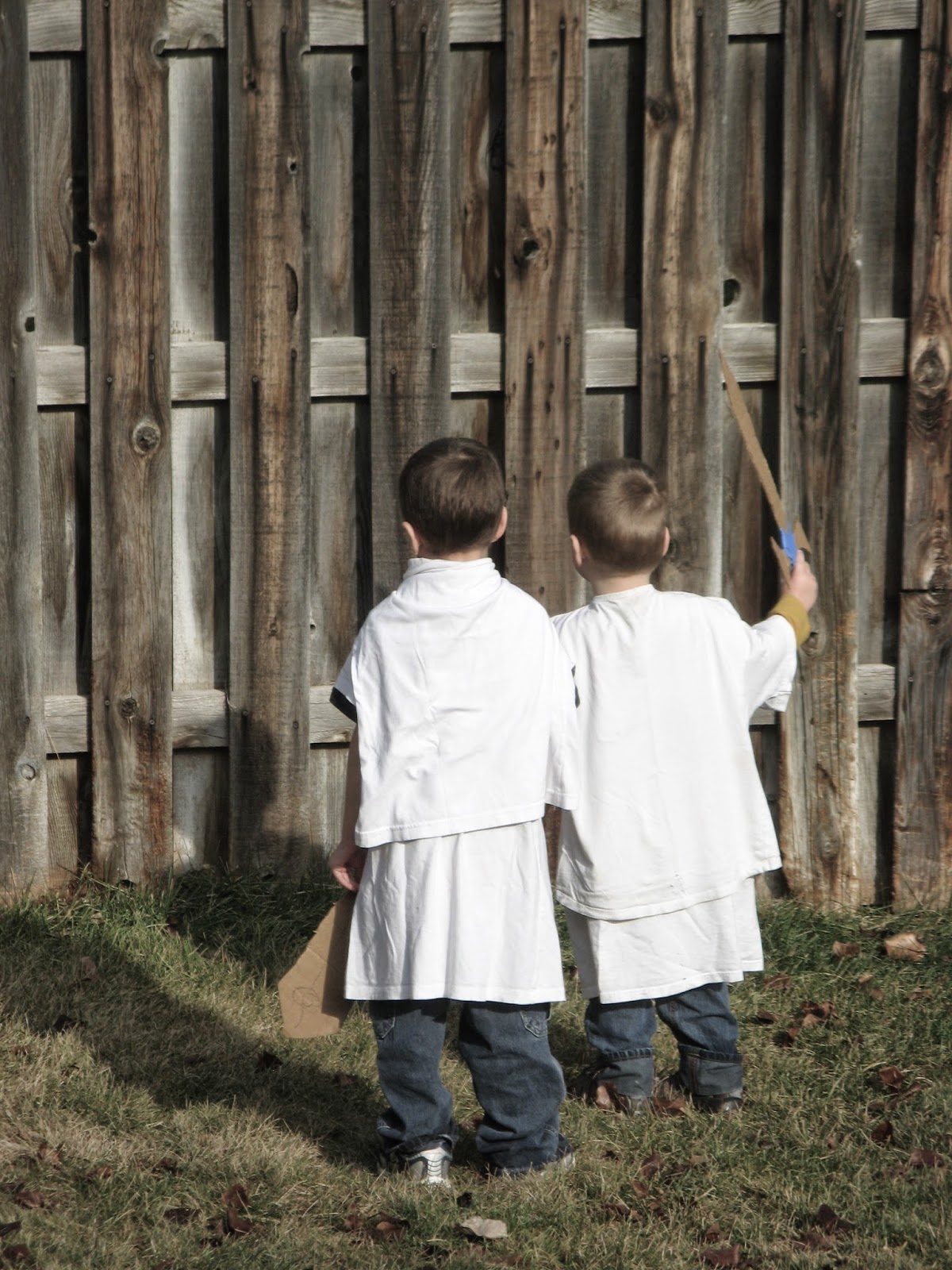 No?
Well, that's precisely the activity for which these two littles decided the unseasonably warm weather was perfect.
(Blame Sam and his fixation with not ending sentences with a preposition for that awkwardly-worded but grammatically-correct sentence.)
And with Talmage's natural oratory abilities, it was quite the powerful sermon. 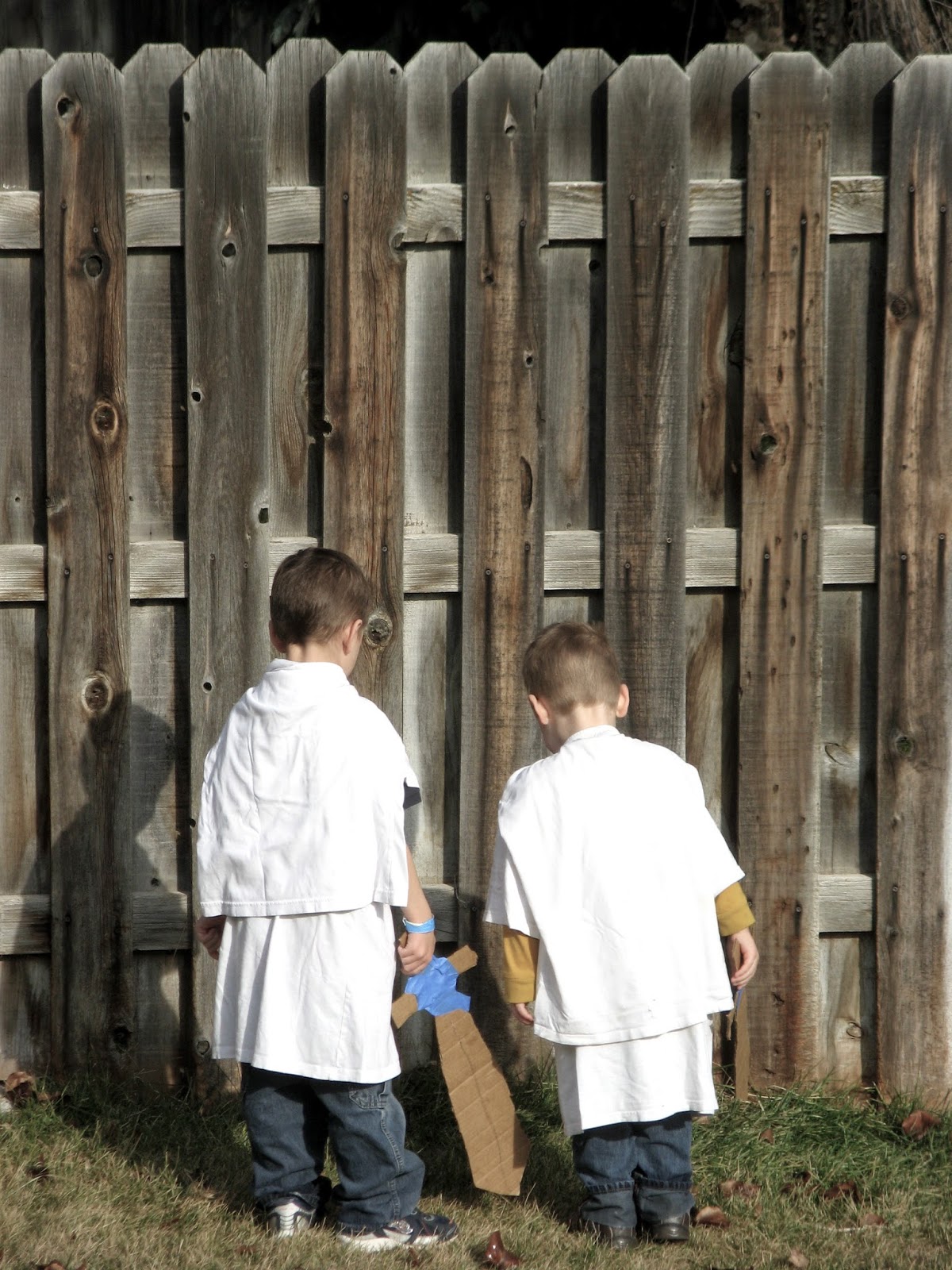 I remember the games we would play as kids...
we were orphans trying to escape the evil matron and make it on the streets,
or lab monkeys being experimented on, secretly smart but playing dumb to the scientists while we planned our strategy to get away,
or astronauts forging into the unknown in space.

And it makes me so happy to see my kids playing in the same way.
A couple of days ago they burst breathlessly into the house and said,
"MOM! Mom! We've just killed the mommy and daddy coyote because they were about to attack us, and now we're trying to find a bed for the babies!"
I followed them outside to find an assortment of objects nestled in the crook of the tree,
forming a makeshift "bed" for imaginary baby coyote orphans.
As Sam said, it was quite a gripping story!

And every once in a while,
I put down the broom or set the laundry aside and join in the pretending...
pretending to be the one they're trying to put in jail and having a spell put on me to make me fall asleep but being saved by fairies and then putting up a force field,
or transforming into a wild tickle monster the boys have to get past.

And it takes me to another world I experienced long ago
while simultaneously enriching the one in which I currently live.
Pretending.
It just makes me so happy.
Posted by Kaitlyn at 12:00 AM